The congressional majority has rushed the plan through Congress with hardly any time to discuss the ways it will affect the lives of their constituents. Republican majorities in the House and Senate passed bills without a single hearing and without a single vote from the other side of the aisle. The Senate bill was being drafted for weeks, but the text of the final bill wasn’t released until the evening of Friday, Nov. 30. Members of the Senate minority had mere hours to review a 479-page billwith handwritten changes scrawled in the marginsbefore it was voted on at 2am. Even before members of the House and Senate met in a conference committee to reconcile differences between the two bills, majority leaders had already reached an agreement on key provisions of the bill.

The deal reached by the conference committee may differ from the bills passed by the House and Senate bills, but the priorities remain the same: massive corporate tax cuts and massive tax cuts for millionaires and billionaires. The congressional tax plan would undermine LGBTQ people’s economic security, make it harder for them to get health care, and weaken government programs that help them meet basic needs.

As the conference committee convened for their first (and only) public meeting, hundreds of people, many with physical disabilities, descended on the U.S. Capitol to plead their case to their Senators. Their protests were ultimately ignored.

The most alarming provision of the Senate tax bill, which is retained in the joint resolution of the conference committee, is undermining the Affordable Care Act (ACA). Sixty-five percent of LGBTQ Americans with pre-existing conditions depend on the ACA, also referred to as “Obamacare,” as a lifeline.

Among them is Steven Martin, who was diagnosed with a rare type of blood cancer at the age of 26. When his doctor told him that the annual cost of his cancer treatment was $140,000, Steven’s first thought was that he was going to die. Without health insurance, Steven made difficult choices with his limited budgetsometimes skipping a car payment or groceries.

The ACA made it possible for Steven to get covered. His health insurance not only gave him access to high-quality care, but it also allowed him to dream of a future with a career, a husband, and a family.

The ACA has dramatically improved coverage among LGBTQ people by making health insurance affordable and prohibiting discrimination in healthcare settings. Before the ACA was fully implemented, 34 percent of LGBTQ individuals reported that they were uninsured. By 2017, that number had dropped to 22 percent.

The congressional tax plan would stop this progress on the LGBTQ coverage rate by repealing the individual mandate of the ACA. 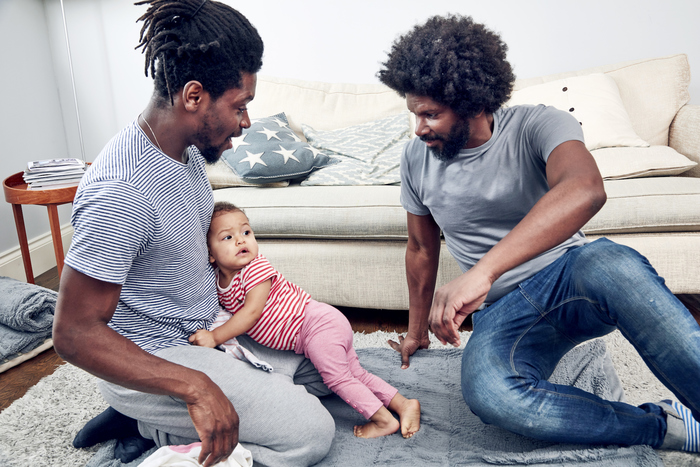 The individual mandate requires most Americans to purchase health insurance. Repealing it would raise premiums by about 10 percent and leave 13 million more Americans uninsured by 2027, per estimates from the nonpartisan Congressional Budget Office. Without the individual mandate, young, healthy people would drop out of insurance coverage. The remaining enrollees in the pool would be sicker on average, forcing insurers to raise premiums, which would, in turn, discourage more people from getting covered through the individual marketplace.

Without insuranceor insurance that they can affordpeople would not be able to get medical care when they need it. Like Steven, they may be forced to choose between basic necessities and paying a doctor’s bill.

The individual market is particularly important for same-sex couples. Lesbian, gay, and bisexual (or LGB) individuals continue to face discrimination in the workplace, which may create obstacles to getting coverage for their significant other through their workplace. In a 2017 survey, LGB people were less than half as likely to report that they were covered under a spouse or partner’s employer plan than heterosexual individuals.

This is hardly the first time the ACA has come under attack. The congressional majority has introduced numerous bills to undermine the ACA this year, but a remarkable display of “people power” has defeated every such attempt. Since any repeal of the ACA failed as part of health care reform, Senate majority leaders have made it part of their tax reform plan.

While Congress is seeking to undermine the ACA, it is important to stress that these changes have yet to occur, and affordable options are still available. Right now, most people will be able to purchase coverage for less than $75 a month, and many young people may be eligible for zero-premium plans. By shopping around on HealthCare.gov or their state health insurance exchange, LGBTQ people may find that they are eligible for Medicaid or for advance premium tax credits that make their plans more affordable.

The Trump administration, however, has cut the open enrollment period in half. Federal agencies have taken many other actions this year to sabotage the ACA, such as announcing the cessation of cost-sharing payments that lower out-of-pocket costs for low and moderate-income people, in accordance with the President’s stated desire to let the ACA “explode.” People in most states need to renew their plans or enroll in new coverage by the Dec. 15 deadline (today!) to take advantage of these affordable options.

Another key component of the tax plan is that it would lead to spending cuts to critical programs for the LGBTQ community. Since the plan gives handouts to millionaires and big businesses that are not paid for, it would raise the deficit by $1.4 trillion, triggering automatic cuts to government programs.

Lawmakers are already signaling that they will use the deficits resulting from this plan to justify cutting other government spending. A number of other vital government programs that help LGBTQ people like public housing, Social Security, and SNAP could face cuts. Research has shown that LGBTQ individuals are more likely to be living in poverty and, thus, to rely on programs such as SNAP, formerly known as food stamps.

The Medicare program, which helps LGBTQ older adults and people with disabilities access health care, could be slashed by $25 billion next year. Cuts to these government programs would make it harder for LGBTQ people to meet basic standards of living.

Even though the bills increases the maximum amount of the credit from its current level of $1,000 (to $1,600 in the House bill and to $2,000 in the Senate version), it is not fully refundable. The refundable amount of the credit is limited by a parent’s annual income, so a family in poverty would only receive a tiny fraction of the expanded credit. In other words, the poorest families might not make enough money to receive the full benefits of the credit. 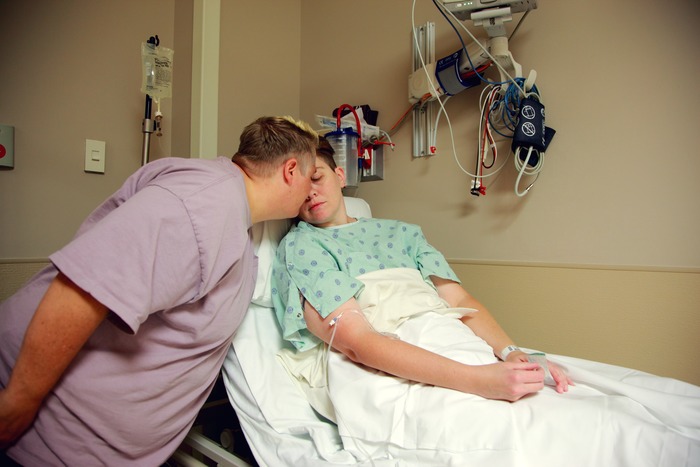 LGBTQ families will be disproportionately left out of the expansion of the child tax credit. LGBTQ couples raising children are twice as likely to report household income near the poverty threshold compared to their non-LGBTQ peers. That disparity is even higher for single LGBTQ parents.

Low-income LGBTQ-headed households, like all low-income families, may be most in need of an expanded credit, but the congressional tax plan fails to prioritize their economic security.

Another way congress’ plan increases the tax burden on LGBTQ individuals is by slashing the state and local tax deduction. Currently, people can deduct their state and local taxes from their federal tax return. The conference committee limited this deduction to $10,000, which is lower than the average deduction claimed by people in high-tax states. So, if a same-sex couple decided to live in a state with stronger legal protections against discrimination, such as Massachusetts or Minnesota, they may be penalized with a higher tax burden. High-density urban areas also tend to have higher state and local taxes, but they also have more services specifically for the LGBTQ community. For example, Chicago, New York, and San Francisco are among the few cities with a transgender-inclusive LGBTQ community health center, but they also have relatively high state and local tax rates.

Low-income LGBTQ taxpayers will see only modest changes to their tax burden, while the richest Americans enjoy the biggest benefits under this plan. The Senate bill would give a taxpayer in the top one percent an average tax cut of $28,000 in 2019, according to the nonpartisan Tax Policy Center. This is more than anyone in the bottom 20 percent earns in an entire year. Rather than creating a more equitable compromise, the deal reached by the conference committee would lower individual tax rates for top earners. For the total cost of their tax plan, Congress could eliminate child povertytwice.

Given the enormous effect this tax plan will have on the LGBTQ community, the congressional majority is moving it through Congress at remarkable speed. When the reconciled bill returns to the House and Senate for a final vote before being sent to the President’s desk, lawmakers would do well to remember that it is deeply unpopular.

As history shows us, the LGBTQ community has a long legacy of finding ways to make our voices heard.