Dejanay Stanton was 24. Vontashia Bell was 18. On Thursday night, news of their deaths spread across social media, interrupting a month-long stretch without a reported transgender homicide.

Both transgender women were murdered August 30 in Chicago and Louisiana respectively.

“Was hoping we could get through the month of August without losing a single trans person, but unfortunately that is not going to be the case.” wrote transgender blogger Monica Roberts. 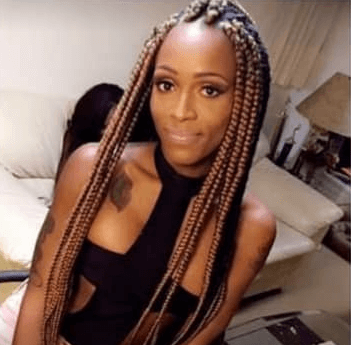 Dejanay Stanton hailed from Chicago’s South Side and lived most of her life as female, according to Lionel Riddle, her close friend. She enjoyed a close relationship with a family that supported her, including her mom and brother.

“She was a sweetheart,” said Riddle. “Everybody loved her. She had nothing bad to say. She was just that one person that was rooting for everybody. She never really got into it with too many people. She just stayed to herself.”

Kaylaa De’Asia Hall, who knew Stanton since childhood, remembered Stanton as a humble person who always put a smile on your face.

“She was a nice person,” said Hall.  “Such a sweetheart, a beautiful woman, always stayed to herself.”

Stanton dreamed of leaving Chicago, of departing the city’s South Side, where Black LGBTQ people face particular adversity in a city that remains intensely segregated and wracked by gun violence.

On Friday, a Chicago Police Department spokesperson confirmed that Stanton had been shot at 40th Street and King Drive in Bronzeville neighborhood of Chicago and rushed to John H. Stroger Hospital. She was initially identified as a female Jane Doe and later identified as Stanton. No arrests have been made. An investigation is ongoing. 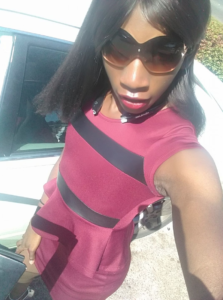 Less is known about the life about Vontashia Bell, an 18-year-old transgender woman killed in Shreveport, Louisiana.

Dogged community advocates identified Bell as transgender and corrected initial police and coroner’s reports of a male killed by a gunshot wound.

According to a Shreveport Police Department statement, police responded to a shooting at 4:30 am at the 400 block of Harrison Street in the Cedar Grove neighborhood. The release, which misgenders Bell, reports that she was transported to University Health Hospital where she was pronounced dead.

It is not known if police knew that Bell may have been transgender. An investigation into her death is ongoing. No arrests have been made.

“We were able to determine that she was indeed transgender,” said Norris. “She has just recently come back out. Evidently she went back in the closet for quite a while, and she came about out the first of August, and that was verified.”

On August 29, Bell posted on her Facebook page that she felt like “being my old self again.”

The proclamation comes above a selfie. In it, she has long hair and sunglasses. Her hand is held in a defiant fist, and she’s smiling.

“And it ain’t the last,” she wrote. ‘just wait until next month going had vontashia back in business and in style.”

Louisiana, in particular, has seen an alarming number of transgender murders, according to data compiled by the national LGBTQ media organization GLAAD. Bell’s death marks the 9th transgender trans murder there in just three years. Stanton’s death brings the number for Illinois up for four since 2015.

In many of those cases, the victims have been initially misgendered by police and news outlets, delaying accurate reporting of their deaths.

“GLAAD calls on all media to accurately and respectfully report on the lives of transgender people — in life and in death,” said Sue Yacka-Bible, communications director at GLAAD. “With the crisis of deadly violence that transgender women of color in particular are facing, it is imperative that the media take the extra time to report accurately and show a full picture of lives lost.”

This is a breaking story. INTO will update as details become available.