The moment Michael Sam came out just before embarking on his dream to play in the NFL was the same moment that quest started coming to an end.

It was February 2014, two months before the NFL draft and Sam, a defensive end, wanted to get ahead of any whispers there would be about his college career at the University of Missouri, where Sam had come out to his teammates.

“I am an openly, proud gay man,” Sam said at the time.

His coming out made headlines across the country, much like former NBA player Jason Collins did in 2013. Some of the coverage focused on how Sam and Collins were the beginning of a wave that would inspire gay athletes in all professional sports leagues to come out. 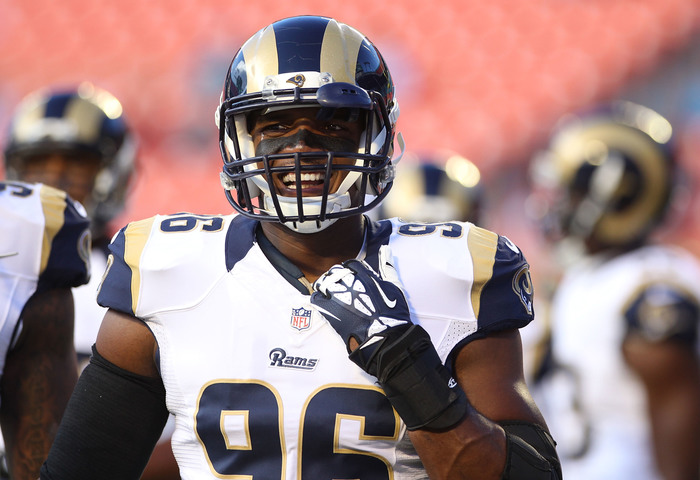 But that wave never crested, and Sam’s experience is why in 2017 Robbie Rogers, who plays Major League Soccer, is the only publicly out gay man currently playing in America’s five major professional sports leagues – the NFL, NBA, MLB, NHL, and MLS.

Sam lived the nightmare that causes torment for every closeted athlete – the revelation that he was gay directly affected his ability to obtain a job and have security in that line of work.

After his announcement, Sports Illustrated polled NFL executives, who had the task of evaluating Sam’s talent and determining where he might fall in the upcoming NFL draft. The whisper campaign had begun. Executives and NFL coaches, whom Sports Illustrated granted anonymity for the piece, feared Sam would “chemically imbalance” a locker room and some said the NFL was still decades away from welcoming an openly gay player.

Before his coming out, Sam had a draft grade in the third round, meaning his talent should have been enough for teams to take him in that round of the seven-round NFL draft. After his coming out, that grade began to slip round by round until the actual draft, when the St. Louis Rams selected Sam with one of the last picks.

Those in power in the NFL used the excuse that taking Sam would have been too much of a distraction for their clubs, so they chose to take players who would come without a media circus or annoyance in the locker room, which is bullshit, because NFL teams take on players with criminal records and rap sheets so long as they can play.

Look no further for this attitude than former coach Tony Dungy, a revered figure in the NFL, but someone who has long opposed LGBTQ rights. Dungy fought for teams to give quarterback Michael Vick a second chance in 2009 after Vick served his time in prison for his role in a dogfighting ring, a chance Vick deserved. Vick’s signing would come with a media circus, and Dungy helped him secure a place on the Philadelphia Eagles, where Vick thrived in the second act of his career. But when it came to Sam, Dungy told the Tampa Tribune: “I wouldn’t have taken him. Not because I don’t believe Michael Sam should have a chance to play, but I wouldn’t want to deal with all of it.”

That sums up the kind of ignorant, poisonous group think Sam was facing. Colin Kaepernick is fighting the same battle now after protesting during the national anthem last season. Across sports in general, but especially in the NFL, individuality is akin to a vice, and those in power believe they must quash anything that disrupts a harmonious team atmosphere. You must subsume yourself as an individual for the good of the team. Even if Sam’s would-be teammates would have been fine with his sexuality, those in power in the NFL — those of an older generation – still see being gay as toxic. This is why no one has come forward in the last three years. 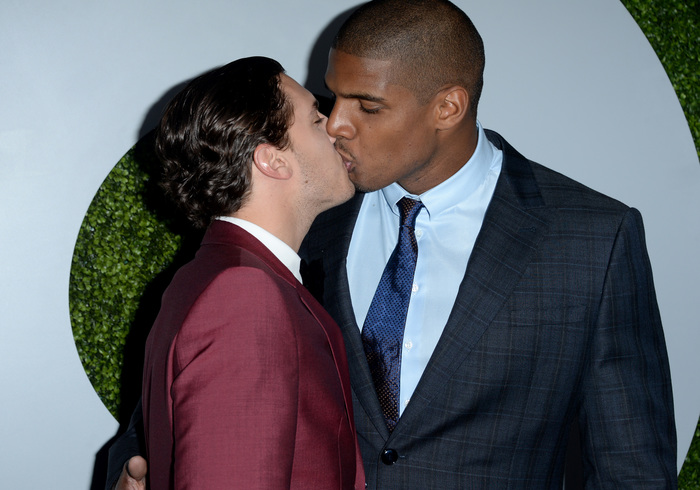 Closeted gay athletes see what happened to Sam, and if they are average players fighting to keep their jobs on a roster, they are going to clam up and hide their sexuality as long as possible. Their livelihoods may depend on it. If they came out, their front offices might cut them, not wanting to deal with “all of it.” This is why it is going to take a star athlete – multiple star athletes – to come out before sports became a safe place for LGBTQ people. Athletes whose value and worth is unimpeachable to their team need to be the ones who make it easier for the Michael Sams of the world, the average players, to come out and live their lives free of torment.

Teams only care about winning, and if a star quarterback or receiver in the NFL, or an All-Star NBA player were to come out, it would go a long way toward making sports a more comfortable environment. Their teams wouldn’t cut them, and it would help diminish ridiculous stereotypes that gay men aren’t “masculine” enough to play sports (whatever that means).

Most importantly, they would set an example for younger generations of athletes who play in youth leagues and high schools who think their teammates might bully them if they come out.

The website Outsports.com chronicles the stories of athletes who come out across all levels of sports. A common theme of these stories is that gay athletes fear reaction from their teammates if they reveal their sexuality.

Almost every time, those teammates embrace the gay athlete. But the problem is young gay athletes have no recognizable face to point to and say, “If he did it, maybe I can do it too.”

Michael Sam couldn’t do it when he had his chance. Now it’s as if he never came out at all.

Chris Hine is a sports writer for the Chicago Tribune who covers the Chicago Blackhawks and writes about gay issues that affect the sports world. He can be reached at chine@chicagotribune.com or on Twitter @ChristopherHine.