When Ireland’s governing political party, Fine Gael, elected Leo Varadkar as its leader andeffectively appointed the first openly gay Taoiseach(Irish prime minister) in early June, it was widely seen as a major milestone for the country’s LGBTQ community. This onceCatholic-dominated countryhad joined the ranks of Iceland, Belgium, andLuxembourg, as the only nations to have had a gay or lesbian head of government.

While Varadkar’s election demonstrates how progressive Ireland is on LGBTQ issues, this is hardly a new development. In the 24 years since homosexuality was decriminalizedin Ireland, virtually all political and legal barriers to equal rights have been eliminated, leaving little legislative progress to be made on LGBTQ rights in the country.

But can a gay prime minister help change attitudes in a country lacking basic rights and protections for LGBTQ people?

Two weeks after Varadkar took office, Serbia’s President Aleksandar Vučićappointed openly gay Ana Brnabić to the position of prime minister. Serbia may have legalized same-sex sexual activity just a year after Ireland, but homophobia is endemic in this Balkan country, with pride marches in the country’s capital of Belgrade being mired by violent attacks and same-sex marriage banned by the Constitution. LGBTQ progress in this Baltic state is an uphill battle, with Brnabić doing relatively little to change the dire situation.

Predrag Azdejkovic, editor-in-chief of Serbian gay magazineOptimist, is concerned the government will use Brnabić as a distraction and an excuse for not doing anything regarding LGBTQ rights. “They always can say that having a lesbian prime minister is enough for the LGBTQ population in Serbia. Before that we had a similar excuse, ‘you have a Pride parade in Belgrade, that’s enough,’” he says.

In an interview soon after her appointment, Brnabić told Vice Serbia: “I’m not a spokesperson for the LGBT communityI don’t want to be branded as a gay minister.” The American and British-educated Prime Minister not only has limited interest in pushing forward equality laws but her political power and influence are also somewhat lacking. Although President Vučić’s position is supposed to be largely ceremonial, he wields great control in the country and has been cracking down on press freedom as he moves Serbia closer to autocracy.

Critics view Brnabić as a virtual puppet for Vučić. “It’s pinkwashing,” says Azdejkovic. “Like the Putin and Medvedev scenario, all the power is still in Vučić’s hands. Vučić’s government gave a promise to Serbia’s LGBTQ population that they will regulate same-sex partnerships and address trans issues by the end of 2017, but there is no evidence this will happen,” he adds.

Nominating a lesbian prime minister may have been a calculated move by Vučić, but this is not to say Brnabić will have no impact on how LGBTQ people are perceived in Serbia. “The most important thing about the first lesbian prime minister is visibility. Everyone in Serbia now knows that she is a lesbian, and they see her every day on television and in the newspapers. On a symbolic level, we can say that we have a lesbian in the most important position in the country,” Azdejkovic tells INTO.

The landlocked WesternEuropean nation of Luxembourg, on the other hand, has no issue with LGBTQ visibility. Home to less than 600,000 people, Luxembourg made history by having both a gay prime minister and deputy prime minister. The coalition government, led by openly gay prime minister Xavier Bettel pledged to introduce legislation to equalize marriage for gay couples in late 2013 and just over a year later, gay marriage was legalized.

In such a tiny country like Luxembourg, regardless of the fact if someone is officially out or not, being gay and having a public profile means sexuality is often an open secret. Much like Serbia’s Brnabić, Bettel doesn’t believe his sexuality is anything to do with how he governs, telling Buzzfeed News: “I’m not a gay minister – my sexual orientation is no reason whether I’m elected or not elected.People don’t care what you do at the end of the day.”

Roby Antony of Luxembourg City-based Centre d’Information GAy et LEsbien (CIGALE), agrees. “These ‘details’ regarding their personal life don’t seem to be of any major interest to the Luxembourgish population in general. This might be different elsewhere, probably even very different. Here I feel this doesn’t really matter at all. Sexual orientation just doesn’t play a role in being competent.”

Gay prime ministers also get the opportunity to interact with foreign political leaders and use their position to campaign for LGBTQ issues. Irish prime minister Leo Varadkar recently attended gay pride celebrations in Northern Ireland’s capital, Belfast, using his profile to push for equal marriage rights in the only country in the UK not to offer gay marriage.

Not all forays on the international stage turn out as expected with some countries not being as forward-thinking on gay prime ministers. Gauthier Destenay, the husband of Luxembourg’s Prime Minister Xavier Bettel, saw his name omitted from a caption of a photograph of NATO leaders’ spouses by the White House. Althougha White House spokesperson said the exclusion was merely an “oversight” and corrected the caption, some saw this as an example of casual homophobia. 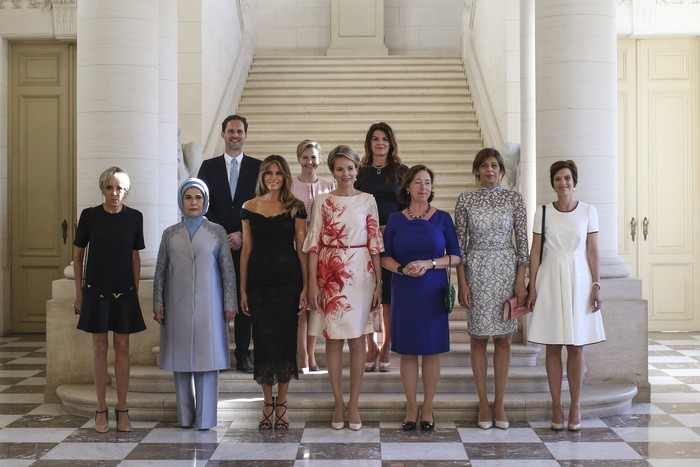 Financial factors can play a significant role in how LGBTQ people are treated, at least on a social level. Luxembourg’s status as an economically prosperous country is probably anextremely decisive elementin this discussion, according to Antony.

“In a daily world where most people don’t have to worry about existential problems, it is definitely easier to not care about what your neighbor is or does. Just look around you, whenever safety and the general well-being of a society is threatened and endangered, there is social unrest and riots. And guess who’s being targeted first? Women’s rights, ethnic minority’s rights, and LGBTQ rights.So yes, money does matter in a way,” he says.

In this regard, a gay prime minister can improve the living conditions of LGBTQ people in the same way a heterosexual one can; by increasing prosperity for all their citizens. While this is hardly groundbreaking news, it underlines the fact that LGBTQ rights don’t just progress in a vacuum, with political leaders only being able to influence change to a limited degree.

Voters in Luxembourg may not care about a politician’s sexuality, but this is not the case elsewhere. A 2012 UNDP survey found that 48% of Serbs believe homosexuality to be an illness, with almost 80% minding if an LGBTQ person was part of their family.

A country like Serbia, which is one of the poorest in Europe, is impacted by a weak economy in potentially unexpected ways. Poor job prospects mean a majority of LGBTQ people, regardless of their age, still live with their parents, and studies indicate poverty and employment are the biggest issues for LGBTQ Serbs.

“Because of these problems, the majority of LGBTQ people in Serbian want to leave the country, as they don’t see the situation changing in the near future,” adds Azdejkovic. “That’s the reason why we don’t have enough LGBTQ activists, nor out LGBTQ people. They don’t want to risk nor to invest in the country that they want to leave.”