On September 13, Lambda Legal and interACT Advocates for Intersex Youth published a detailed guide on how to make hospitals compassionate, affirming, and evidence-driven centers for intersex health care. It is very badly needed.

I have interviewed dozens of doctors, surgeons, and mental health providers who care for intersex children in the US, and who work with parents of children born with genital differences.

Every practitioner I met across the United States told me they needed more data and guidance. Every parent told me they just wanted the information and advice they needed to raise a healthy and happy child. Every person with intersex traits whose story I heard spoke of the deep desire to make informed decisions about their own body. A 40-year-old intersex woman in California told me about the medical care she received as a child: ““I felt like I was being treated like I was on fire, and they were going to throw water on me because I was on fire.” She said: “But all that time, they didn’t realize I was drowning.”

Unfortunately, affirmative and respectful care for intersex people is not the norm — far from it.

“Intersex” refers to the approximately 1.7 percent of the population born with a range of bodily traits that do not fit conventional expectations of female or male. Their sex characteristics, such as chromosomes, gonads, or genitals, may differ from social expectations. These variations are medically benign.

But in the 1960s, American surgeons popularized cosmetic operations to “normalize” intersex children. These children generally have no medical problem. And no data has ever demonstrated that the operations help children “fit in” or “function in society,” which some surgeons say is the aim of the procedures. The operations, such as clitoral reductions, vaginoplasties, and gonadectomies, carry high risks of scarring, incontinence, sterilization, and psychological trauma.

I heard from parents who felt coerced — even bullied — into going ahead with cosmetic surgeries to which their children are not old enough to consent. Some surgeons, under the protection of anonymity in our interviews, described to me how they told parents that surgery could prevent their kid’s suicide — which is flagrantly untrue and deeply unfair to confused and distressed parents.

But most of the doctors I spoke with acknowledged the shortcomings of intersex health care, even in their own practice over the years. They wanted guidance and policy to help them do better, as a community of physicians who took an oath to “Do No Harm” by their intersex patients.

Lambda and interACT’s new guidelines make it clear: Intersex patients need specialized care, but above all, they need honesty and support from their doctors. There are parallels in transgender health care issues and good basic standards for informed consent that should be applied to all patients. Intersex people aren’t asking for anything groundbreaking or special — just respect and transparency, and an end to the coercive early surgery that has damaged so many lives.

The document outlines how hospitals should include variations in sex characteristics in their non-discrimination policies, establish and uphold policies ensuring that their surgeons will not perform medically unnecessary surgeries on intersex children who are too young to give their own informed consent, support parents of intersex infants, and refrain from stigmatizing intersex children.

Doctors have in recent years increasingly acknowledged that they need guidance on intersex issues to avoid repeating past mistakes.

In 2017, Dr. Ilene Wong, a urologist in Pennsylvania, acknowledged the harm in which she took part when she operated on an intersex child without her consent. She wrote in Newsweek: “Eight years ago, I did irrevocable damage to the first intersex person I ever met.” Dr. Wong, who has become a staunch intersex patient advocate, knows that her field of surgery has stuck stubbornly to an outdated and harmful paradigm.

“The psychological damage caused by intervention is just as staggering, as evidenced by generations of intersex adults dealing with post-traumatic stress disorder, problems with intimacy and severe depression,” she said.

“It is harmful to make sex assignments based on characteristics other than gender identity,” said Dr. Deanna Adkins, the director of the Duke University Center for Child and Adolescent Gender Care, when she testified in a North Carolina court against the state’s notorious anti-transgender “bathroom bill.” Infants too young to walk or speak cannot express their gender identity. So the surgeries in question should be deferred until they can express their gender identity and give their informed consent for procedures that will alter how their bodies look and feel.

Alice Dreger, a bioethicist who served on a National Institutes of Health (NIH) intersex research project before resigning in protest in 2015, wrote of her two decades of engagement on the intersex surgery controversy: “While many clinicians have privately shared my outrage about these activities, in public, the great majority have remained essentially silent.”

The new guide from Lambda Legal and interACT gives those physicians footing to make a difference by creating policies that will make their intersex patients feel welcome in their clinics — and ensure they receive care that affirms them and their choices about their bodies, rather than subjecting them to other people’s ideals. 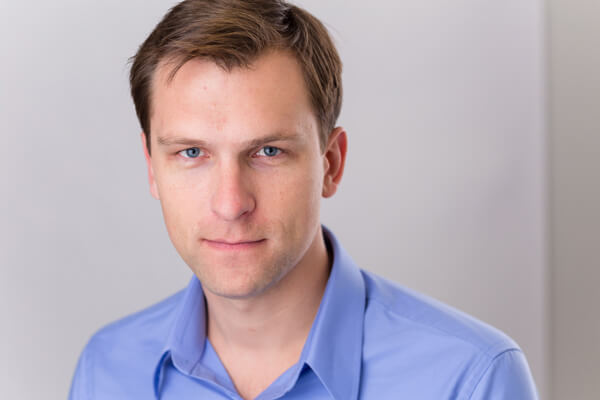 Kyle Knight is a researcher in the LGBT rights program at Human Rights Watch.