Lupe Valdez is disarmingly soft-spoken for a politician. That’s because as much as politicians like to say they “aren’t your typical politician,” she isn’t.

Valdez is currently running for governor of Texas against incumbent Republican Greg Abbott. If elected, she would be the Lone Star State’s first Democratic governor in 23 years — since Ann Richards held the post for a single term between 1991 and 1995. But after becoming the first openly LGBTQ candidate to win a major-party nomination for Texas’ highest office, she hopes to repeat victory in October.

Discussing her watershed candidacy, the 70-year-old former Dallas County Sheriff exudes a gentle warmth and optimism. The daughter of migrant farm workers from Mexico, Valdez believes her campaign reflects a different side of Texas than the one pushed by the current administration. In 2017, Republicans attempted to force through an HB 2-like bathroom bill forcing trans people to use bathrooms that do not correspond with their gender identity.

In conversation with INTO, Valdez recognizes that her campaign faces extreme challenges to overcome a culture of hate and division. Valdez, though, claims she’s used to it. She’s been fighting her whole life. 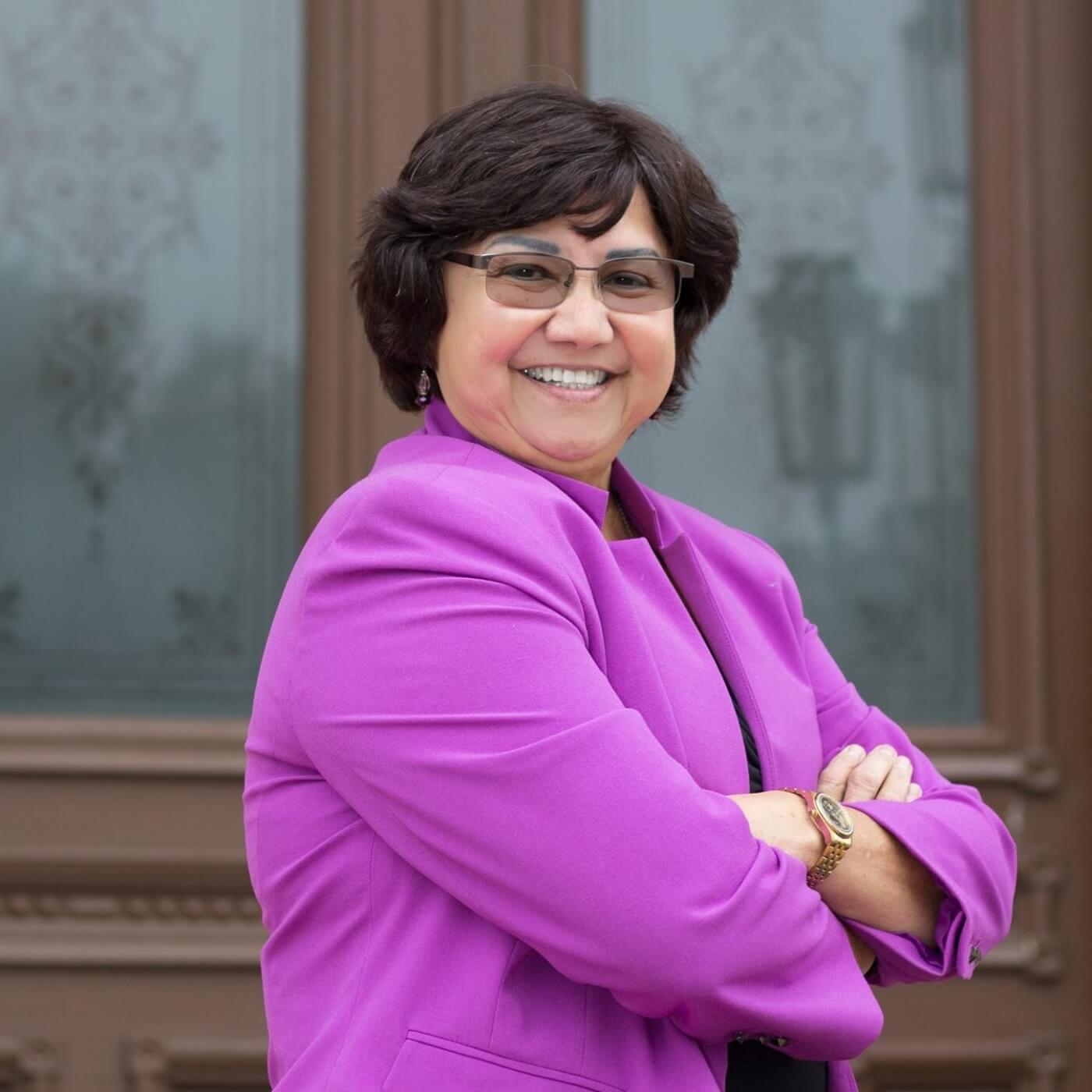 If elected, you will be the first lesbian and just one of a handful of Latinas to serve as governor of a U.S. state. What does that milestone mean for you?

I recognize that it is a milestone. But what I think is more important is that we are providing the opportunity for everybody and people who are LGBTQ can see that there’s no end to the possibilities for them. Not too long ago, there was a legislator who said she never thought that she could run for statewide office, but seeing me run has given her hope. She’s a legislator for the state. What [my candidacy] does is make it possible for other people to see opportunity in whatever they want to do.

What do you think it means to give people hope right now in a time where it feels like there’s so much political turmoil?

My candidacy alone says a lot to all the people who are reacting to this hate. We need to say, “The buck stops here. The hate stops here.” A couple of weeks ago I was in Houston for a rally against gun violence. As you looked across the street, there was this group of people with long guns and the American flag. As someone who has served in the military, seeing someone use the flag for hate and intolerance brought back a fight in me that said, “No, you cannot do that. The flag that I fought for and two of my brothers fought for stands for justice, equality, and opportunity.”

That’s what’s happening all around [the United States]. When we’re seeing this hate and intolerance, people are standing up — whether it be against injustice against the transgender community or whatever they’re trying to take away from us — we’re just going to say, “No, you can’t do that. We’re going to push just as hard as you are, but in a more tolerant manner.” I think it’s ridiculous to push in a hateful manner because that just duplicates what they’re doing.

You’ve spoken out before about crises in the state ranging from education and immigration to low voter turnout in elections. What values do you feel characterize your campaign, especially in contrast to your Republican opponent?

Our values are the true values of Texas. What the rest of the U.S. sees as being the values of Texas right now is not what the majority stands for — like the bathroom bill and the “show me your papers” bill. That’s not the real Texas. The real Texas is quiet and is about to make a lot of noise in this election. Our values are for quality public education and quality healthcare for everyone. No one should have to choose between healthcare and the rent. No one should have to choose between losing a job and taking your child to the doctor.

These values do not reflect those being shown by our current administration, and the majority of Texas does have tolerance and compassion and does not stand for hatred. I’m speaking for that part of Texas, and I want to make sure that part of Texas comes out to vote. Texas is not a red state. It’s a nonvoting state. These are the voters we have to get out to the polls — and that’s the majority of Texas, not what we’re seeing right now.

There’s been a lot of excitement about your campaign. Since you announced your candidacy earlier this year, how have you seen the “real Texas” come out of the woodwork? How has it manifested?

We started out a little late. But one of our folks showed me yesterday that in three months, we’ve gone up in the polls from 25 points to single digits [behind my opponent]. We’re getting our message out, and grassroots organizers are continuing to gain the momentum and the energy to come out and make a difference. This campaign is more about people than money. My opponent has a large sum of money. But my campaign is getting out the vote and reaching the true people of Texas — rather than the Republican machine that continues to show up [in elections]. We’re going to show up, too.

It’s a constant uphill battle, and it just fits into my life — an uphill battle to do the right thing, to protect the rights of LGBTQ folks and many others. Who in their right mind would just sit by and do nothing? Texas is a stronghold. Once we change Texas, we change the U.S. We’ve got to have the right here.

It reminds me of the old truism that doing the right thing is never easy. That’s how you know it’s right.

There’s an old saying in Spanish: “El que no sirve, no sirve para nada.” It means, “He who does not serve, has no worth.” If we see this challenge before us and we do nothing, that’s on us. As human beings or LGBTQ people or whomever, we need to take that challenge. However little by little we let them advance is how much we continue to lose.

This is a question my editor had, and it’s on a similar note. You represent so many different intersectional identities — you’re a woman, you’re a lesbian, and you’re Latina at a time when many people of color and LGBTQ folks are facing so many battles both in the court and in their own communities. What has been the biggest challenge for you in 2018?

Don’t forget I served in the military, don’t forget I was in law enforcement, and don’t forget I’ve served all my life. I’ve been put in many categories throughout my life, and I know that if we can get our message out, there’s no way we’re going to lose. But the biggest challenge is being about to get out there to all parts of Texas and being able to ensure our message is heard. I have no doubt that Texas is ready for a change.

But you’ve got to be able to hear that there’s another possibility — someone who is totally different from what they have right now. 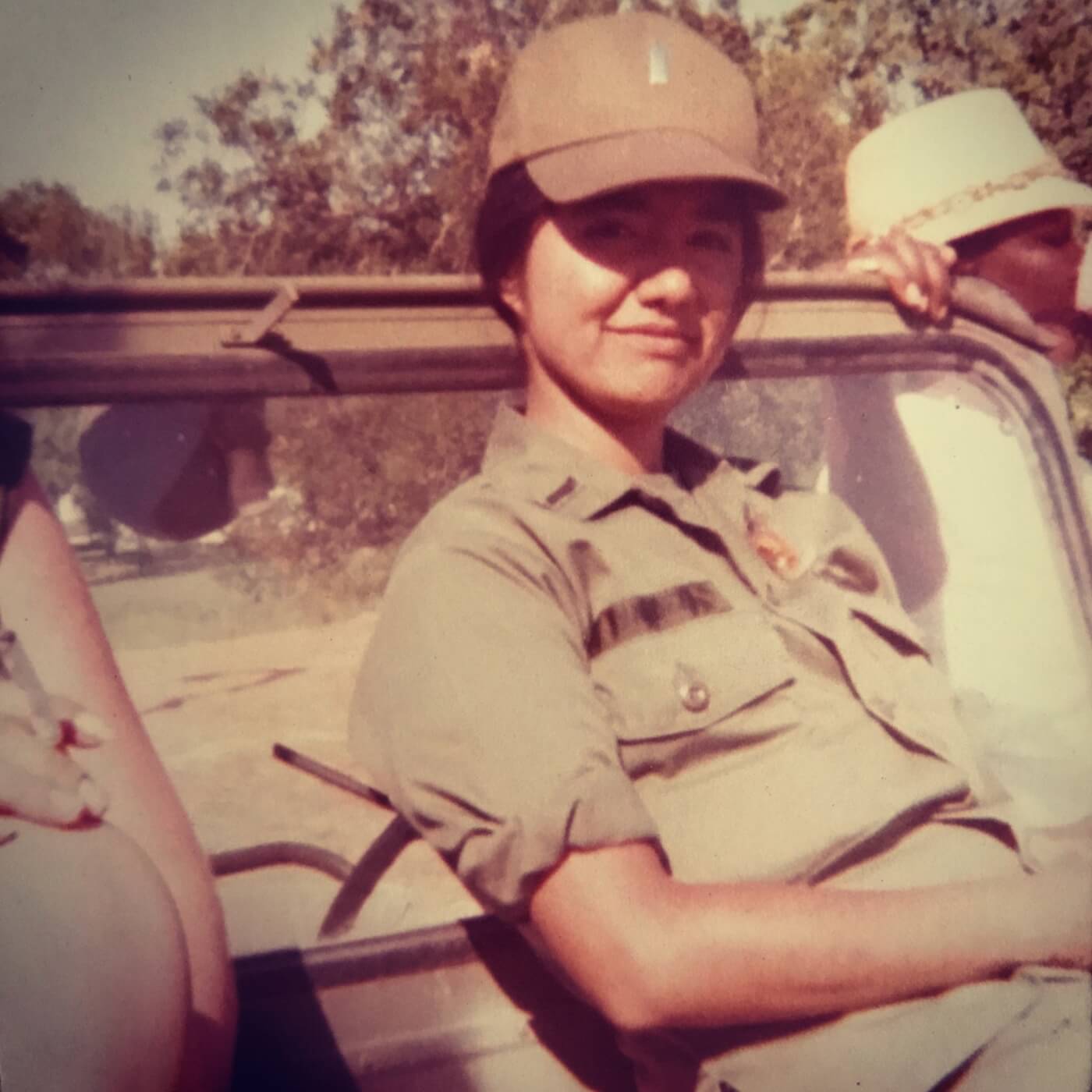 Why do you think it’s been such a challenge to get your message out in this year’s race?

There are so many people in so many cities. If we could afford [the media to reach them], it would be a lot easier at a time when there are so many Democrats running. The challenge for all of us that we’re reaching out to the same people who have supported us before. There’s hundreds of Democrats campaigning in Texas right now, and it is a challenge to reach out to all our folks so they can hear us. There are so many of us, and we all have the same challenges. A good campaign is not cheap. To get our message out, it’s going to cost money.

What inspired your historic run for governor in 2018? Was there a moment where you said, “It’s time, and even more than that, Texas needs me?”

There were several moments. You see the struggles of our people. You see the struggles that Texans are going through. Texas is paying so much attention to the well-to-do and to big donors. All the laws and the bills are putting out are for these folks. What about the rest of us? What about the other 90 to 95 percent? Ninety to 95 percent of the rest of Texas is struggling. Public officials should serve all of the people — not just the ones who are giving them money.

The bathroom bill was so painful to watch. You heard all the stuff that was being said. There was a picture of a transgender child hugging the pants of what I assumed what was their guardian with such a tearful look in their face. I wanted to scream, “What are we doing to our children?” We should be helping them have a healthy life. Instead, this legislature is giving them hell. We are making their lives miserable.

This is not the Texas that I know. We need to come out and fight to make sure everyone has dignity — whether you’re poor, LGBTQ or whomever. Everyone deserves dignity and respect.

Note: This interview has been edited and condensed for clarity.