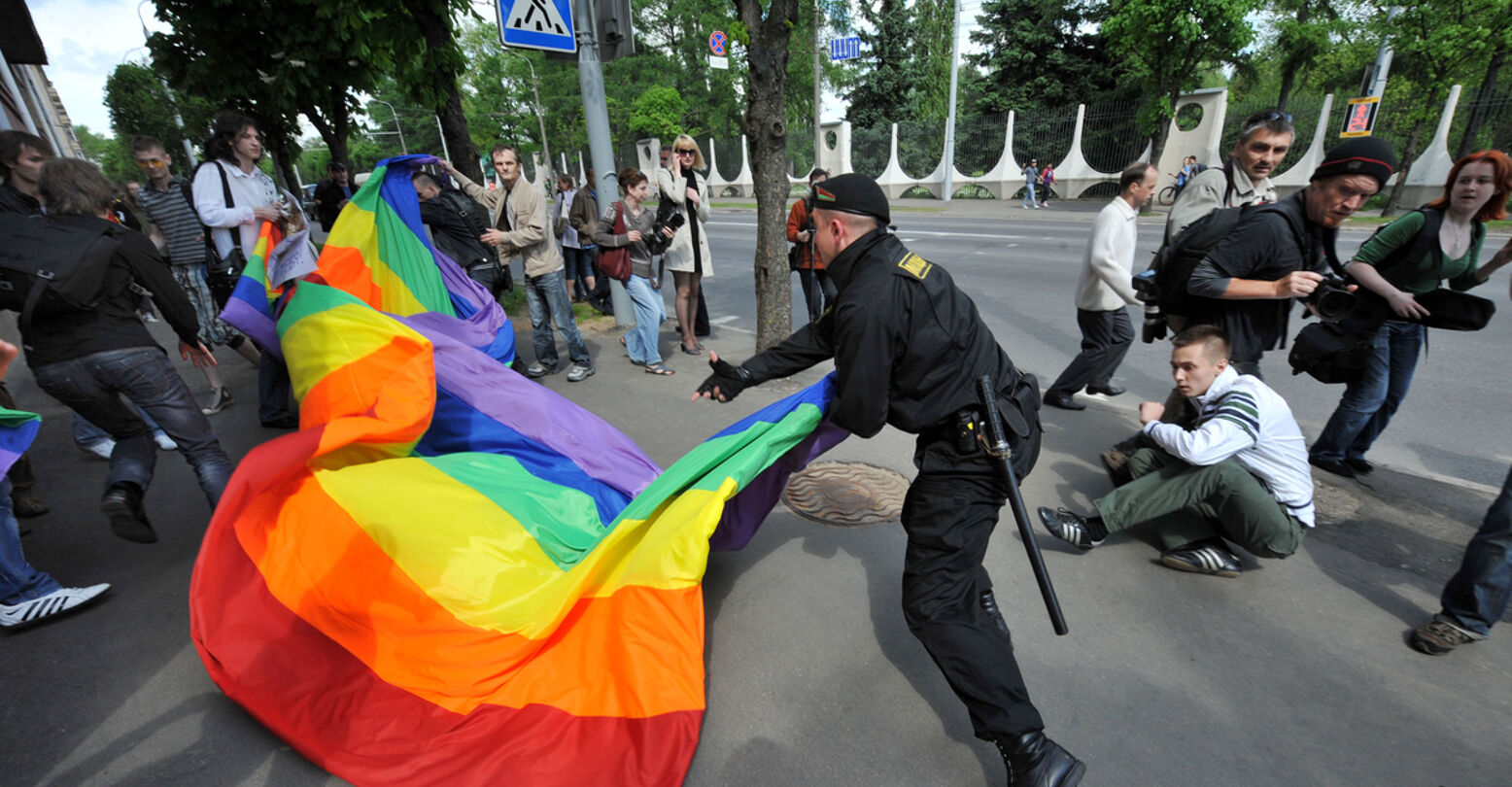 A gay-friendly nightclub in Belarus has closed following a series of October raids in which police targeted bars in the capital city of Minsk.

Casta Diva announced on Nov. 6 that it would be shutting its doors after posting a message on VKontakte, a Facebook-style social network popular in post-Soviet countries. The bar didn’t explain the reason behind its closure. “The club is closed,” Casta Diva said on its VKontakte page, without providing further detail. It did not respond to questions from patrons about what happened.

While the club has long had financial troubles, retired LGBTQ activist Roman Troshkin tells INTO that the Casta Diva shutdown came as a “surprise.”

“We heard for quite some time that Casta Diva was not doing well and there were not many people going,” Troshkin says in a phone call. “I heard such talk for years. But it’s strange that the club has closed now.”

Casta Diva was one of two barsincluding Minsk’s Club Burlesquebesieged by local law enforcement officials on Oct. 21, when police stormed the local nightclubs in the early hours of the morning. Cops turned off the music, turned on the lights, and checked all the bottles (although it’s unclear what they were looking for). A total of 13 people were arrested, although all LGBTQ individuals detained in the sting operation were subsequently released.

Troshkin, who wasn’t present during the incident, reports that clubgoers were kept in the bar for close to three hours while police inspected the premises.

Following the inspection, one clubgoer asked to leave. Troshkin alleges that police responded, “Where are you going? We are going with you.”

These incidents follow a pattern of systematic attacks on the LGBTQ community in recent years, which have intensified amidst crackdowns on queer and trans people in neighboring territories, like Chechnya, Azerbaijan, and Russia. Although activists say Chechnya is far too extreme for Belarus to head down the same path, Minsk’s LGBTQ community is worried their country is turning into another Russia. 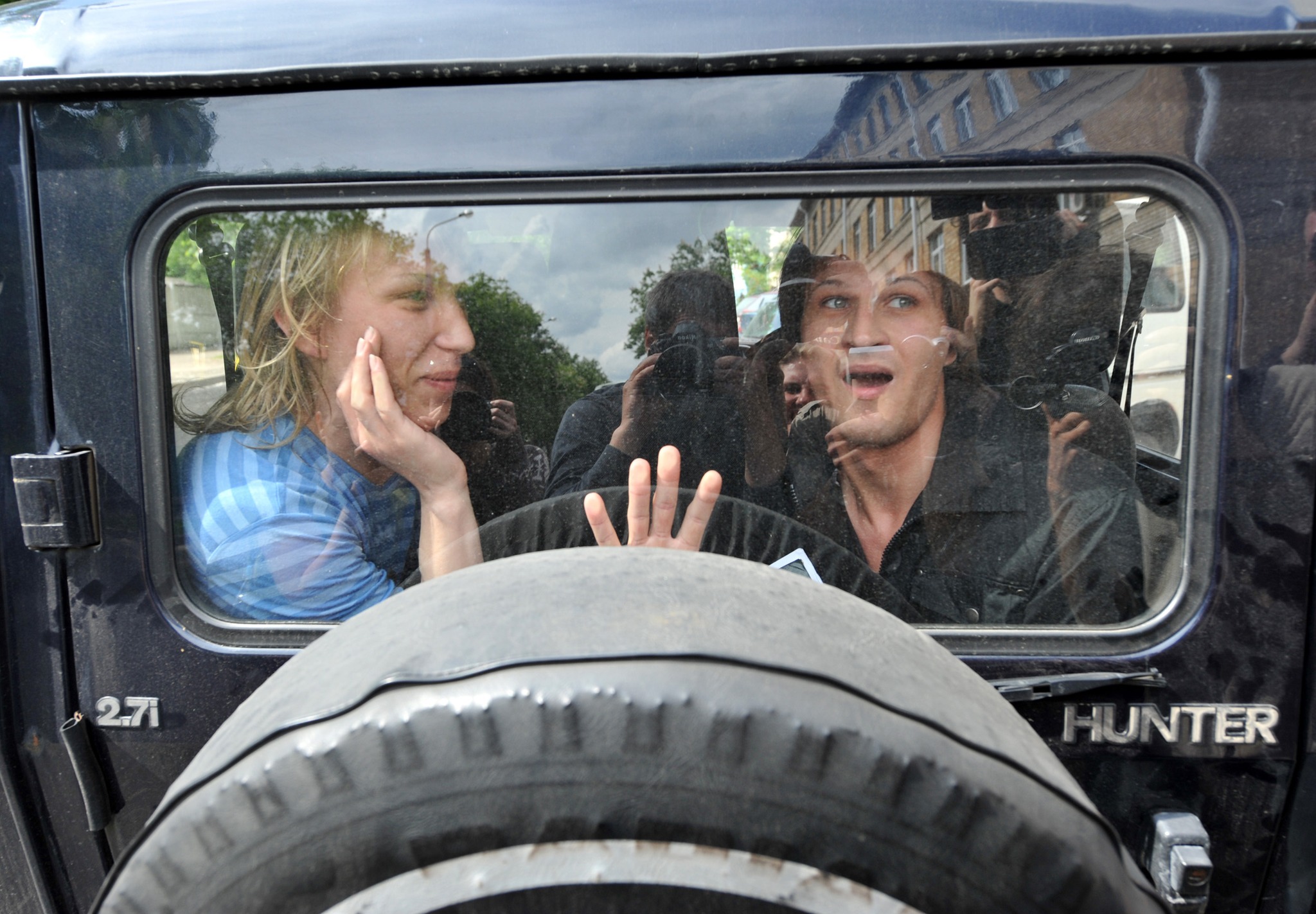 Activists in Belarus remember 2013 as the “most oppressive year” in the young nation’s history.

Nearly every single weekend for a period of two months, police would bust gay bars in Minsk, checking IDs and rounding up clubgoers. There were 10 raids in total. Authorities would probe detainees for information about other LGBTQ people, as well interrogating them about advocacy groups currently operating in the country. Prior to that time, the activist organization Gay Belarus attempted to register with the federal government. Their application was denied.

Formal recognition from state authorities is critical for any nongovernmental organization in the country. Activist Slava Bortnik tells INTO that groups which fail to register can be “punished with up to two years in prison.”

“Belarusian activists are very brave people,” Bortnik says. “Anyone who is doing something potentially faces serious fines or even imprisonment.”

The request from Gay Belarus had the opposite intended effect. It triggered panic among officials that state-sanctioned LGBTQ activity would be “dangerous for society and traditional values,” as local advocate Katsiaryna Borsuk put it.

“As soon as we get more visible and try to demand something from the state or demand our rights, repression starts,” Borsuk tells INTO.

The 2013 raids had a devastating effect on the LGBTQ community in Belarus. Minsk’s only full-time gay bar, 6A, closed following the repeated police onslaughts. Bortnik says the owner was “so intimidated and scared that he just gave up.” Although Belarus held its first Pride event in 1999, there hasn’t been much of an attempt in the past four years to hold a public celebration of LGBTQ life.

“The LGBTQ movement went deep underground,” he claims. “There are no official LGBTQ groups, no events. People are already threatened. Nobody wants to come out or do something in public.”

The brutal attacks of 2013 were eerily timed. Just months before the busts began, Russia passed an anti-gay propaganda law forbidding the spread of information on “nontraditional sexual relationships” to minors. That legislation led to a sharp increase in hate crimes against LGBTQ people, as well as steep penalties for even the most miniscule forms of pro-gay advocacy.

An HIV/AIDS worker, Evdokia Romanova, was fined nearly $800 in September just for posting news articles about LGBTQ issues on Facebook.

Belarus wouldn’t pass its own propaganda law for another three years, a watered-down version of its Russian counterpart. Unlike the Duma bill, the law doesn’t explicitly mention homosexuality or LGBTQ people. The 2016 legislation cracks down on the dissemination of information that “encourages habits contradicting the development of a healthy lifestyle” or “discredits the institution of family and marriage.”

But the trouble is that Belarus, which gained independence from the Soviet Union in 1990, remains extremely tied to Russiaboth culturally and politically.

It’s not an accident that Minsk, one of the most important and influential cities in the USSR, is the administrative capital of the Commonwealth of Independent States (CIS). The collectivewhich contains nine member stateswas formed as a loose coalition following the fall of Communism.

“Belarus is extremely close to Russia in every way,” says Shawn Gaylord, advocacy counsel for Human Rights First. “They’re probably the most influenced by Russia of any country. They even have an open border with Russia.”

Advocates say that if Belarus is indeed following Russia’s lead, the country wasn’t always this way. Troshkin remembers the years following independence as “very free.” The upstart nation “didn’t know how to deal” with LGBTQ people, he says, and largely left them alone. President Alexander Lukashenko didn’t even make a public statement about the queer and trans community until 2004, when he blamed homosexuality on Western imperialism.

More famously, the president once claimed that it is “better to be a dictator than to be gay.”

Aside from Kremlin influence, Bortnik says that the reason government officials and police began singling out LGBTQ people is that these groups made an “easy scapegoat” during times of political or economic crisis. In the past several years, Belarus has experienced rising foreign debt as industrial production in the nation collapses. The country’s solution to its high poverty rate was to introduce a tax earlier this year fining people for being poor.

Blaming the emerging queer and trans community for those problems, Bortnik adds, is a trick Belarus borrowed from the Putin playbook.

But pointing the finger at Belarus’ LGBTQ population has had violent and terrifying consequences. In May 2014, architect Mikhail Pischevsky was assaulted after leaving a gay party in Minsk; he was beaten so violently that 20 percent of his brain had to be removed to prevent cerebral hemorrhaging.

After spending 17 months in a coma, Pischevsky passed away in the hospital. 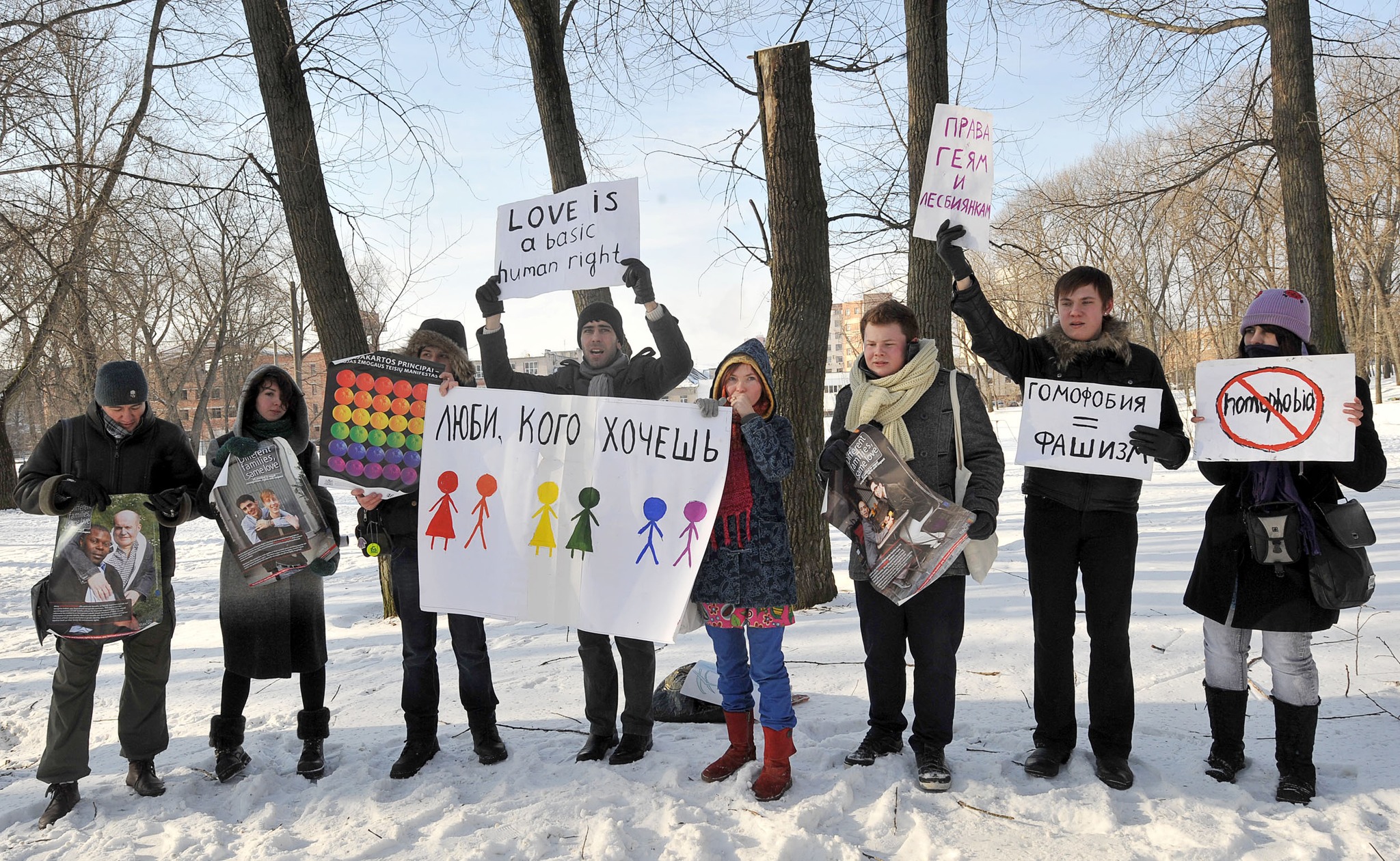 Despite the challenges that LGBTQ people face in Belarus, Bortnik tells INTO that he “doesn’t want people to have a very dark picture” of life in the Eastern European country. Although many community advocates have been forced to move to places like Sweden, Estonia, or Ukraine to escape persecution, others have started using different methods to change hearts and minds in the predominantly Eastern Orthodox nation.

The DOTYK Queer Festival, founded in 2014, has used cinema and art to start a conversation on gender, sexuality, and identity. He says that the annual events have managed to be “very successful,” even despite the government’s refusal to recognize LGBTQ groups.

“It seems like it’s possible to do something if you present it as progressive art,” Bortnik claims. “If it’s not politicized, it’s fine.”

But following the closure of Casta Diva, others are less optimistic.

Troshkin says that Belarus goes through periods where it seems like things are getting better. Activists will attempt to use that momentum to lobby the government to recognize LGBTQ groups, but afterward there’s a retaliatory strike from authorities, in which people are “detained, beaten, or tortured.” But what makes the recent raids different, he claims, is that there was no activity from queer activists that triggered the crackdown.

“We didn’t protest in the street or throw any big events,” Troshkin says. “There is literally nothing to say that this is because of our actions.”

“It’s a whole new world in Europe and the United States, and it’s something shining in the distance,” he continues. “That makes us feel good. But we don’t actually have anything to be proud of in the sense of moving from dictatorship to a bright future in our country. We don’t feel like it’s getting better.”