Joshua Kelley thought he would have to give up drag when he joined the Navy.

After deciding to join the military in 2016, Kelley — who performs as Harpy Daniels on stage — recorded a video where he gave up his title as the reigning Miss Gay Harrisburg. While some of his fellow performers came at him with “pitchforks and knives,” he felt he didn’t have a choice.

Kelley couldn’t afford drag making $12 an hour as a data analyst at a health insurance company, while also paying off student loans. Then just 22, he claims the numbers “didn’t add up.”

So one day he woke up, went down to the local Navy recruitment office, and inquired about enlisting as a yeoman — an office worker who performs routine administrative and clerical duties. He didn’t ask, however, about the trunk of wigs he would bring with him when he shipped off to Japan.

“I was terrified, absolutely terrified,” he tells INTO in an interview. “That was the biggest thing that was going to stop me from joining the Navy.” 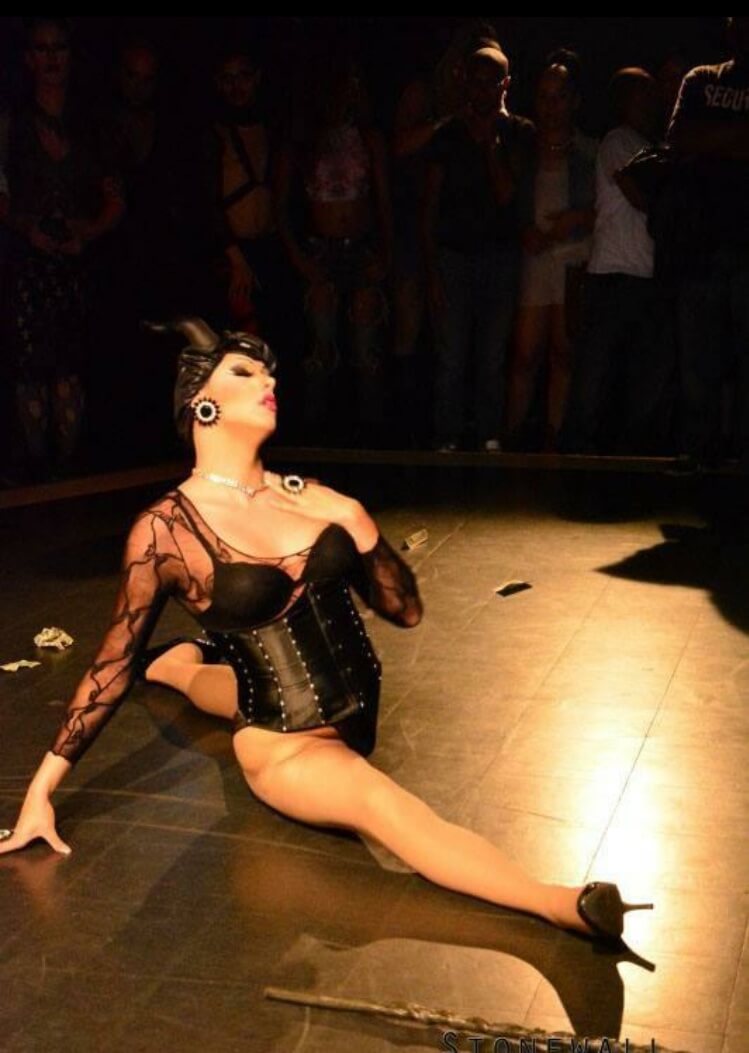 Although the military lifted the “Don’t Ask, Don’t Tell” policy preventing gay troops from serving openly back in 2010, Kelley feared he would be forced to shove that part of himself back into the closet.

The son of a former career counselor in the Navy, Kelley recalled hiding the first pair of heels he ever bought — six-inch pumps — under a pile of blankets in his bedroom. He worked in the fashion department at Kmart in high school and would raid the junior miss section looking for the “skimpiest thing” he could find. Over time, the mound of secrets just kept getting bigger.

But to much Kelley’s surprise, the military embraced him with open arms. Last year he became among the first Naval officers to perform in drag on an American ship — the U.S.S. Ronald Reagan at Yokosuka, Japan.

Shortly after he enlisted, some of the LGBTQ crew members were holding a lip-sync competition. Kelley knew this was his opportunity to bring to others in his troop — especially his straight colleagues — what watching RuPaul’s Drag Race gave him as a sheltered teenager growing on a farm amid the cornfields of Eastern Pennsylvania: It showed him what was possible.

Like himself at 16, some of his colleagues had “never seen a drag queen or met a gay man before,” Kelley says.

“It was amazing,” he claims. “It was like nothing I’ve ever done before. I mean, I’m on a moving naval carrier. I’m on a naval warship doing it up and I killed it. At the end of it, I gained so much more respect from people.”

While Kelley says he was nervous sharing a piece of himself in front of a crowd, he knows the impact that kind of vulnerability can have. When he was 19, his parents found out he had been performing as Harpy Daniels when he began posting videos and photos of his drag persona on Facebook.

Although his family was relatively accepting after he came out at 14, his family struggled to accept Harpy. “This isn’t OK,” he remembers his mother and grandmother telling him. “You shouldn’t go out and flaunt being gay.”

Kelley describes his alter-ego as the “proper version” of himself. In real life, he slouches and swears like, well, a sailor. Being ladylike brings out his “more creative side.” 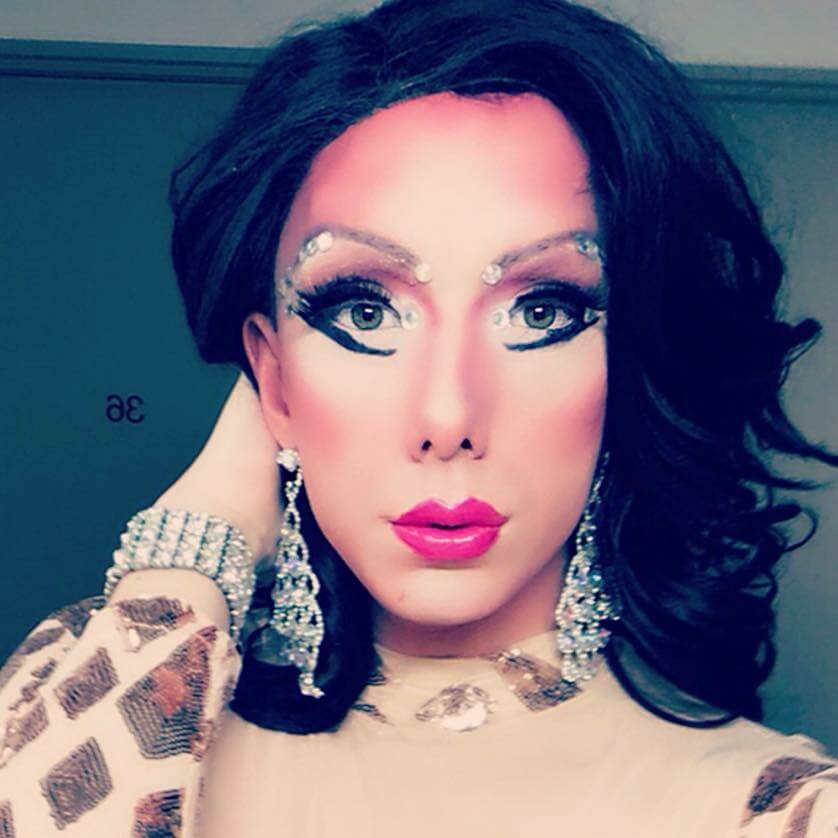 It wasn’t until his father saw him perform live that it clicked into place. Kelley was hosting an event at a university where he acted as an unofficial drag mother to the other performers, most of whom were amateurs just starting out. As someone who had walked in their stilettos, he guided them from a place of empathy and understanding.

His father, who instilled in him the Navy’s values of discipline and leadership from an early age, approached after the performance to apologize. Through tears, he confessed he “didn’t know that’s what this was.”

Kelley claims the U.S. armed forces is also evolving to embrace different identities — even despite roadblocks to progress.

Since he enlisted two years ago, Kelley says the Navy has placed a heavy emphasis on diversity — highlighting that the military is strongest when troops can bring their whole selves to work. In addition to serving alongside least 50 openly queer people at the U.S.S. Ronald Reagan, Kelley was voted president of the base’s chapter of the Gay, Lesbian and Supporting Sailors (GLASS) organization.

The Navy’s welcoming message may appear to conflict with President Trump’s attempt to ban trans troops from serving openly in the military — as well as a “Deploy or Get Out” policy which threatens to expel HIV-positive troops from active duty.

In a series of July 2017 tweets, Trump claimed transgender people would not be permitted to “serve in any capacity.” After a series of federal court rulings overturned the president’s policy, the Pentagon doubled-down by reinstating the ban in a 44-page directive stating that individuals who “require or have undergone gender transition are disqualified.”

Although courts have continued to enforce an injunction against the military ban, reports indicate few trans people have successfully enlisted.

Kelley says, though, that his example shows the military can change. When asked if he believes trans troops will receive the same embrace he has enjoyed, Kelley responds without skipping a beat: “Absolutely, without a doubt.”

“I definitely know over time, yes,” he says. 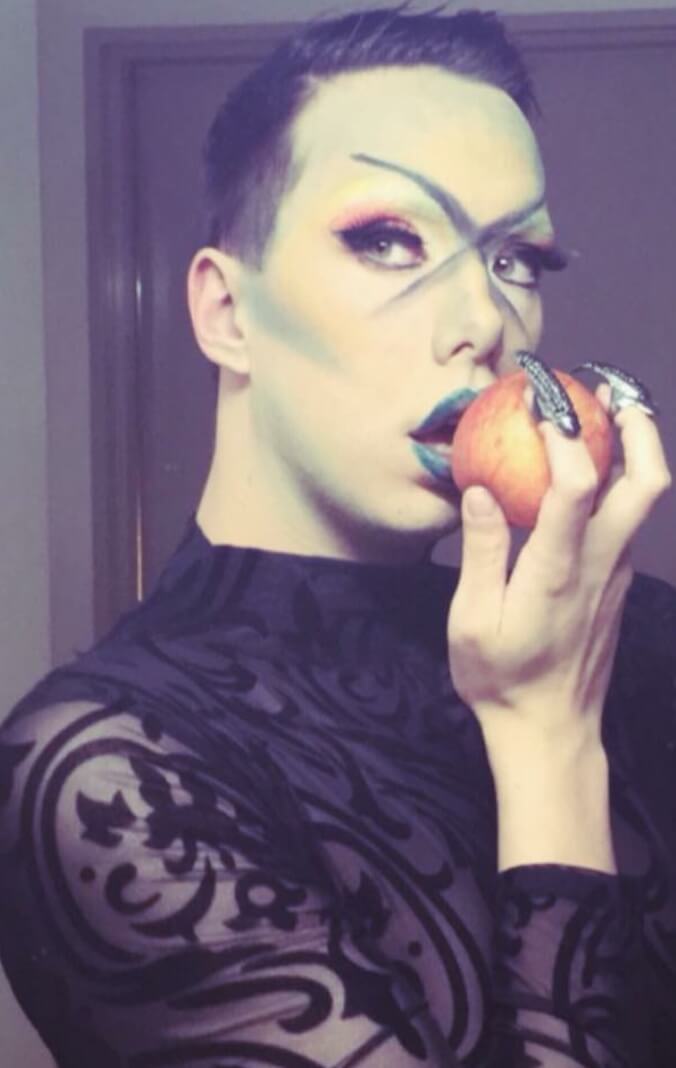 Today Kelley’s closet is full but he’s no longer hiding. At his desk job on the base, he spends his downtime buying shoes off Amazon. He even found a Japanese dollar store off the base called Daiso where he buys makeup wipes, meaning he can finally afford to do the thing he loves most.

Kelley says the experience has been “breathtaking.”

“It’s like I rubbed a genie and got three wishes,” he claims. “This is definitely the number-one wish.”