An Indiana flower shop has found itself at the center of national controversy after a gay man claims its owners refused him service because he is marrying another man.

On July 19, David Elliott visited Avon Florist to request flowers for his upcoming wedding. Although the boutique is a half hour’s drive from his home in Indianapolis, Elliott works in Avon and had patronized the shop before. When he attended his high school prom, the now 31-year-old got his corsage at Avon Florist.

Everything went smoothly on Thursday until Elliott says he told the manager, Rita Harris, that he needed two boutonnieres for the nuptials — set for Aug. 18. “And what will the bride need?” Harris allegedly responded. He told her there was no bride.

That’s when the conversation turned. “I’m going to be on vacation then and I can’t help you,” Elliott remembers the manager telling him.

Indiana passed a law in 2015 allowing businesses to turn away LGBTQ people if they cite religious reasons for doing so — although its discriminatory elements were later amended following a $60 million boycott.

Elliott says, however, that since the passage of the Religious Freedom Restoration Act three years ago, he’s never had an experience like this.

“It was the first time I had seen someone’s face and demeanor toward me change because they knew who I was,” he tells INTO over the phone. “So it was shocking and hurtful and it gave me pause because I had never seen that before in someone’s eyes.” 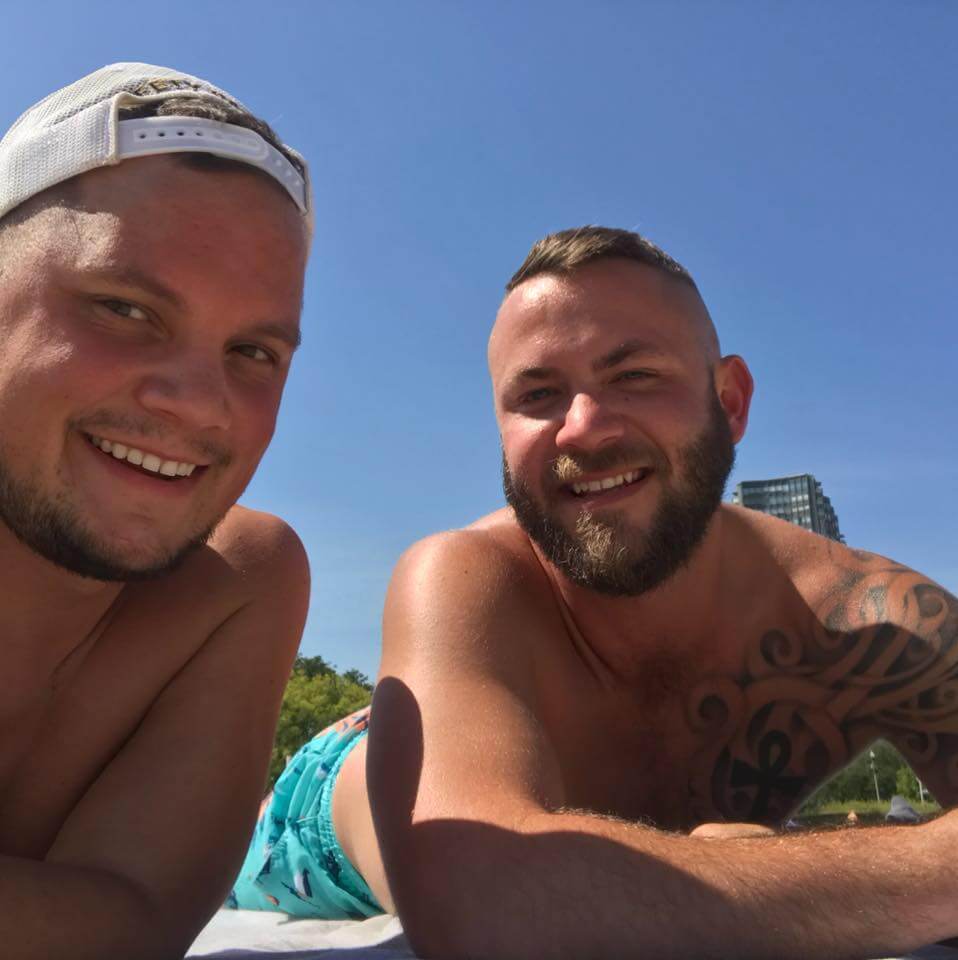 Avon Florist has largely refused media requests, but in brief comments, Harris claimed his version of events is inaccurate.

“I never said that to him,” she tells the queer news website LGBTQ Nation. “What I said to him was that it conflicted with a vacation I have planned and I wasn’t taking any more orders at this time. I’m not planning to take any more weddings requests because I’m planning to retire.”

Elliott disputes that claim, however.

When he first arrived at Avon Florist and requested services for Aug. 18, Elliott alleges that Harris said she would be available that date. He says she only cited her scheduling conflict after he mentioned the flowers would be for a same-sex wedding.

Elliott does not plan to take legal action against the shop. Instead, he hopes to encourage others to take their business elsewhere.

“I fully understand that everyone has their right to believe what they want,” he claimed in a Facebook status that has since been shared 162 times. “If you are open to the public, serve the public. I’m not asking you to take any part in my life. Just do the job you are there to do. So please be kind to one another and help anyone you can, but don’t go to Avon Florist on Rockville Rd.”

It appears as if his mission has already been accomplished.

“They exercised their right of free speech by denying service to a gay couple,” one Yelp user claims. “They should then expect reviews like this one. I encourage anyone with a conscience not to patronize this store. Love is love. A dollar is a dollar.”

Elliott says the setback will not stop the couple from tying the knot in a couple weeks.

Elliott and his fiancé, Daniel Collins, are planning on getting married in a “simple, outdoor wedding” in the middle of a cornfield, surrounded by 200 friends and family members.

For the couple, the ceremony has been a long time coming. The pair has been friends since they were teenagers but didn’t settle down together until a year ago. The timing was never right. But two weeks into their long-simmering relationship, Elliott told Collins that he planned to marry him someday. At Christmas, he made good on that promise by proposing.

Elliott recognizes the two moved fast, but he says it just felt right.

“When you know, you know,” he claims. “There’s people in your life — friends or your partner — that can make you feel good in any situation, through all this craziness. No matter what’s going on, I can’t wait to go home to him.”