Walgreens has become the latest company to adopt a gender-inclusive bathroom policy after a lesbian customer claims she was discriminated against in one of its stores.

The nationwide drug store chain announced this week it will allow customers to use the restroom that most closely corresponds with their gender identity in its 8,100 locations. Walgreens rolled out the change after Jessie Meehan, a 29-year-old singer in Los Angeles, was prevented from using the women’s room in a Hollywood store last year.

Meehan popped into the Walgreens on Sunset and Vine to get snacks before the 2017 Pride March. She was hoping the eventdesignated as an anti-Trump protest in place of L.A.’s yearly paradewould inspire the lyrics for a new song.

After purchasing $20 worth of items, Meehan asked to use the restroom. Although she identifies as a woman, she was taken to the men’s room. Because of her short hair and baritone voice, Meehan is used to being mistaken for a guy, she says. Often it doesn’t bother her. This time, though, she was afraid. Two male customers had been waiting in line to enter the facility, and she was concerned for her safety.

“Being gender nonconforming, there’s always a fear in the back of my head of the looks of I’m going to get,” Meehan tells INTO in a phone interview. “If there was some creep who wanted to take advantage of the situation, it could have put me in danger.”

Meehan politely asked the store associate if she could use the correct bathroom. The worker very matter-of-factly refused, citing what she claimed was store policy.

At first Meehan acquiesced to the order, even despite the bilious feeling brewing in the darkest pit of her stomach. But when she walked in, Meehan could feel the men watching her over their shoulders, abruptly alerted to the fact she was somewhere she didn’t belong.

Meehan was suddenly reminded of every other time she didn’t stand up for herself. She was born with a rare condition called polycystic ovarian syndrome, in which testosterone-producing cysts form on an individual’s hormones. As a child, she went through a “male puberty first and a female puberty afterward,” which caused her to have a more masculine build than the other girls at school. 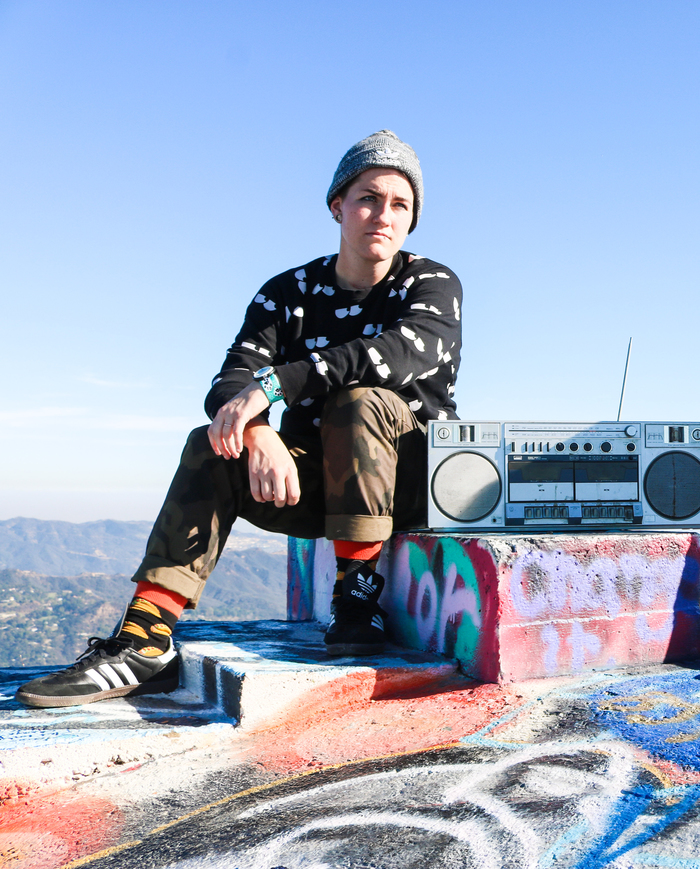 Meehan worked at a theme park in high school, and the customers would come up and ask her if she was a “boy or a girl.” The question stung. Before she embraced her gender fluidity as an adult, Meehan tried her hardest to conform to the expected adornments of teenage femininity: long hair, dresses, and makeup.

What was she doing wrong, she wondered? Why couldn’t she be who they wanted her to be?

Once when she was using the bathroom with a friend at a local bakery in town, the manager busted in and forced her out of the facilities. “You need to leave,” he said. “This is the women’s room.” Other times women in the restroom would fly into hysterics when she walked through the door: “Oh my god, there’s a man in the bathroom!”

After decades of being misgendered and harassed for nothing more than who she is, being forced into the wrong bathroom in liberal Hollywood (“of all places,” she sighs) was the final insult. Meehan couldn’t take it anymore.

“I put up with this crap my whole life,” she says. “I wasn’t going to let this sit.”

The musician left the Walgreens bathroom and demanded to speak to a manager, who reiterated the same claims about following company guidelines. “There are women and children in there,” the representative allegedly told her. “You might scare them.”

After getting nowhere with the store’s employees, Meehan immediately left and found the American Civil Liberties Union (ACLU) booth at Pride. With the help of the ACLU, she sent a typed statement to the Walgreens location and got a call back from the store manager the next day. He profusely apologized.

The manager claimed the issue was thatin contrast to his employees’ repeated assertionsthere isn’t a consistent, company-wide policy on restroom use. Individual staff members and managers are, thus, forced to make judgment calls.

Although the manager expressed his willingness to learn and asked Meehan to help train his staff on diversity and gender inclusion, she knew that wouldn’t be enough. “If this is happening there, god only knows what’s happening in other stores,” she told him during the conversation, She asked for his boss’ number instead.

After that, Meehan worked her way up the chain until she hit a dead end with the regional manager. She claims he gave her the runaround for two close to two months: dodging calls and deliberately being slow to respond to messages. The regional manager assured her their lawyers would look into it, even while being resistant to admit any wrongdoing. He told Meehan how much Walgreens had donated to the AIDS Healthcare Foundation.

“That’s cool, but how does that fix my problem?” she wanted to know.

It’s Walgreens stated commitment to the LGBTQ community, she says, that made her so insistent on getting through to him in the first place. In 2016, the Human Rights Campaign (HRC) ranked the company as the best place for LGBTQ employees to work. Walgreens also scored a perfect 100 on the HRC’s annual Corporate Equality Index.

“That’s why I was so pissed,” Meehan says. “They’re making money off the LGBTQ community, but then they discriminate against you when you try to use the restroom.”

“I’ve seen them at Pride,” she continues. “If you visit their website during Pride month, there’s rainbows all over the site. There’s rainbows in their stores. It wasn’t the little mom and pop shop on the corner. This is a major corporation that specifically targets the LGBTQ community as a consumers.”

Meehan finally contacted Amanda Goad, a staff attorney with the ACLU who began to correspond with Walgreens on her behalf. Goad explained in a letter that state law “protects every person’s right to access restrooms based on their gender identity in workplaces, schools and business establishments.”

“All individuals have a right to use restroom facilities that correspond to the individual’s gender identity, regardless of the individual’s sex assigned at birth,” reads a “Transgender Inclusion” policy announced to the public this week. “Walgreens’ family of companies subscribes to a policy of non-discrimination on the basis of sex, sexual orientation, gender identity, or gender expression/presentation.” 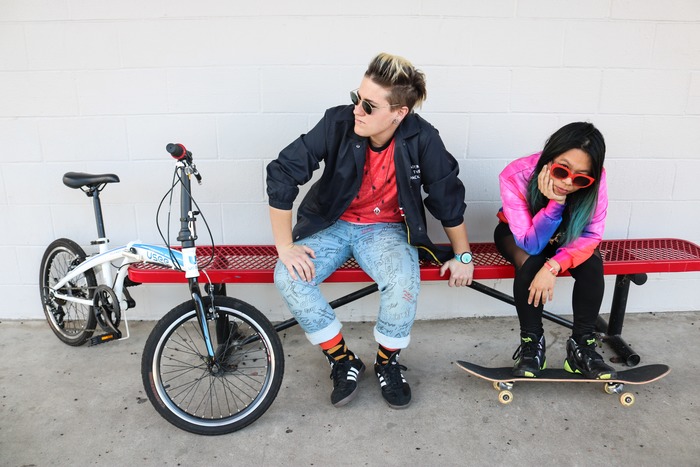 Several major businesses already allow trans people to use the bathroom which most closely corresponds with their gender identity, including Starbucks and Barnes and Noble. Target’s trans-inclusive restroom policy led to a nationwide boycott by conservatives after it was announced in 2016, although it likely had little impact.

Walgreens has declined to comment further on the policy but has said it doesn’t just apply to transgender people. Meehan herself is not trans, as she points out.

But even as an ally, she feels “grateful” to have helped be a part of this change.

“It took me a long time to become comfortable with myself, and I’m sure it’s that way for a lot of trans people, too: becoming comfortable with they are and their gender,” Meehan says. “Nobody has a right to tell someone they can’t express themselvesor that they are weird or wrong.”

“At the end of the day, it’s everybody’s issue,” she adds.