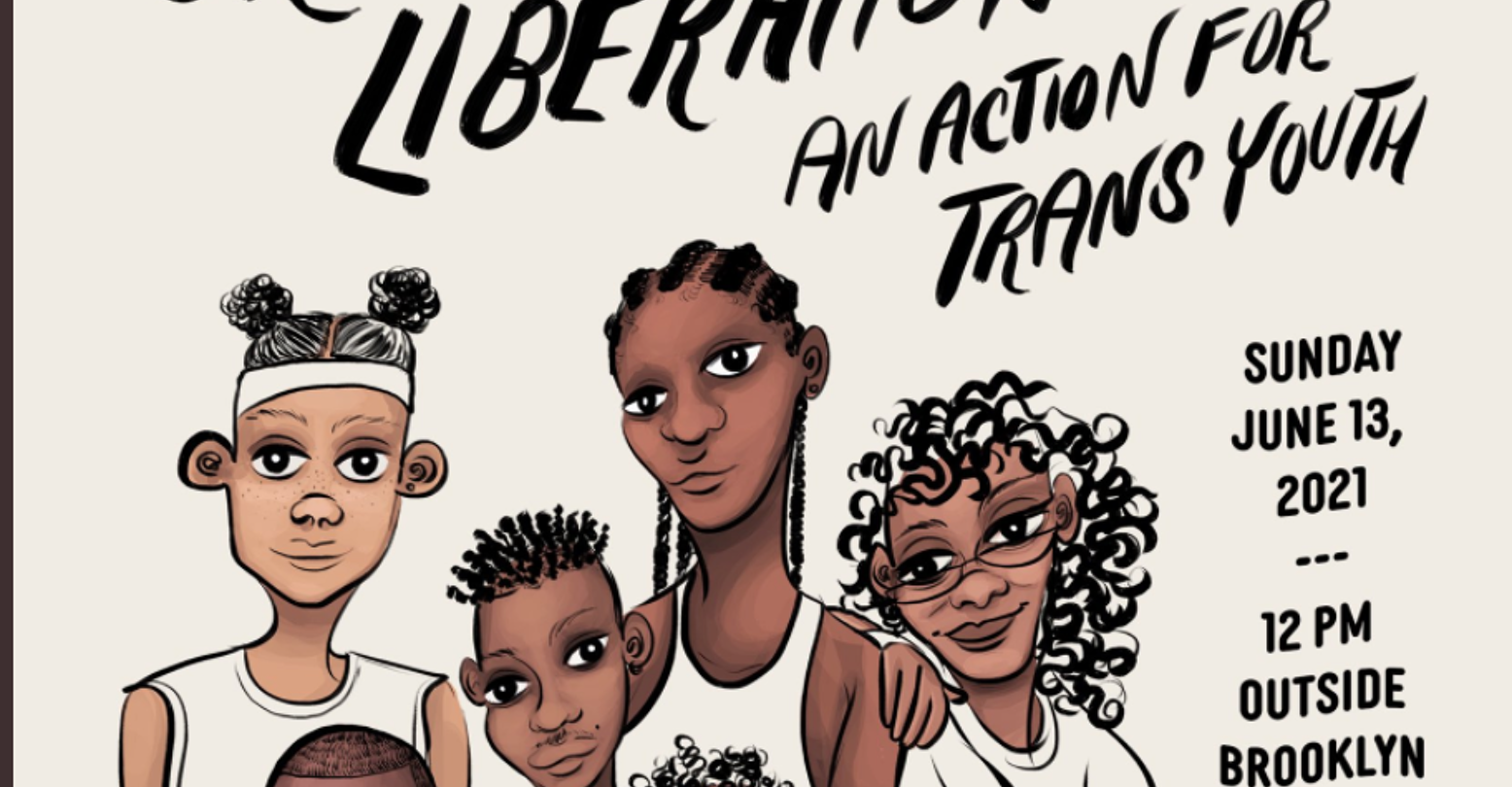 Last year, the Brooklyn Liberation March rallied with a call of #JusticeforLayleen to combat the spate of murders of Black trans women. This year, activists gathered once again with the same sense of urgency to save the lives of Black, trans and non-binary youth.

On Sunday morning, the front of the Brooklyn Museum was abuzz as the gathering point for protesters; many of whom were led by trans, nonbinary activist Shéár Avory. Mx. Avory was a key speaker at the march with their calls not just for theoretical allyship, but for tangible action that actively reshapes the quality of life for black trans and non-binary folks.

“We are here to claim space,” Mx. Avory announced at the rally, as reported by the New York Times. “We are here to say that we have a right not just to survive, but to thrive; to demand that our movements show up and center us.”

The crowds marched through Brooklyn with a mission not just to create new spaces, but to reclaim the spaces from which Black, trans lives have been erased. With the recent spate of Republican anti-trans bills passing into law like dominos across conservative states —there’s been 10 in the last year—and the events of Stonewall being historically white-washed, those safe spaces are getting harder to find. Where some white queer people plan to party this June, all black trans folks are declaring a state of emergency for the sake of their lives.

Wes Garlington, a 25-year-old Brooklynite, attended the rally with their partner and stood up to be the support they themselves needed when they were a young, Black trans kid, “We’re Black and trans, and I would’ve liked more protecting as a child…” they explained. “So we came out to show support.”

On top of these newly passed bills, the ongoing global pandemic continues to hit people of color and trans folks the hardest. Meaning that the economic disadvantages for trans folks, as they already existed, have increased drastically. Still, though the community is at its most vulnerable, anti-trans and anti-black violence does not cease.

According to the Human Rights Campaign, at least 28 trans or non-binary people have been killed so far this year. It has been six months since January and yet, the violence, as it existed prior to and continues to be perpetrated by the new bills, overwhelmingly targets Black and Hispanic trans lives.

As one of the march’s organizers, trans activist Raquel Willis explains the connection between the bills ability to impact children as well as how targeting trans kids, normalizes violence against trans adults, “When we talk about the epidemic of violence plaguing Black trans women and brown trans women, that is so tied to the violence and the psychological distress that trans youth are facing.”

Yet, statistics and horror stories are not all that’s found during the Brooklyn Liberation March. “In the midst of this chaos, in the midst of these anti-trans bills across the country, there is a legacy of resilience, a legacy of hope, a legacy that young people really came together to birth,” Avory explained.