Lhamon sits as the Chair for The U.S. Commission on Civil Rights, an independent agency tasked with informing the development and enhancing enforcement of national civil rights policy and federal civil rights laws. She is one of a growing number of Americans, LGBTQ and their allies alike, pushing legislators for more local, state, and federal non-discrimination and anti-harassment policies. Some states and localities across the nation have passed laws preventing discrimination of employees based on gender identity; however, as it stands, there is no federal civil rights law that protects employees based on gender identity. Attorney General Jeff Sessions reversed Title VII, which protects employees based on sex, originally having included transgender and gender non-conforming people under the Obama administration.

Below is the second part of our series on trans, gender nonconforming, non-binary, and Two-Spirit people in the workplace. Today, INTO spoke with five transgender and gender nonconforming people about their experiences dealing with anti-workplace discrimination. Here’s what they had to say. 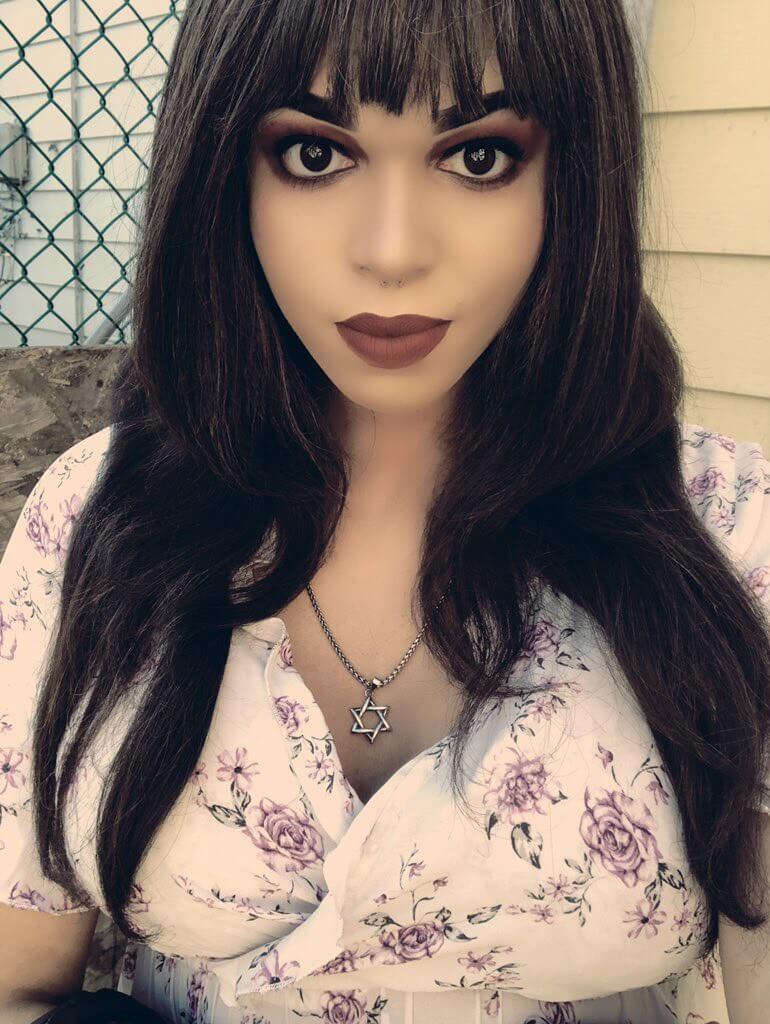 I have dealt with coworkers at my previous jobs openly insulting me, flat out asking me what is between my pants, and getting angry with me for referring to myself as a mother rather than a father. I have also dealt with supervisors treating me more harshly and with a far shorter leash than any of my cisgender coworkers.

People think that trans women don’t even exist, and if we do then no one would ever bother us, which has produced an environment where sexual harassment and disrespect is normalized and we don’t feel safe enough to talk to supervisors about what’s going on. I have been sexually harassed by cisgender female coworkers and have felt completely unable to actually bring light to that fact.

Until we have actual trans people in important positions of human resources and upper management, as well as having informed training for everyone in every sector no matter public or private, we will continue to be forgotten.

I have definitely been passed up for jobs in the past due to my being transgender and interviewers have openly changed their entire demeanor as soon as I let them see my ID so they can enter me into payroll. I have had to be far more qualified than necessary to even get noticed enough to obtain most interviews.

As long as I have to report abuse and harassment to people who are nothing like me and cannot comprehend my experiences, I will never personally feel safe.

As I alluded to earlier, we need mandatory training as well as trans people in positions that actually matter.

My advice to others is that I understand the desire to just shut up and let people abuse you. The workforce is not designed to protect us whatsoever. Please don’t feel bad if you feel like that is your only option for survival. 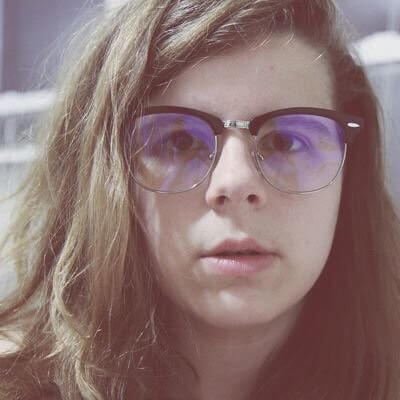 I haven’t been out at work really so whenever I’ve experienced microaggressions I usually ignore it. When working a corporate job last year, I worked in a small team, where my coworkers were all white men. I faced a double standard of how I dress because I was absolutely expected to wear heels and skirts while I preferred to present more masculine.

I feel left out of the conversation because even in “queer-friendly” offices, people still rarely address gender-neutral pronouns. The company loved to boast how they were a great place for LGBTQ people but yet never bothered to ask me which pronouns I use.

The government isn’t doing enough because there aren’t legal consequences, that I know practically of, for folks who intentionally misgender me, who think there are only two genders. Right now, in this political climate, my identity is seen as a “free speech” issue, in that I have to respect other people’s hate speech for misgendering me. That I have to explain Gender Fluidity 101 to every single person who harasses me or else I’m part of the intolerant Left. Obviously, this is wrong and unjust, but this is a reality I grapple with every single day.

I’m self-employed because I know my identity won’t be protected in the workplace.

We need to integrate gender education into our sex education programs, and likewise, workplace training. But at the same time, sex ed is always precarious and often absent from schools; diversity trainings often center white cishet fragility. As long as our economic system is broken — because our schools and diversity trainings only matter if they produce profits — trans workers will suffer.

I would like to see trans advocacy center working class people, homeless folks, sex workers… after all, this is what our trans ancestors, Marsha P. Johnson and Sylvia Rivera, did through their organization, S.T.A.R. There are plenty of transgender people making six-digit incomes. They aren’t the ones who need to be centered. 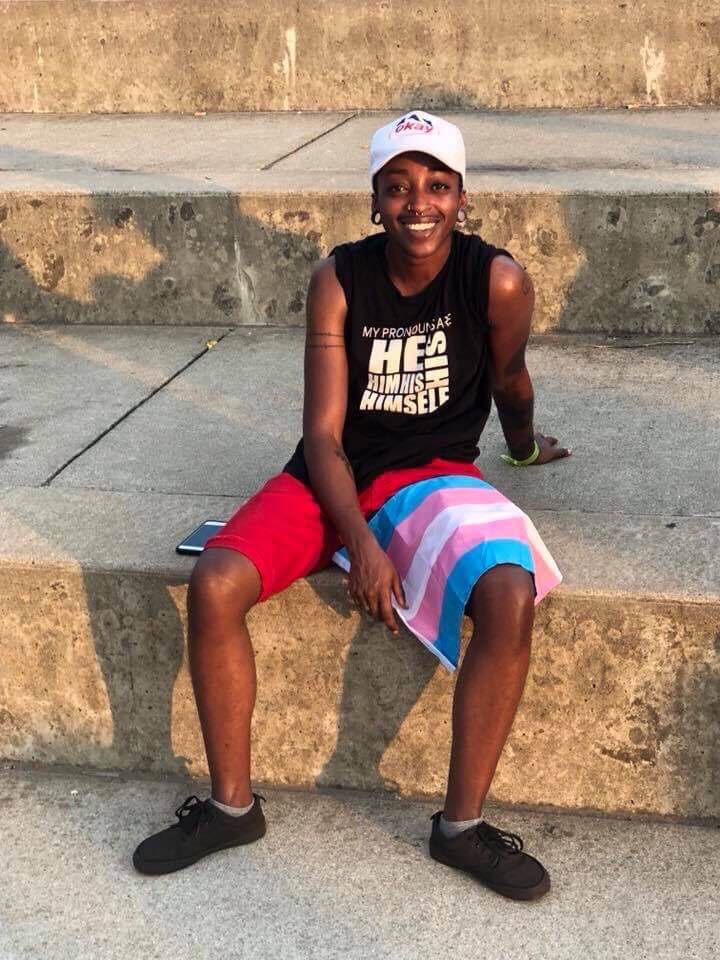 I’ve always tried to keep politics out of the work environment. However, I had written “Dump Trump” on the back window of my personal vehicle around election time. It had been there for over two weeks, but I was asked to remove it after receiving a complaint from the owner. I stood up for myself initially, but my boss wouldn’t let up, eventually escalating the situation. It may seem minor, but after hearing them say the “N-word” in passing (with the hard e-r no less), I knew this was racially motivated. I kick myself all the time for not doing more, but because it was a private business, there was no HR to go to and no one to ask for help. My coworkers were complicit.

I hardly see conversations centered around trans people regarding the obstacles faced when navigating the work environment. Safety is a major issue — even within the hiring process. I’ve gotten lucky in my last few employment opportunities in that the owners didn’t visibly have an issue with my gender identity. However, upon starting, they had my birth name on the schedule that everyone had access to. This minor misstep caused me to have to try to explain to complete strangers why my chosen name wasn’t the same. This is why I keep having these conversations around things like name changes, having the option to fill in your gender, protecting personal information and keeping people safe.

I don’t even think the government is doing the bare minimum [to protect trans workers]. I’m not going to act like I have all the stats, but I do know that I can get fired for any reason, and that includes someone not “agreeing with” my identity in a lot of states.

We need anti-discrimination laws that protect everyone, in every state. Everyone has to work in this capitalistic society and it isn’t fair that we aren’t allowed the same opportunities.

I know it’s hard to stand up for yourself when no one is around to have your back, but sometimes your voice is all you have — use it when you can. 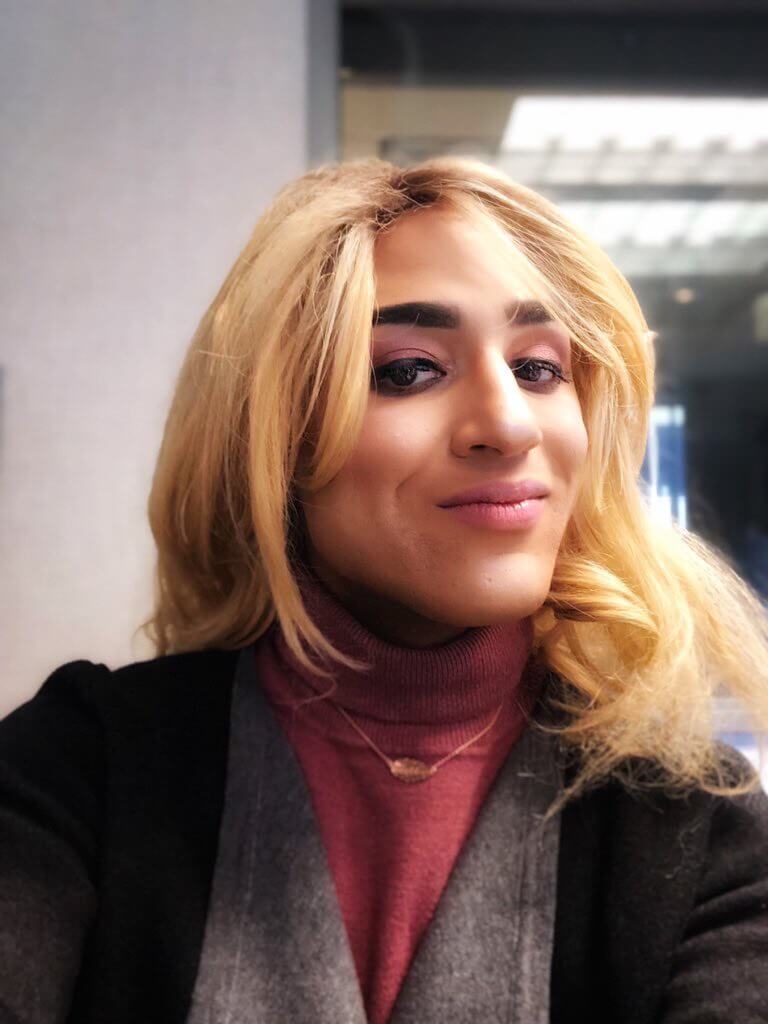 I transitioned on the job, because of the field that I work in. I happened to be the first openly transgender employee at this company, and it’s a pretty urban company. t was an experience for everybody, learning how to use the right terminology, and I kind of felt like I needed to come to work glammed up every day, so that it could make sense to other people; so that I wouldn’t be continuously be misgendered or having the time to educate folks.

We had a company meeting where they had a lawyer come in and explain transgender and non-binary rights, along with protections of the state among other things. When it got to question time, the employees blatantly stated that they would be uncomfortable with a transgender person in their restroom. And from that moment on, I tended to wait until I went home to use the restroom. We only had male and female restrooms, and it would make me feel uncomfortable to the male’s restroom and it felt as if I was uninvited into the female restroom.

I feel like the government was doing more before we got this new administration. This new administration could care less about us. But I do think that overall, as a trans person, seeing how more light is being shined on us, I think that that is making it a little easier. Everyone is still going to deal with discrimination, we’re going to deal with it in one way, shape, or form, discrimination is discrimination, whether it’s someone misgendering you, or looking at you sideways for entering the restroom. Theres always going to be some discrimination. We can’t just go away for two years and come back.

I would like to see more gender-neutral restrooms, which are a huge thing. National Coming Out Day, Transgender Day of Remembrance — days like that along with the other days like we celebrate Women’s History Month, or this month, or that month, I think that recognition of these days that do matter, force people to get educated, move away from the ignorance that they may kind of possess. 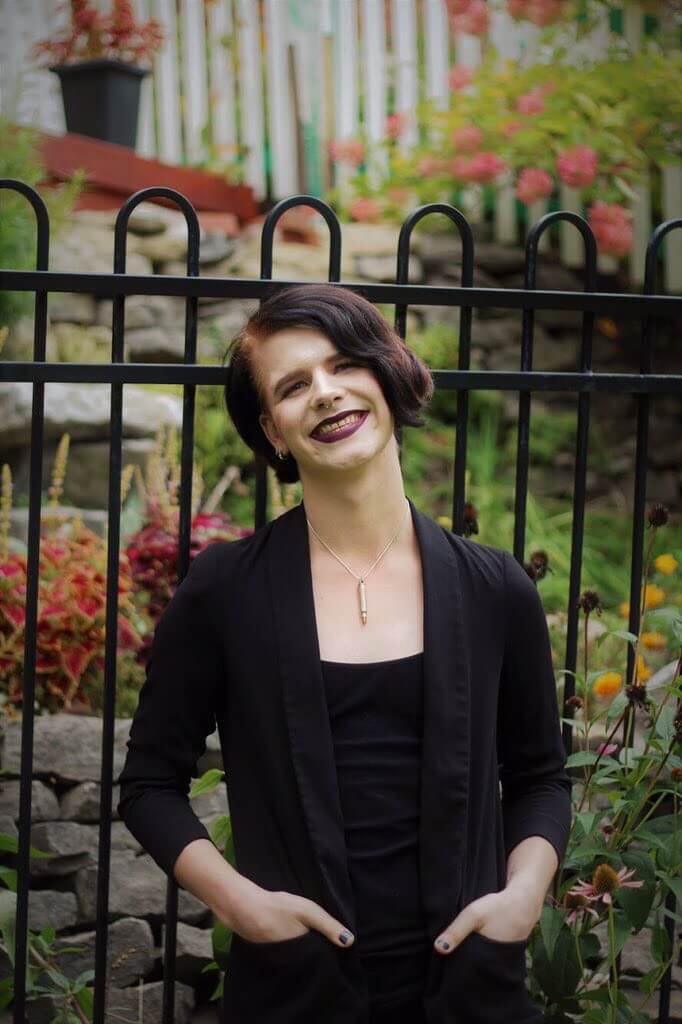 I’ve been really fortunate that most of my workplaces have been LGBTQ affirming and so I haven’t personally dealt with workplace harassment in terms of my co-workers or my supervisors, I’ve of course dealt with things in terms with working with clients or customers or folks outside of my organization that we’re working with. But most of the time in those situations I’ve been fortunate enough to have my employer really back me up, for example when I had unfortunate situations in my workplace I’ve always had an employer whose backed me up with that and dealt with the problem. And so that really affirms my needs and what I’m looking for and keeps me safest. So I’ve been really lucky in that regard.

I think a lot of workplaces don’t take the fact that trans people often experience harassment and violence in the workplace seriously. And I think that more than that, organizations also don’t realize how deeply ingrained transphobia can be in the workforce, on one note organizations don’t take it seriously and on the other note, they never really dedicate the resources that are actually needed to create a safer space in an organization that is truly accepting of trans and gender diverse folks. So I just see a lack of commitment to creating those inclusive safer spaces.

In Ontario, the best data we have on trans employment is that 50 percent of trans people in this province make less than $15,000 a year, which is absurd. There’s a lot of employment discrimination that happens, but as well a lot of folks who work in more traditional sectors such as construction or receptionist, or all sorts of kinds of work, I think there’s higher rates of harassment and violence in those workplaces than a lot of Canadians would like to admit.

One of the biggest things I would like to see greater visibility of trans people is the fact that trans people exist and are in the workplace. A lot of the time service providers or organizations are not just their clients but also their employees, and we also need broader representation of what trans looks like. A lot of the time it comes down to a lens where it’s either white trans folks, mostly trans masc folks a lot of the time, so that creates a scenario where folks who don’t reflect that identity are not reflected in workplaces.

Beyond that, organizations need to be hiring trans people as their staff and emphasizing that they want trans employees. They need to be making sure that their entire staff is trained and that they have policies in place around trans folks, and dealing with folks coming out in the workplace, or reporting mechanisms for folks who are trans, who might experience harassment, there’s a long way to go, but the building blocks are very much that we need to do more work to educate workplaces on the basis of trans inclusion.