A Missouri teen who was brutally murdered and whose body was found earlier this month is also transgender, according to her own social media posts.

Seventeen year-old Ally Steinfeld’s homicide was covered in several outlets, but her trans identity was not mentioned, though some local media did allude to the fact that she went by a different name than her birth name on some social media.

According to the Washington Post, family reported Steinfeld missing on September 14 after saying they hadn’t seen her in a few weeks. Steinfeld’s burned body was discovered later in September 70 miles east of Springfield, Missouri. 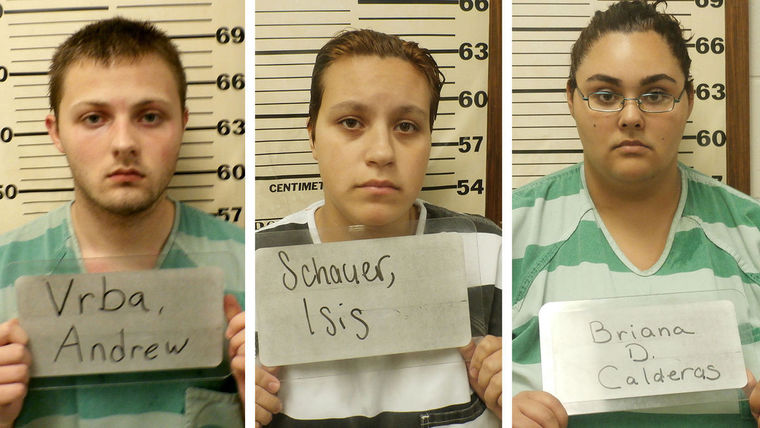 Andrew Vrba, Isis Schauer, and Briana Calderas were charged with first-degree murder and abandonment of a corpse. According to the Post, Vrba stabbed Steinfeld. The trio then burned the 17-year-old’s body. The Post went into further detail about how the trio mutilated Steinfeld’s body. Both women involved in the murder said Vrba “bragged” about killing Steinfeld, local media reported.

“I coming out, I am [male-to-female], I hope all u guys support me,” she wrote in an Instagram post from May.

In a later post, Steinfeld said she identified as trans, as well.

A Facebook post by Ally Steinfeld’s sibling also alluded to the 17-year-old’s transition, identifying her as “brother/sister.”

Friends and loved ones have begun to leave messages on Steinfeld’s Facebook.

“We will not forget. We will say your name,” said one commenter. 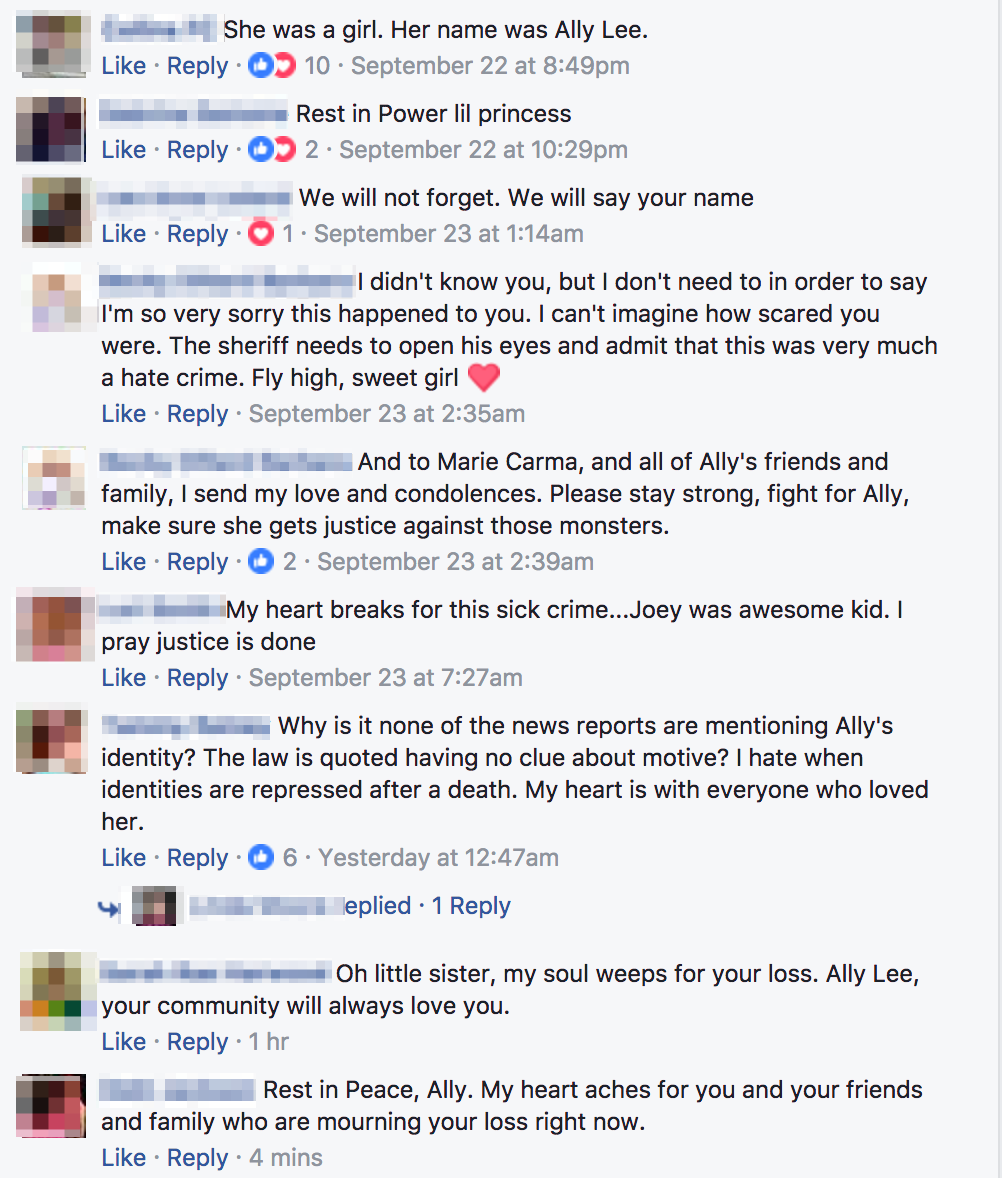 “Rest in peace, Ally. My heart aches for you and your friends and family who are mourning your loss right now,” wrote another.

Police are not currently counting the death as a hate crime, according to KY3.

Steinfeld’s murder is the 21st reported killing of a transgender person in 2017, according to GLAAD. Loved ones have set up a GoFundMe to help with funeral expenses.