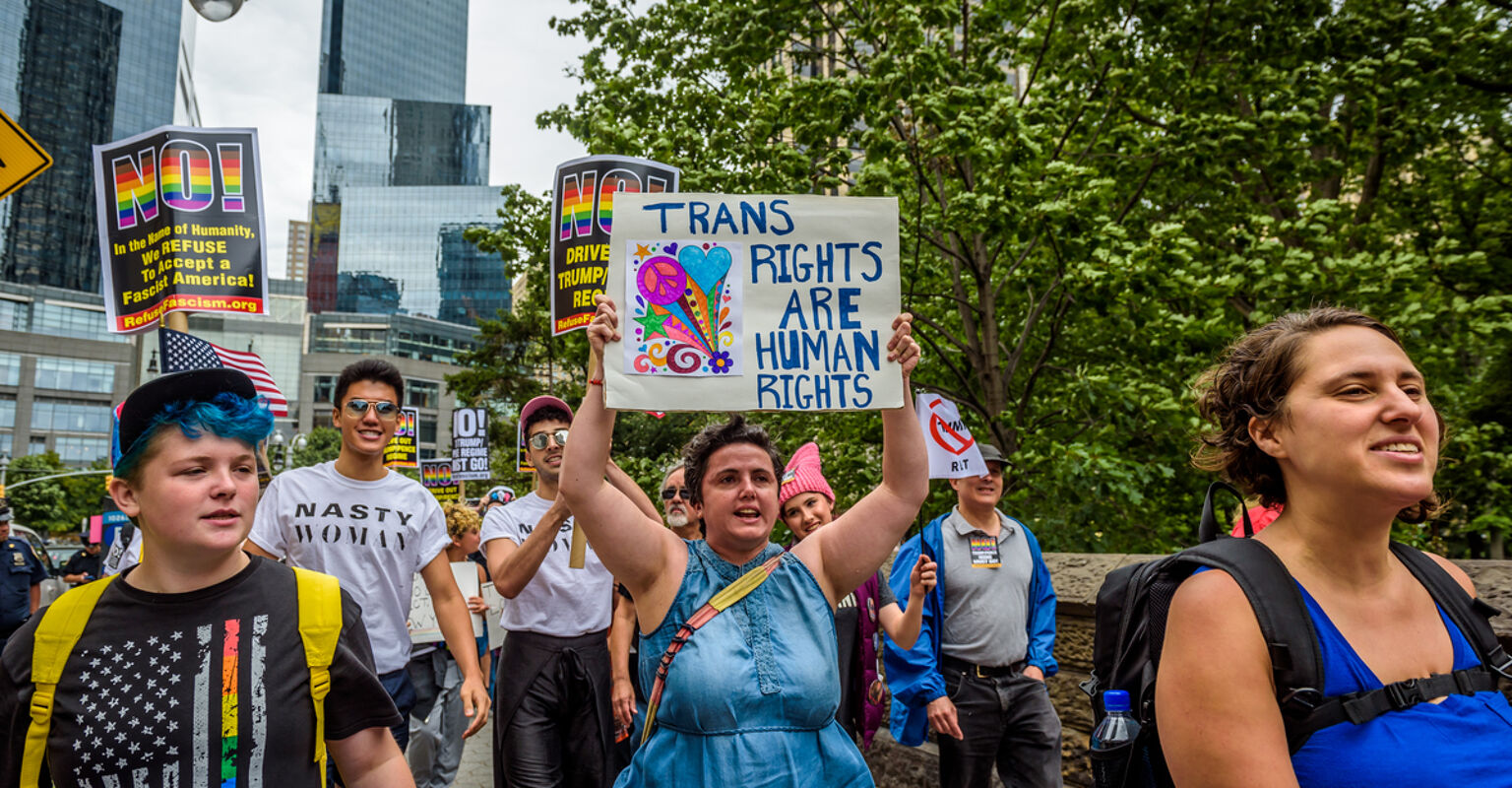 The Gender Expression Non-Discrimination Act (GENDA) was defeated on Tuesday by a Senate vote of five to four, meaning New York will soon be the only state in New England lacking laws on the books preventing transgender individuals from bias in housing, employment, and public accommodations.

New Hampshire lawmakers passed a trans-inclusive nondiscrimination order in May, which awaits the governor’s signature. Gov. Chris Sununu is likely to sign it.

Although the majority Democratic New York Assembly approved GENDA by a 100-43 margin earlier this month, the landmark bill was defeated in the upper house of the legislature the same way it has for more than a decade: along party lines.

The five Republicans on the majority conservative Senate Committee on Investigations and Government and Operations all voted against the trans rights bill. These politicians are Sens. Martin Golden of Brooklyn, Andrew J. Lanza of Staten Island, Terrence Murphy of Yorktown, Thomas O’Mara of Big Flats, and Elaine Phillips of Flower Hill.

Each of these committee members also voted against GENDA last year.

In a phone conversation with INTO, the bill’s sponsor, Democratic State Sen. Brad Hoylman, called the legislation’s defeat “appalling.”

“In the state of New York, there aren’t laws to protect people from hate crimes,” Hoylman claimed. “Transgender people were specifically excluded from the human rights law about 20 years ago. It’s way past time that we gave them the same protections as other groups.”

“We’re talking about trans young people,” he added. “And it’s heartbreaking because we as adults have the responsibility to protect them from harm.”

Just one other state in the U.S. has nondiscrimination laws that enumerate protections on the basis of sexual orientation but not gender identity: Wisconsin. New York passed the Sexual Orientation Nondiscrimination Act (SONDA) back in 2003, which outlaws bias against gay, lesbian, and bisexual people under the state’s human rights code.

Democratic lawmakers have pushing an analogous trans rights bill so long that George W. Bush was still president the first time that legislation was introducedon June 3, 2008.

At the time of writing, that bill has never even made it out of Senate committee, repeatedly voted down by conservatives before it could receive a full vote on the floor. But as Hoylmanthe state’s only openly gay state lawmakernoted in his interview, Senate Republicans haven’t advanced any LGBTQ rights bill in seven years.

The last piece of legislation on queer and trans rights to be debated by both houses of the New York Legislature was the 2011 Marriage Equality Act, which legalized same-sex unions in the state.

Hoylman said that all the Senate Republicans who voted in favor of that legislation have since left the legislature.

“We’re dealing with a Senate that has dug its heels in with opposition to LGBTQ rights,” the lawmaker claimed. “The governor has tried to change New York’s reputation on LGBTQ rights by signing into order protections for transgender people, but it’s not the same thing as statutory laws.”

Cuomo also signed an order in 2016 banning insurance companies from covering conversion therapists after proposals to ban the anti-LGBTQ practice stalled in the Legislature several times. Hoylman reintroduced a bill outlawing the discredited gay cure treatment, which has been condemned by every leading medical association, earlier this year.

But as nearby states like New Hampshire and Maryland pass conversion therapy bans, New York is unlikely to join themor enact any legislation benefiting the LGBTQ communityunder the current order.

The liberal lawmaker said it’s New York’s trans community who will continue to suffer from what he calls “Republican party obstruction.”

Even in more liberal areas of the country, transgender people experience extreme discrimination in nearly every aspect of their lives. Trans individuals are twice as likely to be unemployed as the average person. According to the National Center for Trans Equality, 47 percent of transgender people have been “fired, not hired, or denied a promotion” due to their gender identity.

Hoylman claimed that a bill prohibiting rampant bias against a community that’s disproportionately likely to be forced onto the street and even murdered will “save lives.”

“I believe that transgender rights are the unfinished business of the LGBTQ civil rights movement in New York State and across the country,” he said. “No one should be uncertain about their job or where they live or be fearful of their personal safety because they’re transgender.”

The lawmaker argued the solution comes down to getting out to the ballot box in November. If New Yorkers vote for LGBTQ-affirming politicians, GENDA will finally have a fighting chance of passage.

“I can’t overestimate how important it is for the Senate to flip here in New York,” Hoylman claimed.