As a veteran of the LGBTQ movement for more than 20 years, I’ve been to a lot of rallies. But the atmosphere at the Supreme Court this past Tuesday was a rare moment I don’t get to experience every day.

As the new CEO at Freedom for All Americans, I was attending my first-ever rally at America’s highest court on the day of oral argument in Masterpiece Cakeshop vs. Colorado Human Rights Commission, one of the most significant LGBTQ rights cases in recent history. The energy was palpable. At its core, this case concerns whether existing nondiscrimination laws can be overridden by sweeping exemptions on the basis of religion. The outcome will have a tremendous impact on equal treatment for LGBTQ people and could extend to other nondiscrimination laws based on race, religion, sex, and additional protected categories.

More specifically, this case is the story of a same-sex couple who simply sought to buy a cake for their civil marriage in 2012. When Charlie Craig and Dave Mullins entered Masterpiece Cakeshop, the Colorado bakery refused to serve them, citing religion as the reason. 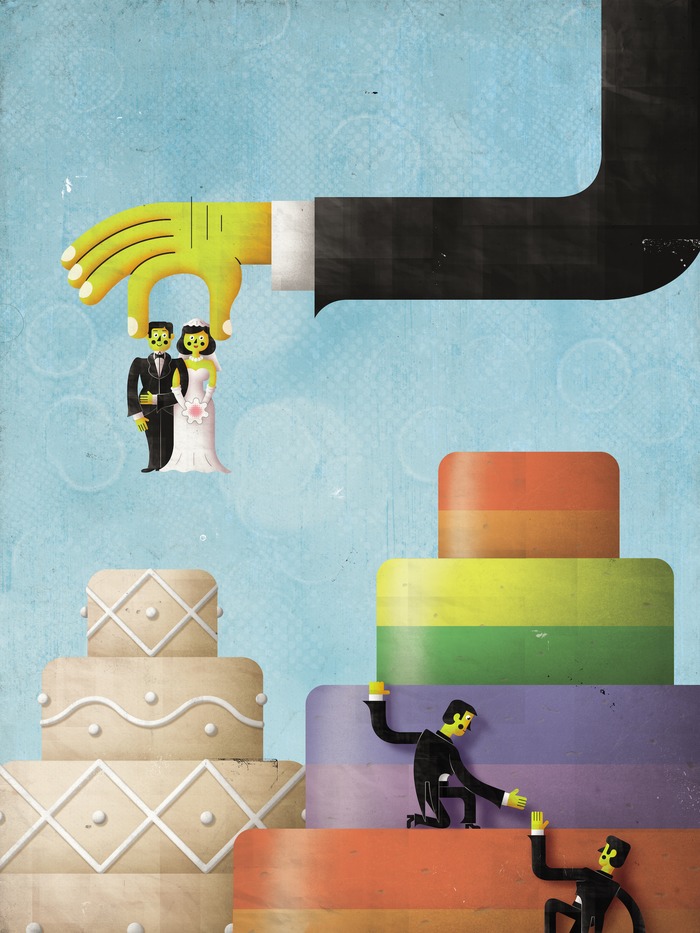 “Religious freedom” has been the primary buzzword for opponents of LGBTQ equality who have spoken out in support of the bakery these past few months. Their argument is that when individuals or businesses are compelled to provide certain services to LGBTQ people (e.g., a cake), they are by extension endorsing the purpose for which the service will be used (e.g., a wedding). They believe they should be exempted from doing so if it is a violation of their religious beliefs.

The truth is, using the guise of religious freedom in an attempt to justify discrimination has been a deliberate tactic by both opponents of LGBTQ equality and opponents of broader progressive social movements for a long time. In fact, ever since the tide turned on marriage equality, those opposed to LGBTQ rights began to cite religious freedom to try to push forward harmful carve-outs on the state and federal level that permit businesses, individuals, and government agencies a license to discriminate.

And sadly, that strategy doesn’t differ from those who tried to hold America back at the height of the Jim Crow eraan incredibly shameful period in our history.

One of the most notorious recent examples is Indiana’s so-called Religious Freedom Restoration Act (RFRA), passed in 2015one of 21 states with laws on the books that allow ambiguity and exceptions in enforcing nondiscrimination protections. Sponsors of laws like the one in Indiana often claim they are rooted in the identically-named federal Religious Freedom Restoration Act (RFRA), which passed in 1993.

But that law was actually very limited. It intended to protect people from discrimination based on religion, and had nothing to do with turning away LGBTQ people. The Masterpiece case is simply a high-profile overreach by our opposition to resist equal treatment for LGBTQ people in whatever way they can.

Ironically, a bad ruling in Masterpiece could negatively impact people of minority faiths, defeating the whole purpose of the original RFRA. Allowing a Christian business owner to turn away a person because they don’t support marriage for same-sex couples could easily lead to a Christian business owner turning away a person who is Muslim or Jewish because they don’t agree with the basic tenets of their faith.

On a larger scale, the trajectory of American history demonstrates that religious freedom has too-often been misconstrued to pursue harmful agendas that exclude certain categories of people. It’s hardly a new tactic.

During the civil rights movement, white business owners resisted serving black customers by claiming their religion prohibited it. This October, the NAACP filed a friend-of-the-court brief, a legal document expressing a compelling interest in the case, to the Supreme Court in Masterpiece. In the brief, the organization recalls an incident in 1964 following the passage of Title II of the Civil Rights Act, which prohibited racial discrimination in public accommodations. A South Carolina restaurant refused to serve three black customers because the owner believed that doing so “contravene[d] the will of God.”

Sound familiar? What took place in that case, titled Newman v. Piggie Park Enterprises, was nearly identical to what happened to Craig and Mullins five years ago. The 1964 case made it all the way to the Supreme Court, which unanimously held that the restaurant owner violated Title II because, as the district court explained, “free exercise of one’s beliefs, as distinguished from the absolute right to a belief, is subject to regulation when religious acts require accommodation to society.”

The Supreme Court must now stand by this precedent, reaffirming that freedom of religion doesn’t provide an absolute trump card against adhering to public accommodations laws like the one in Colorado. These laws are necessary to allow individuals who have historically faced discrimination to access basic public services and enter businesses without fear of being turned away. 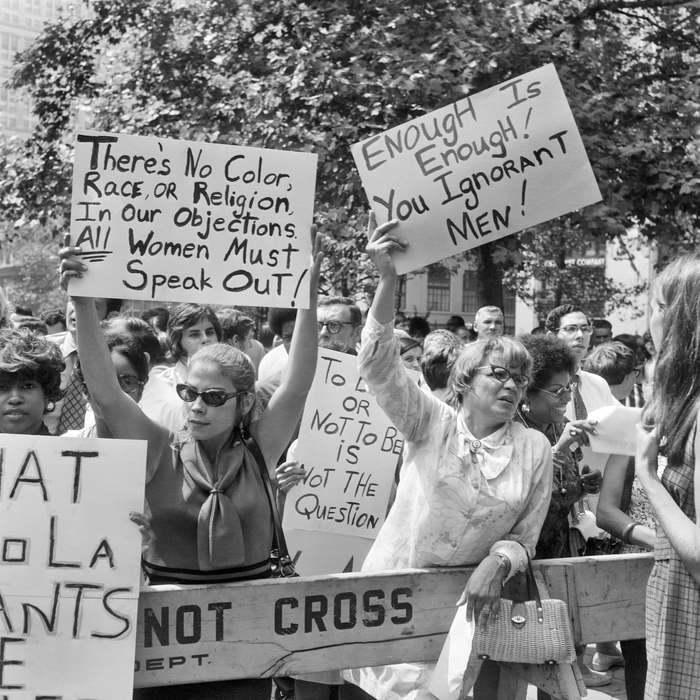 Freedom of religion is simply not at risk in the Masterpiece case. Religious freedom is a long-held American value which is powerfully protected by the First Amendment of the U.S. Constitution. It’s what makes America the great country it is. But faith-practicing Americans do not enjoy the freedom to break the law simply because of their religion. Businesses that are open to the public must be open to all classes of people and serve everyone equally on the same terms, regardless of who they are or who they love. A business cannot, and should not, enforce background checks on or screen its customers before it provides them a service.

There’s no exception for this for people of faith who happen to be business owners. Once a business opens its doors to the public, it agrees to abide by the lawin this case, Colorado’s nondiscrimination law. Religious freedom is meant to be a shield, not a sword, and it should never be used to treat people unfairly. That’s not how it was intended by the founders of our country, and it should not be the situation now.

Recent polls of American voters debunk the notion that religious freedom is under attack or in need of extraordinary protection from nondiscrimination laws.

According to the Public Religion Research Institute, 72 percent of Americans support laws that protect LGBTQ people from discrimination in employment, housing, and public accommodations. This includes six out of 10 Republicans and 81 percent of Democrats. The same poll found that 53 percent of Americans oppose allowing wedding-related businesses to refuse service to same-sex couples on religious grounds.

This is consistent with the belief of many faith communities in the Masterpiece case: Nearly 1,300 clergy, representing half a million congregants from 50 unique faith traditions, signed onto a friend-of-the-court brief in Masterpiece to oppose religious exemptions from a faith perspective.

The ruling in Masterpiece can affirm that LGBTQ people are no less than anyone else, or it can set back our movement in a detrimental way. It’s on us to have the important conversations with our loved ones, neighbors, and colleagues in order to get the word out and organize in a way we never have before. This is not about one case and it’s not about one cake. It’s about our basic freedom to be who we are, take care of our families, and pursue a happy and fulfilling life in the most fundamental way.

Masen Davis is the CEO of Freedom for All Americans, the campaign to secure LGBTQ nondiscrimination protections nationwide.