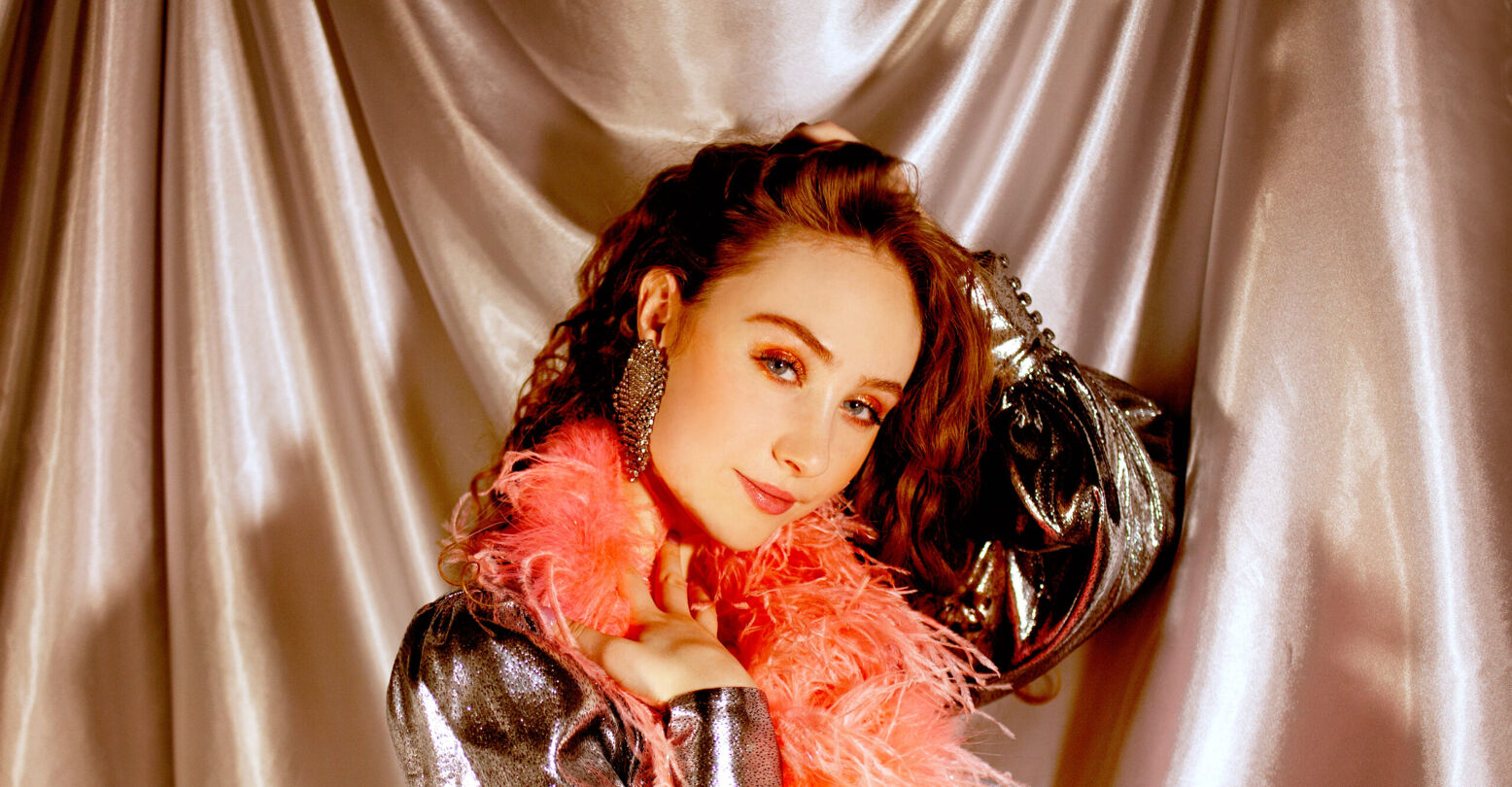 If you’re not a fan of Chappell Roan’s music, she hopes you really, really hate it.

“As long as it helps you to further your self-discovery, that’s kind of all that matters to me,” Roan tells INTO. “As long as people aren’t indifferent, it’s great to me. I hope that it impacts someone in some way, even if it’s not positive towards me. I think that’s all I could ever ask for.”

Her latest single, “My Kink Is Karma,” is no exception. The song is nasty, malicious and just a little bit evil — and Roan knows it. The track’s lyrics are pulled from “unfortunately real” relationship experiences, she says.

“I’ve been through some pretty gnarly breakups,” she says. “I was just sitting in the session and I was like, ‘Ah, it feels so nice that my ex is doing horrible!’ Which is insanely toxic. The song is toxic! I’m very aware that it’s not healthy. But that’s how I was feeling that day.”

And thank goodness she was. Roan’s relishing in her ex’s misfortune produced an indie pop breakup bop for the ages. It’s near impossible not to sing along as her voice soars on the chorus: “People say I’m jealous, but my kink is watching you ruin your life, you losing your mind, you dyeing your hair!”

In the music video, Roan makes a literal clown out of her ex, embracing a “trailer trashy” aesthetic mashed with over-the-top makeup (which Roan designed herself). For her own character, fittingly named Karma, Roan says she wanted a “really jarring” look.

Instead, Karma, who’s featured in the music video and on the single’s cover art, has a stark white heart-shaped face, bright blue eyeshadow and devil horns.

“I took inspiration from clowns, at least for Karma’s makeup. The biggest one was the the character HIM from The Powerpuff Girls, which is a queer character, and I always thought he was really scary when I was younger,” Roan says. “I just wanted it to be very strange, and I wanted there to be a lot of imagery with it. Like, you think of that song, you think of the makeup that goes with it.”

The makeup, costumes and storytelling in “My Kink Is Karma” are all above and beyond, but Roan emphasizes that there was no major label funding or working on the video.

“It was me and my friends from summer camp who made it,” she says. “I mean, it looks very professional, and everyone was a pro, but I’m an independent artist. I paid for that out of my pocket.”

Roan’s biggest hit is one that’s still going strong, getting more and more popular by the day: “Pink Pony Club,” a sweeping song about finding community in queer nightlife.

It’s no surprise that the song resonates with queer listeners, but it took a while to find its groove. Unfortunately, Roan released the song in the first months of the pandemic, when no one was getting together to dance to a song celebrating the energy of a nightclub.

“It was kind of the worst time to ever release anything, especially a heavy song,” Roan says.

But in 2021, the song had a resurgence. Over a year after its release, people finally started paying attention: Vulture wrote that “Pink Pony Club” was a strong contender for 2021’s song of the summer, and since its April 2020 release, the track has amassed over 9 million streams on Spotify.

“It feels right,” Roan says about the song’s success. “She’s doing her thing, because she was always supposed to do this. Like, people are supposed to dance to the song. It feels very validating.” She thinks the song’s biggest moment is still to come.

Many listeners see “Pink Pony Club” as a queer anthem, something Roan doesn’t take for granted.

“Queer anthems are needed, and are special, and are impactful,” she says. “Queer people deserve to be celebrated just as much as anyone else. And I think it was so impactful to me to go through what I went through for ‘Pink Pony Club’ to work.”

“I had to hate myself and hate my surroundings to understand what it felt like for it to be right,” Roan continues. “If I was always confident and okay with being queer, I don’t think I ever would have written ‘Pink Pony Club.’ It was birthed out of a place of pain. West Hollywood was a place of safety. And I had to go through that transition to even get there.”

Roan’s recently gone through another transition, too: an aesthetic one.

“I started changing my aesthetic pretty hard last November, October,” Roan says. “I think I just got to a breaking point in my life where I was like, ‘I hate holding back. I hate feeling stupid. I want to wear whatever I want. I want to do whatever I want.’”

For Roan, that means listening to her inner child, but it wasn’t easy for her to realize that. Last fall, she found herself with the freedom to decorate her own bedroom, something she’d never done before due to her living circumstances.

“For the first time, I decorated my room however I wanted to, and it looked kind of like a childhood room. And I got really upset,” Roan says. “I was like, ‘This is embarrassing. Like, there’s butterflies on my walls — this is just embarrassing.’ I didn’t think that this is what I would be like in my 20s. I thought I would just be so much more chic and put-together. And I’m just not.”

It was “very painful,” Roan says, to realize the slick, dark aesthetic she’d been aiming for just wasn’t true to who she was. Instead, she turned to her childhood, embracing “eccentric, gaudy glam.”

“Prom dresses, thrift store, tacky! I realized that is what, to me, is very pretty. I think that Dollar Store jewelry and fake jewels are just as pretty as real diamonds,” Roan says. “I just went back to, ‘Oh, what would little Chappell think a popstar would dress like? What would she think would be pretty and exciting?’ And that’s how I run my entire project now.”

It’s been a smashing success. Roan has released two singles already this year, “Naked In Manhattan” and “My Kink Is Karma,” and she has two more tracks lined up to come out by this fall. (No spoilers, but her next song promises to be orgasmic, if you catch my drift.) Roan says she can’t wait to perform all of her new songs live, which she’ll have plenty of chances to do when she goes on tour with queer superstar Fletcher in November.

“I’m looking forward to the queer crowds, honestly. It’s just gonna be so fun! Fletcher’s music is fun. Her crowds are fun. Queer crowds are the funnest,” Roan says.

“It really solidified that these songs, after years of being only lived on Spotify and in my mind, seeing it come to life is so validating,” she says. “Like, this art means something. I didn’t just waste seven years.”

“My Kink Is Karma” is now streaming on all platforms.