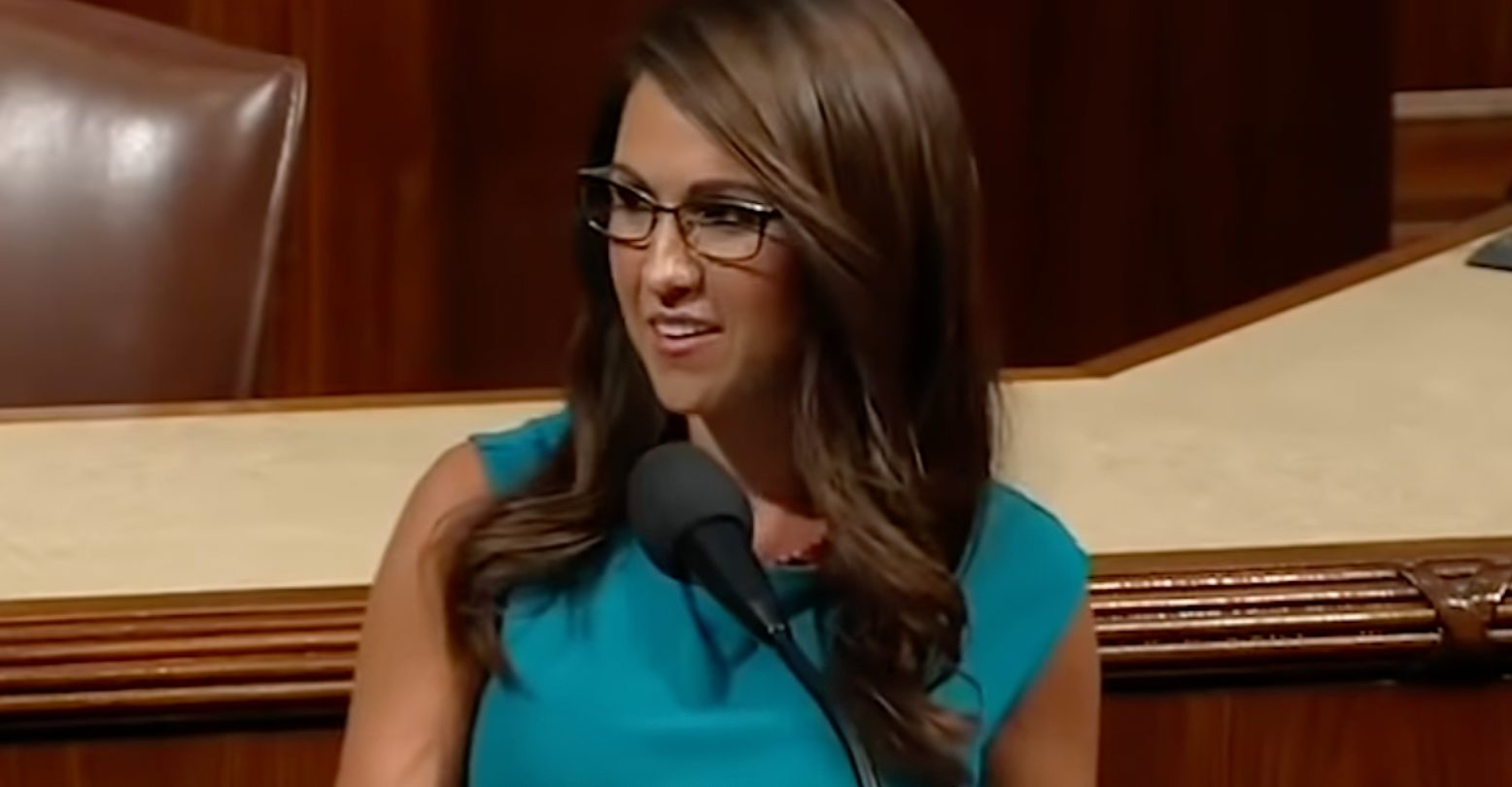 Politician Lauren Boebert fixed her fingers to type a tweet that was an attempt to tell everyone that they shouldn’t bring their children to “drag bars”. Rather, they should take them to church.

Take your children to CHURCH, not drag bars.

WIth the timing of the tweet, Boebert’s more than likely referring to the influx of drag performances geared towards families. More drag queens are hosting story time in drag at public libraries, hosting performances at schools, and giving children the opportunity to dress up as well.

A North Dallas gay bar hosted a family friendly event called “Drag Your Kids To Pride” that has unfortunately come under fire, as has the School District of Philadelphia for hosting a drag queen performance as part of the end-of-year Pride month celebration.

Boebert appears to be another critic, but who is she? Boebert is a U.S Representative of Colorado’s 3rd district. She’s a staunch supporter of gun rights and even started a restaurant called Shooters Grill, where staff are encouraged to openly carry their firearms. But what would you expect from someone living in Rifle, Colorado? You read that right.

Aside from being the NRA’s champion, Boebert opposes green energy, sex education, abortion, and gender-affirming treatments for minors. Oh, and she’s a Trump supporter. So, there’s an overview.

And while Boebert was spewing hatred online, many were ready to put her into her place. Like this tweet did.

your husband jayson boebert was arrested in 2004 for exposing his penis to a group of teenage girls in a bowling alley https://t.co/upaesyqX7k

Boebert’s husband Jayson was arrested in 2004 for exposing himself to minors at a bowling alley. He spent four days in jail, followed by two years of probation. The politician, who was 17 at the time, was also present.

In addition to this tweet, the internet was not letting Boebert have any peace after trying to attack the LGBTQ community.

Can’t wait to take my daughter to a drag show 🥺 https://t.co/7rqsG6y2BZ

I assure u kids would be much happier singing and dancing to pop music with glittery performers than sitting on ass-hurting wooden pews hearing people preach about some guy who’ll send you to hell for wearing mixed fabrics https://t.co/ToT82q7Gy6

Idk who this person is or why it showed up on my feed but I will proudly take my future kids to both! Happy Pride, Lauren! https://t.co/G04VCvXJRj

Lauren Boebert lives in a world that is unlike the real one where the rest of us live in. A world where kids never suffer any abuse at the hands of church leaders, and where artists are the danger.