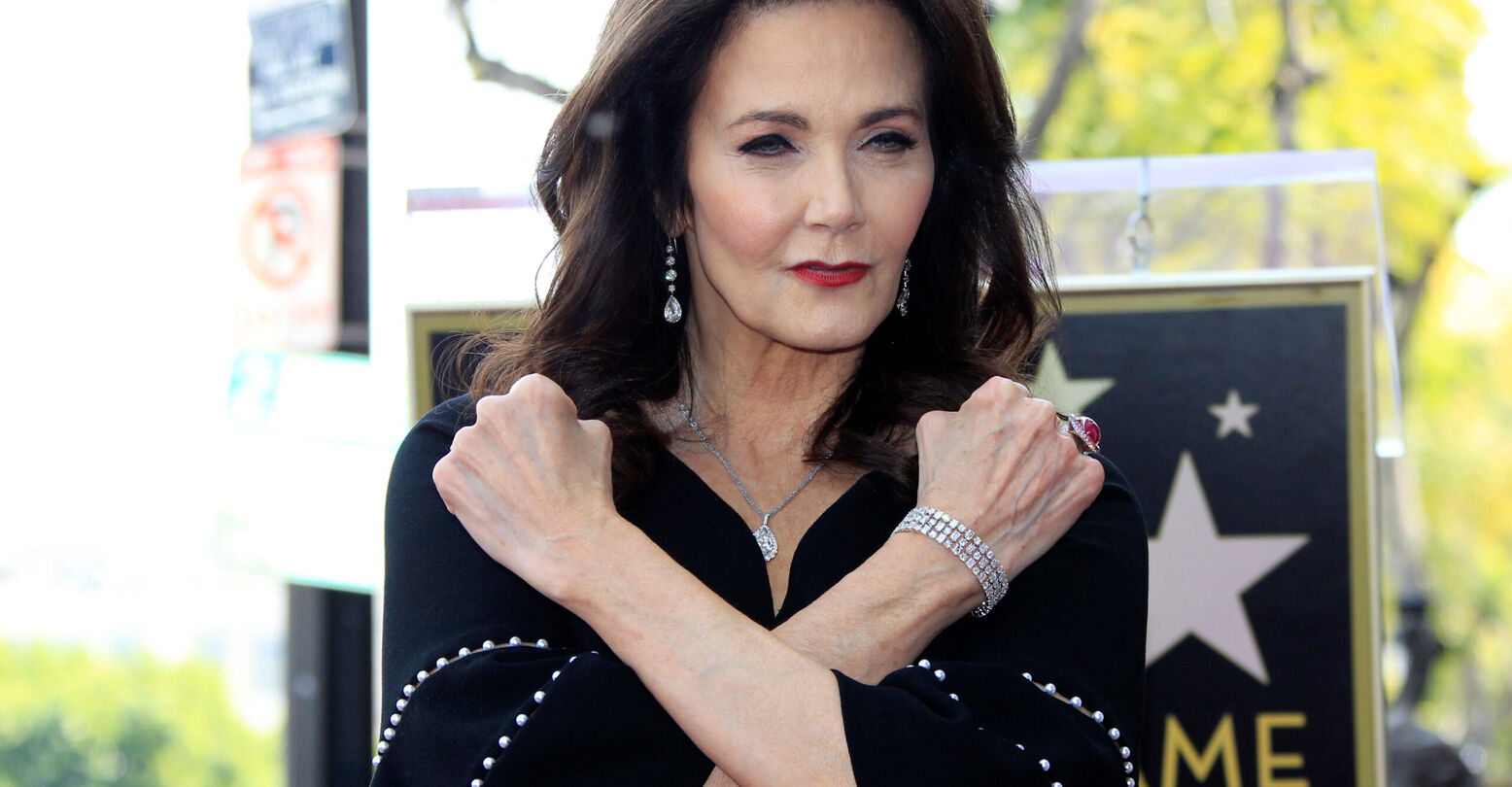 Wonder Woman has entered the Pride chat. The O.G. on-screen Wonder Woman, Lynda Carter, had to remind everyone that the Princess of Themyscira is an LGBTQ icon.

I didn't write Wonder Woman, but if you want to argue that she is somehow not a queer or trans icon, then you're not paying attention.

Every time someone comes up to me and says that WW helped them while they were closeted, it reminds me how special the role is.

Wonder Woman is one of DC’s staple superheroes. With two comic origin stories, one detailing her as molded from clay and raised by the queen of the Amazons and the other portraying her as the child of the Amazonian queen and the Greek god Zeus, she’s canonically known as queer in the comics. The establishment of her first queer relationship was featured in Dark Knights of Steel, which reimagines the DC superheroes within medieval times.

Princess Zala (who is this stories supergirl) & Diana
They seem like cute & supportive gf’s Zala has been staying on themyscira with Diana up until this point pic.twitter.com/0mBa5kV5m7

Even the creators of Wonder Woman come from queer origins. The polyamorous triad, consisting of Dr. William Moulton Marston, Elizabeth Holloway Marston, and Olive Byrne, brought to life the famous comic book character – with Elizabeth and Olive being the inspiration behind the character.

Happy Pride! So excited to celebrate with all my LGBTQIA+ friends and fans 🏳️‍🌈 Art by Paulina Ganucheau for @DCComics ✨ pic.twitter.com/zpPKELsQkp

Decades later, Carter brought Wonder Woman to life on TV screens in a self-tited show during the 70s and inspired a generation of queer and trans people. And while on-screen versions haven’t explicitly highlighted her queerness, the LGBTQ representation in her interpretation is still there. Others were quick to point this out.

She is canonically queer and also the idea of all the women on paradise island being virgins is LAUGHABLE.

I'm a cishet male. I watched Wonder Woman growing up, and as a little boy, I spun around pretending like I was going to transform the way you did.

Wonder Woman is whatever the person watching needs and is definitely an icon.

Umm, her body was artificially made from clay. Does that sound cis?

I'm not saying that @RealLyndaCarter's #WonderWoman wasn't an inspiration in my realizing my true #gender at a young age, but I don't have a scar over my eye from NOT pretending to transform into her & hitting my head on the dresser. 😉 #prid

I was a comic book fan of Wonder Woman before @RealLyndaCarter.

Became a fan of a TV Wonder Woman because of Lynda Carter.

Am a fan of a new Wonder Woman who isn’t Lynda Carter.

And now I’m a fan of Lynda Carter who is a Wonderful Woman.

This is how to Wonder Woman. https://t.co/eIzlTCTUVS

This is how you do #Pride

People are actually arguing with LYNDA CARTER about WONDER WOMAN in these replies https://t.co/3mWiQVkR35

Lynda Carter is about to bring me to tears. 💙💙💙💙 https://t.co/WpsdXkXaLC

I’ve loved this woman since I was 5 years old. I make good choices https://t.co/QrzQdKqqBw

Wonder Woman will always be an LGBTQ icon.

Love seeing all the love from LGBTQ+ fans today! Now here's one I call the "ready to fight your homophobic relatives" pose. Just kidding. (Or am I?) Haha! 😘 pic.twitter.com/5voHHdZViA