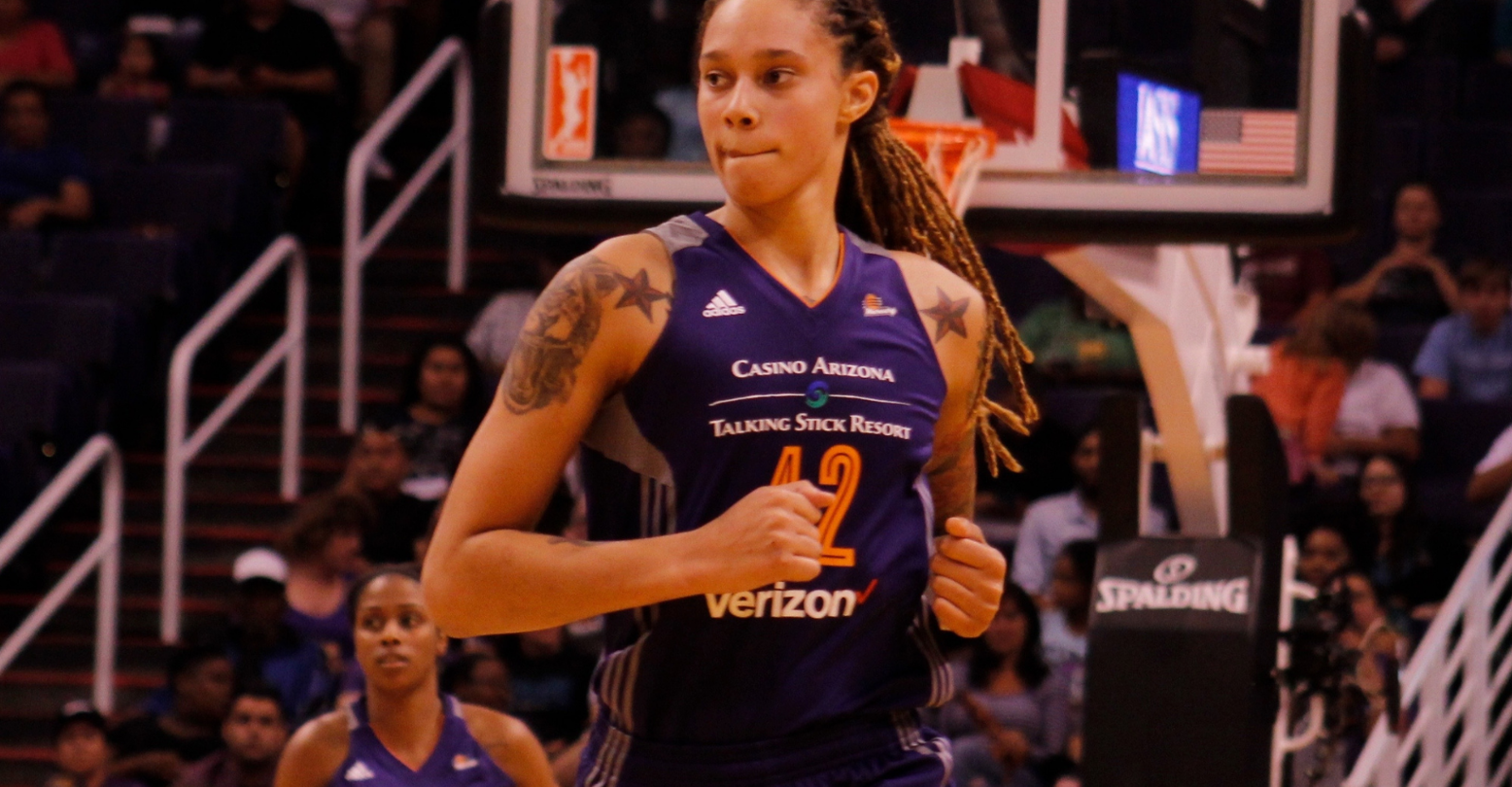 At 6 foot 8, Phoenix Mercury’s star center Brittney Griner stands out in a crowd. A two-time Olympian and 7-time WNBA All-star, it comes easily to her. Her combined skill and height – while unbeatable on the court, also make it so that the spotlight always follows her every move. This week, Griner has been thrust into the bright white heat of the public eye amidst her most recent scandal of an arrest in Russia.

Although the Russian Federal Customs Service has so far neglected to detail an exact date and Griner’s identity, the agency released a statement last Saturday, March 5th, announcing the detainment of an American basketball player. The statement was also accompanied by footage of the player and the alleged bag search that led to their detainment.

Griner was quickly identified within the tape; however, little else was made certain about the details of her arrest. The same, unfortunately, can be said for her whereabouts since.

According to the statement by Russian customs, the arrest was made in February on account of a detection dog alerting officials to Griner’s luggage at Sheremetyevo Airport near Moscow. Customs inspected the luggage by hand to allegedly find vape cartridges carrying hashish oil – a.k.a. hash oil or highly concentrated cannabis extract for a dab pen.

The vape cart was deemed a narcotic substance by Russian officials, and because Griner was in the airport on arrival from New York, the New York Times reported that customs opened up a criminal case to look into the possibility of large-scale drug trafficking – a charge of which carries up to a ten-year sentence in a Russian prison.

History will have it known that Griner isn’t the first high-profile American detained by Russian officials on overly embellished charges, but considering Russia’s attack on Ukraine and Biden’s sanctions in response, Griner’s status as a U.S. citizen arrested in Russia is turned into a possible piece of Putin’s political strategy.

Former Pentagon Official Evelyn Farkas told Yahoo! Sports that it was possible for Brittney Griner’s detainment to be used, “as leverage over the United States.” More specifically, Farkas explained that “If we want [Griner] out of jail, Russia is going to have some terms.”

Given all she learned from her three-year stint as the U.S. Deputy Assistant Secretary of Defense for Russia and Ukraine back in 2012-2015, Farkas warned against some of what negotiations with Russia could include. “It could be a prisoner swap. They also could use it as an implicit threat or blackmail to get us to do something or not do something. Either way, they find it useful.” To make matters more suspicious around the timing of the arrest, Griner has played professional basketball every winter in Russia for the last seven years.

Since the start of the 2015-2016 season, Griner and her fellow legend of a teammate Diana Taurasi have both flown back and forth to play professionally overseas during the WNBA offseason. They do so because the salary overseas pays what both of their unparalleled talents demand; whereas the WNBA pays pocket-change in comparison.

In an interview with ESPN, Griner also noted that she flew overseas for basketball because it helps her avoid publicity and “unplug.” As of late, her time in Russia playing for Russia’s very own UMMC Ekaterinburg is anything but peaceful. With the circumstances appearing as they have, it’s uncertain as to who will suffer the consequences of what was supposed to be a routine trip to the airport for WNBA star Brittney Griner.