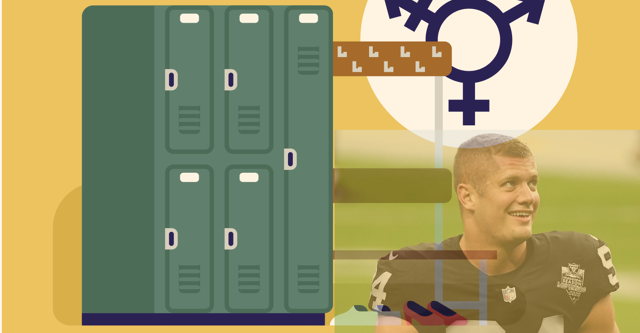 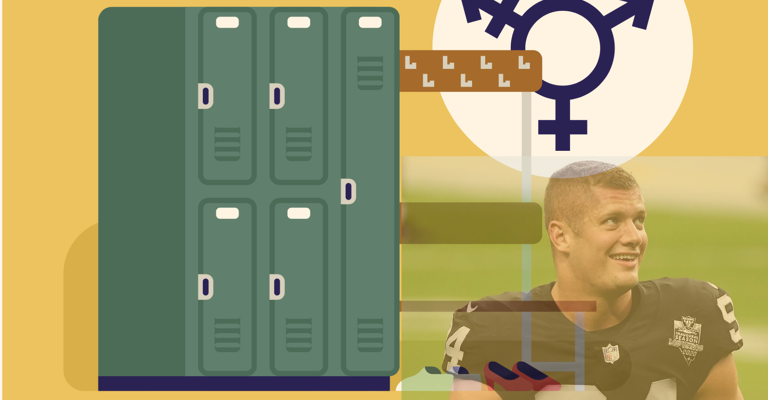 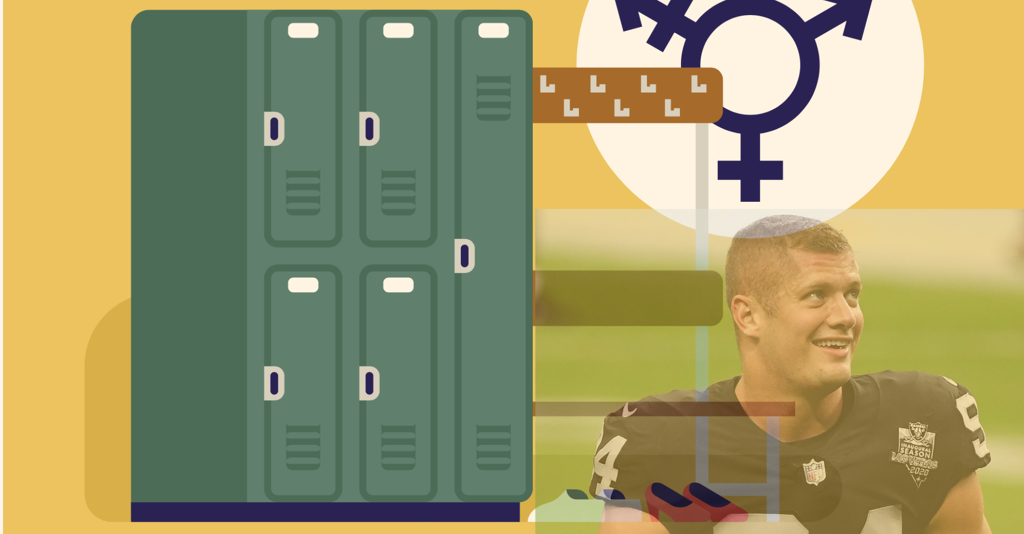 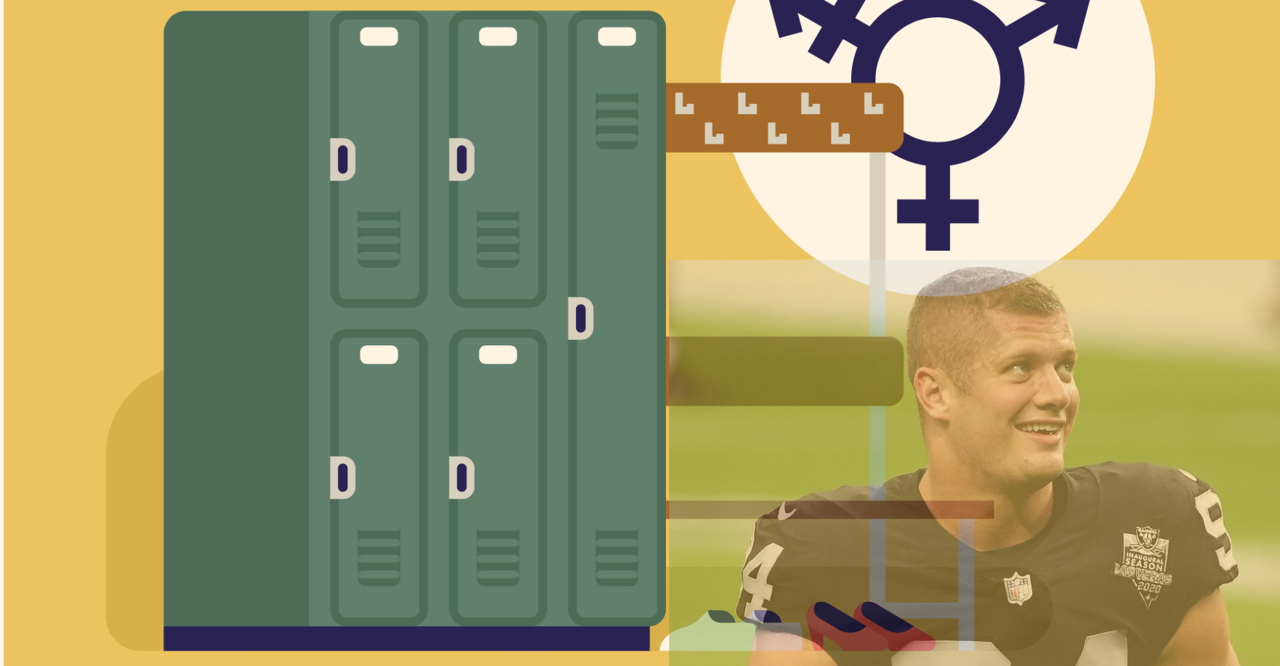 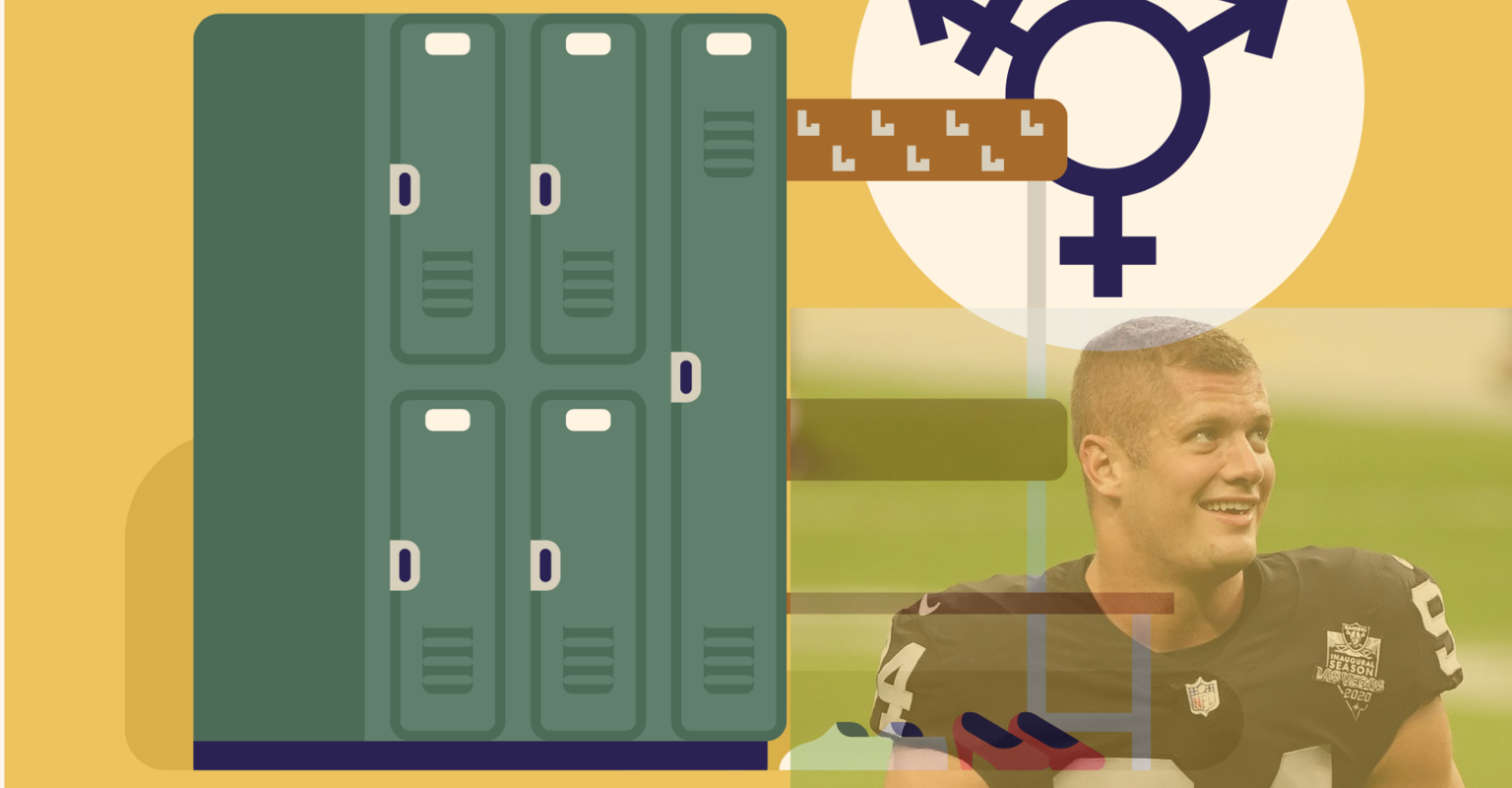 Few spaces offer more opportunities to challenge social gender norms than athletics. From the heteronormative assumptions that haunt men’s teams to the ongoing struggle for women’s equality in pay and recognition, athletics is more than ever the grounds for culture wars. States across the country are pushing anti-trans legislation targeted at athletics.

As an openly gay cisgender college track athlete, I believe that queer visibility in athletics is a productive avenue to reaching a more inclusive society. However, there is a major barrier on this path: the misguided stereotype that athleticism and masculinity are interchangeable or codependent traits.

When Carl Nassib of the Las Vegas Raiders’ became the first active NFL player to come out as gay last week, my jaw hit the floor. The 101-year streak of zero LGBTQ representation in America’s most popular sport illustrates how social norms portend masculinity as a requirement for athletic success – and existence – in most sports.

Although some see masculinity as an integral trait in athletic success, its usefulness is inferior to the genderless qualities of poise, industriousness, and competitiveness greatness. What we think masculinity provides us—traits like aggression, dominance, and grit—are actually traits of all driven athletes regardless of gender or sexuality.

Although some see masculinity as an integral trait in athletic success, its usefulness is inferior to the genderless qualities of poise, industriousness, and competitiveness greatness.

Being a queer athlete is traditionally seen as an oxymoron. The North Star for athletic success has been defined, broadly, as toxic masculinity. The expectation is that less you throw, run, or jump “like a girl,” the better you will perform.

But athletic success does not rely on the operationalization of a very small part of what masculinity is and can be. Masculinity is natural and can be a productive expression of the self. Nevertheless, I have seen the destructive effects toxic masculinity can have on teams and in locker rooms.

My sophomore year of college was my team’s worst-performing year. At a men’s team meeting prior to our conference championship, I witnessed the insecurities and fears of my teammates turn into brutal displays of toxic masculinity. A teammate literally beat his chest and shouted on his mother’s grave that he would “medal.” Another followed suit, matching the shouting with swearing and upping the imperative in a more macho tone. Shortly the room became a pit of masculine rage: as if that rage and loud passion were a requirement for playing the game.

I tried to walk, in the least-gay way I could, to the stairwell and to my room, where I laid in bed and absorbed the added weight of “being extra toxic” to my race day checklist.

Young teammates like myself, however, walked out with desolate faces. I tried to walk, in the least-gay way I could, to the stairwell and to my room, where I laid in bed and absorbed the added weight of “being extra toxic” to my race day checklist. To no reader’s surprise, our team’s finish was abysmal. Guy after guy folded their cards when the going got tough, succumbing to two of their worst fears at once: losing and not being manly. Our head coach was fired and replaced at year-end.

PQ: Guy after guy folded their cards when the going got tough, succumbing to two of their worst fears at once: losing and not being manly.

Instituting a purist adherence to masculinity as a team value is a fruitless attempt to invigorate a team. It’s also a way to make teams more hostile for queer teammates like myself and Carl Nassib. Three years, a coaching change, and a paradigm shift later, I reached All-American status and was the 578th American distance runner to ever run under 4 minutes in the mile: a pinnacle achievement in my sport.

By this point, I was out to my coach and teammates. “This sport is a metaphor for life,” my coach would always tell me. He tasked us to treat athletics like a laboratory for life. His tolerance for pompousness and lewdity was zero. He made clear, from early on, that we were expected to talk about women with respect, clean our locker room, and respect each other’s differences. We went from chest-beating and shouting to holding deeply personal, open-floor team meetings on racism and discrimination.

It is clear to me that Carl Nassib is taking action on what he needs to do to grow as a person, and as an athlete. Heteronormative social norms? No more: Carl Nassib had the courage to deem all the heteronormative assumptions embedded in the NFL ethos unproductive, pointless, and simply unnecessary in 2021.

I believe Carl Nassib is ready to have a kick-ass season for the Raiders. How can I tell?

Queer or questioning athletes who are witnessing this: think about Carl Nassib’s decision alongside John Wooden’s Pyramid of Success. Coach Wooden was one of the best college basketball coaches of all time at UCLA. My college coach showed me this pyramid very early on.

At the top of his pyramid, listed as a paramount feature to success, is competitive greatness. Right below is poise: defined as “just being yourself” in any situation. Next is confidence, condition, skill, and team spirit.

Ignore the hate comments on the NFL’s Instagram. Don’t listen to what you’re afraid your team’s worst bigot might say. You’ll surpass your current limits as an athlete when you’re living authentically. Don’t take it from me, take it from Coach Wooden, and out athletes across the world that wouldn’t swear by any other way.♦

Brandon Tubby (@brandon_tubby) is an athlete, urbanist, and writer from New Jersey.