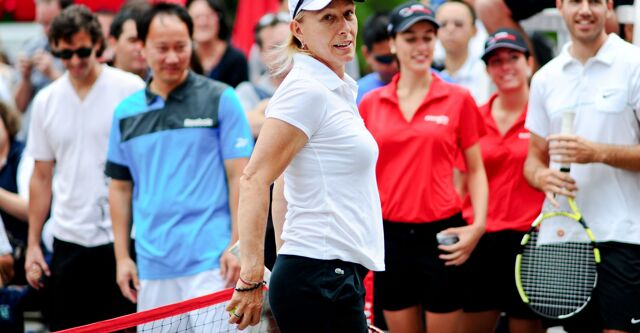 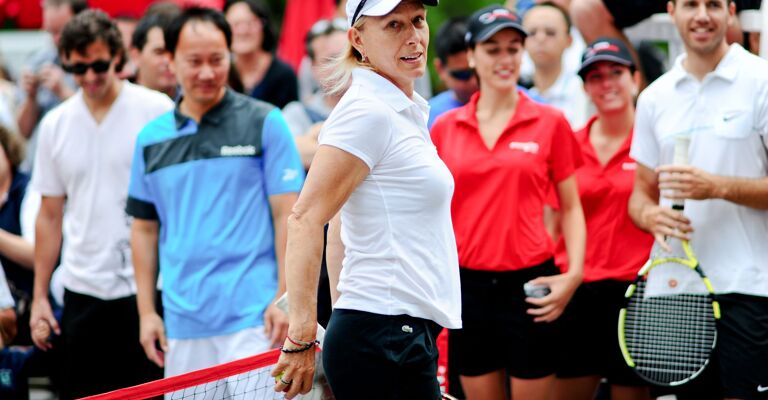 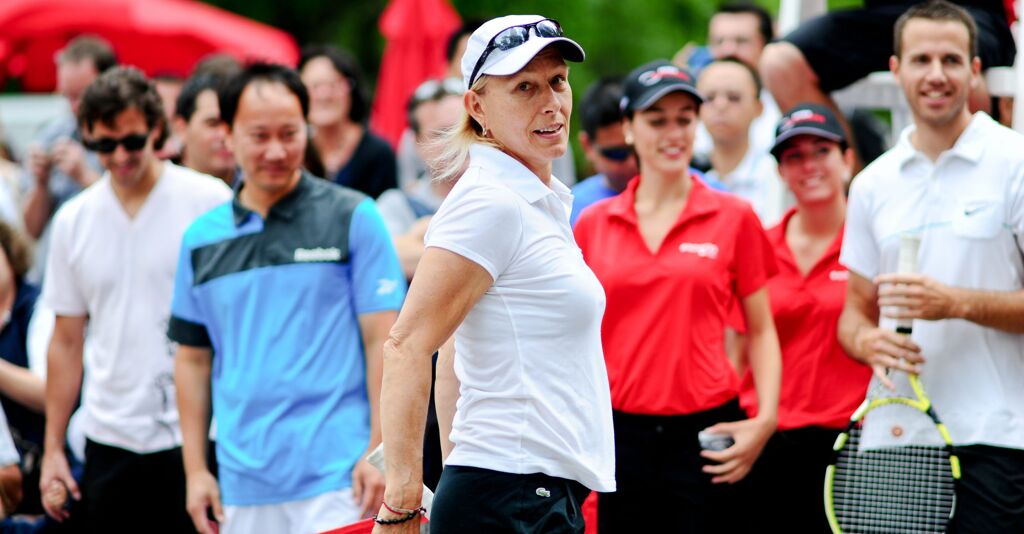 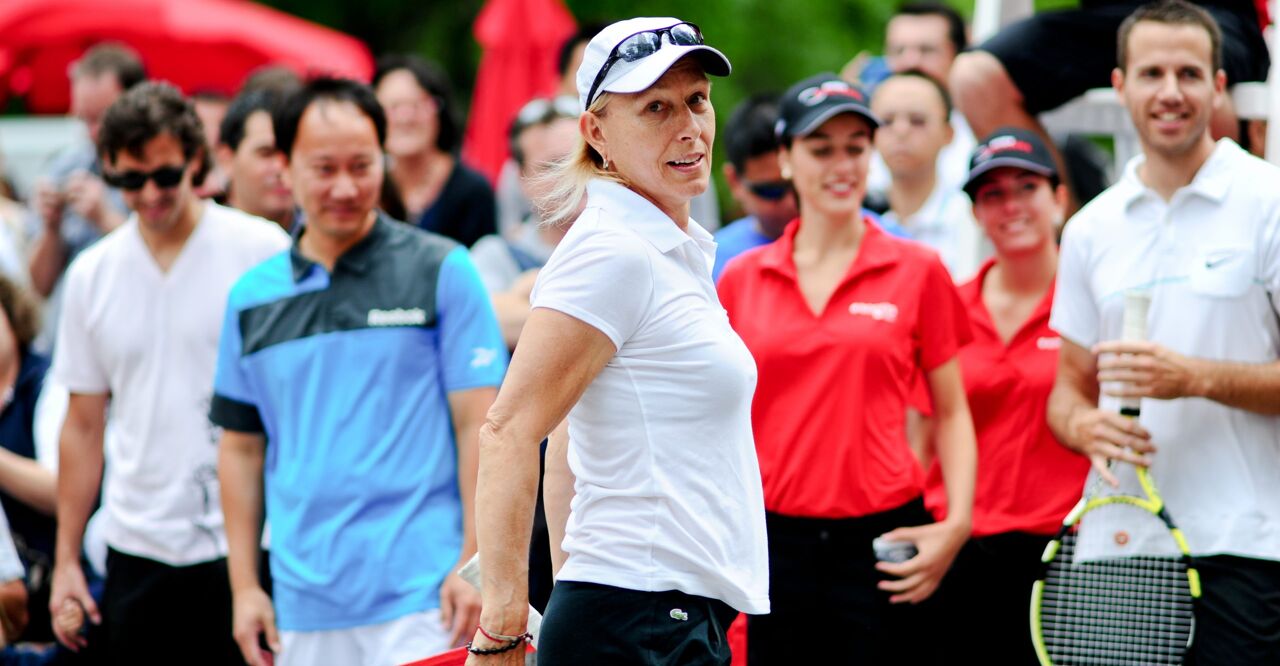 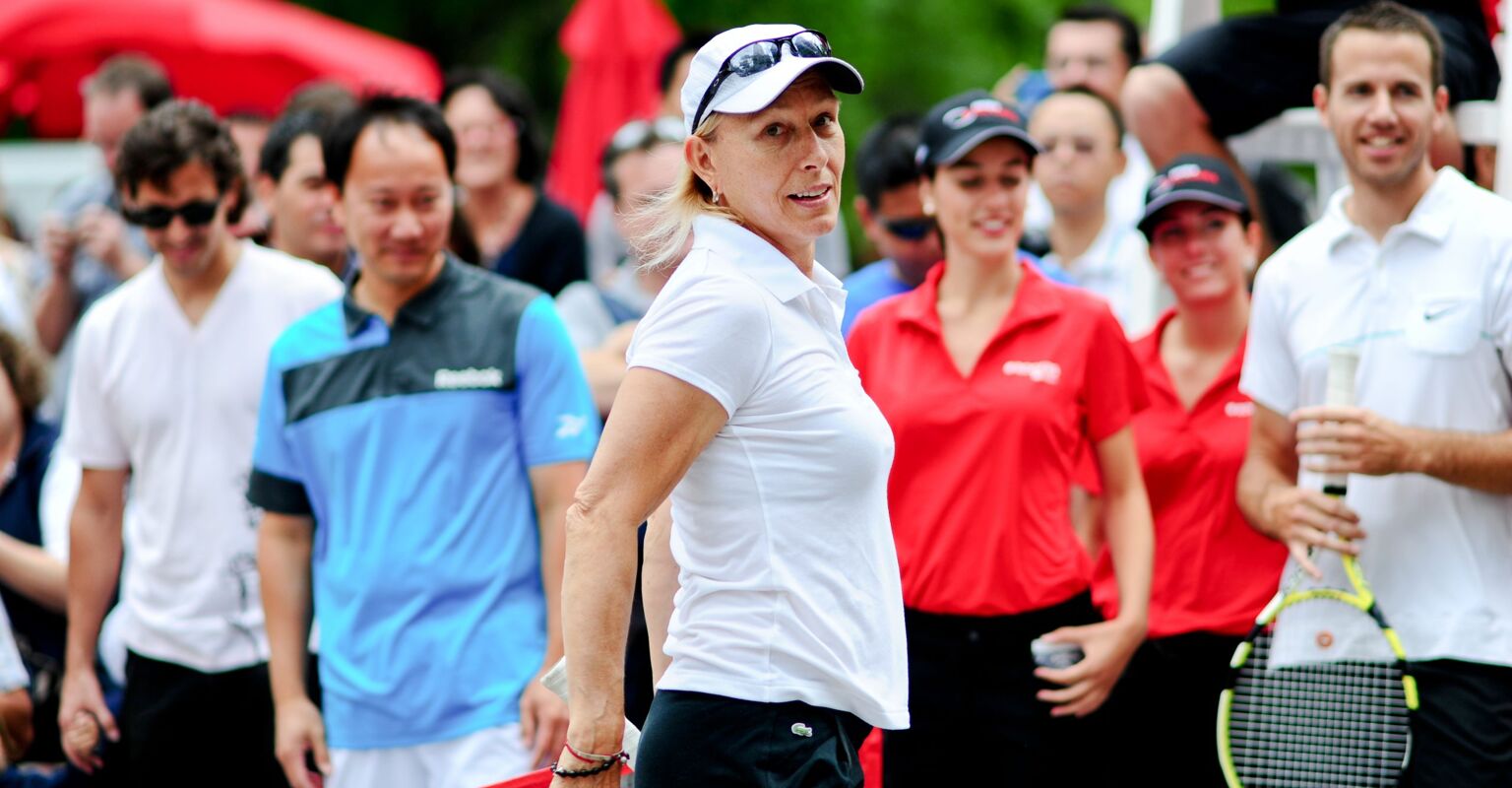 It’s a game that most trans folks are very good at. We’re good at it because we’ve been playing it forever.

Growing up, you get used to certain things. Things like finding a new badass creator to love, only to later uncover their horrible transphobic history. Things like tiny homophobic, transphobic jokes being par for the course, or suspect past behaviors being swept under the rug, especially when it comes to news profiles of powerful people.

We get it: a profile isn’t a hit piece, or it shouldn’t be. But when you set out to interview a queer titan of tennis who keeps ending up in the news because of her transphobic stance on sports, you should at least, you know, HINT at it.

On Sunday, the New York Times published a long profile on Martina Navratilova, the groundbreaking out-lesbian tennis player who came up in the 1970s alongside icons like Renée Richards and Billie Jean King. She was a Grand Slam winner 18 times over, and one of the few out-queer players in sports for decades who stayed vocal about it.

These days, sadly, she’s vocal about something else.

In February of 2019, Navratilova wrote an op-ed for the Sunday Times claiming that trans women have an “unfair advantage” over cis female players in sports. A year after that, she lent her name to an open letter in support of an Idaho bill that would have banned teen trans athletes from competing with cis female athletes in schools. This year, Navratilova joined the anti-trans group Women’s Sports Policy Working Group to assert certain conditions surrounding when and how trans athletes are able to compete alongside cis students. She even called on Joe Biden this February to ask for a “special provision” to the President’s executive order to protect trans kids that would make it harder for trans teens to enjoy equal treatment in school sports.

It’s been two years since her initial TERFy Op-Ed was published, and Navratilova has not reversed, back down from, or apologized for her anti-trans stance. So why is she the subject of a largely uncritical profile from the Times, and why does that profile only mention Navratilova’s stance in passing?

Because the piece is meant to be a celebration of someone who’s taken a hard line her entire life, including inside of her own community. The question is: do we really need to be celebrating someone who’s been so clear and straightforward about their transphobia?

Of course not. And yet here it all is: a portrait of the player as counter-cultural hero:

“She never knows where the blowback will come from, and knows that it won’t always be from the right,” writer Matthew Futterman explains. “She will continue to write and tweet about her belief that elite transgender female athletes should have transition surgery before being allowed to compete in women’s events. “It can’t just be you declare your identity and that’s it,” she said. She feels similarly about intersex athletes who identify as women.”

There’s a lot to unpack here, and the first piece is that actually yes, you fully can just declare your identity and that’s it. Trans people literally do this all the time and it’s completely fine and actually normal. And while the profile points out Navratilova took some hard hits while coming up as an openly-queer player, it also explains how trans women shared Navratilova’s career from jump:

“With the help of Renée Richards, a new coach who played professional tennis in the 1970s after undergoing transition surgery Navratilova learned a topspin backhand and a crushing forehand volley. Her game, powered by her lethal left-handed serve, became about aggression, about attacking the opponent from everywhere on the court.”

So what happened to that mentorship, and what changed about Navratilova’s relationship to groundbreaking players like Richards?

Unfortunately, the profile isn’t interested in exploring that. Instead, it’s interested in painting Navratilova as someone who plays by her own rules, public opinion be damned.

This isn’t a new tactic by any means: when journalists cover the world of sports, key players emerge. It’s easy to take the standout player of a team sport, or perhaps a prominent coach, and try and turn them into some kind of gritty hero. And a lot of the time it works out just fine. But when a profile only celebrates its subject and completely overlooks any criticism concerning them, it’s not a profile. It’s propaganda.

As a still-powerful, outspoken player in the world of sports, Navratilova is taken seriously by many in the queer community. A profile covering her long career shouldn’t overlook her recent attempts to gatekeep trans teens and adults from entering the world of sports. It should center them.

It’s not just an indictment of Navratilova that’s missing here. It’s empathy: the kind of empathy needed to tell stories about trans people. ♦