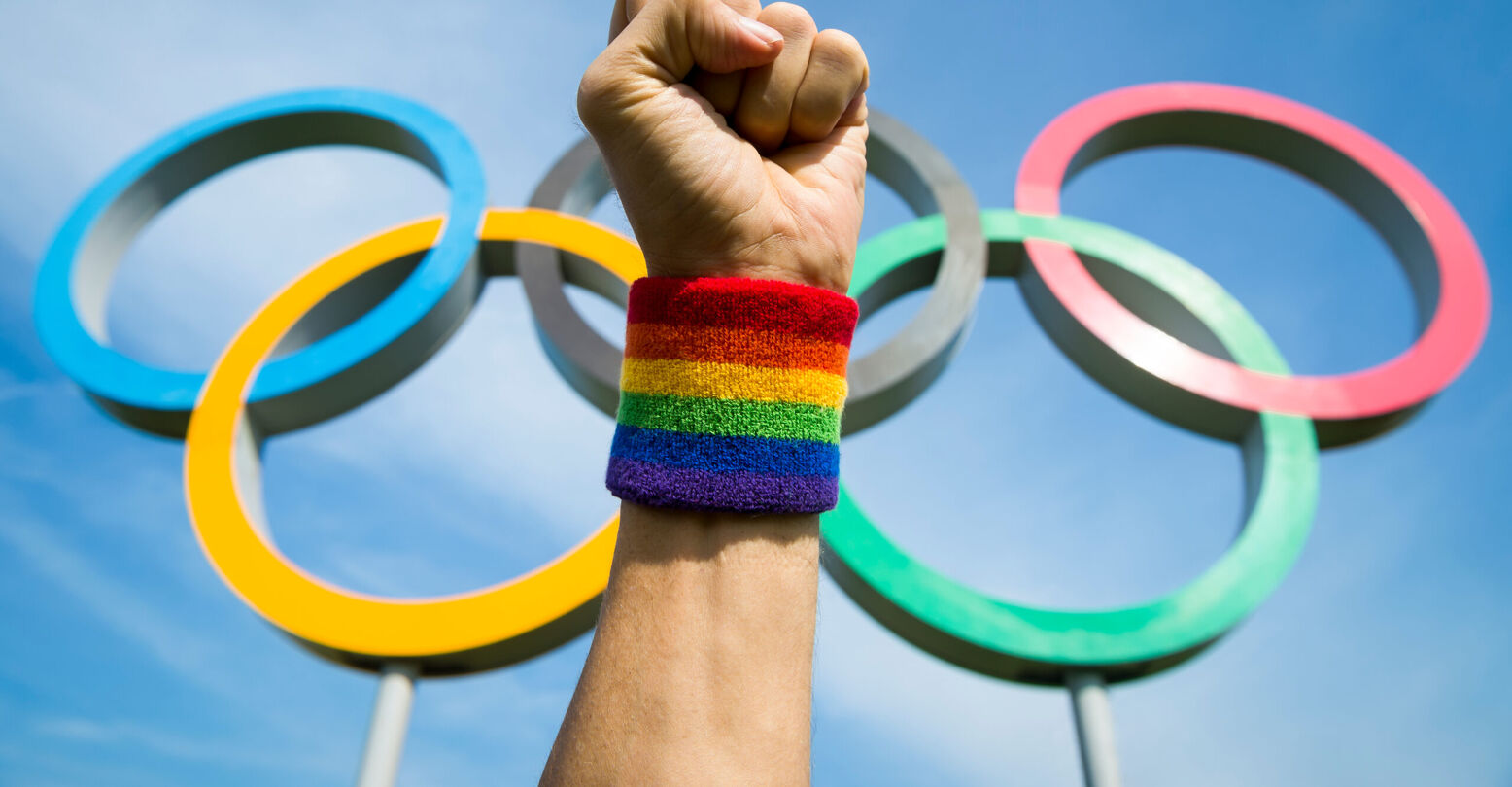 Every two years, the greatest queer athletes of our time compete on the biggest stage in sports globally and get to show the world what the LGBTQ+ community is made of. This year alone, the first non-binary figure skater will join at least 35 other queer athletes at this year’s Winter Olympics. Team LGBTQ+, the informal name for out-athletes at the Olympics, has already broken records and made history multiple times, this year alone.

However, for many queer people—myself included—sports hold a lot of traumas, and we push away from it, even though sports have become the center of many current LGBTQ+ conversations happening politically and can provide massive benefits for the queer community.

The culture that comes with being a queer person in sports is a mix of toxic masculinity, sexism, racism, homophobia, transphobia, and a hyper-fixation on gender roles. For feminine people, these masculine environments often are wrought with anxiety, while people dealing with gender issues do not have it easy simply trying to exist in sports (look no further than their uniforms.)

From my experience in the South with a conservative father, I know too well the queer struggles of trying to someone who dreams of their child being the star quarterback when it just isn’t going to happen. When it was clear sports were not for me, the sting of disappointment stuck in my flesh like a sadistic prize for some time, allowing me to try and avoid sports entirely, but the Olympics offered a way out.

Few events offer such a global spotlight for queer people like the Olympics. A chance for athletes from anywhere and everywhere to achieve glory, the Olympics is an equalizer that once every two years allows the best to compete for gold, regardless of how much money and success or who you are and who you love. The best on that day win. Then history is made.

When it was clear sports were not for me, the sting of disappointment stuck in my flesh like a sadistic prize for some time, allowing me to try and avoid sports entirely. The Olympics offered a way out.

Queer people in the Olympics have not only shown me courage and excellence, but resilience in the face of an unfriendly world.

For queer people in sports, being out and proud can have dire effects on them and their future in the sport. When a queer athlete comes out, they must worry about sponsorships, which pay for their livelihood, like women’s tennis pioneer Billie Jean King who lost all of her sponsorships when she was outed in 1981. Formerly called the “kiss of death,” queer athletes are just now getting the chance to be out and proud and the face of major brands.

Still, queer people at the top of sports are often competing in countries that do not support queer rights. Take, for example, this year’s Olympics, which were hosted in China, a country rife with human rights abuses and just recently made a move to censor queer people even more, with no signs of things getting any better.

In many countries however, the government is the least worrying part for queer athletes Take the lone out male soccer star, Josh Cavallo, suffering homophobic abuse from fans during games in Australia, or Johnny Weir, a former two-time Olympian figure skater and NBC commentator, who has suffered homophobic abuse his entire career.

Despite these barriers, queer people still rise above and show that LGBTQ+ excellence cannot be buried by hate. To be a queer person and get the chance to see queer representation like that can change lives.

But if you scale back from the largest sporting stage in the world, even at home, queer people are in the fight of their lives over sports. As a big gay fan of the Olympics, it has been dawning on me more with each passing year that the fight for queer people in sports is one that isn’t at the forefront of many queer people’s minds, but is one that matters more each year as the fight for LGBTQ+ equality grows.

While it’s a simple truth that true queer equality means seeing queer people at every and any level. In sports, queer people are not only in a daily fight to be respected or earn what their straight peers do, but that fight is one that affects every queer person and eventually every person in general.

Trans people in sports have become the latest victims of the hot-button hysterics that conservatives use to make all queer people’s lives worse. Bills trying to ban trans people in sports are constantly popping up and will only ramp up in scope, with this issue being a coordinated effort from people who want the trans community erased.

Some of those people are Florida Governor Ron DeSantis, who is currently championing a bill that will erase queer people and queer history from schools. This may seem extreme progression, but it is actually the long game plan that many conservatives and homophobes have been working toward for many years.

It may seem like sports, which is not a large part of LGBTQ+ culture, is not the first issue queer people should be hitting the streets to fight for, but the queer rights movement isn’t an ordered to-do list. Inch by inch, Supreme Court seat by Supreme Court seat, mayor by mayor, the movement against queer people works at all levels all the time. Whether it be simple awareness or calling your senator, we should work at all levels too.

Queer people in the Olympics have not only shown me courage and excellence, but resilience in the face of an unfriendly world.

Because even on a smaller level, sports can offer a lot for the LGBTQ+ community, especially for younger queer people.

Most queer safe spaces you are going to find in any given town are bars, which automatically keeps queer people under 21. These people, along with those who cannot be around alcohol, are the ones who need safe spaces the most.

I’ve seen queer community sporting events that not only bring together queer people of all ages, but truly provide a safe space for queer people to just let go and have fun like everyone else. Something all LGBTQ+ people need, especially in this moment.

Sports are a varied bag for queer people, myself included, and are a part of our cultural heritage as human beings that goes back to the beginning of civilization, much like queerness.

When I see queer people break records and top the podium at the Olympics, a tradition going back thousands of years, it reminds me that queer people have always belonged in sports and that no matter what, we will show our detractors that not only are we deserving of a place alongside everyone else, but we deserve greatness and gold all the same.♦