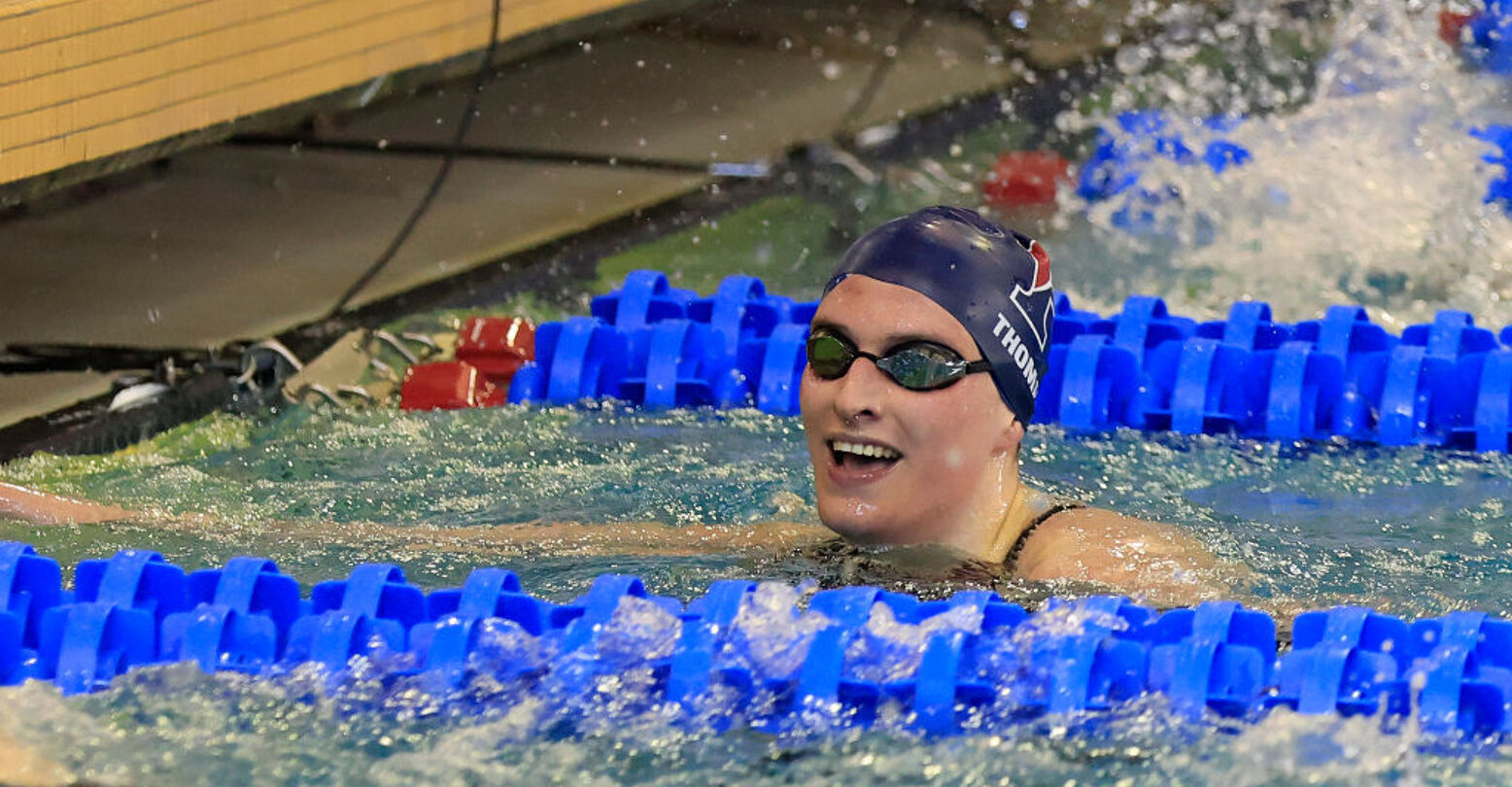 She is now officially the first trans woman to win the NCAA swimming championship. The University of Pennsylvania made a smart choice recruiting the swimmer. At the NCAA championships, the swimmer touched the tile at the end of her 500-yard freestyle after 4 minutes and 33.24 seconds. She was only 1.75 seconds ahead of the second-place winner, Emma Weyant, but those less than 2 seconds that won her the championship were the deciding factor in a sport based on agility and speed.

At the point of her receiving her trophy, Thomas flashed a peace sign. The crowd was noticeably quiet. No cheers: Certainly not enough excitement and fanfare for a woman who just made history.

Thomas’ win brings back the conversation of transgender athletes and which teams they should play for. While most sports teams are split between the male and female gender, a lot of people see trans people playing for their preferred gender as unfair. Completely dismissing the hard work and effort athletes put into their craft. In February, USA Swimming announced that they will see if “prior physical development of the athlete as a male” provides a leg up against competitors. And that trans female athletes would have to 36 months of testosterone testing to qualify for the women’s teams. The NCAA quickly shut down that protocol, deeming it unfair during the middle of the season.

With protestors outside, the silence of the crowd as she was introduced in the lineup and the less than enthusiastic reaction from TERFs after her win, detractors and anti-trans trolls tried their best to knock Thomas down a peg. But Thomas? Well, she’s just enjoying her first-place trophy and her championship win. Thomas spoke to Sports Illustrated, “I just want to show trans kids and younger trans athletes that they’re not alone. They don’t have to choose between who they are and the sport they love.”