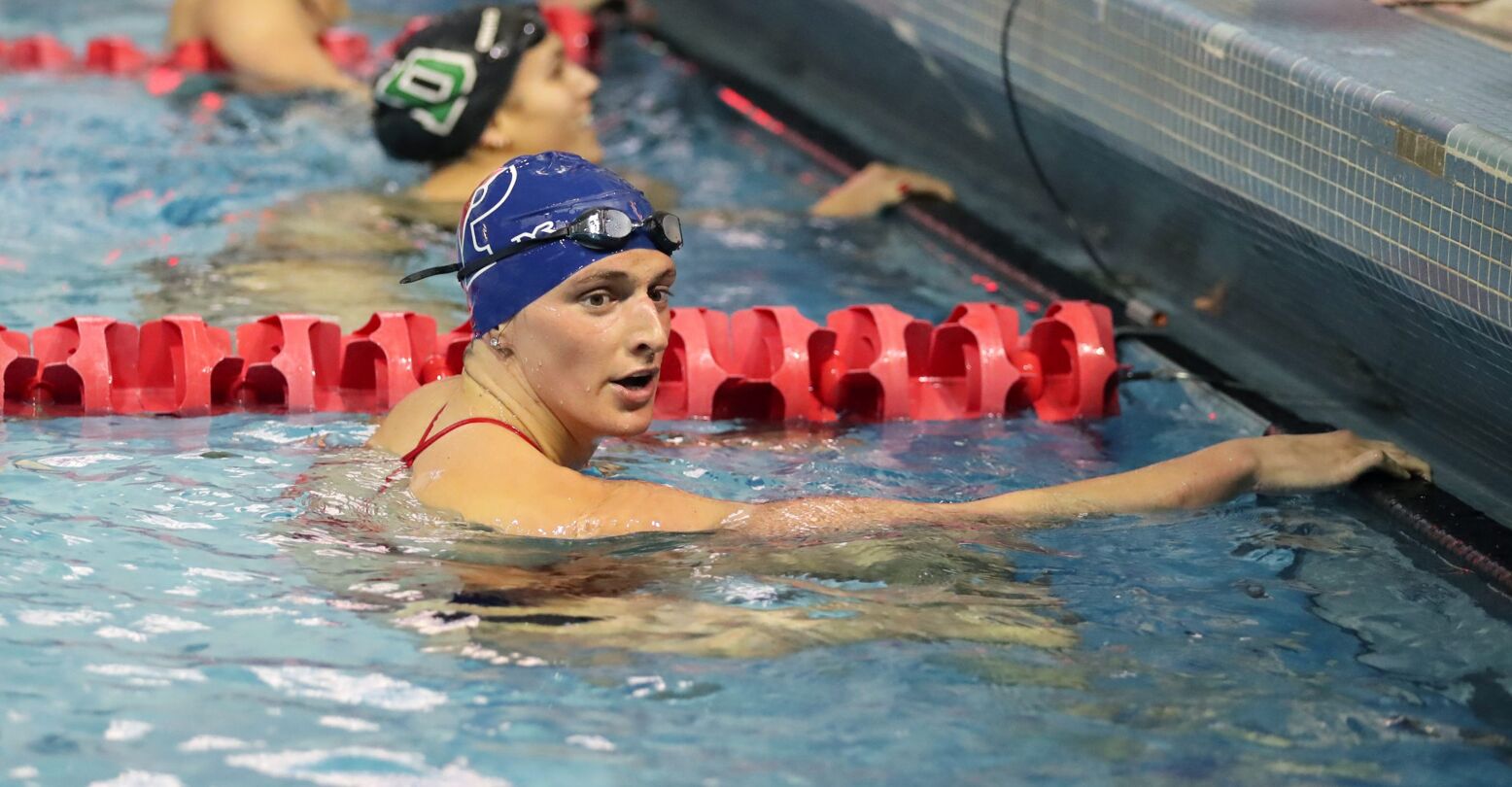 Whether you’re the one watching sports or the athlete being watched, collegiate athletics is a spectacle to behold. Barely-legal adults are beckoned forward into a money-making machine by the premise of glory and scholarship. Behind the turning gears, athletic directors, coaches, and parents peddle athletic prodigies for profit – because a filled stadium fills pockets, and bestows prestige.

Operating like a hegemony on Wall Street, the industry of college sports is a dangerous game for athletes who don’t fit the mold set by the privileged generations of straight, white, cis,  graduates. Of course, the National Collegiate Athletic Association (NCAA) insists trans teens can participate in college sports; but if and only if, they abide by strict guidelines for hormone therapy.

To compete, trans women must have completed one year of testosterone suppression treatment; on the other hand, trans men cannot take testosterone if they wish to compete on a women’s team. Even as star student athletes like University of Pennsylvania’s Lia Thomas (she/her) and Yale’s Iszac Henig (he/him) follow the rules dictated for their participation, the NCAA regulations don’t protect them – or any trans athletes – from being targeted by hateful spectators, teammates, or officials.

Henig detailed their experience of coming out as a trans man on a women’s swimming team in a compilation opinion piece by The New York Times.  The piece elaborates on Henig’s decision to remain off testosterone in order to compete, “As a student athlete, coming out as a trans guy put me in a weird position. I could start hormones to align more with myself, or wait, transition socially, and keep competing on a women’s swim team. I decided on the latter. I value my contributions to the team and recognize that my boyhood doesn’t hinge on whether there’s more or less testosterone running through my veins. At least, that’s what I’ll try to remember when I put on the women’s swimsuit for competition and am reminded of a self I no longer feel attached to.”

Back in December, Thomas told SwimSwam that she began hormone replacement therapy in 2019; thus making her eligible to compete with a completed two and a half years of treatment. More than merely eligible, Thomas would be an asset to any team as a strong swimmer and fierce competitor; in fact, she just broke two national records this past December at the Zippy Invitational meet in Ohio.

Still, come the team’s final at-home race of the season: a twin duel between rivals Yale and Harvard (Jan 8th), DailyMail distastefully revealed anonymous, malice-laced complaints about Thomas from her very own teammates. According to DailyMail, UPenn swimmers from the women’s team wanted to boycott the final meet in accordance with their beliefs that Thomas holds an athletic advantage as a trans woman. Although Thomas’s medical paperwork, submitted and accepted by the NCAA, begs to differ.

Saturday’s swim meet came and went; but the supposed protest never happened. Instead, Lia Thomas competed under the extra pressure and transformed her shaky swimming performance into a one-of-a-kind demonstration of sportsmanship and trans allyship. Normally, Thomas goes undefeated; and though she won two races this past weekend, critics are entirely fixated on the two races Thomas lost to Henig – a trans man.

In an unprecedented twist, UPenn’s star swimmer lost both the 100-yard and the 400-yard freestyle to Iszac Henig of Yale. Amidst facing a crushing defeat, Lia Thomas breached the pool’s divide to shake hands with Henig. After Henig tasted victory for himself, he pulled down the top of his swimsuit to show off his top surgery scars with pride. Even when competing against one another without mercy, both Henig and Thomas found the courage to remain compassionately human – the same can’t be said for most figures in college sports.