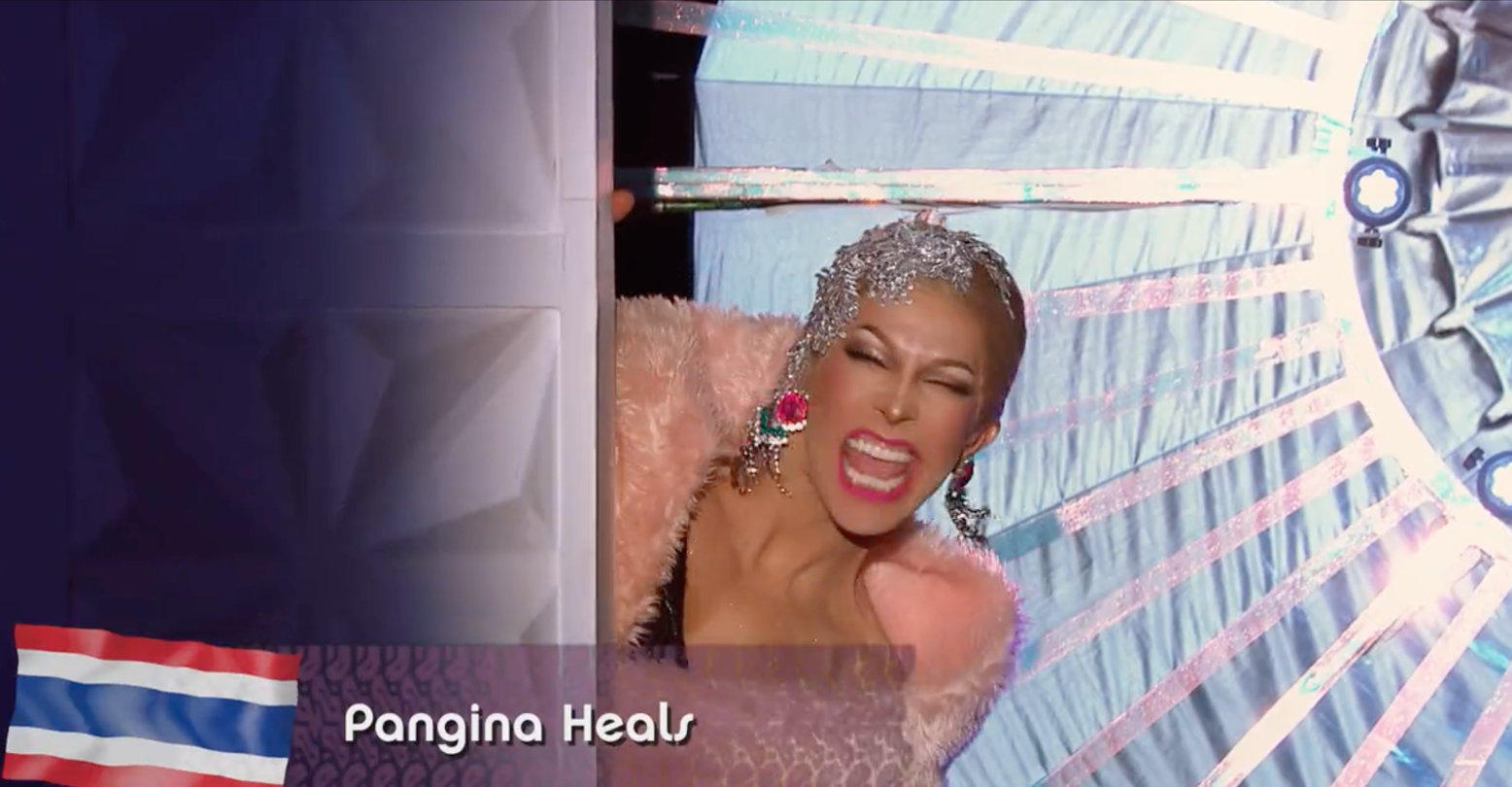 We’re one episode into Drag Race UK vs The World—RuPaul’s global drag spectacular featuring queens from international versions of the show—and racism has already reared its ugly head. Shortly after the episode’s airing, contestant Pangina Heals (co-host of Drag Race Thailand) spoke out about receiving “racist remarks and death threats.”

The hate was focused around the episode’s elimination challenge. Like Drag Race All Stars, the top contestants compete in a lip sync battle in order to judge which of the bottom contestants will be sent home. Pangina Heals was declared the victor over Jimbo in a rendition of the Spice Girls’ “Say You’ll Be There”, and she sent Canada’s Lemon packing.

Of course when contestants become the judges, they also become easy targets for upset fans. At first, Pangina took the Twitter trolls in stride, saying that she was going to block the haters and move on.

Question. Am I allowed to block people who DM me angry messages regarding my decisions on the show? I have nothing but respect and love for every one of the girls but it is a competition and I had to make a decision. I am not angry do this. I get it but I also have a choice right

But the trolling eventually took a turn. Pangina tweeted: “Okay now its racist remarks and death threats… Please be kind to other humans. You may not agree with my decision and I can respect that BUT violence or threats are not okay.” To reiterate: this is all over a television show—a genderqueer international show at that.

Okay now its racist remarks and death threats…
Please be kind to other humans. You may not agree with my decision and I can respect that BUT violence or threats are not okay

Lemon quickly weighed in to defend Pangina, making it clear that she does not claim these “fans.”

it’s never deep enough to send hate to my friend yall!! i love pan and she had to pick someone!! if you disagree just send me a dollar and stfu 🤷🏼‍♂️✨ https://t.co/cMFojDD8iC

Speaking to Newsweek, Lemon doubled down on her support for Pangina: “Pangina and I are friends and we are sisters, and I think it would break my heart to think that someone is sending her messages on my behalf that I would never agree with or send her.”

She also opened up about receiving online harassment herself: “It’s just people need to realize that when I take all of this off I’m a person, and I’m sitting looking at my phone trying to text my friends and I’m getting notifications from people saying, ‘Oh, you’re disgusting.’”

But rather than let the racists get the final word, Pangina came up with an idea for transforming hurtful words into something good: writing the words on balloons and popping them with darts to raise money for charity. Cathartic destruction for a good cause? Sign us up.

All right I came up with an idea. Wall of balloons. Each will have words that hurt written on them. Every balloon I am able to take out with the darts I will ask people to do donate money
100% of the money raised will go to a charitable organization against online bullying

She invited all types of queens to join her in bursting those balloons, “My friend who is bullied for the color of their skin, my other friend who is body-shamed and another who is gender fluid and criticized for wearing female fashion.”