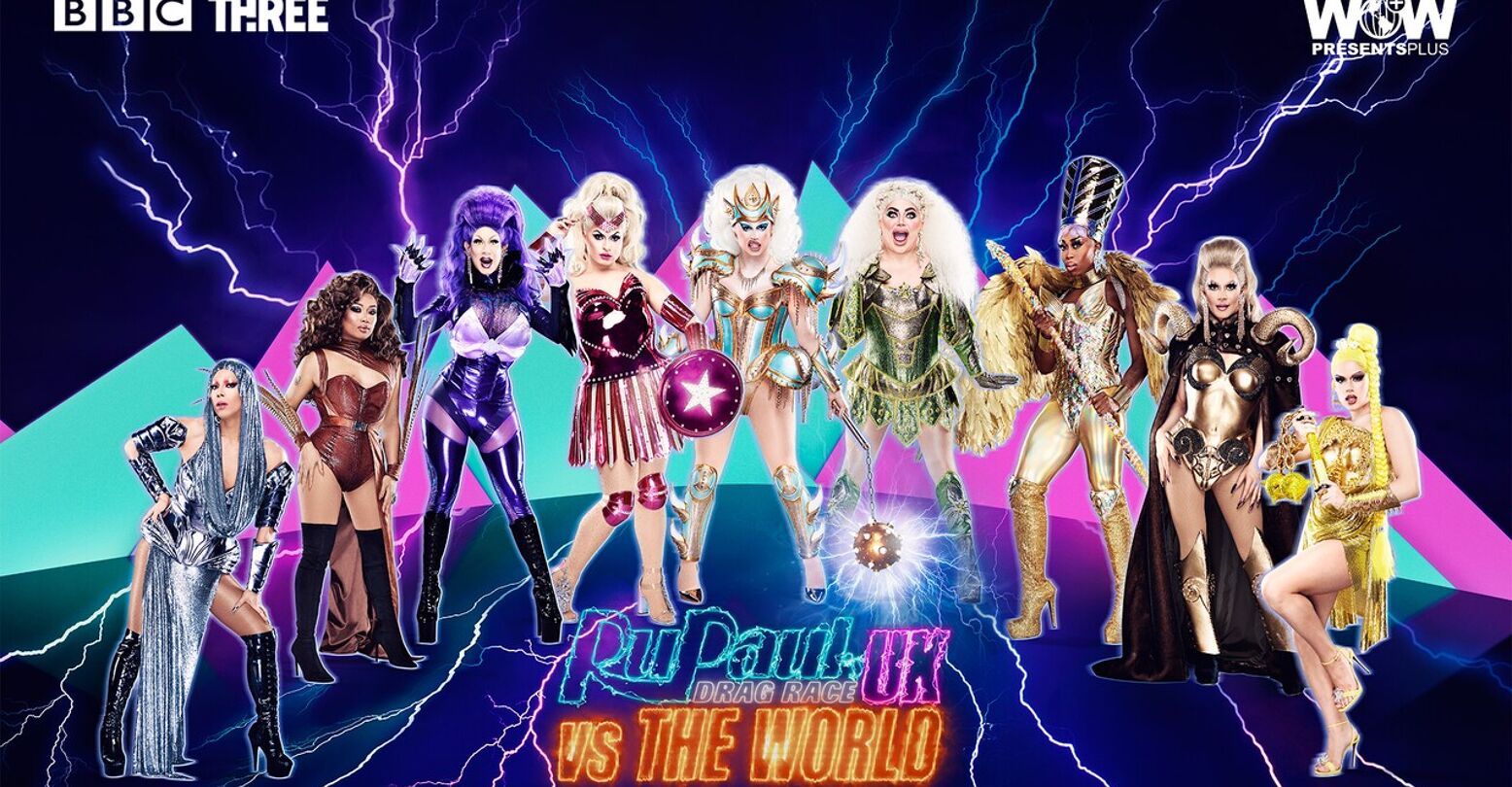 RuPaul’s Drag Race has had no shortage of spin-offs — 10 international versions, six all-stars seasons, even some non-competitive reality shows featuring the queens. But no Drag Race version has us quite as excited as Drag Race UK vs The World.

Fans have been asking for years now to see their favorite queens from the international versions of the show compete head to head, and at long last, that dream is a reality. Most of the show’s details are still under wraps, but with the premiere less than a week away, here’s everything we know so far about UK vs The World.

Which queens will be competing?

The first season of UK vs The World features nine queens from five different countries. Repping the U.S. are longtime all-stars Jujubee (making her the first queen to compete on four different seasons of Drag Race) and Mo Heart (neé Monique).

Putting the U.K. in UK vs The World are three sickening queens from the British version’s first season: Baga Chipz, Blu Hydrangea and Cheryl Hole.

From Canada (one of my favorite versions of the show), we’re getting Lemon and Jimbo. From Holland, get ready for runner-up Janey Jacké. And all the way from Thailand comes Pangina Heals, who’s making Drag Race herstory as the first queen to compete on All Stars without competing on a regular season of the show — she’s actually the cohost of Drag Race Thailand, not a contestant. It’s like if Michelle Visage threw her hat in the ring.

Who will be the judges?

You didn’t think we were done, did you? 💅

We’re ru-vealing the #DragRaceUK vs The World extra special guest stars, you’re in for a treat. ✨ pic.twitter.com/GWtrJBgEwy

Where can I watch it? And when!?

RuPaul’s Drag Race UK vs The World premieres Tuesday, February 1! If you’re in the U.K., you can catch it on the newly relaunched BBC Three or on BBC iPlayer. And everybody else can find the show on WOW Presents Plus.

Now, racers, start your engines, and may the world’s best drag queen … win!