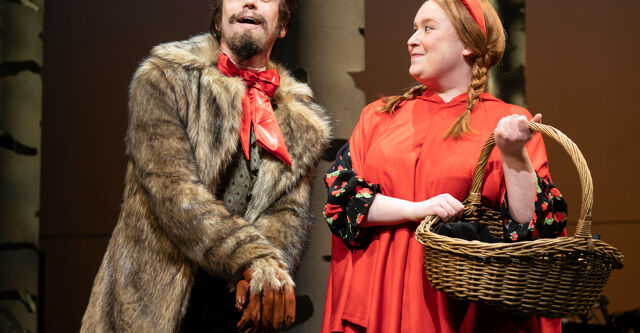 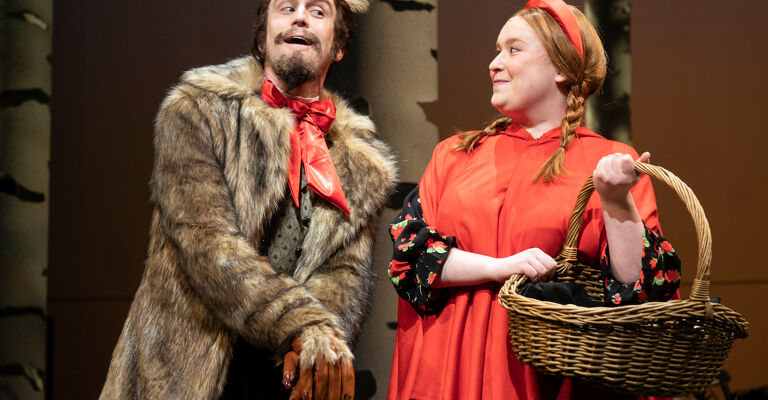 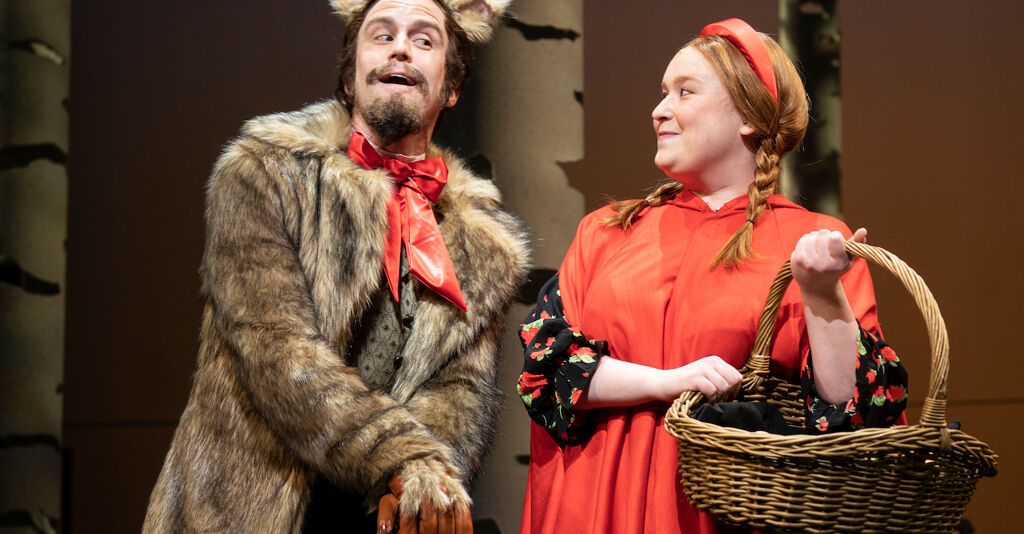 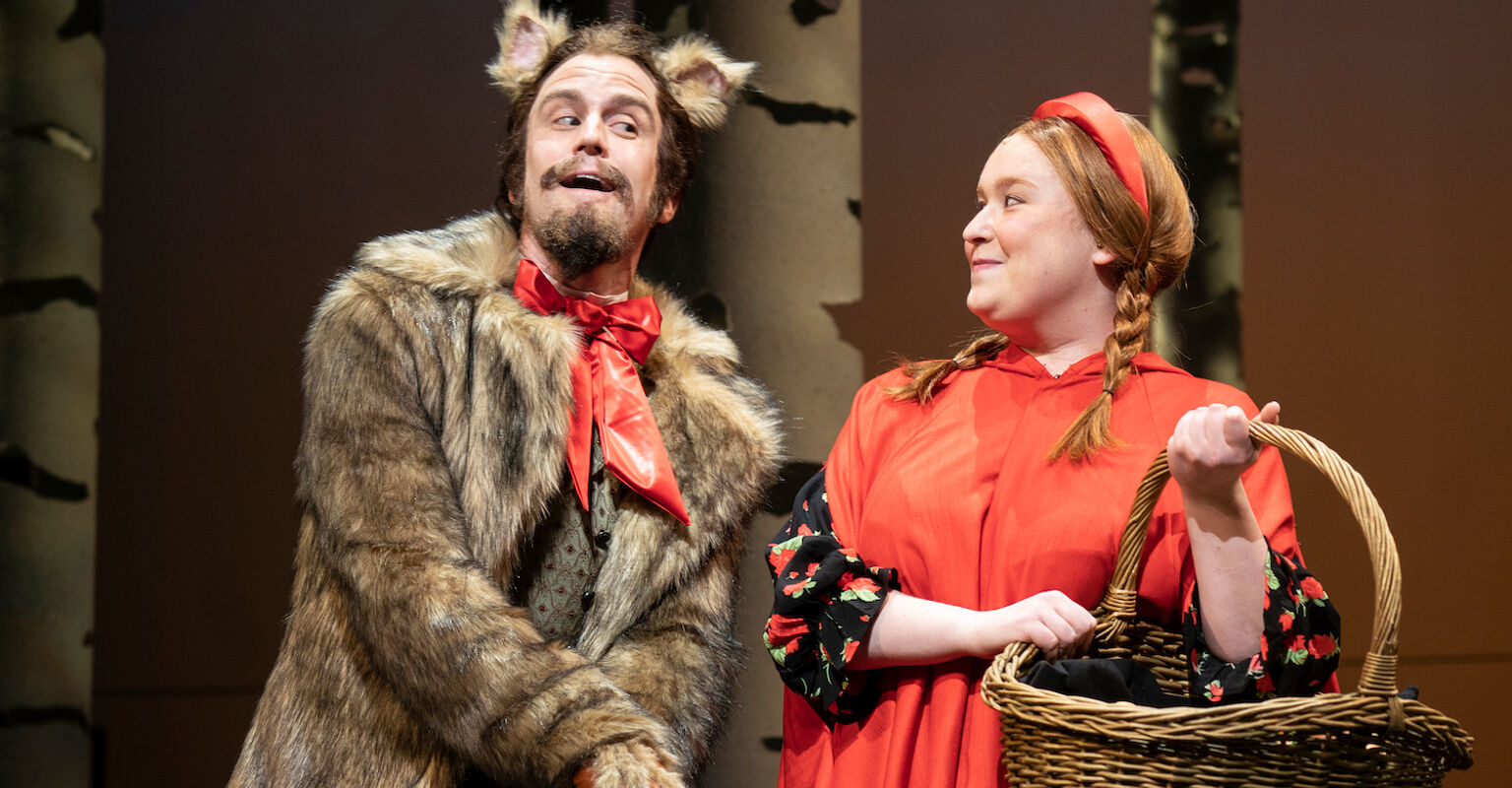 Sondheim fans are clamoring to New York City Center Encores! for a limited-run concert staging of Into the Woods. The cast is packed with some of Broadway’s best, including Gavin Creel’s first return to the stage since the pandemic. Creel, double-cast as the Wolf and Cinderella’s Prince, has been on a theatrical rollercoaster with fellow cast members Neil Patrick Harris, Sara Bareilles, and others to get the show on its feet.

Creel chatted with INTO by phone just days after the production opened to a standing ovation.

So, what’s it like to rehearse a Sondheim show in two weeks?

Completely insane. There’s no sugarcoating it. I’m really proud of what we’ve done in that time. But that said, it’s almost impossible to do. Especially coming back after not being on stage for so long. We’re giving ourselves generous permission to make new mistakes every night.

I literally come offstage and run to my notecards to see where I go next. What’s the next scene? What do I have to say? And then I go practice in the stairwell, singing “Agony” over and over again, which I have yet to get right.

From an audience’s perspective, we’re just so excited to be back in a live venue, to see that humanity.

The essence of that is what we’re all craving. From a painting to a sculpture to a theater piece to anything, we just want to see that 100% pure authenticity, vulnerability, and believability. That’s why children and pets on stage never really work — especially pets — because they’re real. They take all the focus away from everything that’s going on because then, all of a sudden, everything else is fake. Even if it’s trained, that dog does not know it’s acting.

Did you ever do shows in summer stock where you had a similarly short rehearsal period?

Well, it’s been a long time. I did two seasons in my early 20s at Pittsburgh’s Civic Light Opera. We were in the ensemble, so we would rehearse one show during the day and perform the other show at night. But I had a 20-year-old-brain and a 20-year-old body. We would go out to drink and dance and then get up at, you know, 8:30 in the morning and start dancing at ten in the morning until five, go eat, warm up, do the show and go out again. I always thought I would be like that forever. And now I’m like, my body kills, I gotta go to bed.

Every time I see Into the Woods, I get something new out of it. In particular to your roles, I observed a similar sort of carnivorous, manipulative egocentricity. Do you see the Wolf and Cinderella’s Prince connected in any way?

At the end of the show, I always forget I was the Wolf because I’m the Prince for the longest time. And also, it’s a fairy tale. I had a real hard time, and I said it in rehearsal. These aren’t real people — I’m playing a wolf and a prince. It took me a second to really try to figure out what my function is in the piece and the storytelling.

I love what you just said about the carnivorous nature; one is literal, one is figurative, and the self-serving commonalities of the two. Our wonderful costume designer Andrea Hood designed these really skinny skintight pinstripe pants for the Wolf; I sort of lean into the lanky, noodley aspect of me as opposed to the rigid chest out.

I enjoy playing with the physical differences between the two. Sondheim brilliantly wrote predator and charm music in the Wolf, and I hear two different physical forms in that. But I felt very strongly that there was no part of me [interested] in playing any sexual predator. And our director Lear deBessonet was like, “No, I don’t want that either.” I just am creeped out by the double entendre and all that stuff. I think it’s gross. It’s not for me.

Lear said, “She’s just chicken; you want to consume meat. That’s the danger.” And that’s what I play. Whether the audience puts that together, you know, the other kind of predator — that’s the audience’s business and their history with the piece.

Into the Woods is 25 years old and continues to resonate on other social and political levels. Are there parallels you see in the show relevant for today’s audiences?

And I only say that to make a point of Lauren Mitchell, who plays Cinderella’s Stepmother, was one of the original stepsisters. And she commented during rehearsal that the AIDS epidemic was ravaging the community. And the Giant, in a lot of ways, represented this horrible pandemic that was killing so many men in our community at the time and widened across the world. She said, “It’s wild that another pandemic is here when we’re doing this.”

And in the 2002 revival, right after 9/11, the Giant took on many more things. That’s the timelessness of fairy tales. What [James] Lapine and Sondheim did was parse out the adult themes for a contemporary audience so that children can also see it, but then, in the end, sing, “Children will listen.” Don’t think they’re not hearing. We are them.

All these years later, you’re like, gosh, you know, it’s cyclical. We need to relearn. We need to keep telling these stories. Even this nonsense that’s going on with the rights to our own bodies and the rights to live as we choose to live and be loved and the idea that we aren’t safe in our own skin. The Witch is like, “Wake up, everybody, there’s people dying all around. You think you’re the only person who hasn’t suffered a loss?”

I can’t help but think it falls on people now to wake up. We’re getting philosophical now, but I do hear that. And I’m humbled by this little musical in the theater still taking us to task with wolves and ghouls and ghosts and witches.

Gavin Creel appears in Into the Woods at New York City Center through May 15, 2022. Creel’s first original theater piece, Walk on Through, a song cycle based on his experiences at the Metropolitan Museum of Art, will have its digital premiere at 7 p.m. ET, June 28, 2022.