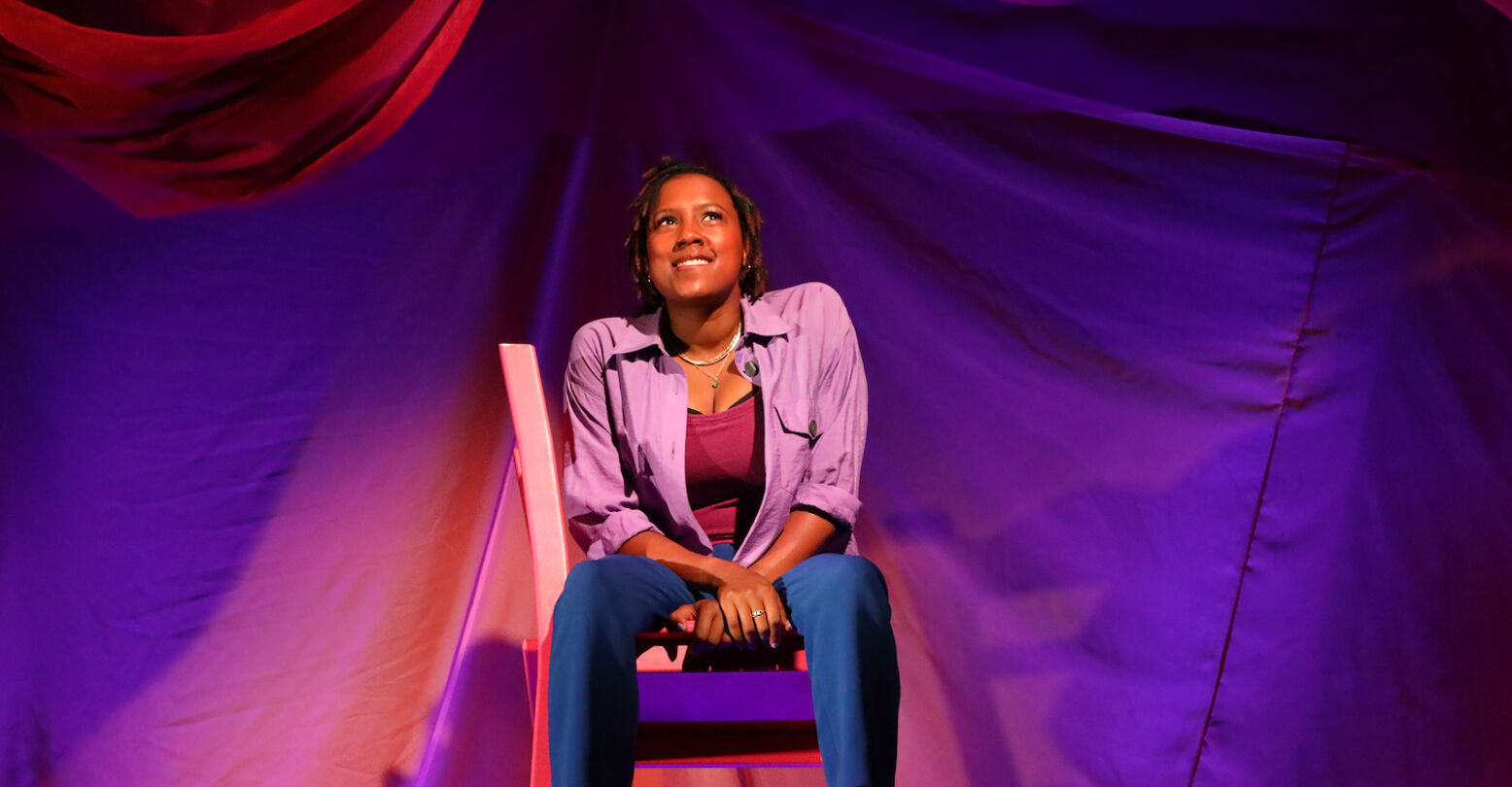 Perhaps more now than any other time in recent memory, going to the theater feels like an active choice to spend time in the company of other human beings rather than in isolation.

Heart, a solo performance written and performed by Jade Anouka and presented by Audible at the Minetta Lane Theatre, puts audiences in very good company.

Anouka, who you may know as Ruta Skadi in HBO’s His Dark Materials or her recent performance in the hit play Cock in the West End, is Black, British and queer. With a megawatt smile and an alluring accent from across the pond, she performs a 70-minute monologue composed and recited from the heart. Like the best solo performances, the narrative has been torn from Anouka’s real-life experience, in this case as a struggling Black actor with an evolving sexual orientation.

The play is less focused on the subject of race than you might guess, and Anouka deals with this dramaturgical choice up front with the preamble:

So this is just a story
Told by a black woman
This is not a black story
Or a woman story
This is perhaps a story
For all the misfits, all those who have ever felt ‘other’

Anouka, who is in her twenties, tells us she is an actor, a poet, and a storyteller. This is important information because she is not trying to lecture us or deliver a political sermon. She does not wish to educate us about her minority status, which is a relief as we have digital and social media to do that for us.

No, Heart comes from Shakespeare country, and Anouka is here to tell us her personal story as human entertainment and catharsis: a failed marriage that shatters her heart; a brush with mental illness; a new love that surprises and heals and uplifts; a struggle to come out and keep her career and her new love protected from “the beast,” a dark force that dogs her even as she attempts to shine.

All of the details Anouka shares have been drawn from her inner workings, but it’s never self-indulgent. The set, designed by Arnulfo Maldonado with its ruched curtains in pinks and peaches, evokes the ups and downs and dreaminess of love and desire, while direction by Ola Ince gives Anouka plenty to do with her body, including some simple yet symbolic choreography involving a swing or a tall lifeguard’s chair. Both props stand in for the challenges, obstacles, and hopes Anouka encounters on her journey.

But the real joy of Heart is the words, and these — part iambic pentameter, part rap — have been masterfully crafted and presented by Anouka. On the night I saw her, she delivered the entire monologue with such conviction that by the time we arrived at the end, the audience felt like we had not just been invited to a “poetic play”; we had been invited into Anouka’s actual life, brought up to the very last minute in its evolution.

Heart is a timely reminder that sharing a live performance in the presence of a singular individual such as Anouka can be both a pleasure and a privilege.