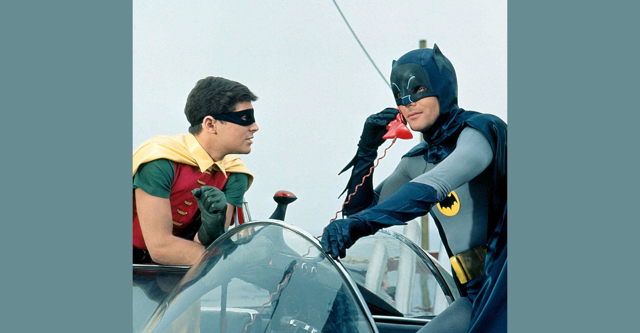 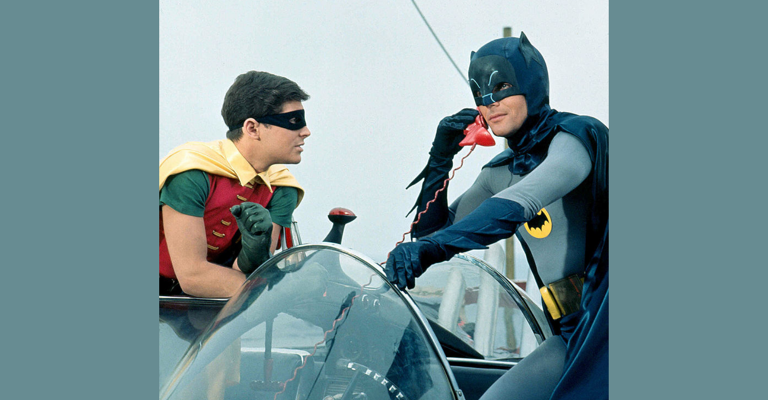 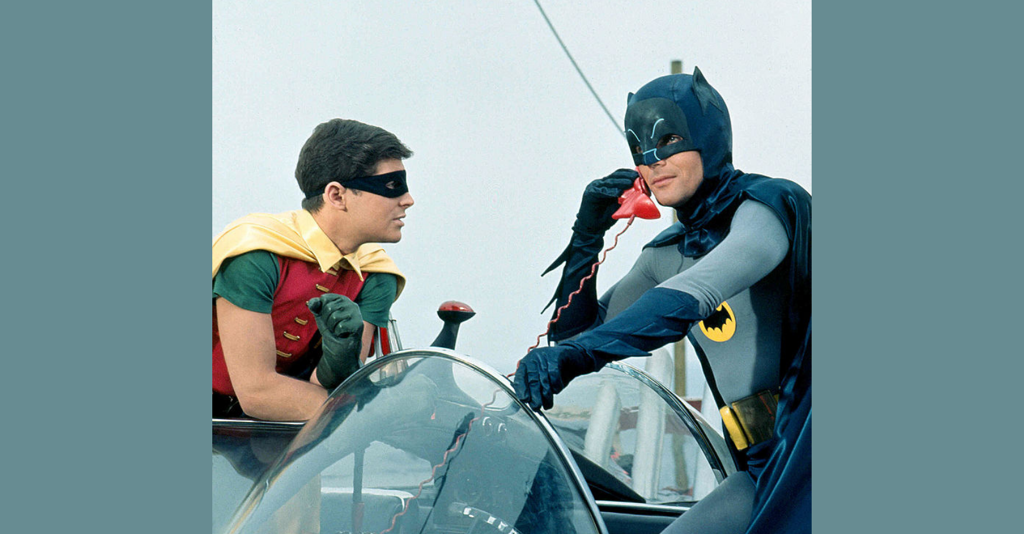 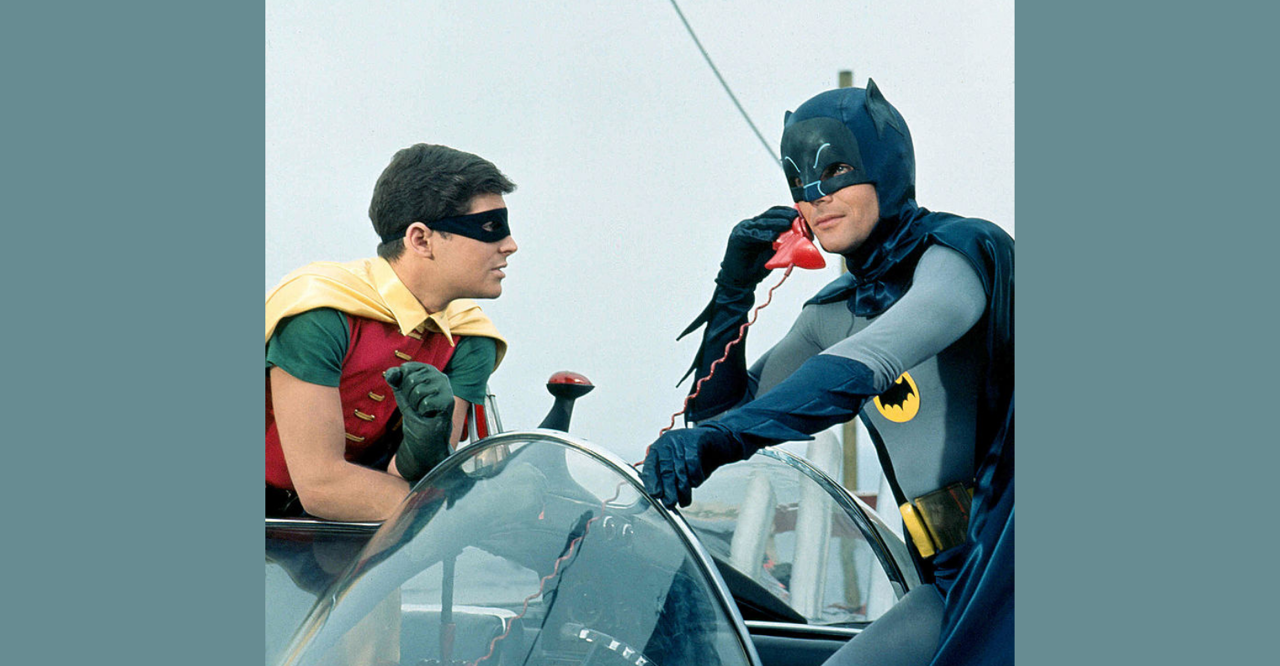 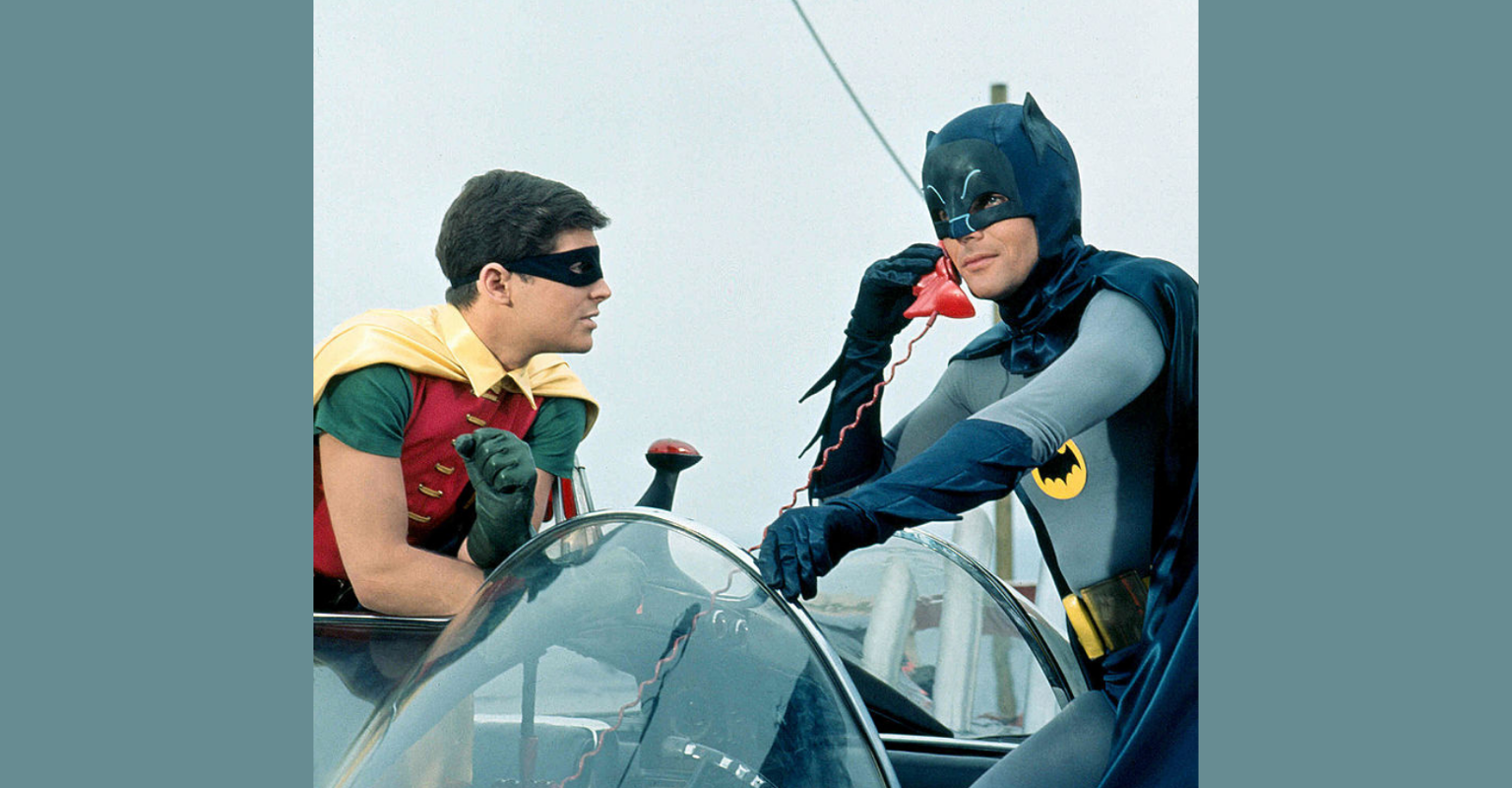 There’s an image that’s been doing the rounds on Twitter in the wake of the latest – and darkest – Batman movie coming out. It’s a collection stills from assorted Batman films, with the year of release for each film in the bottom right corner. From Keaton and Kilmer and Affleck and Bale, it shines an ironic light on the most noticeable trend in cinematic takes on the caped crusader. Each adaptation has gotten darker and darker, with 2022’s aptly titled The Batman being the bleakest, dimmest, and grimmest yet. The punchline is the last image on the grid, with the year 2025, and, rather than any images of Batman himself, a square in total darkness.

Often, the aesthetics of these Batman films comes from the things that they’re emulating. Where Nolan’s The Dark Knight really wanted to be Heat – complete with a dark, slick, modern metropolis – Matt Reeves’ take on the world’s greatest detective is almost aggressively indebted to Se7en, from the plot beats and character to the dynamics to the fact that it all takes place at night. When it’s raining. And the rooms are poorly lit. Superhero movies over the last decade or so, post-Nolan, have often desperately strived to be Taken Seriously – something that’s often echoed by the most vocal cheerleaders of the superhero blockbuster. Because of the success that The Dark Knight had both with audiences, critics, and awarding bodies, the way to make these films serious is to make them Dark and Edgy, to shy away from the bright, explosive aesthetics that define their comic book source material.

This is something that seems to go double for Batman himself; a character increasingly treated as a serious, brooding figure, as opposed to a man who puts on a silly costume to beat up other guys in silly costumes. While it might be tempting to assume that this is true of all superhero films, the thing that makes it so striking when it comes to Batman is the fact that Bruce Wayne has no superpowers in the comic book sense, and is instead just a very rich, ripped dude, who happens to have an elaborate costume and even more elaborate gadgets to go with it. There are points at which it becomes a little difficult to take Batman seriously, and there’s nothing wrong with that.

Enter the earliest Batman in the canon of Batmen. The one who people never take seriously but who, for that very reason, is the perfect tonic for an endlessly darker, dimmer, edgier version of the guy in the bat suit who literally works out of an elaborate cave lair. Adam West’s Batman – in three seasons on TV, and one movie – feels increasingly like a Bat-relic of times gone by, not only because of the vividness of the show’s color palette, but its immediate willingness to poke fun at the absurdity of a figure like Batman.

Today, Batman is treated as a serious, brooding figure, as opposed to a man who puts on a silly costume to beat up other guys in silly costumes.

In the first episode of the show, Batman is in hot pursuit of The Riddler (Frank Gorshin; the performers who turn up to play villains are varying degrees of unexpected, from mainstays like Gorshin, Cesar Romero, and Burgess Meredith, to Eartha Kitt, Vincent Price, and Otto Preminger) and seeks information at a nightclub. Because he drove the Batmobile to the club and refuses to drink and drive, he orders the Batman Special: an orange juice. Of course, the juice is spiked, and Batman finds himself taking to the dance floor and breaking out into the Batusi (now an iconic gif.) On the surface, this is obviously mad, and runs counter to everything people might have come to expect from the Caped Crusader through almost two decades of cinematic storytelling, one that tells us Bruce is Dark, Serious, and Brooding. West’s interpretation of the man behind the cowl is anything but; somewhere between a debonair playboy, and a man who’s wildly overcompensating for something, his version of Bruce Wayne is that of an insanely wealthy, but on balance well-adjusted man who’s been able to grieve the loss that turned him into the caped crusader. There’s no need for him to have strange breakthroughs over the name Martha in this version of the story.

But the thing that’s most striking about the 60s Batman in an era of Bat-overload, is the fact it’s bright, fun, funny, and willing to lean into the comic part of comic books. There are the obvious tropes of the show: the Bat-X gadgets, ranging from ropes and ‘rangs to earplugs and anti-toxin sprays, and the endlessly adaptable “Holy exclamation, Batman!” catchphrase setup. But possibly its most famous trope is the one that captures exactly what it is about it that makes the show a breath of fresh air decades later: The fight scenes. Accompanied by upbeat brass, and percussive beats to sync up with punches thrown by Batman and Robin, they take some of the most famous comic book iconography – all-caps declarations of BAM, POW, and ZAP to name a few – and throw them right on stage. What 60s Batman does better than any adaptation since is lean in to the fact that it’s a comic book, that Batman as a character has always been inherently silly. It invites the show to laugh with and at just how bizarre so much of it seems. To assume that the comedy in this version of Batman isn’t on purpose is to pay almost no attention to what it sets out to be from the very beginning: nobody would call an orange juice the “Batman special” if they didn’t want the audience to laugh at it.

Even the things that 2022’s The Batman is getting praised for is something that a Bat-fan looking for something new can find in Adam West’s outings. The chemistry between Pattinson and Kravitz in the latest Bat-film is striking – even if it isn’t groundbreaking. The fact that the mainstream blockbuster has gone so long without letting anyone express desire makes it seem like something new, even if it isn’t. The Bat-and-the-Cat dynamic in West’s iteration is possibly the best in the history of Bat-adaptations, capturing the back-and-forth between a hero and villain who could really have something special if they took off the masks, helped by a succession of great performers as Catwoman, with the iconic Eartha Kitt being the best of them.

There’s a pair of episodes at the back end of season two, where The Joker (Cesar Romero, in many ways a perfect version of the character; not just anarchic, but also zany, funny, a truly mad clown, rather than a sad one) decides that the best way to make money – and hold the daughter of a billionaire hostage – is to (accidentally, at first) become a modern artist. And while doing so—vandalizing the old masters and canonical works at the Gotham City art gallery—he cackles “down with ugliness, away with dullness” as he throws a can of paint over American Gothic. This mantra seems to be what West’s Batman offers in contrast to the caped crusaders’ 21st-century cinematic adventures; a move away from ugliness and dullness and towards something bright and chaotic, silly and strange, an antidote fit for any utility belt.♦