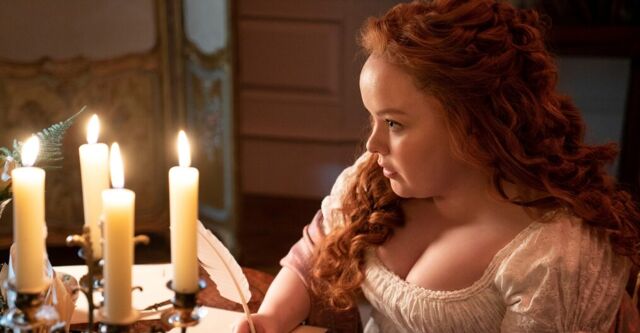 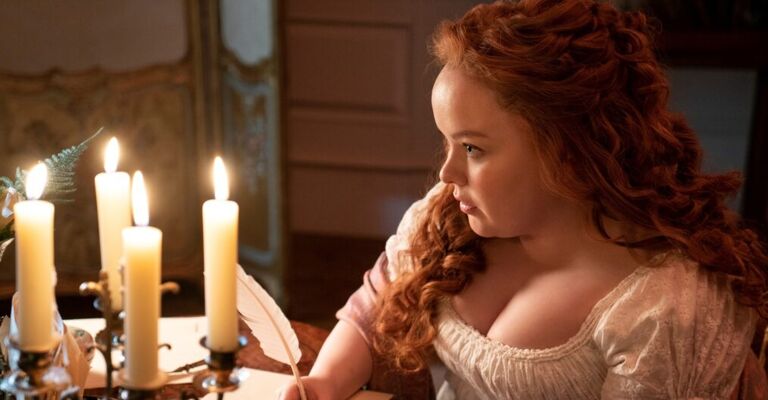 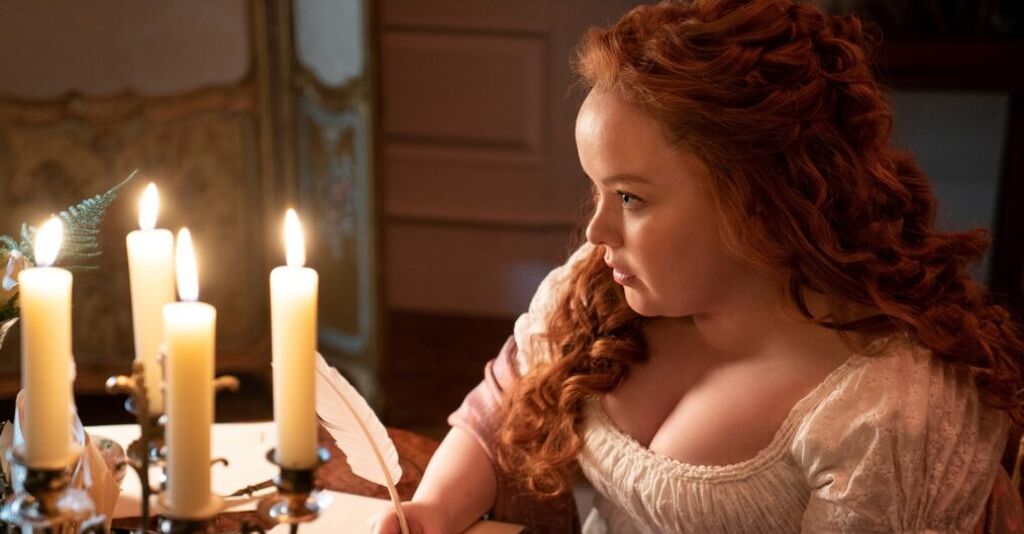 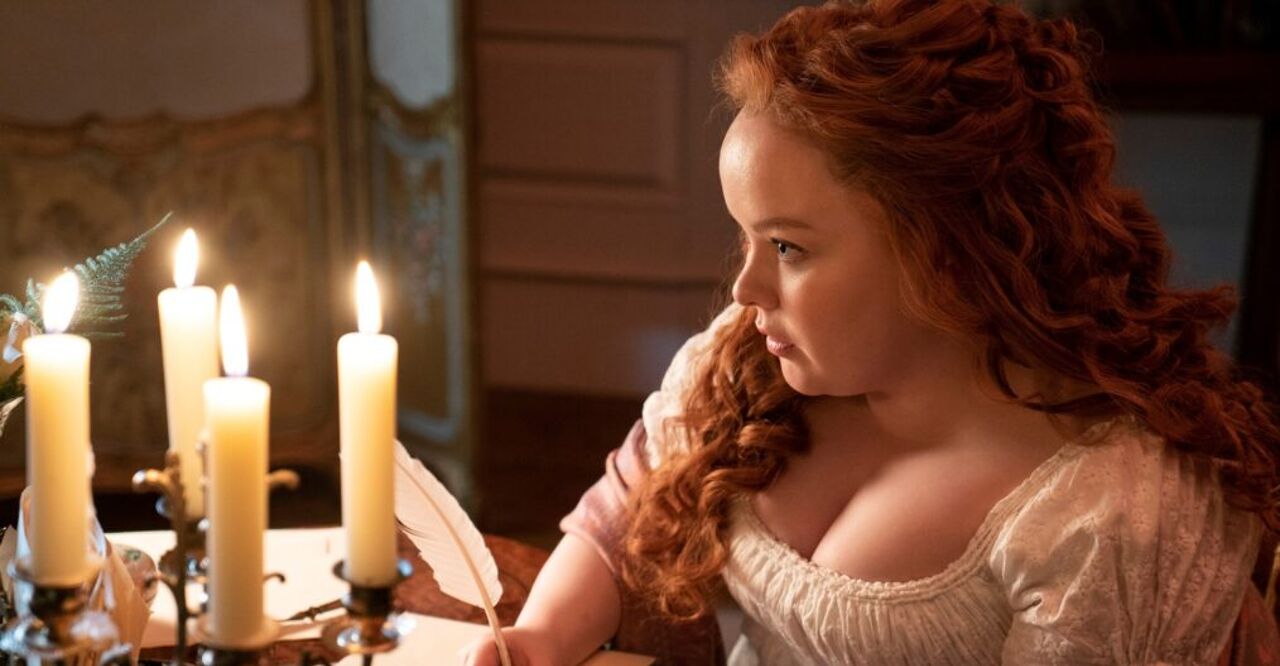 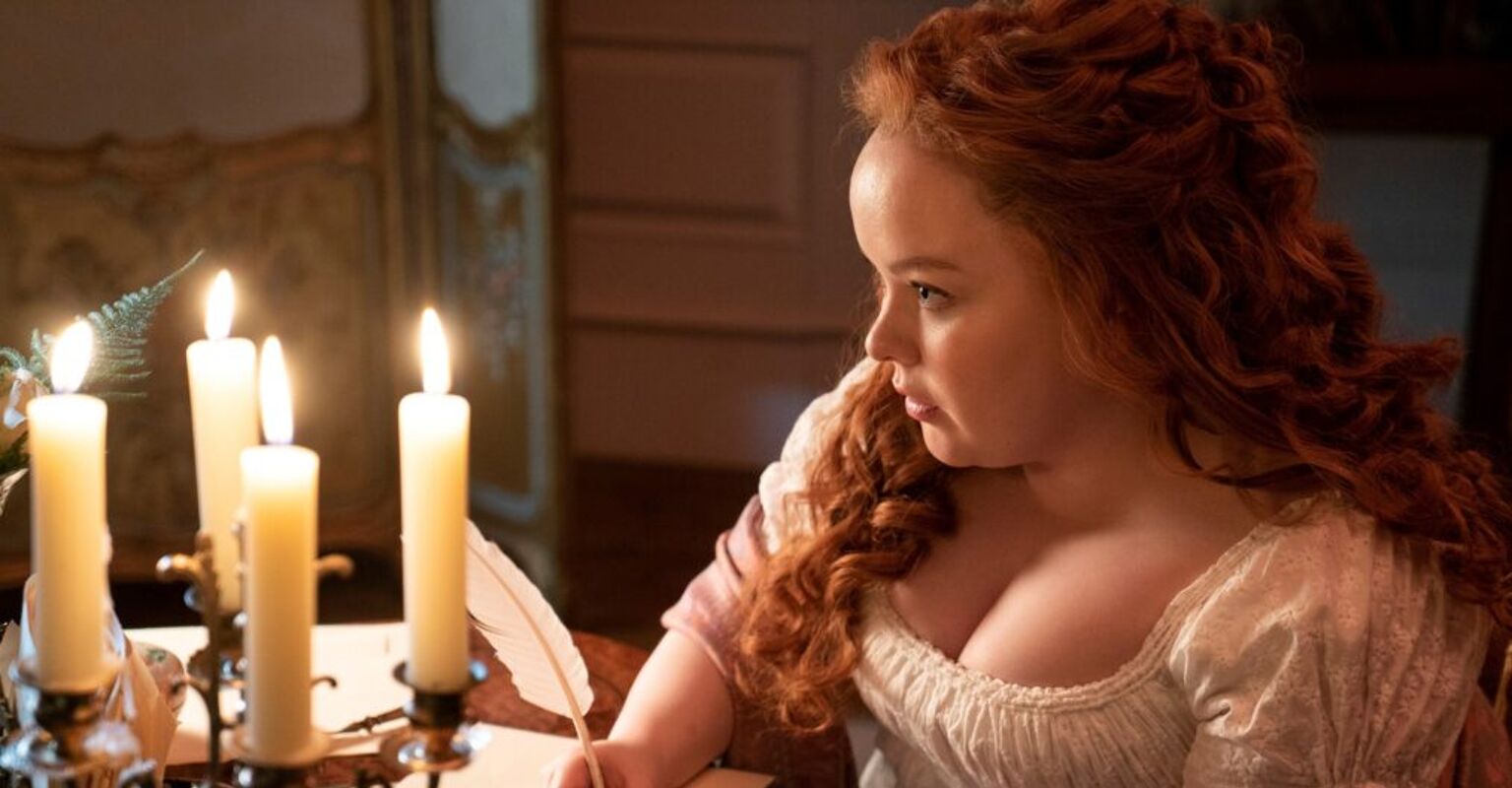 When Shonda Rhimes’ addictive Regency-era drama “Bridgerton” first premiered in late 2020, it was an instant hit. I mean, how could it not have been: it had candle-lit drawing rooms, rain-drenched sex scenes, romance, and wigs galore, pretty much everything a sensation-starved America needed after a grueling year one of the pandemic. After the explosive finale in which the scandal sheet writer Lady Whistledown (voiced by Julie Andrews) is revealed to be none other than the quiet, sensitive Penelope Featherington, fans were hungry for more. Not just more scandal, sex, and romance, but specifically more Penelope. The fan-favorite character, brought brilliantly to life by “Derry Girls” and “Harlots” actor Nicola Coughlan, came to represent both the head and heart of a show that, for all its flourish and charm, is largely another drama about silly rich people. Coughlan’s portrayal of Penelope as the watchful chronicler of London society brought out something that many queer fans can relate to: the sense of being ignored, underestimated, and take for granted. Which is exactly how we’ve been able to take detailed note of everything without coming under suspicion, not just in the days of the high court, but in the broader world of metropolitan society.

We spoke to Coughlan about her allyship and her delight in bringing a sense of gay gossip to “Bridgerton’s” dazzling world.

INTO: I just wanted to start by acknowledging that you’re Gossip Girl.

Nicola Coughlan: Thanks, I love that.

I’m wondering what the role of like secrets and observation plays for your character this season.

I think Penelope is someone that has—like back when she was a little girl, I think she was used to keeping her thoughts to herself, because she feels like an outsider in her family. Her sisters have one another. Her mom sort of judges her. So I think she sort of feels like, “I’m going to take all this in and I will get my…”, I don’t want to say revenge because it sounds harsh, but she’ll get her own back, at any given moment. And she also was so used to just not telling the whole truth to people. Like, even to her best friend Eloise who she loves and adores, she doesn’t tell the truth. And she sort of openly deceives her this season,  which, you know, I would say to Claudia [Jessie, who plays Eloise Bridgerton] when we filmed those scenes, “Oh, this is so uncomfortable.” She’s just lying to her friend’s face, and not only lying but going “Don’t you think Whistledown is great though?”  I think it was interesting when I was sort of prepping for the role, I was curious to know how easy is it to garner information from people without them knowing. So I would sit on a tube train and sort of just zone out and like, listen to people next to me. It’s incredible what people will say when they don’t know you’re listening.

It’s true. Or if they think you’re just like on your phone or reading a book.

Of course, you just have to be seen to do something else. I mean, yeah it’s a terribly bad habit to have developed.

But it’s impossible to not. Like, once you start reading those like, “Overheard in LA,” “Overheard in New York,” you become addicted.

Oh yeah. I mean, we all love secrets and gossip, don’t we? Some people tell me like, “No, I just don’t tune in.” And I’m like, “Yeah, you do, you’re just not telling the truth.”

I think there’s something about gossip in this era, it gave people not just a sense of escape, but a sense of ownership of something, of being the ruler of a certain domain.

Obviously you’re an amazing queer ally. And I think of gossip and its role in society as being a very queer thing. Especially in that time period, because obviously we know there were queer and trans people, but they were either blending in, or they were kind of going under the radar, and like their lives  depended on like not being found out by a Lady Whistledown figure.

Oh, of course, one hundred percent. I think there’s something about gossip in this era, it gave people not just a sense of escape, but a sense of ownership of something, and a sense of being the ruler of a certain domain. And anything that is perceived maybe as feminine, or something that was meant to signal and attract women or attract queer people, it’s sort of seen as lesser and not as worthy. But you think about that time, if you were queer you could not be with your partner. If you were trans that’s not something that would be available to you, But you can have this world where you’re like, “This is our world, and we have it and we can make it what we want.” So there’s something quite powerful in it. We like to think that we don’t care what gossips say, but we totally do.

Yes, I think she’s such a great celebrity for celebrity’s sake. I think actors usually make very boring celebrities, so I feel like you need people who are just public figures purely because of this, and [Julia Fox voice] “Uncut Jaaaaaaams” was like such a great moment.

Such a moment. I feel like we kind of live for that now.

I just think the world is such a dark place that like silly moments like that are just everything. I’m so addicted to pop culture, like Ira Madison’s Instagram—I would just watch it if it were a TV show, just like the constant references. I feel like you need that in the world. And also, when people try to explain like, very niche pop culture things to other people, that’s one of my favorite things ever.

Yes. Same. I love how like, the TikTok drama changes every day.

Honestly, I need to get more into TikTok. Like I feel like I get sent things and I really enjoy it. But also I’m like, I’m so old, I know I’d have to kind of curate my feed. I think I’m coming off Twitter and maybe I’m going on to TikTok.

It’s the best. Yes. TikTok is the gossip haven. And I feel like “Bridgerton” Season Two is also going to do very well on TikTok. There’s gonna be so much lip syncing,

I’d really like it. I don’t know if you watch “Real Housewives” at all, but I’m deeply into Salt Lake City.

That one does look good and messy.

Oh my god. it goes likem full pelt from the first moment. It’s great. A lot of them are Mormons and ex-Mormons, and then there’s one woman who runs a cult and is married to her grandfather. But there’s an amazing hot mic moment on it and I just like sat alone at home going like “I really want to learn how to lip-sync that.” So that’s the kind of thing I’m thinking in my spare time.

Oh my god. Yes, absolutely. I feel like it’s just lifesaving because we’re all stuck in our houses, we like have no social lives anymore really. So it’s like gossip and mess is everything.

It’s everything. It is quite nice when, you know, like two well-known celebrities get together and you’re like, and you know they’re having a good time and it’s not hurting anyone. I’m so into that. This is great. They’re happy, we’re happy. It’s a win-win.

Jen and Ben has saved so many lives. Something positive.

Yes. I know right. And it’s also made us all feel young again! Amazing.

Yes, the nostalgia factor. I’m very excited for the second season to come out and I feel like yeah, TikTok is going to be agog.

Season 2 of “Bridgerton” is now streaming on Netflix.