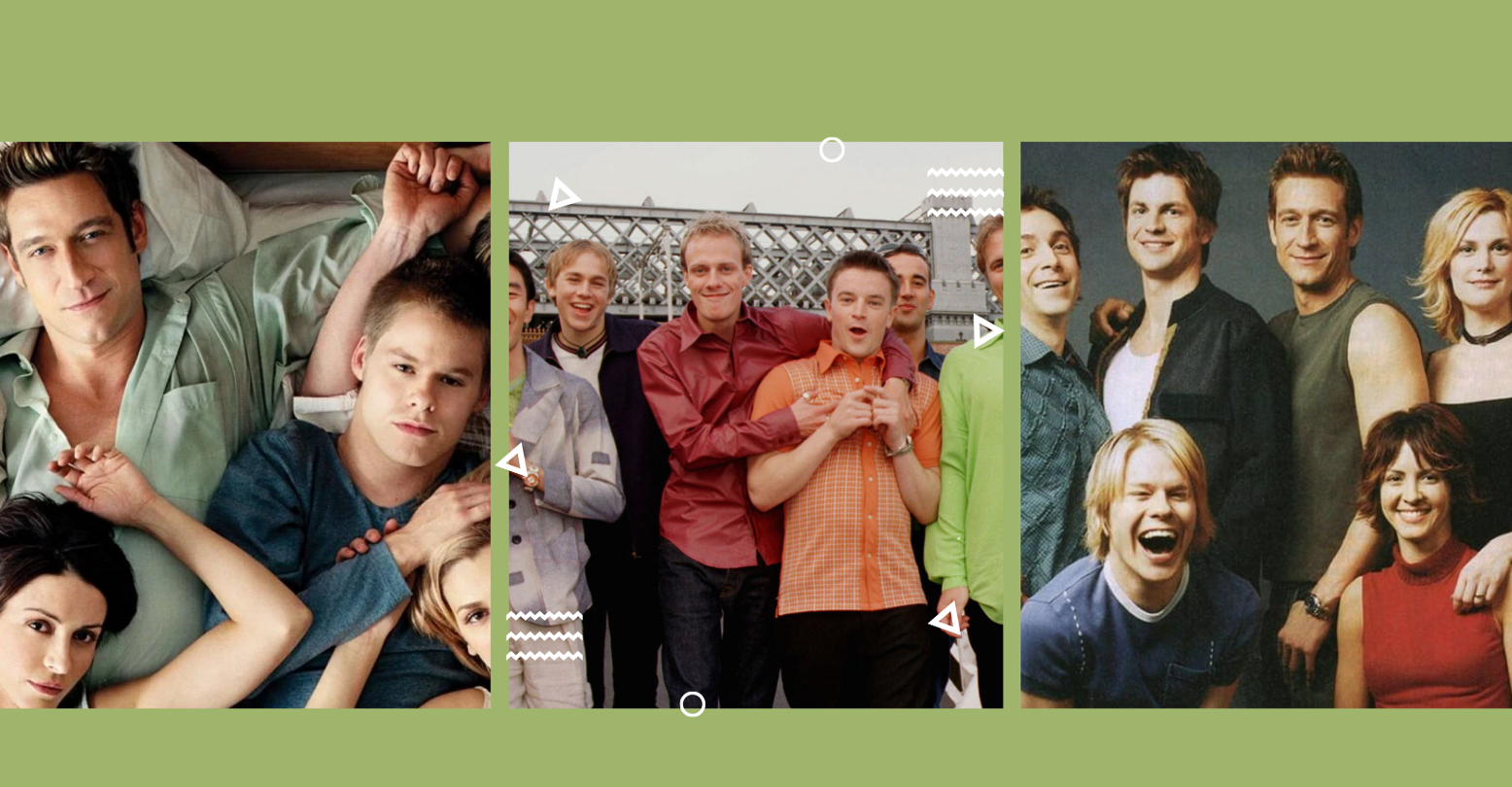 In early April, it was officially announced that the original, landmark British TV series, Queer As Folk, will get an American “reimagining” for the streaming service Peacock, set in contemporary times in New Orleans. Many will remember the ’90s representation of queer life in Manchester that ran for two seasons on Channel 4 as one of the earliest shows to explicitly and unapologetically show gay life on screen, and many more will remember the at-the-time revolutionary American iteration that span five seasons on Showtime, beginning in 2005 and focusing on the queer scene of Pittsburgh, PA.

Though time has passed, and queer representation has gotten significantly more diverse, commonplace, and even mainstream, Queer As Folk remains a memorable viewing experience for many who saw very little of themselves shown on screens at the time. And though criticism of the show’s white, cis, gay-centric storylines was and remains valid, still, for many, like me, Queer As Folk is etched in memory as the show that taught us a sense of community. A sense of what it means to be queer, beyond a personal identity.

I was young and clueless when I first watched Queer As Folk (the American adaptation first, followed by the British original.) I didn’t know much about queer history, what it’s like to be out there, what it means to have brothers and sisters who might be worlds away and whom I’ve never met. I barely even registered my own sexuality, let alone gender identity. But I will never forget the thrill of excitement that came with watching Brian Kinney drive a car spray-painted with the word “faggot” in pink bright letters around, flipping off the whole world. Nor will I forget the satisfaction that came with learning what queerness was for me while watching a group of queer people fighting for their right to be bluntly and unabashedly not heterosexual. Storylines about sex, drugs, parenting, what love means when you’re queer, experiencing violence and trauma, AIDS, hustling as a teenager, or trying to create something meaningful as a queer person all existed within the same show, all told from the point of view of various queer characters, who sometimes disagreed with each other. A collective that wasn’t a monolith.

For many, Queer As Folk is etched in memory as the show that taught us a sense of community. A sense of what it means to be queer, beyond a personal identity.

It seems to me that more than ever, after a long period of being cut off from each other and trying to transfer our lives online, after a long period of isolation and a loss of camaraderie, we need the kind of show that would encapsulate what it feels like to be a part of something larger than yourself. Contemporary queer representation tends to focus on individuals, either lone characters within a largely non-queer cast or characters whose storylines are all about their private relationships, tribulations, and dreams. Media that does revolve around a communal experience tends to reflect on our community’s history, not our present.

Speaking of creating the show, Russell T Davies said that the idea was “about putting gay characters center-stage, not in a ‘let’s-be-representative’ way, but because I thought there were stories that hadn’t been told.” Speaking of the criticism their American version received from gay people back in the day, executive producers Daniel Lipman and Ron Cowen have asserted that “if you don’t like the reflection you see in the mirror, don’t blame the mirror.” Those quotes speak for the foundation of Queer As Folk: an attempt to show the queer life of their time as-is. No sugarcoating, no making pretty or easily palatable. A still-rare idea of characters who are wholly relatable to some and completely alienating to others, existing together within the same frame, creating a tapestry of queerness.

Media that does revolve around a communal experience tends to reflect on our community’s history, not our present.

Our lives as queer people deserve the respect to be presented without glancing over what might make viewers feel uneasy, uncomfortable. Our lives as queer people aren’t as simple as the individualistic representation that we are overwhelmed with, and our community isn’t a thing of the past, as people often attempt to claim. It’s important we get queer media to insist that our community is not a thing of the past. We’re still providing homes, spaces, help, love, and support to each other. We still have fights we must fight together, lives that are better lived in solidarity, and problems within our lives that are too often unspoken and desperately need taking care of.

It’s important we get queer media to insist that our community is not a thing of the past. We’re still providing homes, spaces, help, love, and support to each other.

Regardless of its flaws, I could always count on Queer As Folk to deliver both the beauty and the harshness of being queer. Both the love our community has for one another and our ability to come together, and the fights and bigotry that threaten to tear people apart and hurt the most vulnerable among us. I could always count on Queer As Folk to do something that would make someone out there revolt against the very basic idea of it all, and isn’t that what we do as queer people every day? Shouldn’t we get the chance to be both wonderful and terrible again? Contrarian, biting, and caring. Varied and fluctuating. Queer As Folk might have been white, cis, and gay-centric, but its ability to speak to us as humans was wholly queer. Its ability to flip the whole world off, be extravagant and bold, and intentionally sensational was wholly queer. And its insistent that queer life is never only about our singular existence as individuals was wholly queer.

Now, with the news of a reimagining, I find myself longing for what could be made out of this very specific foundation, what could be retained from the show’s original spirit but transformed into the sensibilities of our here and now. Hoping for something as messy and glorious as Queer As Folk used to be; even, perhaps, that dreaded word “problematic”; something that would shoot to the stars and try to capture the spirit of our contemporary communities as-is, without avoiding difficulties or parts that might be too ugly for the heterosexual eye, for the puritan eye; I find myself hoping that this time around, Queer As Folk could be all-inclusive, diverse and truly representational, but not less complex. As they say, “not gay as in happy, but queer as in fuck you”.♦

Michael Elias is a writer of prose, poetry, plays, and anything in-between. You can find them published in Homologylit, Gold Flake Paint, Catapult, Xtra Magazine,and elsewhere. They are always working on too many things at once and sometimes they tweet about them @itwastrash.