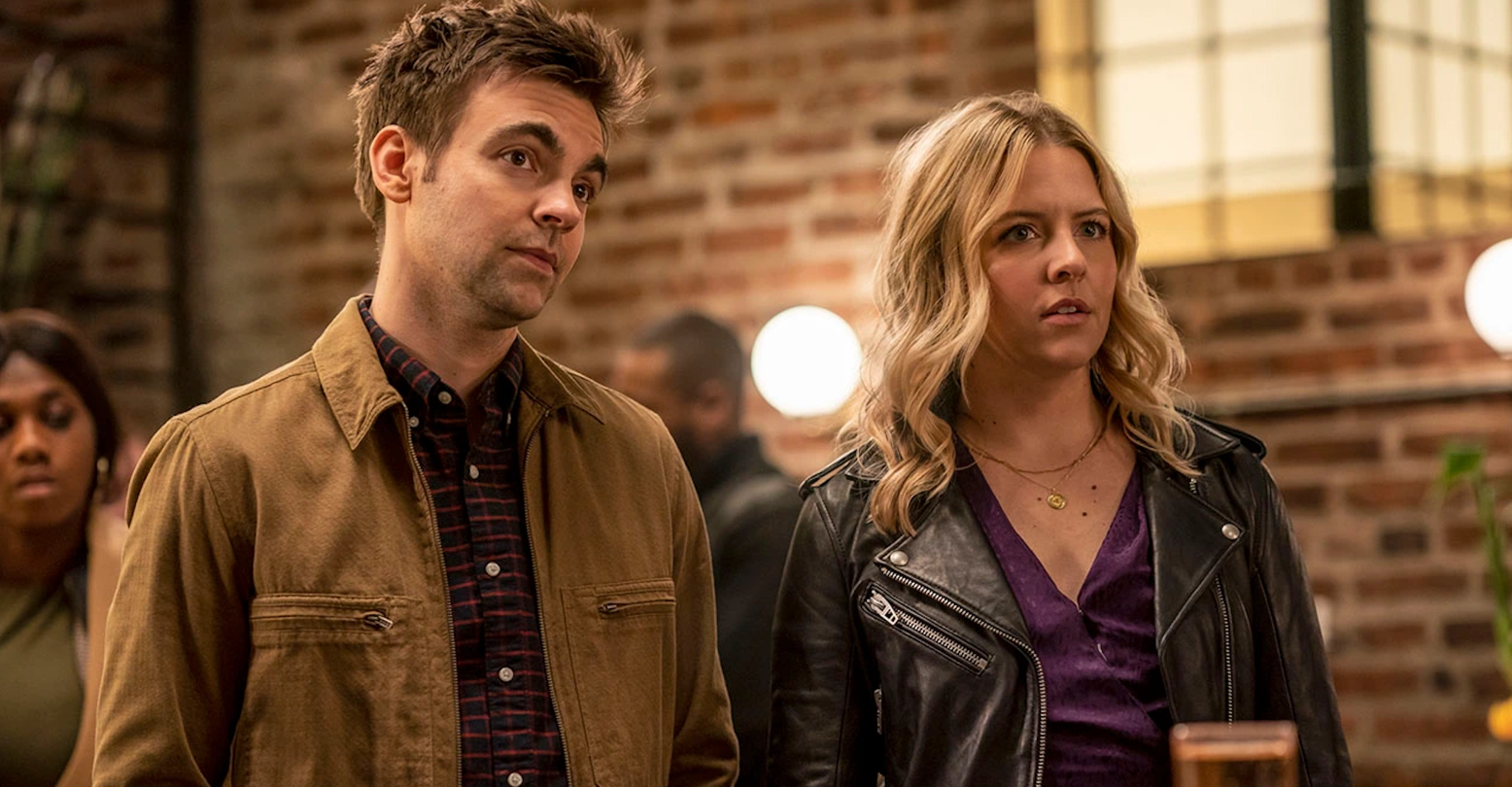 Gays, relax: the Molly Shannon vehicle and queer favorite “The Other Two” has just been renewed for a third season. Phew! It was touch and go there for a minute!

If you’re not already familiar with the first two seasons, “The Other Two” follows Cary and Brooke Dubek (Drew Tarver and Heléne Yorke,) the less successful siblings of a viral teen singing sensation. Though both Brooke and Cary are trying to break into the entertainment industry, they just can’t come close to the level of fame achieved by their younger brother Chase or their newly-minted talk show host mother Pat (Molly Shannon.)

Although only Cary is queer, the show is soaked with gayness. It’s something of a slower, less absurdist version of the Julie Klausner’s brilliant “Difficult People” (RIP!) which similarly followed two desperate-to-be-staffed New York comic actors as they failed, time and again, to break into show business. Both shows utilize the perfect talents of Cole Escola, though “The Other Two,” sadly, Escola’s work only happens behind the camera. Still, it lends the same ridiculous sparkle to the Tarver siblings’ Sisyphean exploits to get noticed and step out of the shadow of their randomly famous but otherwise largely untalented brother.

Throughout series 1&2, we see Cary struggle with his attraction to his violently straight roommate Matt (it doesn’t end well) and deal with the problems of not being gay enough in the “right way” to land the juicy gigs he dreams of. Like Julie and Billy (Julie Klausner and Billy Eichner) in “Difficult People,” Cary takes a job as an actor for the New York bus tours that randomly drive elderly straight people into the city for no good reason. It’s humiliating and sad work, and all Cary wants is to land a series regular role on a surefire series like “American Horror Story.” But of course the cards are stacked against both Cary and Brooke, who tries her darndest to become a music manager but keeps falling to recruit new talent. Meanwhile, their mother and brother are thriving in the shallow spotlight offered by Hollywood.

There are no shortage of takedowns of the worst parts of queer and entertainment culture in “The Other Two,” but it’s also, at its heart, about something even more relatable: The inability queer folks have, even as adults, to feel like we’re anything less than losers. Whether it’s Cary competing for an IG pic with the Instagays or Brooke trying to make one her mother’s fans meet-and-greet dreams come true to disastrous ends, the other two Dubek siblings are trying their best to fit in in a world they’re way too smart for. A world that, in fact, lusts after empty talent and personality. Honestly? Relatable. We keep rooting for Cary and Brooke to get some kind of a break, and of course, it never comes. What would happen if it did? The show would pivot from the genius of “Extras: Season 1” to the painful, depressing doldrums of “Extras: Season 2.” It wouldn’t be cute. Besides, we love to root for people who keep failing, over and over again. In this community, that’s called catharsis! RHONY, anyone?

Thankfully, we’re in store to get a lot more Cary, Brooke, and of course Pat on our screens next year. I, for one, can’t wait. Until then, Seasons 1&2 are just chillin’ on HBOMax. “Difficult People” is also just chillin’ on Hulu.