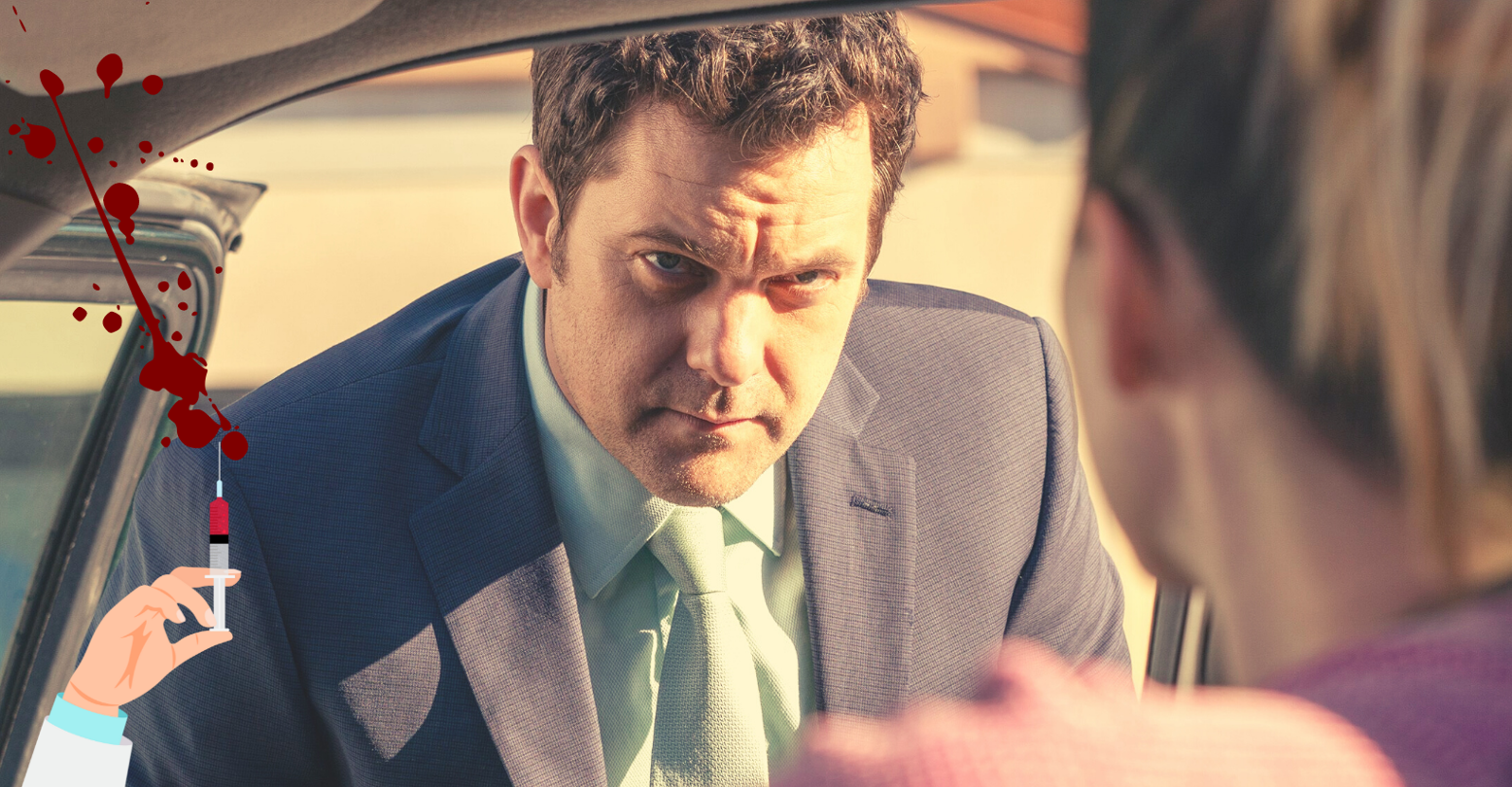 I’m not a big Peacock person, but the instant the series Dr. Death was launched on the streaming platform last week, I was all in. A story about a delusional spine surgeon who maimed over 30 people in the very recent past? Sign me up. I remember devouring episodes of “Dr. Death” when it was first released, in podcast form, in 2018. Back then, the podcast platform Wondery was known for their salacious audio fare: shows like “This is Actually Happening,” about everyday humans caught in extreme situations, “Joe Exotic: Tiger King,” which gave us the first iteration of the true-crime story that would captivate freshly-quarantined audiences three years later in 2020, and the podcast that kicked everything off, “Dirty John,” about a dream husband who turns out to be running a long con on his vulnerable, older wife.

Needless to say, I’ve been waiting for Dr. Death: the TV show since wolfing the story down as a podcast in 2018. So when I heard that the show had cast “Dawson’s Creek” heartthrob Joshua Jackson as evil surgeon Christopher Duntsch, I knew I wasn’t just going to watch Dr. Death. I was going to devour it. I was going to watch all 8 episodes in rapid succession, probably without any breaks, in the course of a single afternoon. Because how else do you show a piece of art that you love it? How, I ask?

Dr. Death the show, with Jackson delivering a truly horrifying performance flanked by a magnificent supporting cast, did not disappoint. It is not a show for the faint of heart. There are multiple scenes where you get to see inside someone’s spine while Duntsch performs the surgeries that you know are going to rob his patients of all mobility, and possibly their speaking ability as well. During the course of his tenure at hospitals across Dallas, Duntsch killed or maimed 33 people before he was prosecuted for malpractice in 2017. The insane part of the story is that Duntsch is no ordinary sociopath: from the moment he took the Hippocratic oath to do no harm, that’s about all he managed to do. He hurt lots of people, and the Texas medical board simply looked the other way.

But none of this is what interests me about Dr. Death principally. Monsters are always fascinating, sure, and especially the kind of monster who finds a way to enlist the evil of the system—of bureaucracy itself, and the way it allows things to slip through the cracks—to help in performing his own evils. But what’s really interesting about Dr. Death, both the podcast and the show, is the role male friendship—and male vulnerability—played in Duntsch’s life and career.

Dr. Death makes a hash of any kind of chronology from the start: we’re introduced to Duntsch first as a charismatic medical student, then as an ambitious teen football player, then as a surgeon with his own practice. The story keeps flipping across timelines and locations, mimicking the way Duntsch himself was able to cover his tracks by flitting from institution to institution, job to job. The minute his practices are flagged at one program, he finds a job at another. It works, for awhile. But Duntsch, it becomes clear after awhile, isn’t interested in hiding out. He’s interested in becoming a God. His true interest—and talent, according to people who worked with him—lay in research. He becomes obsessed with finding a stem cell cure (coincidentally the subject of “Dr. Death” host Laura Beil’s follow-up podcast, “Bad Batch”) that can heal spines, making surgery unnecessary. He finds funding with Kelsey Grammar’s Dr. Skadden, only to have it fall apart after everyone realizes that he’s faking his way through it. Everyone realizes it, but no one blows the whistle. Except for two doctors at Baylor medical, Randall Kirby (played with an endearing obnoxiousness by Christian Slater) and Robert Henderson (an understated Alec Baldwin.)

It’s these doctors who become the focal point of Dr. Death the show, with Kirby and Henderson’s buddy-cop duo mirroring Duntsch’s own relationship to Jerry Summers, the “best friend” he made a quadriplegic after botching a simple neck surgery. We see Henderson and Kirby piecing together the crime and sharing some very sweet moments—one in which Henderson, having arrived at his friend’s house early, sees Kirby mouthing along to opera records at his home. You can tell it’s not easy for these two, very different men to trust each other and lean on each other, but they find a way to do it anyway. It doesn’t hurt that Kirby and Henderson’s chemistry onscreen is weirdly hot. Somebody make more detective dramas starring men in their 50s who are still insanely hot! Just putting that out there into the universe.

The teaming of Henderson and Kirby as case-crackers isn’t an accident. To uncover Duntsch’s problem, the two doctors have to examine their own role in the toxic, masculine culture of the OR. In a scene that directly references Randa Haines’ brilliant 1991 drama The Doctor, Slater as Kirby performs his surgeries with the music blasting, gossiping at high volume about his cars and pool to the bored orderlies and assistants on hand. There’s a clear eye-roll in the show’s treatment of Kirby, along with an even clearer message: guys want to be doctors often for the wrong reasons. Because of power. Because of property. Because of being the loudest voice in the room. Kirby and Henderson subscribe to toxic hospital culture, but they’re not determined to prove themselves as godlike wielders of medical prowess in the way that Duntsch is. And it’s no surprise that Duntsch’s fate, for the audience, is sealed the minute he operates on his friend Jerry, the only person in Duntsch’s life who stayed true to him. In the way the show compares the two homosocial relationships, we can see a sort of moral peeking through: Friendships don’t mean anything if genuine care and emotion can’t enter into it.

To uncover Duntsch’s evil, the two doctors have to examine their own role in the toxic, masculine culture of the OR.

It’s an interesting and bold choice to show Duntsch’s descent into utter depravity through the deterioration of his relationships with other men. Duntsch simply uses the women in his life, like first wife Wendy and the woman he subsequently cheats on her with, his assistant Kim Morgan. But with men, he’s sneakier. He makes them feel like he needs them, and then takes advantage. When Duntsch hits rock bottom, we see his relationship with his father take on more and more toxic traits, until his father is left with the stark realization that maybe prison is the only available outcome for his son, and the best one.

Dr. Death is a story about how male ego and delusions of grandeur can completely override the human emotions of empathy, love, and compassion. And it uses male socialization and friendships to do it. That’s a pretty sophisticated way to look at the problem of toxic masculinity, I think. So avoid this show if you hate the sound of bone being drilled into, but if you can stomach it, watch the whole thing. Come for the Pacey of it all, stay for the tender male friendships.

And for the love of God, Hollywood, keep casting Christian Slater in things. ♦