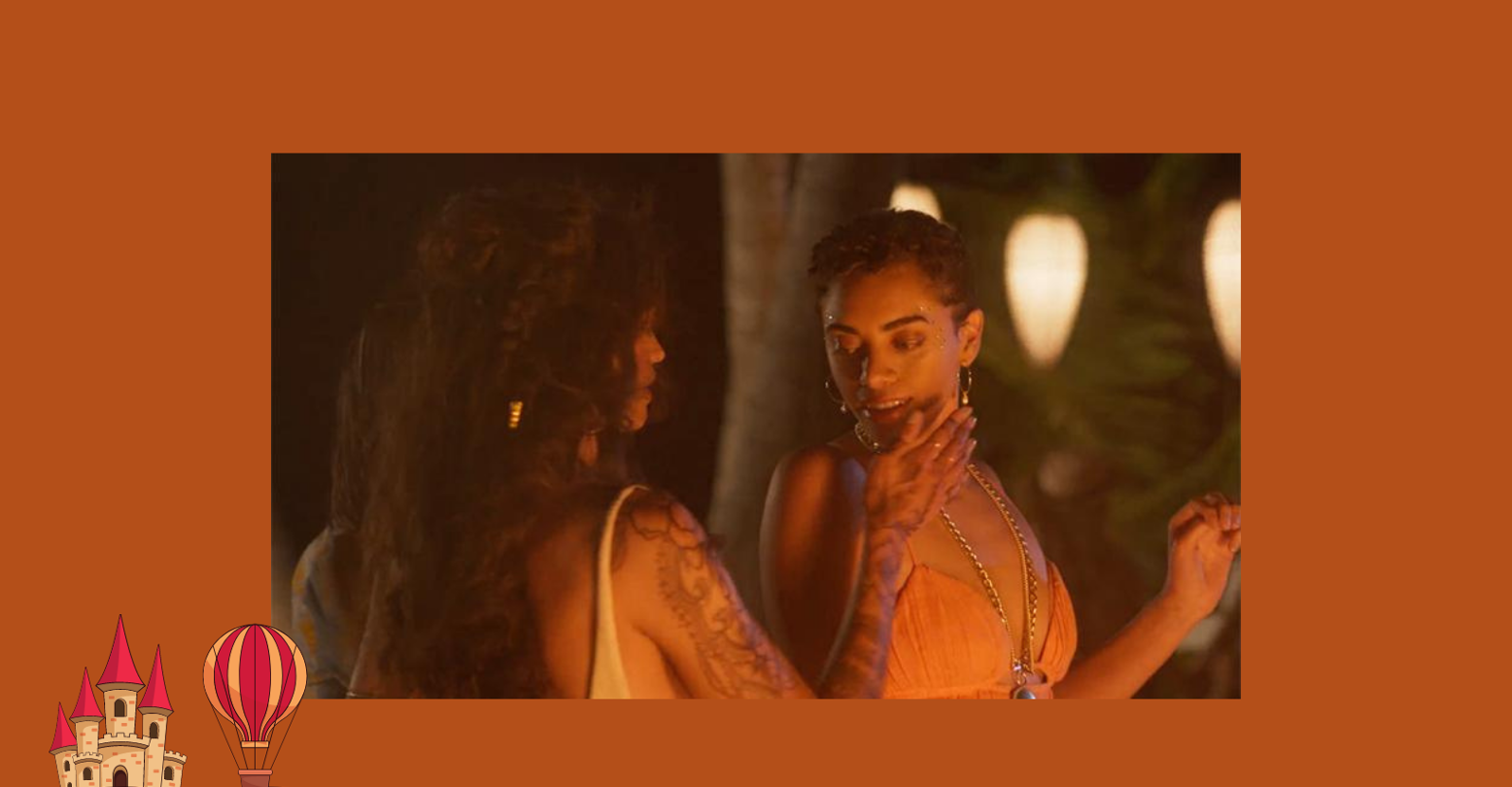 The latest iteration of ‘Fantasy Island’ is unabashedly queer. The TV show offers emotional, nuanced storylines that place love stories at the center. It was a true fantasy that Fox brought to life with their reimagining: a world where people of color take up the most space, and queer women experience the joys of happily-ever-after.

The titular island is a mystical place of impossible magic: When guests arrive, they are greeted by its custodian Elena Roarke (Roselyn Sánchez). She’s taken over from her great-uncle, Mr Roarke, who hosted the ‘Fantasy Island’ of 70s television. She asks guests their deepest desire and the island makes it happen –usually in cryptic, unexpected ways that will help them learn something and grow as a person. The fantasies play out with refreshing clarity and genuine compassion; time travel, body swaps, invisibility, even living out decades of an imagined future offers enlightenment for the guest stars of various ages, ethnicities, and stages of life.

Isabel knows she lives too deeply in books; Her fantasy is for the courage to say yes to real life.

And there’s queer magic happening right from the start! In episode one, we meet Ruby (Kiara Barnes), a dying elderly woman who came to the Island to have one last hurrah with Mel (Adain Bradley), her husband of 50 years. The island gives the couple younger bodies and reawakens them both to the attraction to women that Ruby felt before meeting Mel. In a surprising twist, with Mel’s loving encouragement, Ruby ends up staying to help Elena run the island.

I view Ruby as a beautiful representation of bisexuality on screen. Her sexuality is handled gracefully, without shame or regret. It’s easy to believe that Ruby was once in love with a woman, then simply fell in love with a man and focused on raising their family together. Her choice to stay on Fantasy Island is treated as a second chance at another life of love. I enjoyed seeing her shy flutters of interest and the adorable sapphic meet-cutes she experiences throughout the season. It’s a sweet, joyous ride that feels both natural and miraculous for her –as living out your queerness often does.

In episode seven, sapphic romance is front and center for a guest’s storyline, too. Australian actress Caitlin Stasey (a casually-queer icon herself) visits the island as Isabel, someone bookish and awkward but confident in her queerness. Isabel knows she lives too deeply in books; Her fantasy is for the courage to say yes to real life. By the power of the island, she steps right into her favourite Historical Romance novel, where she meets Agnes (Gillian Saker) —the book’s men’s-clothes-wearing heroine, and the first woman Isabel ever fell in love with. Agnes, whose real name is Rachel, is just as charming and captivating in person, and the two begin a flirtatious friendship-turned-love affair.

Isabel wants to have a life. How will #FantasyIsland help her find her way?

Find out tonight at 9/8c. pic.twitter.com/Y3zVvQU67q

Rachel’s husband is said to be the author of Isabel’s beloved ‘Agnes’ novels, but Isabel is certain that Rachel is the real author. When Isabel shares with Rachel how much the novels meant to her, there’s an evident ‘so we’re both queer’ and clearly there’s fire between them. Rachel’s reply is unmistakably alluring: She tells Isabel that “words on the page cannot compare to beating hearts, and warm breath, and the blood coursing through one’s veins.” And then gives Isabel a kiss on the cheek. Isabel responds by kissing Rachel’s lips.

Who else has read these books? We’re intrigued… #FantasyIsland pic.twitter.com/4rY3yZANPP

I particularly loved the feminist thread in this story, because that’s the energy all my favorite romance novels have. The romance we deserve –in literature and in life– gives women agency, orgasms, and independence; The best Romance allows women to be badass and bold and brilliant; never in the shadow of –or held back by– men. It comes to light that Rachel is in a marriage of convenience that she asked for in order to publish writing in her husband’s name. “But it’s wrong for Reggie to take credit!” Isabel argues. “He’s not taking anything. I gave it to him.” Rachel insists.

When Isabel learns that exposing the truth of authorship would result in losing the publishing contract because Rachel is not male, she asks Elena if she could bring Rachel back to modern times to free her from the confines of the era. In response, Ruby, the queer Black woman helping to run Fantasy Island, visits Isabel at the castle, posing as a friend speaking at a nearby abolitionist conference. She reminds Isabel that we need the women in history to have been there to pave the way; That generations of women being brave allowed for us to be whoever want to be. If the truth of the ‘Agnes’ novels are exposed, Rachel’s books would be pulled from the shelves, and readers would be denied her stories. “So Rachel has to stay,” Isabel realizes sadly, “because her voice has to be heard here and now.”

The romance we deserve –in literature and in life– gives women agency, orgasms, and independence.

In the end, Elena and Ruby invite Isabel to return to historical romance land to be with Rachel, because that is where she was able to be her best, true self. The poignant lesson of self-discovery makes a cinematic happily-ever-after possible for the two women –an absolute requirement for readers of the romance genre, and a blessing to see on screen.

‘Fantasy Island’ is a treasure to behold, and with every rewatch I notice new details that make this episode a more perfect love story, one to cherish as much as I do the romance novels I find so much joy and hope in.