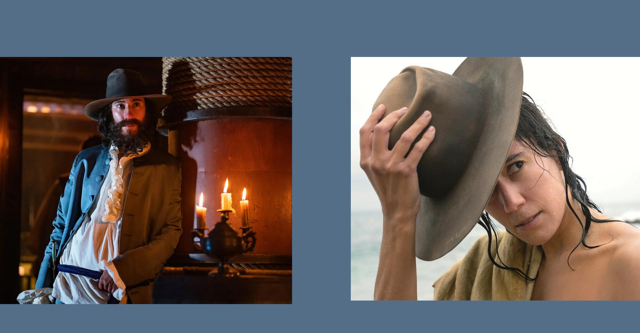 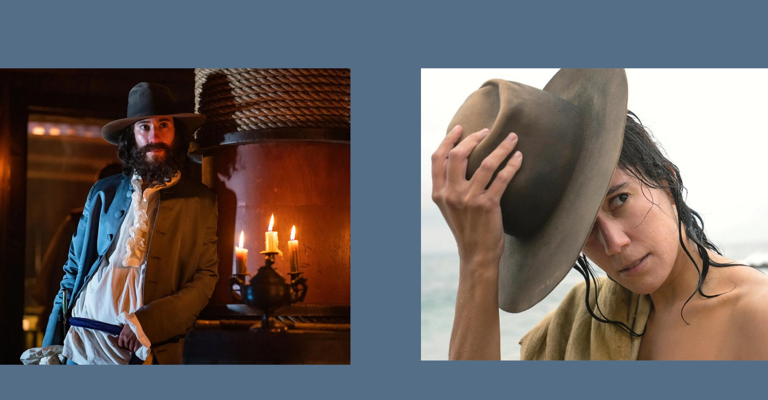 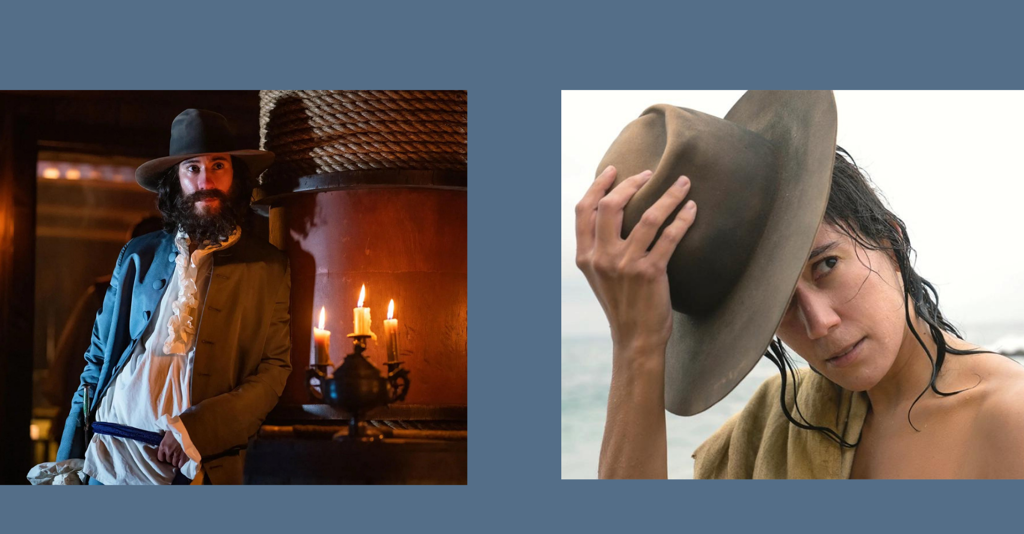 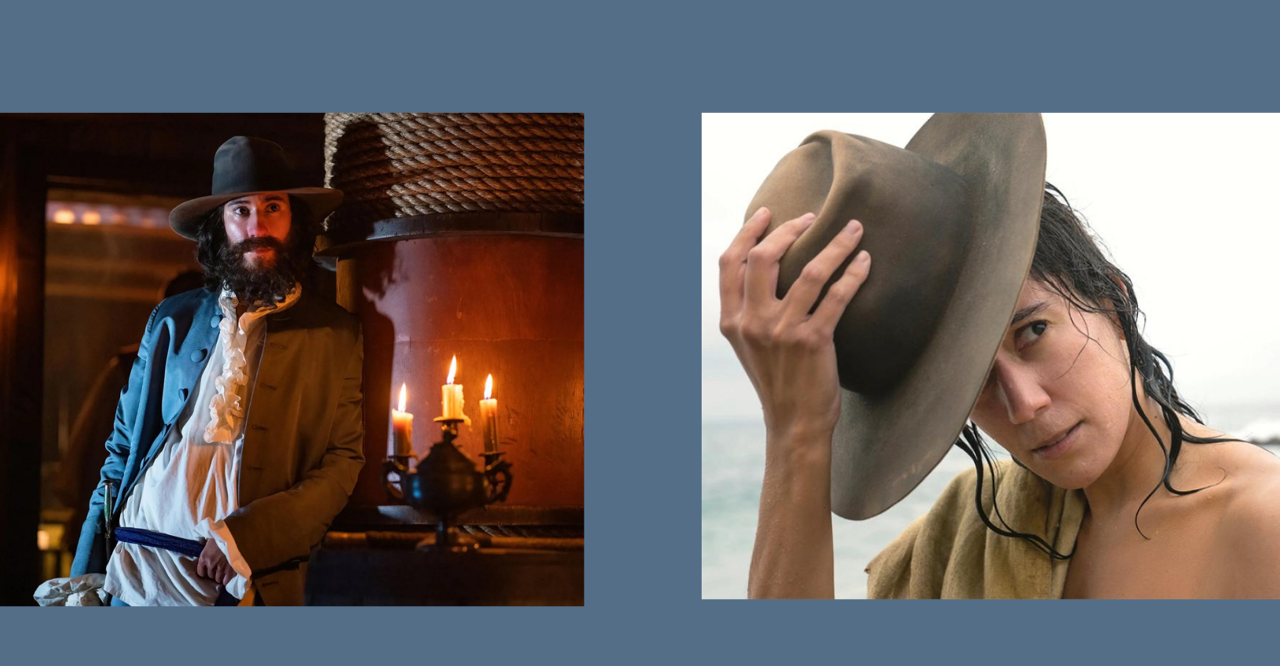 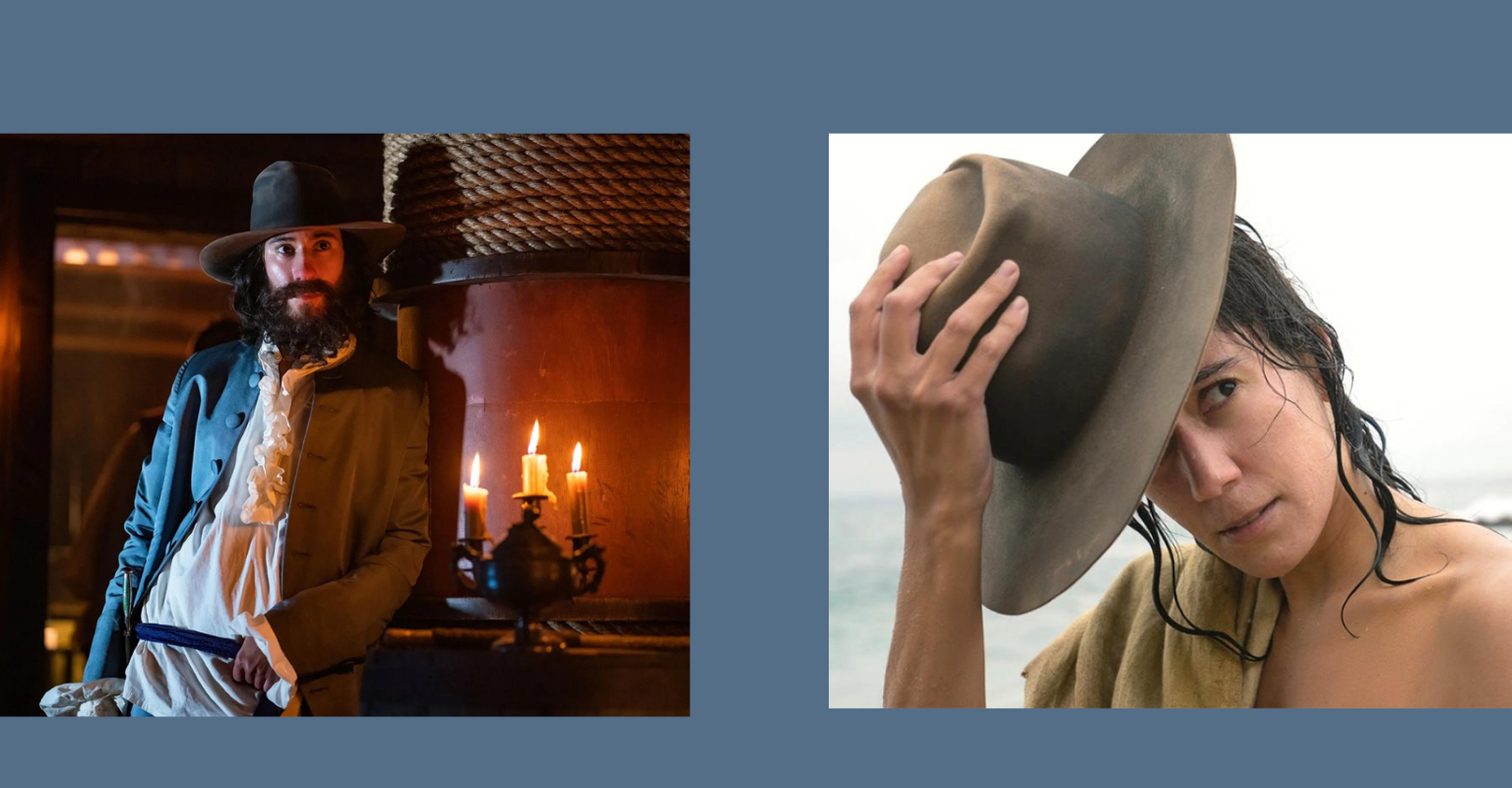 The dictionary app in my computer defines “disguise” in two ways: as “a means of altering one’s appearance or concealing one’s identity” or “the concealing of one’s true intentions or feelings.” These definitions suggest a clear separation of what is genuine and what is false. But for trans people, disguise and identity are not so rigidly opposed.

This is the case for Jim Jimenez, a knife-throwing nonbinary pirate in HBO’s recently-renewed “Our Flag Means Death”. Jim (played by nonbinary actor Vico Ortiz) is wanted by the notorious criminal Spanish Jackie (Leslie Jones) and has disguised themself as a man to escape her wrath. But passing is tough: Jim can’t speak for fear of being gendered by their voice, and can’t bathe without removing their wax nose and fake beard. Passing literally robs them of their voice and bars them from forming relationships with the rest of the crew. But after Jim is publicly outed by one of Spanish Jackie’s husbands, there are some aspects of their disguise they have trouble letting go of. Jim is then able to speak freely, and we never see the nose and beard again. But their name, demeanor, and status among the crew remain unchanged. Much of what Jim was “pretending” to be wasn’t pretense at all, but rather an unexpected slippage into authenticity.

Passing literally robs Jim of their voice and bars them from forming relationships with the rest of the crew.

Jim’s story stands in stark opposition to every other depiction I’ve seen of an AFAB character disguised as a man. Older movies like 1935’s Sylvia Scarlett or 1919’s “I Don’t Want to Be a Man” depict crossdressing women who enjoy the benefits of their disguise, but don’t truly feel at home in it. In the 1998 Disney film, Mulan feels uncomfortable in fine garb, but doesn’t choose to present as Ping when she has the choice. Olivia in She’s the Man doesn’t fit into her mother’s hyper-femme world of pageants, but easily abandons her bowl cut and polos when her gender is revealed. Some aspects of Mulan and Oliva’s disguises come naturally to them; they are free from the degree of posturing their family or society demands of them as women. But they ultimately, have no wish to be perceived as men, and are instead seeking a way to exist authentically as women who spurn their assigned gender roles.

Of course, Mulan and Oliva don’t choose to disguise themselves as men for no reason: They both have a motive. Oliva wants to prove herself as a soccer player and Mulan wants to protect her father. The protagonists in Yentl and Just One of the Guys also have goals they wish to achieve; conflict follows because although they want something they cannot have as women, they do not feel complete or comfortable as men, either. In these films, masculine disguises are a burden that exist for the purpose of access. Audiences understand these women must conceal their identities in order to gain men’s trust, respect, and power. This necessity is usually meant to be interpreted as wrong: No one should have to become someone else in order to get what they need.

But the portrayal of masculine identity as a burden to non-traditional women feeds the transphobic belief that transmasculine people are not truly masculine people, but rather sad, disenfranchised women forced to hide who they are in order to get what they want. These movies tend to lean heavily on cis-heteronormative ideas about body characteristics to create comedy and conflict. The disguised women inevitably fall in love with a man; this attraction becomes their primary motive to abandon their charade. Viewers are meant to laugh at the woman’s awkward attempts to romance her crush, who either cluelessly misses her advances or is deeply uncomfortable that another man (gasp!) is flirting with him. Finally, when she can bear it no longer, the woman flashes her soon-to-be-boyfriend to prove she’s a girl and the two promptly skip off into a cishet sunset where boobs = woman and queerness is a joke.

Jim’s story, on the other hand, has a dramatically different outcome. Rather than shedding their disguise after being granted access, Jim’s disguise becomes a means for them to access identity. Although it’s not clear how exactly Jim saw themselves before they decided to keep going by Jim, their decision to leave behind their old name and hesitation in agreeing that they were “really a woman all along” indicates that something is changing inside them. Aside from their silence and wax nose, Jim was their authentic self when disguised. Their impulsivity, skill with knives, and desire for revenge do not evaporate when the beard and nose disappear. Their iconic hat and slouchy shirt remain, implying there is something deeply right in how Jim has been appearing on the Revenge. Rather than hiding their identity, Jim’s disguise helped to reveal who they really are.

What’s more, Jim’s story dodges the rigid heterosexuality of crossdressing movies. Oluwande, Jim’s friend, is attracted to them before, during, and after they don their disguise. He likes Jim in a way that doesn’t hinge on whether or not Jim has tits. It’s a love that feels deeper than the love usually shown in crossdressing movies, where the male character either has no interest in the woman until she abandons her disguise or is frightened to be attracted to what appears to be another man. The longing Oluwande consistently feels for Jim is tender, unafraid, and unmistakably queer.

Rather than hiding their identity, Jim’s disguise helped to reveal who they really are.

When we first meet Jim, they are actively attempting to conceal their identity. But by the end of Season 1, their disguise helps to reveal their identity. Their relationship with their disguise is dynamic, not easily categorized as wholly positive or negative. It grows from being protective to giving Jim the courage to define themself. Ultimately, Jim’s story begs the question: how much of who we pretend to be is actually real? And what would it mean for us to allow ourselves to be changed by the face we put on for others?♦

Fern is a queer writer and insect enjoyer living in North Carolina. Find them on Twitter at @fernjalling.