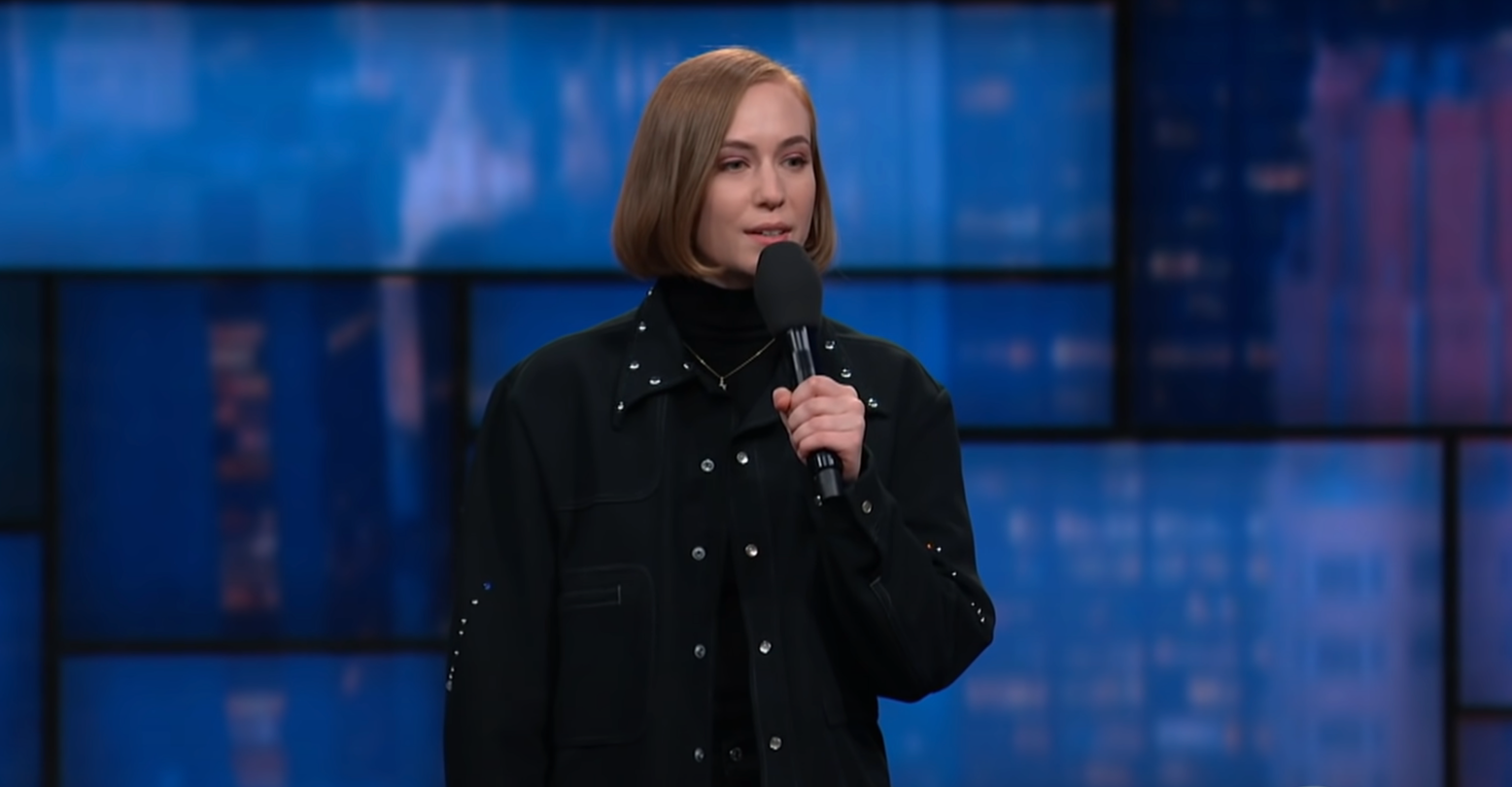 On HBO’s Hacks, up-and-coming actress Hannah Einbinder plays a bisexual comic who’s fallen from grace. In real life, Einbinder is also a bisexual comic, but she hasn’t been canceled quite yet. Einbinder’s character Ava isn’t a great person — she’s opportunistic, a little careless, entitled. And Einbinder wouldn’t have it any other way.

“I think a lot of straight male characters are given the grace to be imperfect, and flawed, and serial killer protagonists, or your Don Draper, who we love,” Einbinder told Out. “But I think that it’s important for Ava to exist because it’s just normalizing the flawed, vivid reality of us as human beings.”

Beyond the specifics of Ava as a character, seeing fully fleshed-out bisexual representation at all is something to celebrate, Einbinder says.

“When people see characters and they get to know them, then they feel like they have someone in their life who is queer who they love,” she said. “I think that makes change.”

Behind the scenes of Hacks, Einbinder has nothing but gratitude for her collaborators, especially the queer ones, who helped her battle impostor syndrome on set.

“I knew that I would be met with support, because I knew that specifically, my queer cast members and my queer family on set are able to facilitate that innate trust that I feel was palpable,” she said. “It was a gift every day, truly. I never take it for granted.”

“I see how marvelous they are and how unique they are and how no one on the planet could ever do what they do. I hear their insecurities and it puts mine into context,” Einbinder continued. “I just go like, ‘But you’re perfect. How are you worried about this? You’re killing it.’ Again, that helps me to look in the mirror and go, ‘Oh OK, maybe that’s the case for me too.’”

Of course, not all spaces in comedy are so welcoming. Einbinder did come up in an “alternative scene,” but she’s not blind to the bigotry that still plagues modern comedy.

“All of these male comedians coming after the trans community? I find it so ironic that they believe that they’re being reprimanded because [they believe] people can’t take jokes,” she said. “It’s actually the opposite. It’s that jokes aren’t of the quality that meets our high standards, because we are such good judges of smart comedy and what the words are actually saying.”

“I promise you, the offense is that you think that’s comedy,” she continued. “That’s the offense.”

But there’s an upside to not being welcomed in mainstream spaces, Einbinder says: queer people find each other on the margins.

“When these patriarchal establishments, straight institutions, don’t let us in, after a while, we just make our own space,” Einbinder explained. “I think we’re better for it.”

Season two of Hacks premieres May 12 on HBO Max.