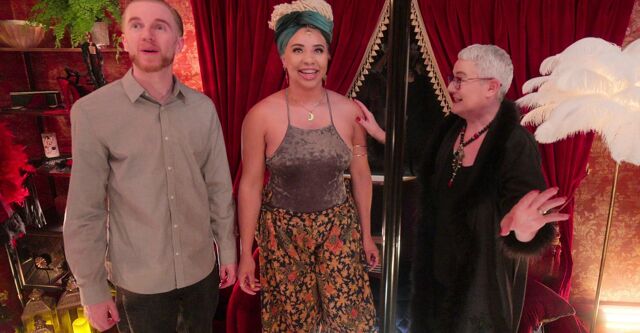 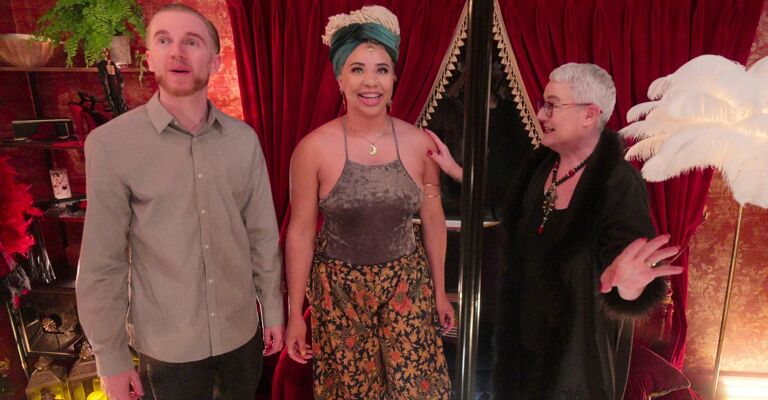 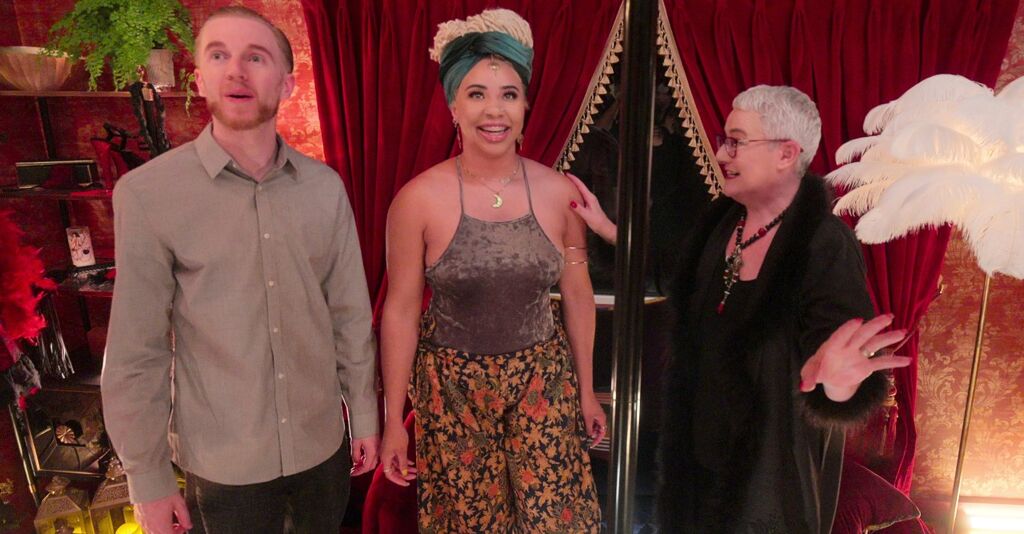 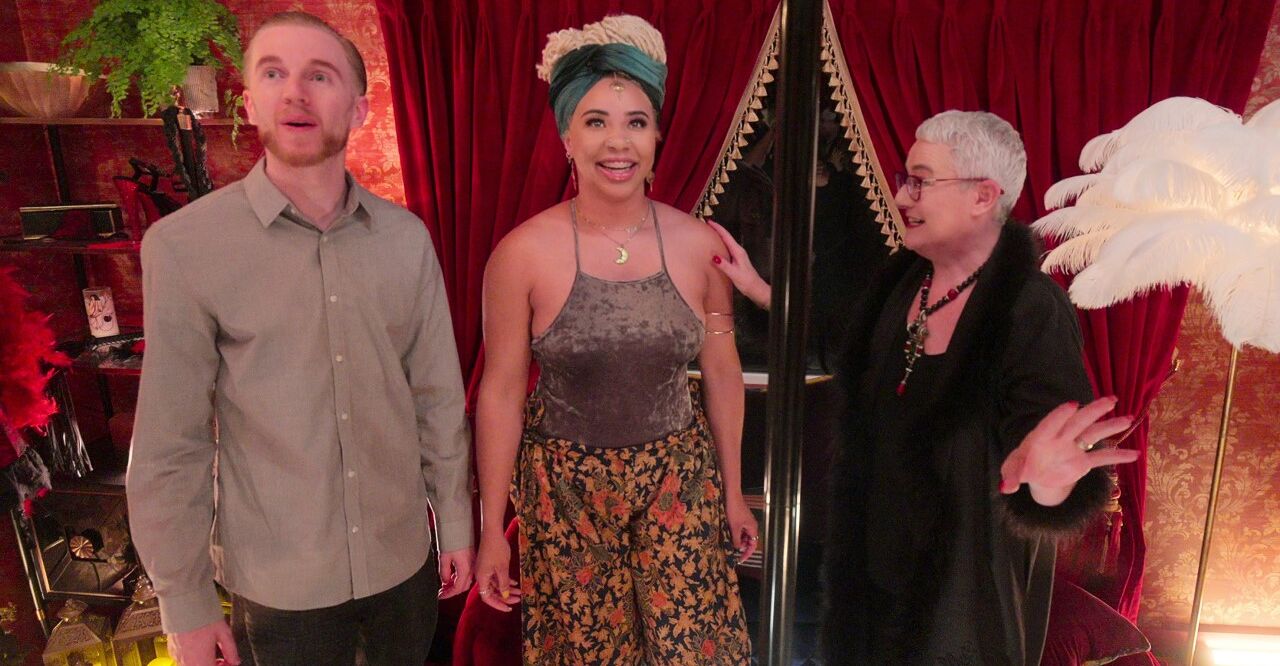 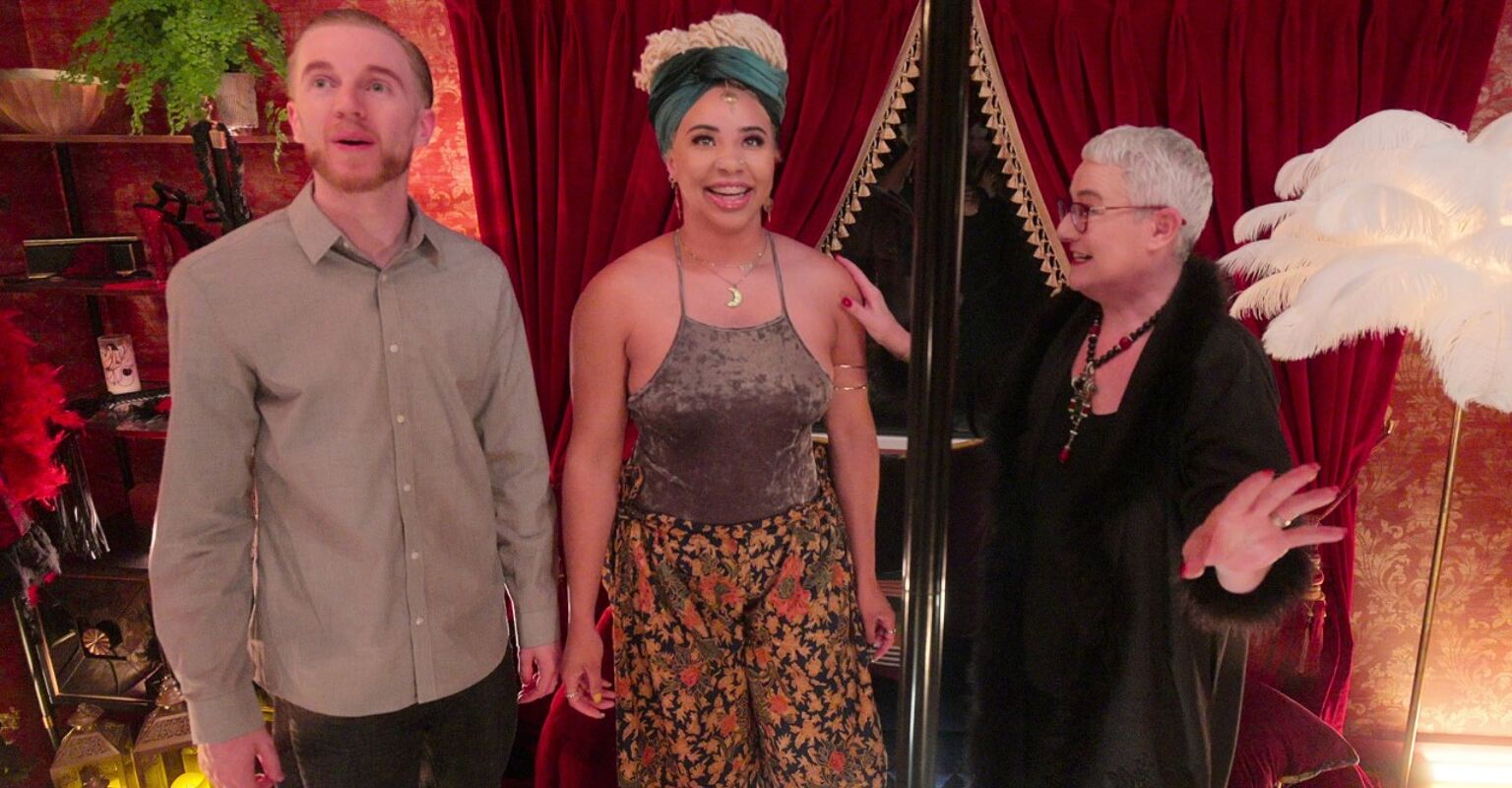 Looking to explore your kinky side? Seeking a binge-worthy show? Well, mix these elements together and you get Netflix’s How to Build a Sex Room. Hosted by interior designer Melanie Rose, different couples, singles, and polycules seek out a space that lets them live out their wildest fantasies, while Melanie turns them into reality.

The show is equal parts calming and sex-positive, creating an environment that not only encourages people to explore their sexualities, but also explore intimacy, connection, and sex education. And we aren’t just exploring vanilla heteronormativity: How to Build Sex Room highlights the LGBTQ+ community in a holistic way, giving room for positive narratives from queer and trans folks.

Now, with the show out for all to see, INTO chatted with Melanie Rose about her new show, how she came to develop sex rooms, and how she’s pushing for sex positivity all throughout her show.

What clicked within you when you realized that there was a market for sex room interior design?

I think it was really after I’d done a notable amount of research and to find out what goes on, as I like to say, behind closed doors, just to see what they were like. And I think that really sparked me to say “okay, what I’m seeing is what the general public are often looking at and go, ‘oh, that’s dirty and disgusting’”. So, that’s that association with that. I mean, generally when you do research, the things that you find are sort of like dungeons. And dungeons to most people mean whips and chains and something that’s very painful and something that’s quite shameful as well.

But what’s great about your show is that it’s very sex-positive, queer-friendly, and polyamory friendly. How did you design your show to ensure that it was as inclusive as possible?

Gosh, that’s an interesting question, and I think it’s probably very “un-English” of me to say…I think it’s because of my demeanor and my accent and because I am so relaxed about it. I’m not judgmental. I shoot from the hip. Subtle is not in my vocabulary, and it’s just a very matter of fact. I don’t sugarcoat anything. It might just be relatability, I think.

Oh, you definitely didn’t sugarcoat in any of these episodes.

Which one did you like? What was your favorite?

Oh, my gosh, it had to be the polyamory one. I was like, wait, how is Melanie going to create this room for all of these folks here? But it was such a beautiful depiction of love. And then you created this room that just made sense for them.

Oh, good! It was almost like going to be a dungeon because it wasn’t a basement or the lower part of the property. And I didn’t want it to be your typical dungeon because dungeons don’t have to be dirty and disgusting. They can be beautiful, high-end, and luxurious.

You’ve been an interior designer for a while. Now that you have a show, what were some of your overall intentions or goals to make sure that each person received what they wanted for How to Build a Sex Room?

Really it is just sitting down and getting to know the client very, very well. And that takes quite a long time. So, I think that just getting to know them and sort of like teasing them a little bit and finding out what they want in a particular room in that section. What were they missing? Or perhaps what are they missing in their relationship that I could put in the design that would actually bring them closer.

I have my bag of tricks with me, which, if you’ve seen the show, you know they range from anything from handcuffs to butt plugs.

Speaking of bringing them closer, you’re helping others explore sexual fantasies. Sometimes the fantasies they thought they wanted don’t match up to what they envision, but you help them figure it out still.

How are you able to pivot so quickly with the show’s participants to help them understand their sexual desires?

I have my bag of tricks with me, which, if you’ve seen the show, they range from anything from handcuffs to butt plugs. I think a great analogy of that is with Taylor and Ajay (episode 1 and 2), the first couple. [They are] not into flogging because of what they feel, what they’ve heard, seen. Perhaps they didn’t know enough about it.

Let’s just go one step further. Let’s Go To Tea and Izzy and let them show you what flogging is all about. Then you might go, “you know what? I quite enjoyed that”. And that’s what happened to Taylor and Ajay, which was wonderful. Then you get people like Hannah and Wesley, and we tried a few things and they weren’t going to work, but when we got to rope bondage I think she said: “I didn’t realize I could get so aroused by this”.

So, it’s really sort of like opening those little doors and just allowing them to step through, dipping their toe in something just to see if they like it or not. But then you move on to something else that they might enjoy.

A lot of people out there are like, “I don’t need that” because they feel maybe it’s a little bit shameful. But if it’s going to enhance your experience, I say “why not just try it?”

Which was your favorite sex room that you created this season?

Oh, my goodness. I get that question asked a lot, actually. Not just from journalists and stuff like that, but actually from the producers. My God, “which is your favorite room?”. I don’t have a specific room that I like because each of the rooms I love in their own right because of how I helped those clients. You know, them telling their stories as to why they want a particular room like this. So, there’s not one favorite above them all. I like all of them for different reasons.

My last question for you, Melanie, is what do you hope people learn from watching your show?

I hope what this creates between people or [for] anybody is just a little bit of education here and the opportunity to actually have a conversation between partners about their sex lives. Their intimate moments, but also opening up the door and dispelling that terrible thing of not allowing adult toys into the space.

I think there’s a lot of people out there that are like, “I don’t need that” because they feel maybe it’s a little bit shameful. But if it’s going to enhance your experience, I say “why not just try it?”. Don’t knock it before you’ve tried it. So, I really want to just open people’s minds a little bit more and be able to freely talk about sex and not feel ashamed by it.♦