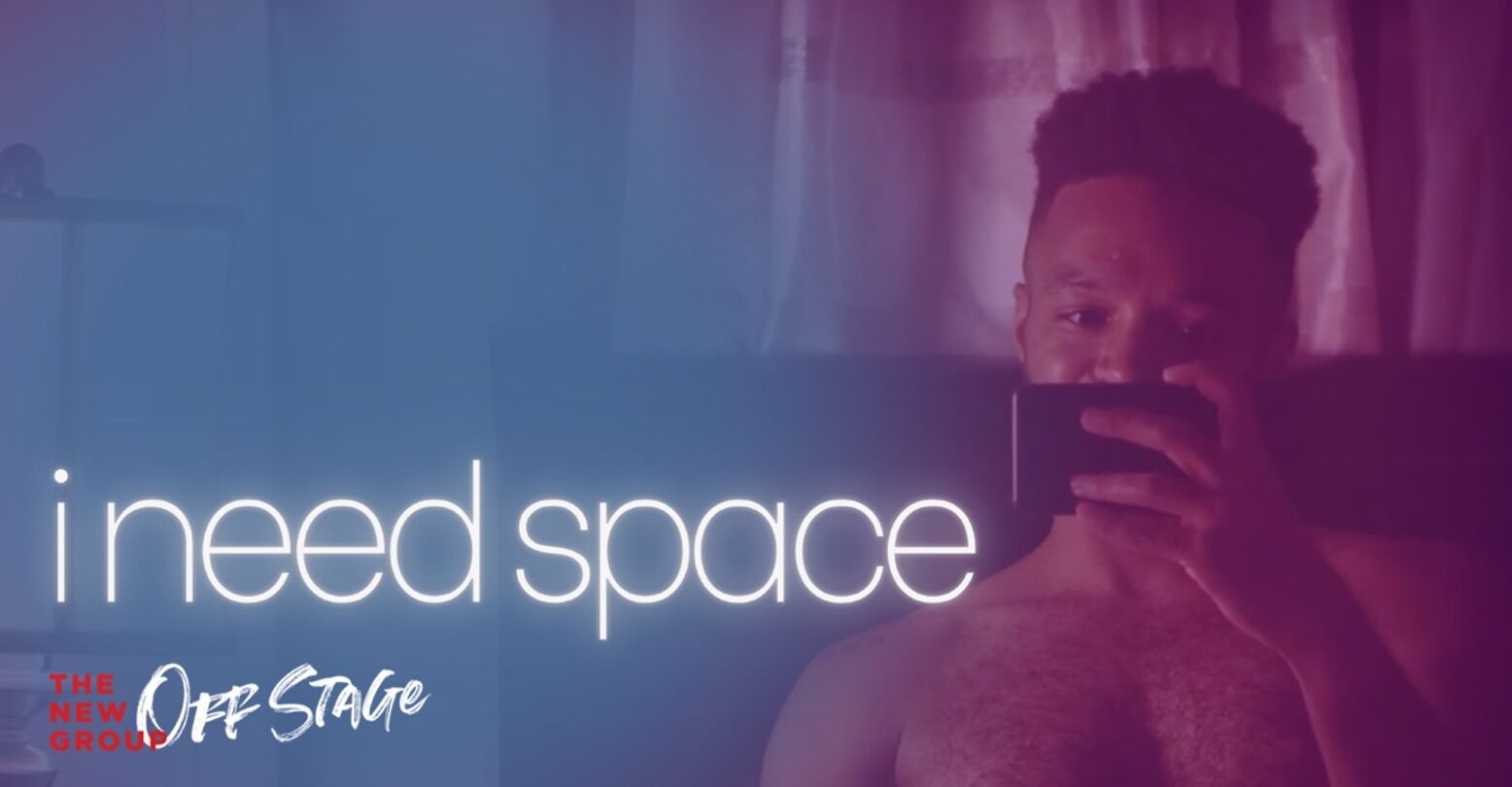 Donja R. Love is an Afro-Queer, HIV-positive playwright, author, and filmmaker. Known for works like one in two, Fireflies, and Sugar in Our Wounds, he’s been steadily adding more to his portfolio since the pandemic. In Love’s new web series i need space, we learn about struggling actor Marcus via a series of video calls. Isolated in his childhood home, Marcus is left to take care of his ailing uncle while navigating his acting career, relationships, and the trials and tribulations of life in the process.

Featured on Broadstream in the form of less than 15 min episodes, the web series features Ja’Mel Ashely, Dane Figueroa Edidi, Cedric Leiba Jr., and Justin Weaks, who bring to life the different people orbiting around Marcus, while Christopher Livingston portrays the title role. With the camerawork resembling a Zoom call, the show is sure to feel relevant to today’s heavy lean into the virtual environment

In i need space’s premiere episode “Boundaries”, we see Marcus and Richard (Leiba), front and center in a split-screen format, shirtless and engaging in a video sex call. Marcus and his lover on the other end of the screen engage in passionate banter that’s immediately paused when Marcus finds his own boundaries overstepped. Quickly recentering, they’re back on until they reach their own finale. But things aren’t all what they seem, when we find out that Marcus is engaged. Needless to say, there’s still more left for viewers to learn about Marcus’ connections and the impact of his actions.

When COVID ransacked our world, we all felt a huge shift and with populations concerned for their safety, people all over the globe ended up isolating themselves. This level of solitude is reflected within i need space’s use of video calls, but felt even more so through Marcus’ need for connection. Being away from everyone he cares about seems to drive him closer to someone who fulfills his desires for the moment.

If the first episode is any indicator, this web series will be frank, open, and raw. The sex scene alone comes out of the door swinging: beyond providing a bit of shock value to the screen, it also shows a level of intimacy and consenting, sexual exploration between two men of color that rarely gets to be displayed. A purposeful choice by Love, no doubt.

Aside from the sexuality displayed, this scene is also an indicator of how human nature works. To be in community with others is only human, and this show takes a deep dive into human connection, wants, and needs that many of us struggle with – especially during the pandemic.

Beyond providing a bit of shock value to the screen, the first episode’s sex scene shows a level of intimacy and consenting, sexual exploration between two men of color that rarely gets displayed.

The short episodes give the audience quick snippets that could be drawn out in a 30 minute to hour fashion, but may not have the same impact as they do in their current, miniaturized format. Due to the format of the show, audience members feel like they’re just another participant on this video call – a fly on the virtual wall.

Equally impactful is the way Love has centered Black queer experiences: This should not come as a surprise, being that Love centralizes his work around Black queer narratives. Still, having these narratives play out in a show specifically about the Black queer millennial experience makes it relatable, while highlighting perspectives, trials, and tribulations that many experience, but few witness on-screen.

Based on the first episode, it feels like this show exists at the intersection of navigating loneliness while struggling to maintain some sense of normalcy within life. Watching the events unfold in assorted video calls will surely bring viewers back to a not-so-distant past where video calls were the only things we could use to recreate intimacy and connection with family, friends, partners, and lovers. And while many are expanding their levels of safety to include human connection in person again, it doesn’t hurt to have this show serve as a reminder of the necessities of human interaction.