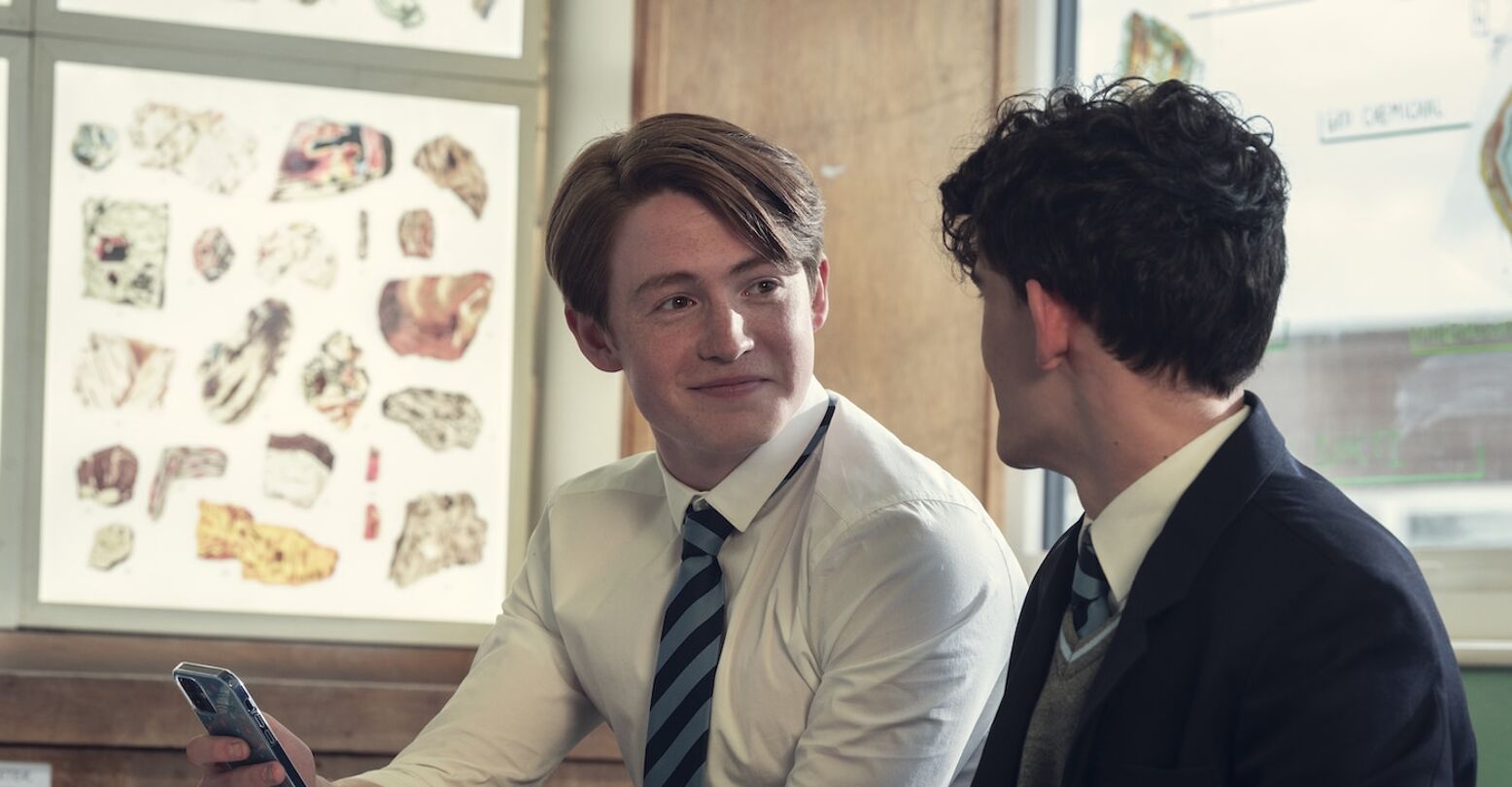 The show was adapted from Alice Oseman’s beloved webcomic of the same name. Patrick Walters, executive producer of See-Saw films, fell in love with the story back in 2019 and quickly started the process of adapting it for television.

“I was just full of excitement and thought it was such a commissionable show — it was so joyful and happy and I thought Netflix would be the perfect home for it because they appeal to that younger audience on a global scale,” Walters told PinkNews.

But the pandemic delayed production of Heartstopper by nearly a year. Now, it’s finally here, and Walters hopes it can speak to young queer audiences — something he never had in his childhood.

“I think it’s so vital that we reflect the young generation back to themselves in an authentic way,” Walters said. “The fanbase for the Heartstopper comic is great young people who love the story because it resonates with them.”

“All the way through the process, I felt like, I never had a show like that when I was growing up,” he continued. “And the idea that you can have 15-, 16-, 17-year-old characters talking openly about their sexuality and going on voyages of self-discovery, it wasn’t like that when I was in school – that wasn’t so long ago. You didn’t say gay, there was no environment to come out. So it just feels so timely and also so overdue, and I think the younger generation is really going to take it to heart, but hopefully for the older generation who didn’t have a show like that, they will respond to it and sort of celebrate the changes that have happened.”

In addition to leading actors Locke and Connor, Heartstopper features Olivia Colman, William Gao and Yasmin Finney. Unlike many shows in the teen romance genre, Heartstopper’s teen characters are actually played by teens.

“I hope that these characters are really beloved and that people see themselves in the ensemble of young characters that we’ve got in the show. I feel like there’s a character for everyone,” Walters said. “I think the best shows are the ones where you just fall for the characters and you still remember them years into the future after you’ve watched it.”

Heartstopper is now streaming on Netflix.