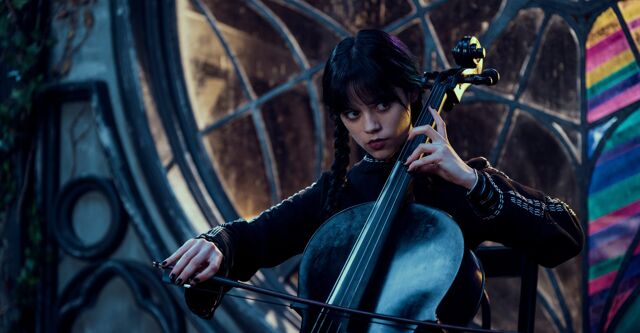 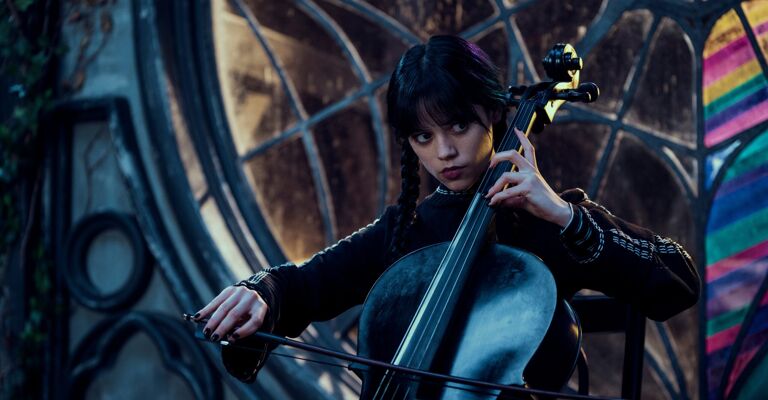 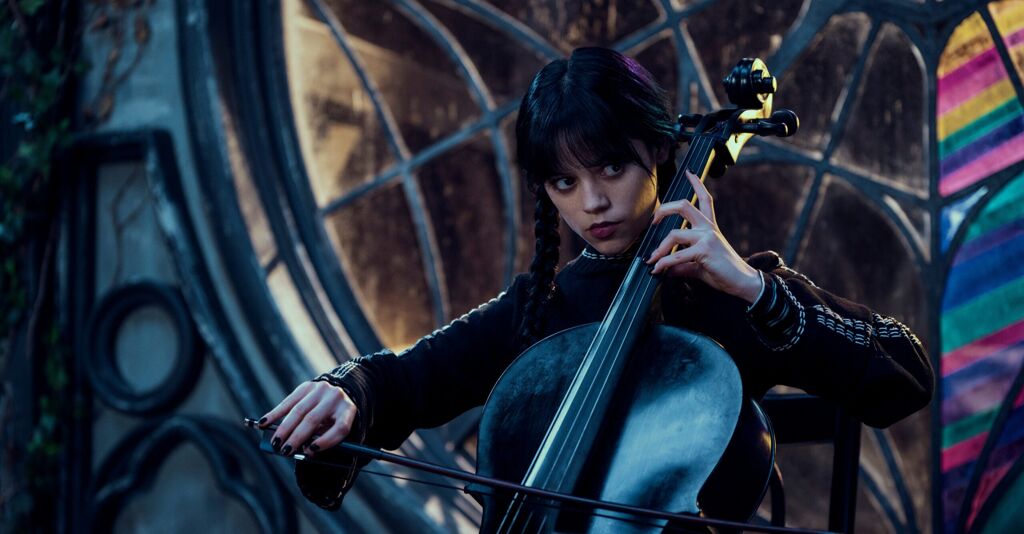 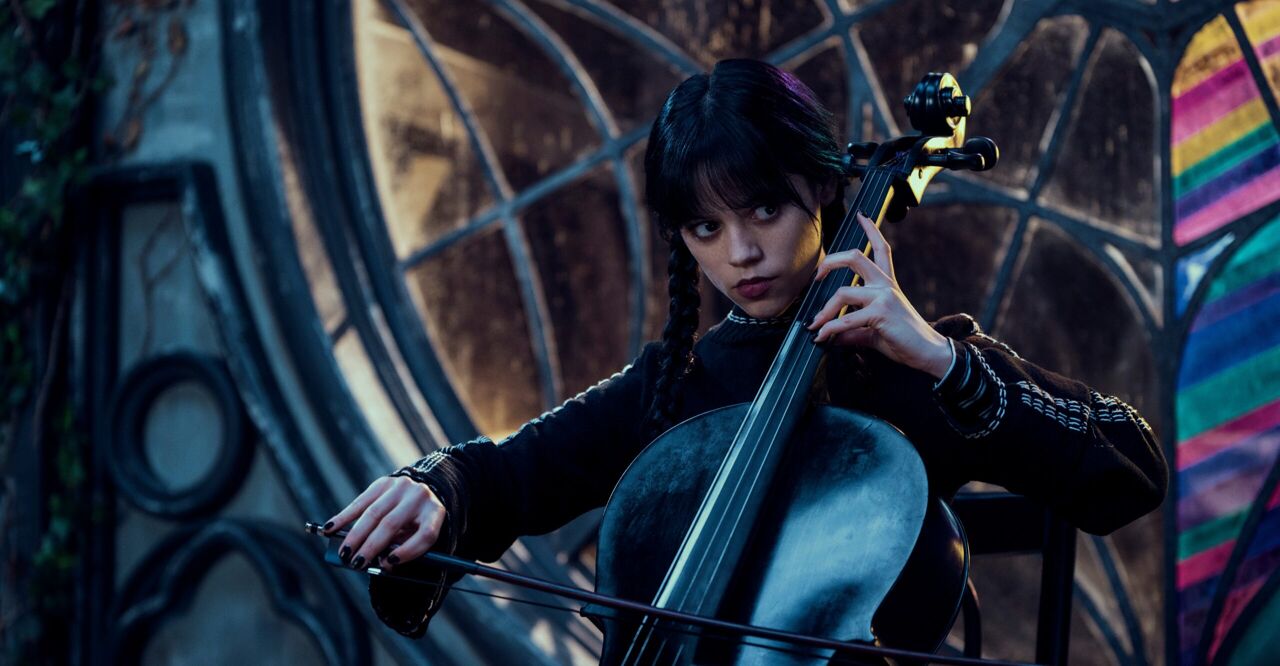 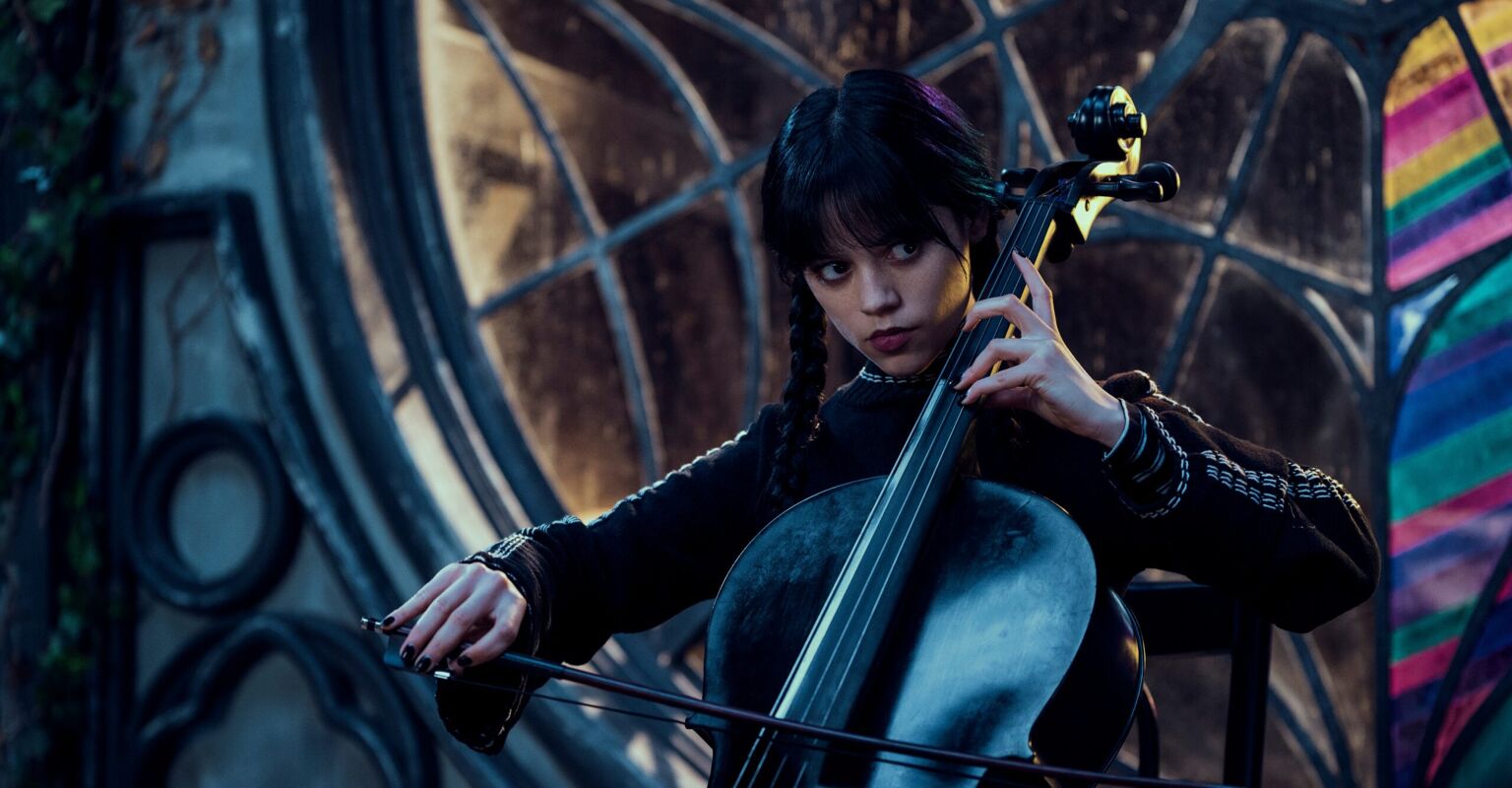 While each episode includes “woe” in its title, it definitely isn’t a word that can be used to describe this series. Instead, try morbid, campy, and most certainly, entertaining. This Tim Burton-produced creation is the brainchild of filmmakers Alfred Gough and Miles Millar, both of Smallville and The Shannara Chronicles fame. Those creative powers collide in this latest Netflix creation with titular character being brought to life by the acting talents of Jenna Ortega.

Wednesday Addams is just your average, everyday teenager who loves the extraordinarily morbid, dark, and morose. Fitting in at high school has never been Wednesday’s vibe. But when she’s kicked out of her high school for seeking revenge against her brother Pugsley’s bullies, she transfers to her Nevermore Academy where she’s more like her fellow classmates than ever before. At her parents’ alma mater, Wednesday has to adapt to her new environment, while balancing solving a decades-long murder mystery involving her parents and protecting her fellow classmates from a monstrous menace.

Ortega is in every sense of the word a “scream queen”. So it shouldn’t come as a surprise that she would effectively body this role. Her deadpan humor is miles away from the light-hearted characters Ortega tends to play, but the challenge was accepted and executed beautifully in her portrayal of the Addams family’s eldest child. Additionally, Christie and Armisen deliver scene-stealing roles as Nevermore Academy principal Larissa Weems and Uncle Fester respectively.

While the acting from some of the supporting characters walks the fine line of being cast within a CW property rather than a Netflix show, Wednesday is ultimately saved by its unique setting, nostalgia, intricate character relationships, and Ortega’s acting. It’s easy to compare Wednesday to other dark teenage dramedies like Riverdale or Chilling Adventures of Sabrina where there are dark forces, contentious parental-child relationships, and teenage drama all around. Still, Tim Burton’s dark and whimsical imprint separates this show from its contemporaries.

The dark and zany series is visually appealing. Victorian and gothic elements are superimposed on a cookie-cutter, suburban background serving as a wonderful element to the series. With Nevermore Academy scenes, it’s easy to get lost within the show. Additionally, the costuming, specifically the titular character’s, is to die for and blends Gen Z styles with The Addams Family flair.

Teenage dramas are leaving the millennial generation and becoming more and more Gen Z focused. To witness a Wednesday Addams, a character who has been brought to the screen for various generations, encompassing a Gen Z vibe with the rest of her peers is a refreshing spark within the series. And while the show isn’t trying to be like the original series, nor the 1991 movie, you can feel the nostalgia from both within Wednesday, as it traverses down its own path. While the show the travels down this path slowly in the first few episodes, it quickly finds its stride from here on out

Wednesday focuses on being an outsider and reclaiming it as a means of consistently being who you are, even when subjected to societal pressure not to be. Many viewers, younger and older, will be able to relate to that. Also, with a more racially diverse cast than its predecessors, including having the lead being a Brown Latina, as opposed to having Castilian roots, adds an element to the story of Wednesday Addams that isn’t present within other Addams Family properties.

But it’s not just Addams family members that don’t have to be white, sirens, vampires, and werewolves get to be Brown and Black as well. This is a far cry from only having Raúl Juliá as that live-action representation within the The Addams Family universe. Also, these same beings also don’t have to be straight. While we have a queer couple who are parents to one of Nevermore Academy’s brightest, we don’t have any prominent queer storylines in this season.

While queer storylines aren’t featured as heavily within season one of this series, the notion of being an outsider, the queer icon status of the character Morticia Addams, and the queer 90s nostalgia brought to the screen by actress Christina Ricci (who portrayed Wednesday in the 1991 The Addams Family film) still resonates with queer people. If season two is around the corner, we’ll keep our fingers crossed for LGBTQ+ storylines.

Still, Wednesday is as entertaining as its The Addams Family franchise predecessors. With Ortega leading the cast and revitalizing a character from one of TV’s most famous families, Wednesday is in good hands. We can give two snaps to that.