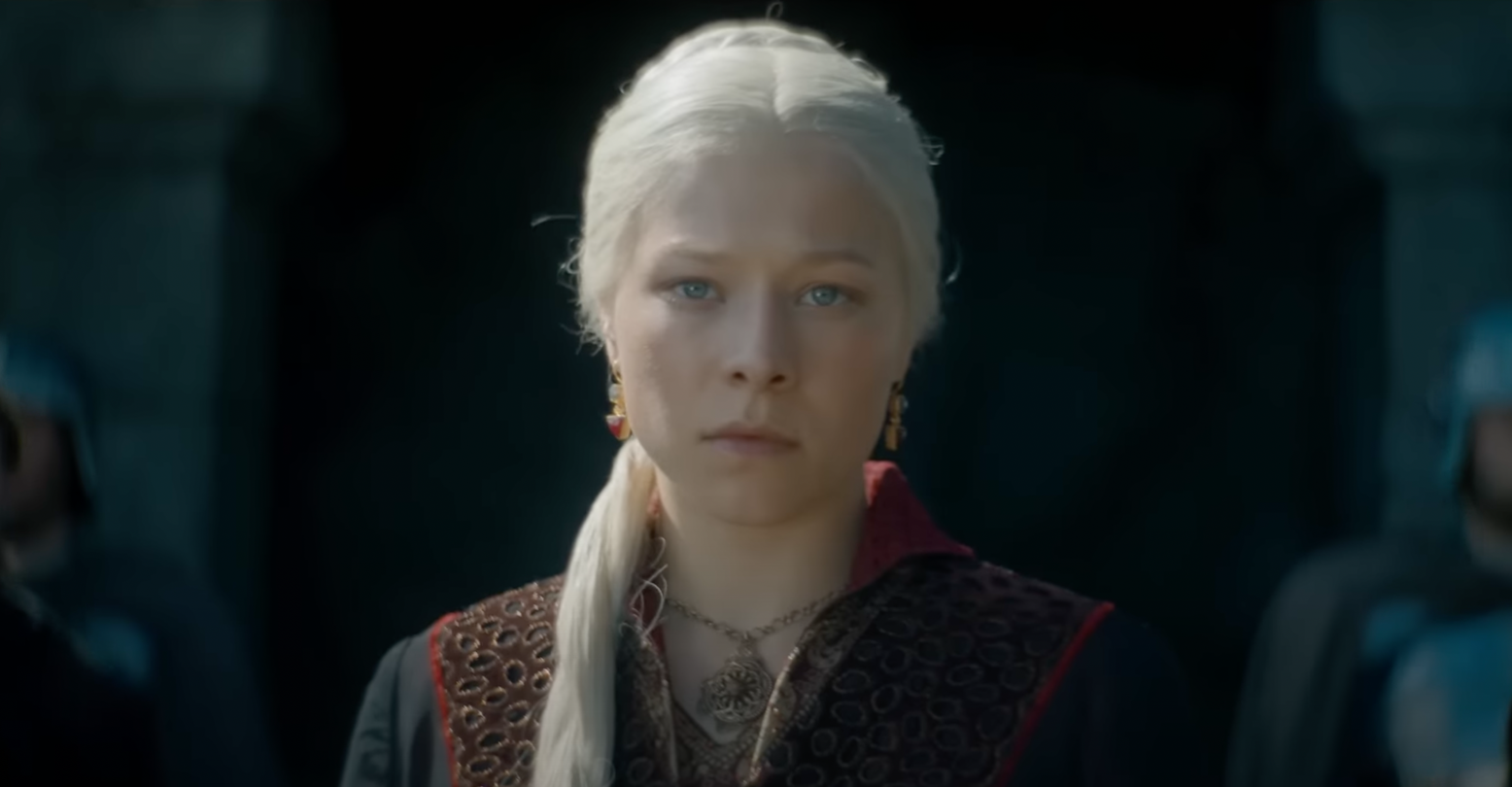 In fantasy and in fiction, anything can happen. Monsters can roam freely, magic can fill there, and a nonbinary actor can play a badass heir to House Targaryen.

With the recent release of HBO’s House of the Dragon trailer, the prequel to the critically-acclaimed series, Game of Thrones, marks the return of powerful families, tons of ambition, and, of course, dragons. But it also marks the largest role to date for nonbinary actor Emma D’Arcy (they/them), who portrays lead character Rhaenyra Targaryen.

In House of the Dragon D’Arcy plays the character Rhaenyra, daughter of King Viserys Targaryen, who expects to become queen regent of the Seven Kingdoms. But the land of Westeros is a patriarchal society that threatens to prevent Rhaenyra’s goals from coming to fruition. That and the hungry ambition of family, friend, and foe alike seeking to sit upon the Iron Throne.

For D’Arcy, they related to their character’s struggle with gender expectations placed upon them.

“Rhaenyra has an ongoing battle with what it means to be a woman and is a fundamental outsider. She’s terrified of getting locked into motherhood and is aware of how her position would be different if she were male”, they stated for The Hollywood Reporter.

“I’m a nonbinary person. I’ve always found myself both pulled and repelled by masculine and feminine identity and I think that plays out truthfully here. She can’t attend court in a way that comes easily to other people.”

House of the Dragon is sure to reignite more fervor for HBO’s worldwide sensation. And what’s great about this prequel is seeing a nonbinary actor take center stage in such a well-known franchise.

So, the internet has noticed D’Arcy’s ascent and are nothing, but excited to see them take on the role of the talented dragonrider and Targaryen heir.

Emma D’Arcy as Rhaenyra Targaryen, they are serving!! #HouseoftheDragon pic.twitter.com/4UQbTl835j

Before the show kicks off please remember that Emma D'Arcy is a non-binary actor who goes by they/them pronouns! I’m beyond excited to have them as our newest Targaryen Queen 🥺 #HouseOfTheDragon pic.twitter.com/JFJqaUDHy2

the beauty of emma d'arcy as rhaenyra targaryen pic.twitter.com/NChMTjX98b

Emma D'arcy is the Rhaenyra Targaryen we deserved. #Rhaenyra pic.twitter.com/jM71V727Lg

I wasn’t really planning on doing much writing about House of the Dragon but watching Emma D’Arcy talking about exploring gender questions with Rhaenyra might have gotten me rethinking that… https://t.co/gQHPriAYBs