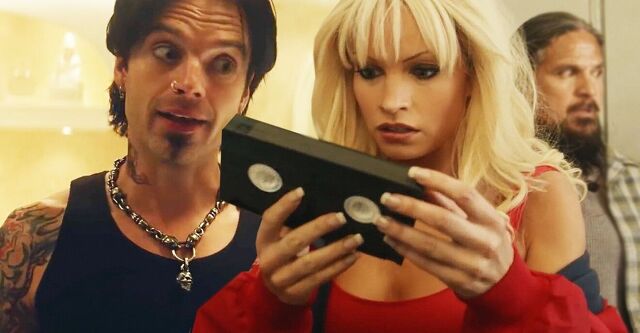 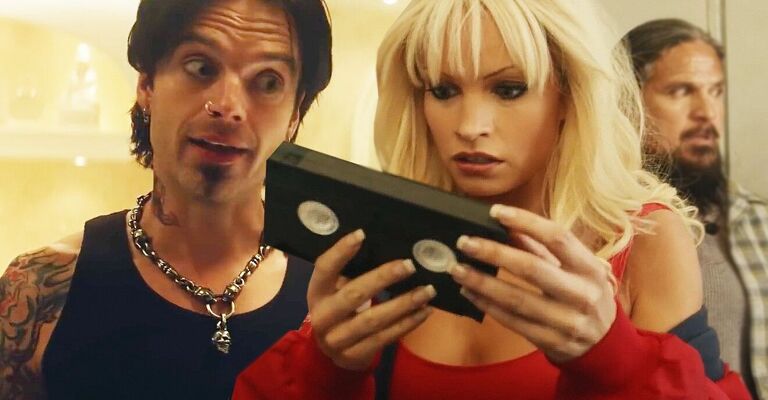 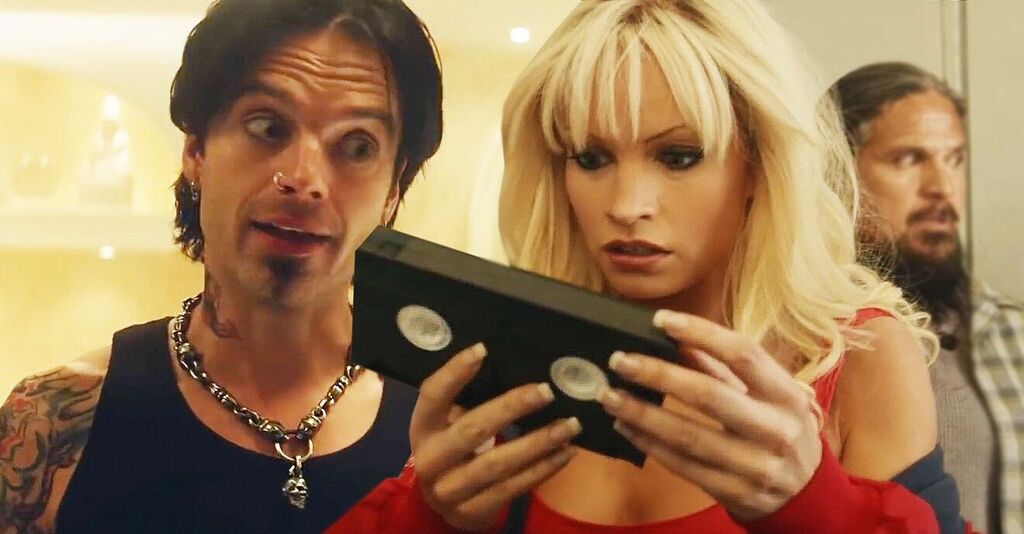 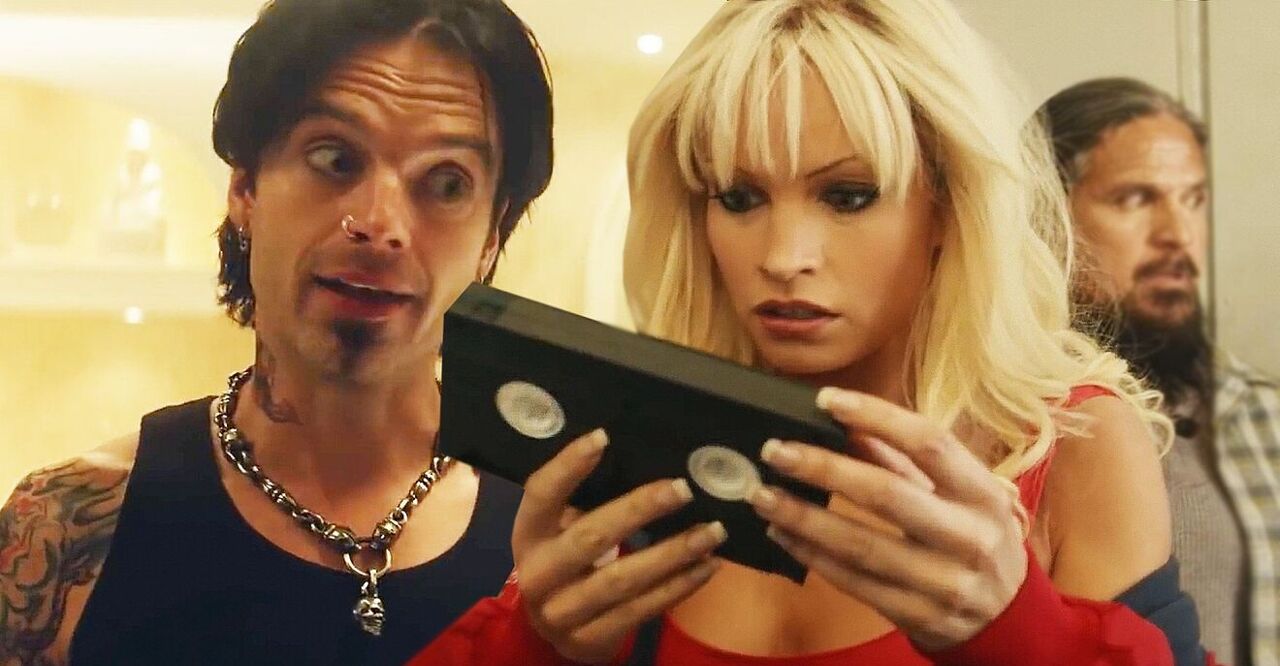 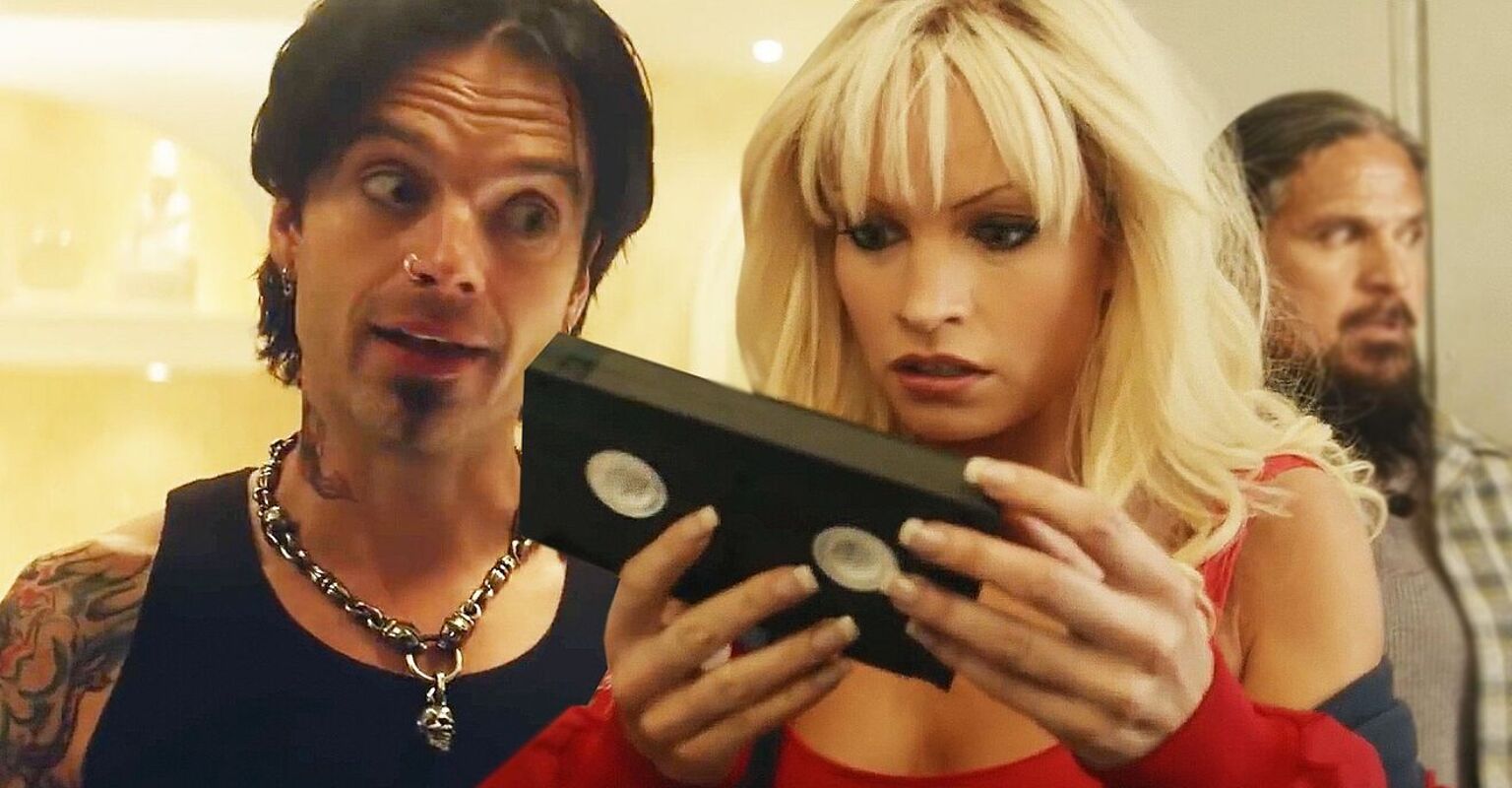 Do you ever start watching a show about two straight, cis people in love and start thinking, “there’s something gay about this, I just know it.”

If you’re me, this happens a lot, because I refuse to accept the premise of a world in which certain things are straight and other things are gay. It’s 2022, the world is on fire, and everything is gay, bitch! Don’t dream it, be it!

But I digress. The point is, there are elements of straight culture that are simply, undeniably gay and trans. And the story of Pamela Anderson and Tommy Lee’s whirlwind courtship—sadly defined by a stolen sex tape illegally released onto the early web—is one of those things, especially as Hulu’s new series “Pam and Tommy” chooses to see it.

In the first few episodes of the series, we meet a “Baywatch” era Pamela (played brilliantly by Lily James) ready to launch into a movie career and leave her red speedo behind for good. While poised on the precipice of mainstream fame via the release of 1996’s Barb Wire, Pam meets the irascible Tommy Lee (a hilarious Sebastian Stan), legendary drummer of Mötley Crüe and on a steep decline from relevance. The two meet, become obsessed with each other, and get married, filming a homemade sex tape that will later fall into the hands of pissed-off contractor Rand Gauthier (Seth Rogen, with mullet) and find its way onto the World Wide Web.

But let’s talk about the courtship for a wee moment: because that’s really what we’re here to see. After Tommy Lee (creepily) follows Pamela to Mexico despite her protestations, the two fall in love quickly before really getting to know each other, as evidenced in some of the more hilariously straight scenes between them. For instance: the body reveal scene, in which Pamela removes her top, spurring Tommy Lee to ask: “would you like to meet him?” He’s talking about his penis.

Let’s be quite clear: This show is a lot about Tommy Lee’s penis. There is even something of a running dialogue between Tommy Lee and said penis featuring the vocal stylings of Jason Mantzoukas asking Tommy Lee if he wouldn’t rather date Jenny McCarthy or Denise Richards. The penis is understandably upset when Tommy Lee confesses his love for Pam after their first night together, and tries its best to talk him out of it. But to no avail: we all know what happens next.

Now you might be thinking to yourself, “hm, a straight guy talking to his CGI penis? Sounds pretty straight.” But that’s where you’re wrong. It’s actually incredibly gay. Everything about the theatrically binary gender presentation of Tommy and Pam is camp, from the total gender divide on display in their favorite movies (she likes Pretty Woman, he likes Child’s Play) to the fact that they end up singing along to the musical The King and I as sexual foreplay. The show is brilliant precisely because it doesn’t go for realism: rather than attempting to know who these people really are (an impossible task) the show leans into the collective memory we have of the couple as pop icons. They stood for something, and that thing was horny, heterosexual decadence. By watching their 20th-century fairytale courtship come into focus, we see that the two don’t really ever get to know each other that well before falling in love, and that’s not actually a problem. They know who they are as symbols, and what they mean together, and that’s a different kind of genuine connection that we don’t get to see onscreen that often.

Of course it’s destined to fall apart, and that makes it all the more bittersweet. Like Divine and Tab Hunter in Polyester, this storybook romance was always too good to be true. The release of the sex tape right as Pamela was trying to break out of the bombshell trap underscores how doomed she already was in the eyes of a culture that was never able to see her as the talent that she was and is. Though hopefully with the release of this show, that will change. With the news of Pam coming to Broadway to star as the iconic Roxie Hart in “Chicago,” we may be due for a well-deserved Pamissance. But that doesn’t make up for the trauma and tragedy of what happened in the 90s, when a young woman’s promising career was dashed on the rocks due to slut-shaming, stolen property, and the biting misogyny of the celebrity news cycle.