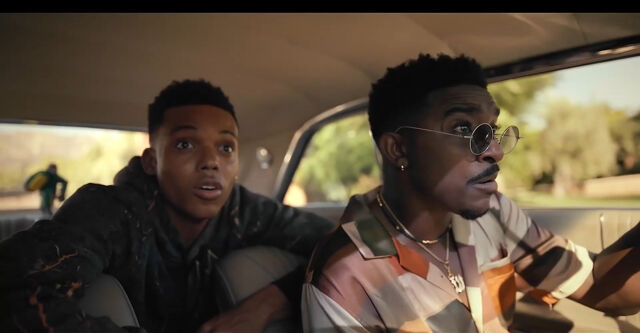 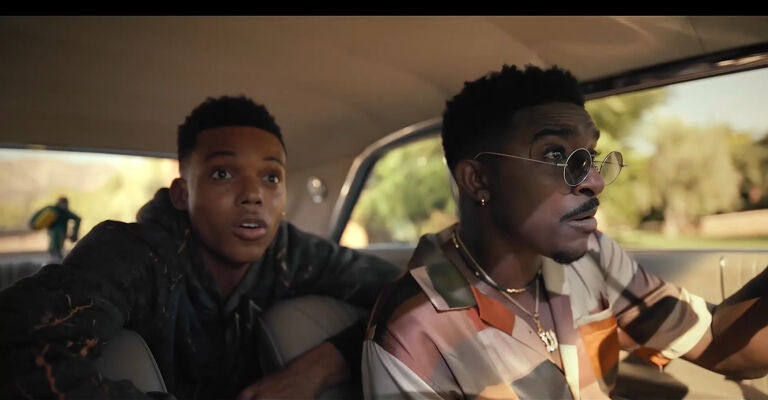 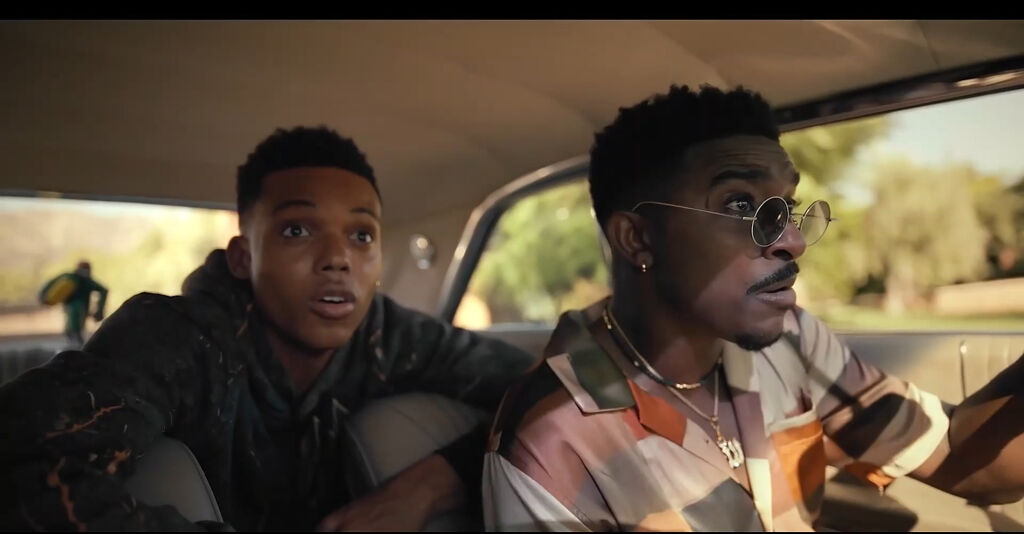 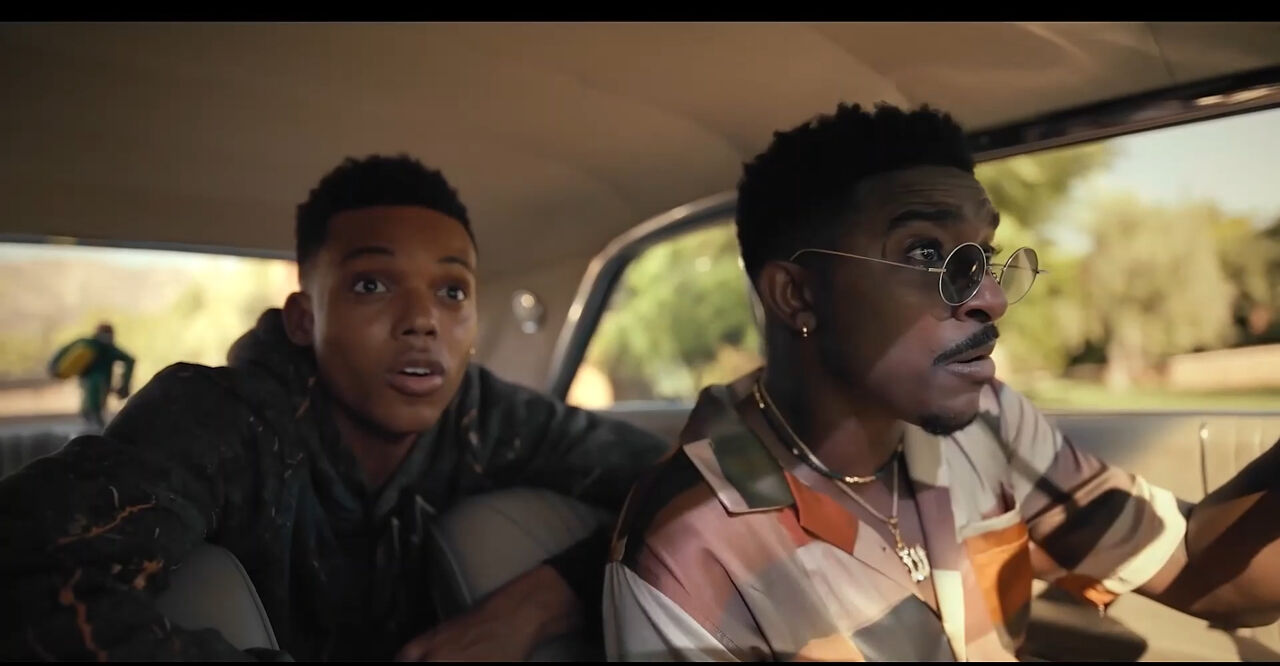 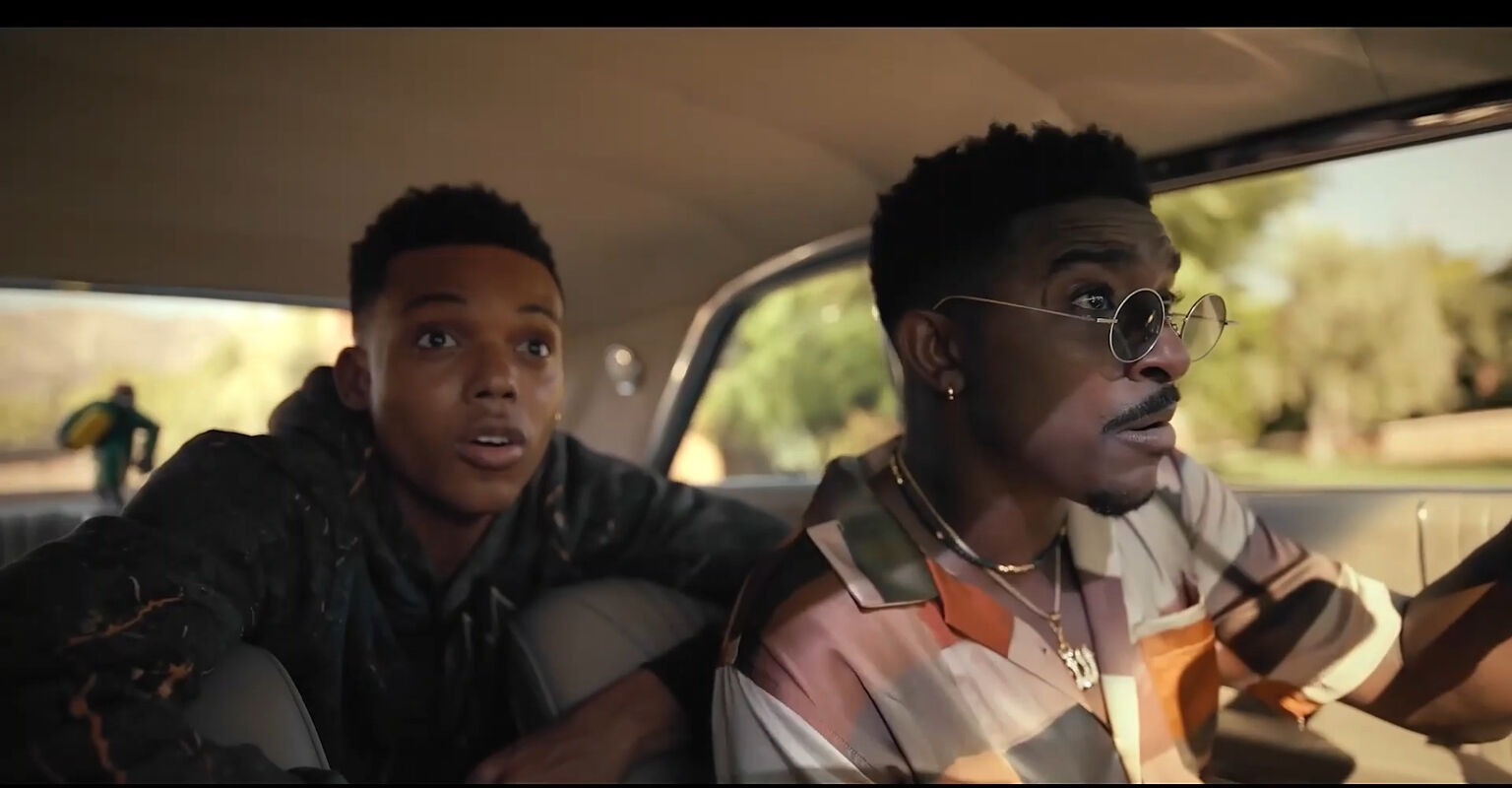 Bel-Air is the latest remake to make it to television. What started as a mock trailer by Morgan Cooper went viral and quickly turned into a Peacock original. One member of the team that brought this reimagining of The Fresh Prince of Bel-Air to life was Rasheed Newson, who has worked on numerous shows, including Lie to Me, The Chi, and Narcos. Additionally, his debut novel My Government Means to Kill Me comes out in August of this year to tell a “queer coming-of-age story, following the personal and political awakening of a young gay Black man in 1980s NYC”.

INTO spoke with Newson on what it’s like to be a Black, queer creative in the entertainment industry, his new show Bel-Air, his new book, and what’s next for the talented creative.

You’re a producer, screenwriter, showrunner, and author. How did you get your start in the industry?

I got my start in the industry 20 years ago working in production. I was the showrunner’s assistant on the Bernie Mac Show. That’s the job I got fired from, but it was still a great experience. Now, I love telling the story. Now, my boss told me, on a scale of one to ten, I was a nine, but he really needed a ten. That’s how he let me go. It’s fun. And it’s also pretty ridiculous. You have to have a good sense of humor about it. So, I bounced around a long time before I finally got my first writing job with my writing partner, T.J. Brady, which was in 2008.

How do you balance all that you do, while working within this industry?

Well, one of the great things I’ve got going for me is I have a writing partner. So, T.J. and I have worked together on every show since we started out in the business, and so it doesn’t all fall on me. There’s another person to bounce ideas off of. There’s another person to vent to. So, that helps a lot. I really love what we do. But I also realize that we are playing make-believe with millions of dollars. So, I just kind of keep that perspective.

You’re a soon-to-be published author. What was the impetus behind your book My Government Means to Kill Me?

My Government Means to Kill Me comes out in August from Flatiron. I’m terribly proud of this book. I wrote it because the idea has been kicking around in my head. I love history and fiction, and this is a way to sort of meld the two. I think probably every Black person has wondered, “What would I do during the Civil Rights Movement? What kind of person would I have been? Would I’ve been on the front lines? Would I have marched?” I applied that to being Black and gay and thought about the height of the AIDS epidemic, the creation of Act Up, and just sort of imagining what it would have been like to be in New York City during that time period.

“I really love what we do. But I also realize that we are playing make-believe with millions of dollars. So, I just kind of keep that perspective.”

Besides your new book, have you found any other avenues and outlets where you get to marry both your Black identity and your queer identity into one?

I think it’s happening even on this show on Bel-Air. Of course, it’s an African American family, and we have people on the canvas who are LGBTQ+. And so that’s been exciting. I call it “the Lil Nas X effect”. As recently as three or four years ago, it would have been very hard to do the stories we’re doing this season. But suddenly, Lil Nas X hit the scene and we’re celebrating [being queer] now. I’ve been waiting. I’m so glad that day has come. It’s a lot easier now than it would have been at the beginning of my career, which makes me sound like I’m ancient. But even 15 years ago, proposing some of the stories we’re playing, I just don’t think they would have gotten to screen now.

How have you been able to navigate finding power at the intersections of being a Black queer creative?

You grow into it, right? I’ve been in rooms where I was the only person of color. I’ve been in writing rooms where I was the only openly gay person there. I find it trickier because you’re taking on the responsibility of speaking for everyone, which is just sort of impossible and ridiculous. [Working on Bel-Air] has been a lot easier because in these conversations I didn’t feel like I had to explain myself as much. I felt I could just say, “This is what we’re doing”.

What advice would you give to other Black queer creatives who are looking to follow within your footsteps?

I mean, it helps if you really love doing the thing, which is [writing]. I love bringing stories into a room. I love going over a script. I love the work, which is good because you have very little control over the results. You really have to just love doing it. I would say if you are Black and queer, boy, there’s never been a better time. The world is more open to what we have to give than it has ever been. It still has a long way to go, but the progress is real and the opportunities are there for the taking.

How did you get attached to working on Bel-Air?

T.J. and I were approached to join the show. And it was a “no brainer”. Morgan Cooper’s video is great and wonderful, and he is a super fan. He’s an encyclopedia of The Fresh Prince of Bel-Air knowledge. But he’s also 28, so he wasn’t even alive when the show aired. And so it was just funny to be like, “No, I watched this”. This was not a rerun for me. But what has been great is taking that trailer and saying, “Okay, how do we apply that sort of thinking and vision to every character on the board?” It’s probably the most satisfying thing I’ve worked on in television.

What are some of your favorite parts of working on Bel-Air?

The other thing I’m really proud of on this show, when you see the Banks house, they have an extensive and beautiful art collection, and it comes from African American and African artists. Morgan Cooper and I and the Art Department went through books and found artists, and we paid them for digital copies so that we could put it on the wall. It was really important to us that when you walked into this house, you didn’t just go, “Oh, this is a mansion, and there’s a rich family here”. You knew it was a rich, Black family that lived here and that they are rooted in their culture and the art does that.

What do you think will get fans most excited for Bel-Air?

I think the family dynamics, I think seeing these characters that you, on some level, already know and love be reinterpreted and reimagined is just fun and I think it makes them more relatable. Our hope is that as you watch, Twitter and every other app is just blowing up with people going back and forth with “Did you just see that?”.

I love it. You know, Black Twitter is a force to be reckoned with, so discussions will be had.

Yeah, and we’re ready. I mean when people talk about all of the work we did and why we put so much into it, it’s because we don’t want to be read for filth on Black Twitter, we have to come correct. Otherwise, we’re going to pay. So, it is both love and fear that made the show so good.♦