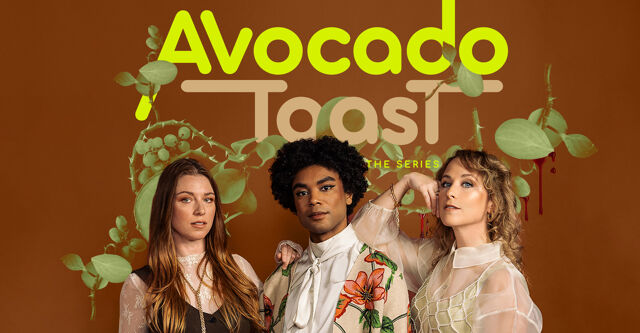 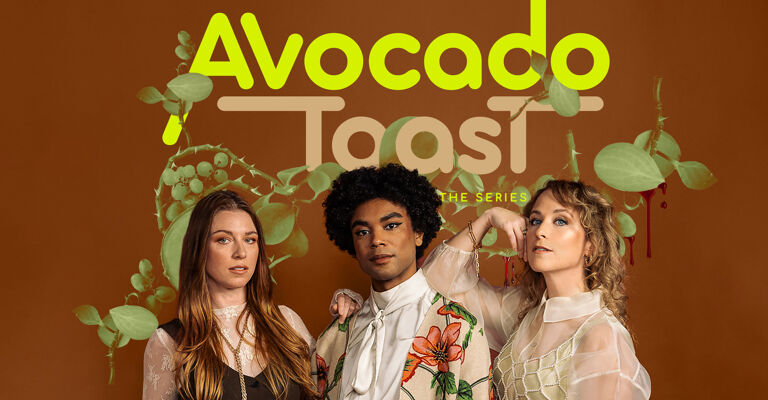 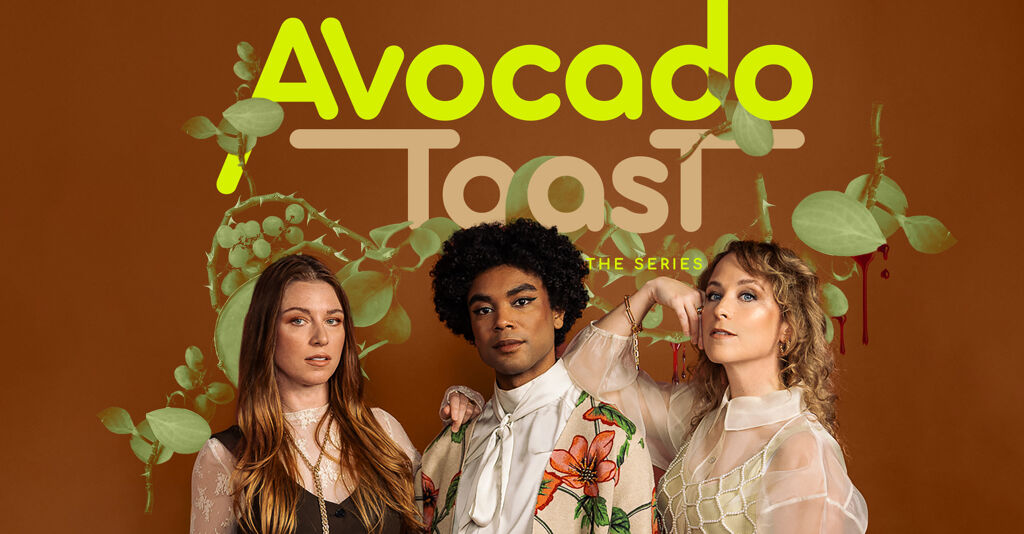 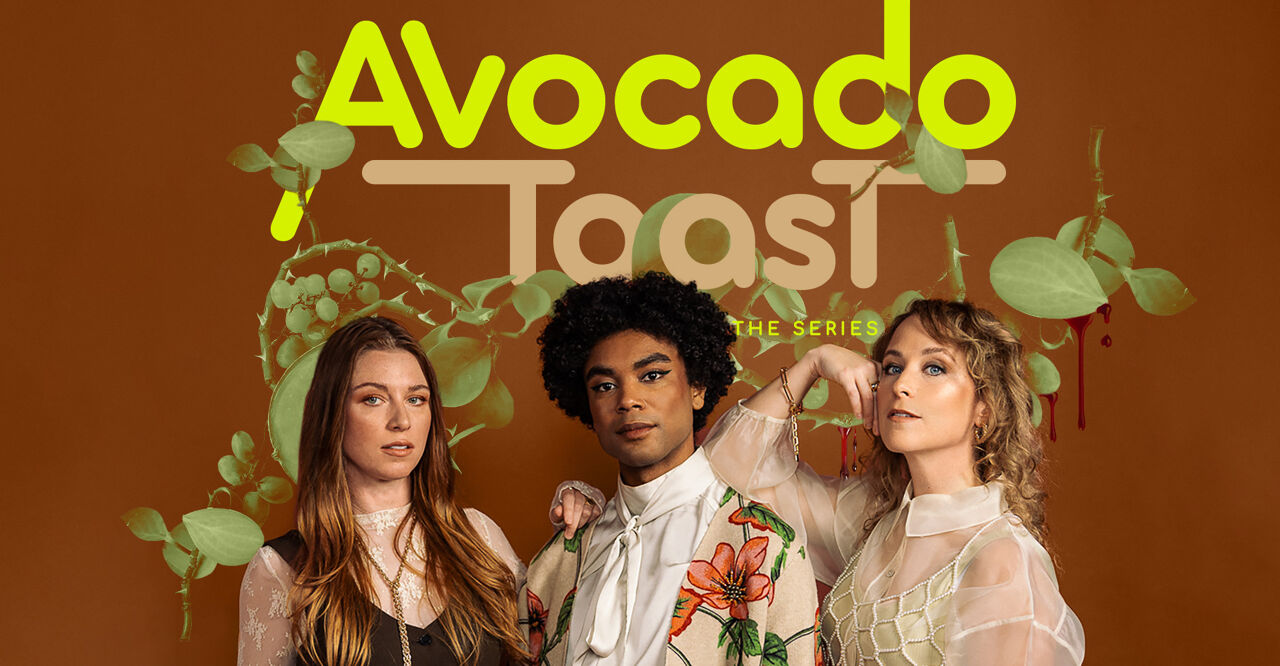 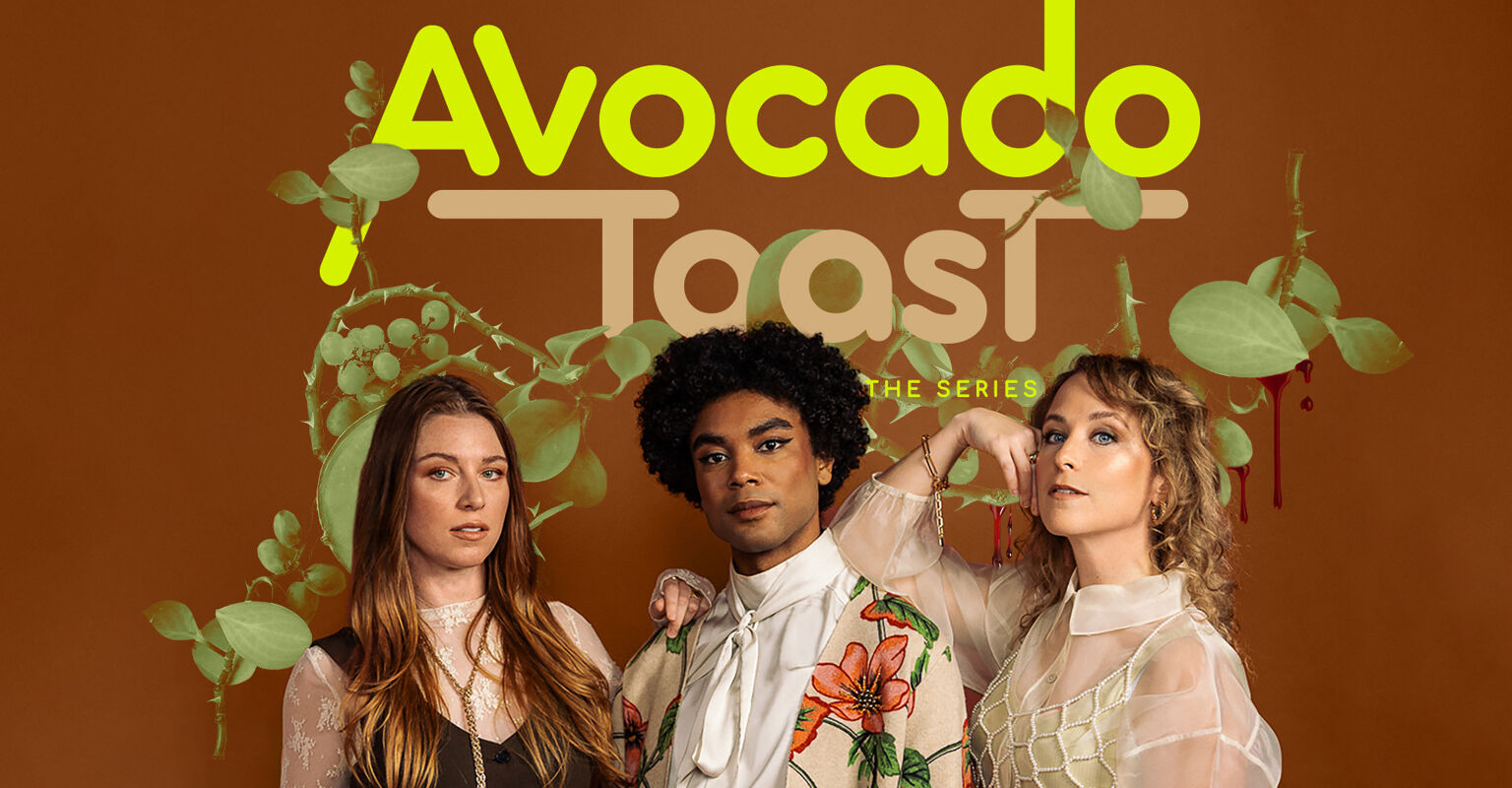 Being in your early 20s is hard, but you know what’s harder? Being in your late 20s to early 30s. “Avocado Toast: The Series,” which just finished up its third and final season, is a show that’s well aware of this. For three years, viewers have been following the struggles of Molly, Elle, Jordan, and their friends as they navigate the struggles that come with aging out of the “it’s still cute to be a mess” phase of your twenties. And did we mention it’s queer as f*ck? Because it is.

INTO spoke with the show’s co-creators, Perrie Voss and Heidi Lynch and Alexander Nunez whose hilarious turn as Jordan, a flamboyant, no-bullsh*t entrepreneur trying to save his friend from a cult provides much of the hilarity of Season 3.

INTO: The new season starts with Molly and Jordan trying to save Elle from a cult. So I wanted to start by asking y’all if you’ve had any personal run-ins with cults.

PERRIE VOSS: There are a few reasons that I’m interested in cults, but I was looking at it from a point of view of getting sucked into the wellness cycle that you just can’t get out of. I had a friend who just would kept going to like retreats and doing all these treatments. And she was like, “I’m healing, I’m healing” and I’m like, “but it’s been five years and you don’t have a job and you’re living with your mom.” It was kind of comical. I think these people have so much power over people by claiming that they have this magical solution. I’m just kind of obsessed with how we put people on those pedestals. I think it’s wild. And I’ve gone down a rabbit hole of like, you know, needing to like hold crystals. I’m recovered, but there’s aspects of it that I think are incredible. Like, meditation is amazing. I think it’s just when you get sucked into the addiction of wellness, right?

HEIDI LYNCH: I just got really obsessed with those NXIVM documentaries. We pulled some little references from that. I’ve never rescued anyone from a cult, nor have I joined one, but I did go to theater school, and that’s kind of a cult.

ALEXANDER NUNEZ: This is unrelated to our show in any way, but I did know a person who tried to get me to sell energy drinks. They were so into it. I think it was called Verve or something like that. They had me go to like an Empowerment Seminar that was really just an MLM marketing scheme to get people to sell energy drinks. And the promise was that you would get an Audi at like a certain point but it was branded with the energy drink, the Verve Audi. And I was like, “This is ridiculous.” And she was like, “No, it’s not ridiculous. See, because if you buy 500 of those cases…”

After it all went south, I did tell her “I told you so” for like a year.

I really appreciate the show’s emphasis on endometriosis this season.

HEIDI LYNCH: Yeah, it was really cool to write these three really strong leads and then try to web them all into a world where they can all exist together. The endometriosis stuff is very based on my real experiences with it. A lot of the process of season one was writing about bisexuality before this big boom of celebrities coming out as bisexual and there wasn’t really anyone I could point to, but I found such a great community Instagram. And then the same thing happened with Season Two with endometriosis. Like, even with doctors I was having a hard time getting straight answers. I joined all these groups online and all these other endo warriors would be like “oh, buy these gas pills for after you get your surgery,” like “take this charcoal at this time” and, and just found this community of people who aren’t really represented.

It feels like there’s been a lot more discussion about endometriosis and a lot of marches and some policy changes happening in the UK for sure. We all really felt very proud to be a part of it. Perry and I both have a womb, but Alex has got a mom, and we’ve all got like people who were born with a womb in our lives.

It’s funny, because I’ve been doing research on like, PMDD and it’s similar. You kind of have to go on Reddit to find the community.

HEIDI LYNCH: I was so lucky. I connected with the community and found out that it takes eight years to get diagnosed. I had a horrible experience until I was diagnosed, but my diagnosis experience was so charmed. I had an incredibly skilled doctor. named Dr. Mecca Accardo. He’s the sexiest man in the world. And he was so clear, friendly, brought my wife in to hold my hand while he did my ultrasound.

Thank you @SeoulWebfest for selecting S2 and helping create more representation for our incredible characters.

ALEXANDER NUNEZ: It’s just been very eye-opening to see just how many people in the world struggle with this. I feel like it’s been very emotional, for us as a team, and I’m sure for Heidi.

PERRIE VOSS: I think that’s been the biggest gift is that we’ve been able to create these communities of people or join or find communities that were just, you know, discovering us as we as we go. People reach out just out of the blue and just say, “oh my god, I see that storyline for me.” It’s just amazing what people identify with. And it makes us all feel less alone, which I think is the ultimate goal.

Is there feedback you’ve gotten that’s really stuck with you so far?

HEIDI LYNCH: We’d gotten some feedback from our initial earliest trailer and it was that my character never said the word “bisexual” out loud, and that that hurt the community because they need the word said. Everyone’s different, we all have a different relation to labels and whatever. But I took that on and I was like, “Okay, so I’m gonna say the word because yeah, we need to hear it.”

PERRIE VOSS: I think we’ve really left Season Two on a high note. And I feel so happy with the way the ending turned out. And I love where all the three characters ended. Yeah, it just feels very satisfying across the board.♦