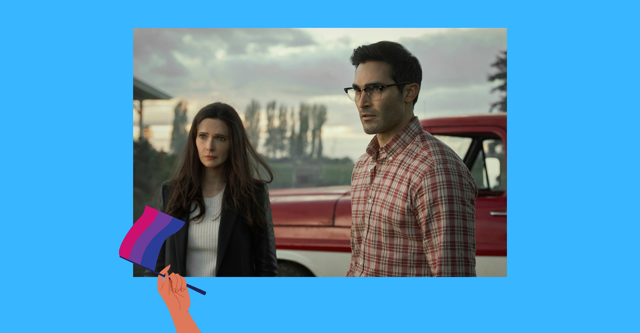 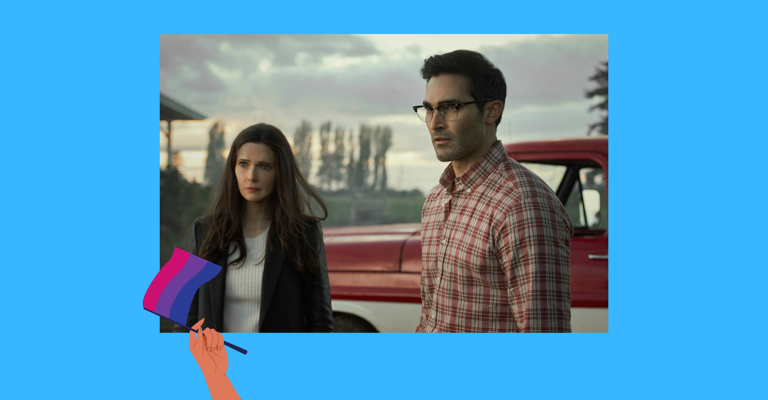 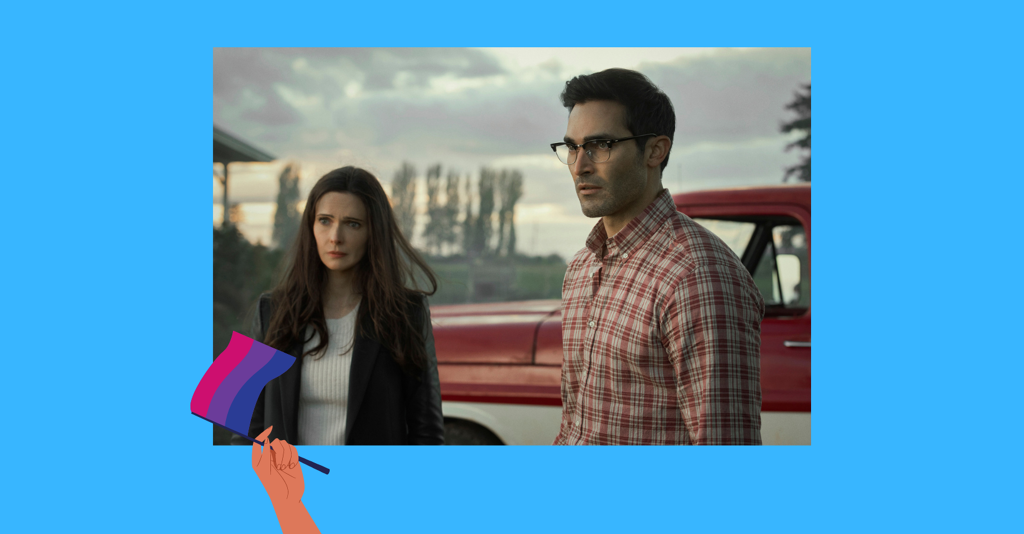 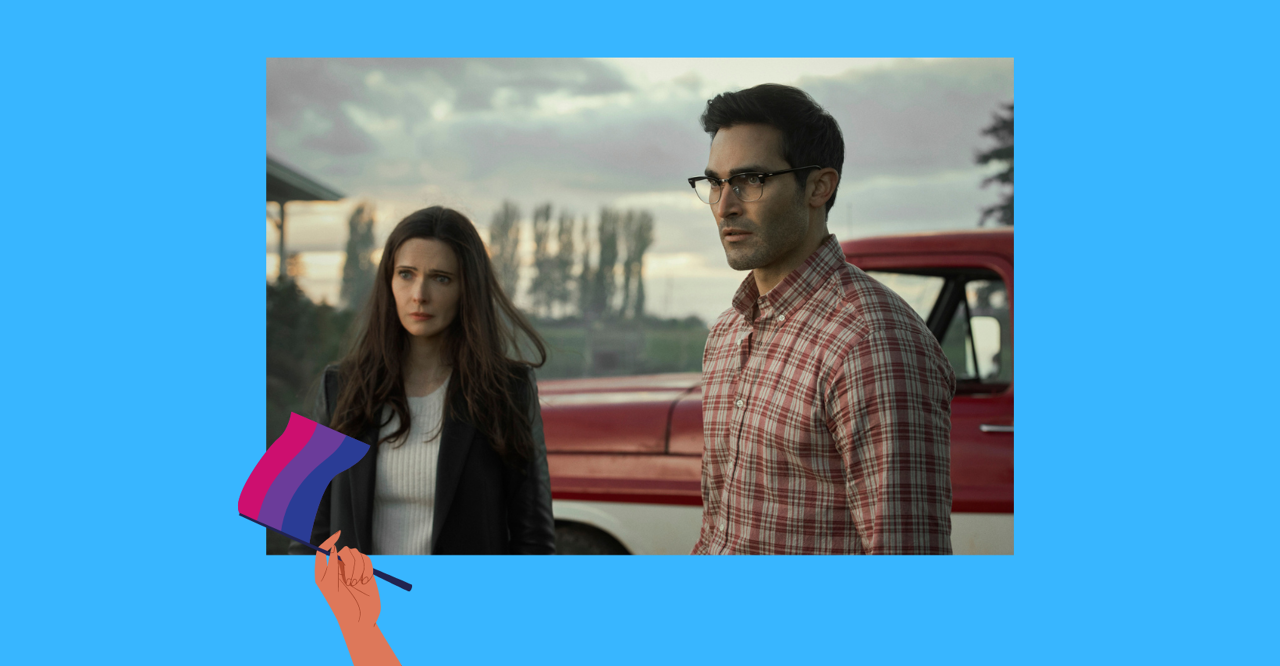 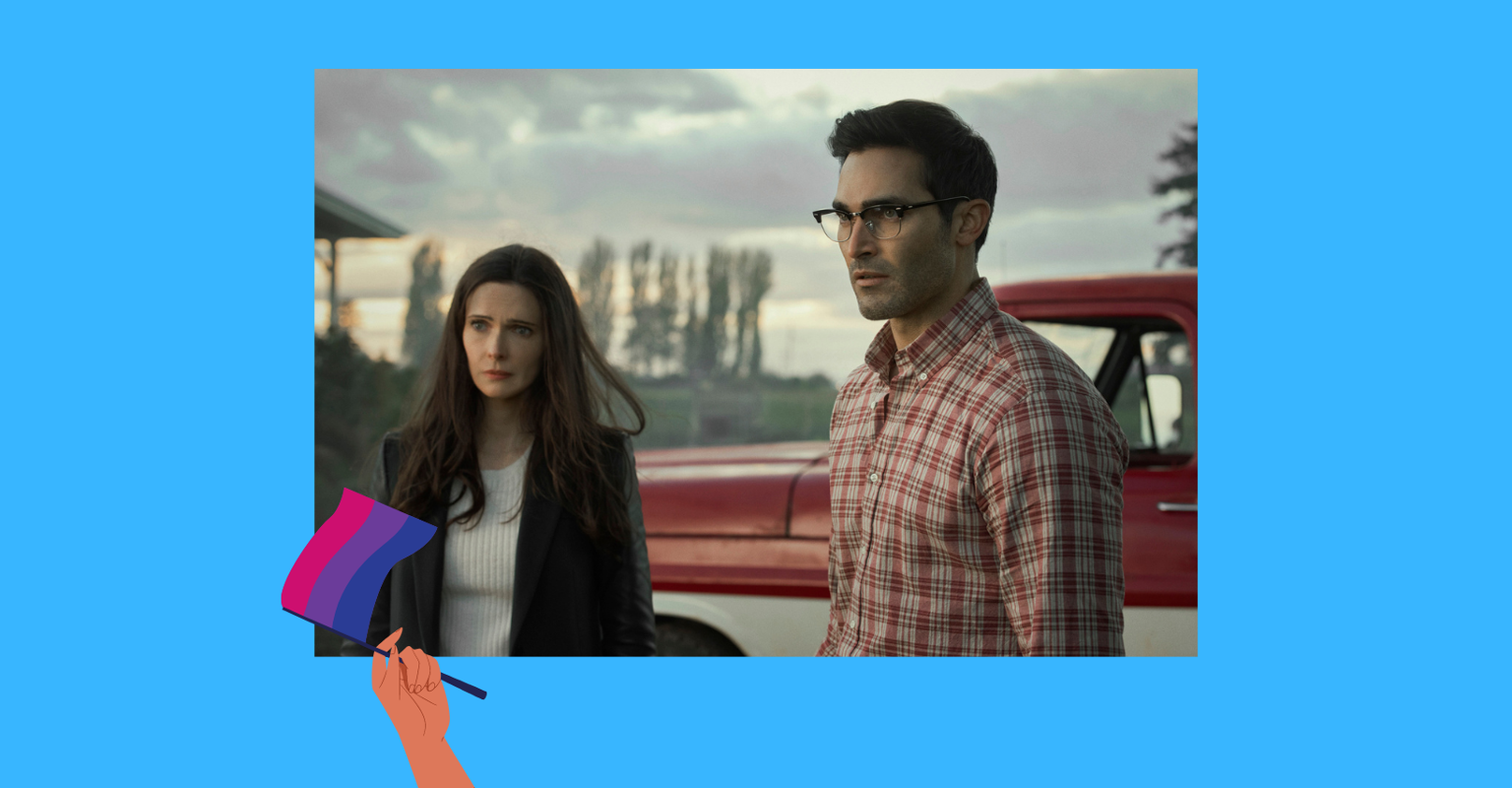 When DC Comics announced (with these gorgeous, gloriously queer covers) that Clark Kent’s son, Jon Kent, would be bisexual in the upcoming comics, queer fans were overjoyed. As this news came in the break between airing season one and filming season two of The CW show Superman & Lois —which focuses heavily on Lois and Clark Kent raising their teenage sons, Jon and Jordan— many of us wondered whether the show would follow in this direction. In response, the actor who plays Jon (Jordan Elsass) told ComicBook that the comic book version of the character and the one we’re watching on TV are two very different entities. “There’s always that possibility, but it’s looking like Jonathan Kent this version is most likely straight.”

Which… was disappointing, but not too surprising; This is how it goes sometimes. Except that in a show that has featured a powerful representation of alcoholism, anxiety, and depression, a miscarriage storyline, and some nuanced takes on a struggling local economy —where the Kents’ oldest friends are a Latinx family, and their closest confidants in all things supernatural are a Black family, it felt like a gaping hole in reality that this somewhat diverse community didn’t even have a token gay in the background.

And then season two began, and Sarah Cushing (Inde Navarette) —the eldest daughter in the aforementioned Latinx family, and Superman’s son Jordan’s (Alex Garfin) girlfriend— came home from summer camp. She was acting suspicious, hesitant to hang out with Jordan, and making vague comments about her time away. It is then that the heavens opened up and said “Fear not, queer fans. We won’t leave you in the desert of heterosexuality that is the Smallville you have come to know. For we will bring you a bi awakening arc for a side character.”

At the end of season one, Sarah and Jordan are a wholesome, totally-in-love, sweet teenage couple. When season two begins, it’s clear that Sarah is wrestling with telling Jordan something, and she’s not sure how to be around him until she does. When school starts, Sarah meets new-to-Smallville Natalie (Tayler Buck)—the daughter in the earlier mentioned Black family who is in on the Kents’ superpower secrets. She’s also technically Jordan’s half-sister— and they immediately connect over the muscle car Sarah is fixing up with her dad. Natalie is a badass engineering genius, having built superhero suits that saved lives in season one. She also gives confident potentially-queer ‘This girl has been out in her hometown for years’ vibes. It’s worth noting that Natalie’s character is believed to be inspired by DC Comic’s Natasha Irons, a queer superhero who dates women in the comics.

What’s most exciting about this story arc is how comfortable and open Sarah seems to be with the fact that she’s kissed a girl.

Sarah invites Natalie home to work on the car together, forgetting that she made plans with Jordan. When they’re alone together, she asks Natalie, “Have you ever had a secret that you felt might completely change the way somebody feels about you?” “Yeah, I have.” Natalie responds without hesitation. Though Natalie says she’s pretty sure they aren’t talking about the same type of secret, she offers Sarah this advice: “Look, if you can tell him, then do it. But if not, you really need to get better at hiding it.” The conversation feels very safe-space queer-coded, and it seems to inspire Sarah to tell Jordan the truth: She kissed someone at camp.

“Her name’s Aubrey. She and I— I thought we were just friends at first, and then it just sort of happened.” The confession comes without shame or judgment, but there’s a shyness behind Sarah’s simple truth, offered innocently; A teenage girl vulnerable before a teenage boy. Navarette delivers the line with such delicate, casual brilliance that the moment itself inspires hope in her generation. When Jordan quietly asks, “So um, do you want to date her now?” It’s heartbreaking because we know how in love he is with Sarah. She firmly states that she doesn’t want to date Aubrey, that it was “just a camp thing” and “didn’t mean anything”. But the look of pain on Jordan’s face is the sadness of a boy whose first love just broke his heart.

Online reactions to Sarah’s queerness range from people who seem unable to comprehend the concept of bisexuality (“Why did they waste a season on her relationship with Jordan if she’s been lesbian the whole time?”) to fans who are thrilled they can ship Sarah with girls now. There’s also been some resentment at bi characters coming out through a cheating storyline (a trope which The CW often allows its bisexual characters to fall into), and questions about network’s apparent reluctance to give us queer male superheroes —both fair points worth raising. The most prominent reaction memes have been gifs of Katy Perry’s I Kissed A Girl and I Liked It, and posts about Sarah (who once sang in the school’s talent show) using American Pie’s “This one time, at band camp…” gif.

SARAH FROM SUPERMAN AND LOIS IS BI????? IM SCREAMING CRYING THROWING UP

What’s most exciting about this story arc is how comfortable and open Sarah seems to be with the fact that she’s kissed a girl. It appears that she spent time considering how she felt about the kiss, which blossomed from a close friendship and remains at peace with it. When Sarah tells her mom about the kiss, she says “I’m not ashamed or embarrassed” and her mom doesn’t appear to be, either. She warmly reminds Sarah that she’s never been afraid to show the world who she is, “and that makes me so proud to be your mother.”

The magic and complexity of bisexuality (if that is in fact how she’s going to identify!) is that Sarah could simply have realized her attraction to girls, confessed the infidelity to Jordan for honesty’s sake, and continued their relationship. It’s always sad when bisexuality is brought into the storyline through cheating, as it perpetuates a stereotype, but it would be great to see them continue a healthy romantic relationship knowing that she’s queer. As of episode three, when Natalie points out to Jordan that he’s keeping a bigger secret than Sarah did (that his dad is Superman, and he himself has powers), Jordan visits Sarah to make up: “I love you… and one kiss couldn’t change that. And I’m really sorry if I made you feel like it did.” Fans have reflected some disappointment that Sarah didn’t ever actually apologize, while Jordan ends up apologizing for his reaction to her infidelity.

Though she emphatically states that the kiss meant nothing, there may come a time when Sarah will want to actively explore her queerness. Some fans theorize that the spark between Sarah and Natalie will lead to them building cars together and kissing in the garage (it’s me, I am those fans.) Others, that the mysterious Aubrey will appear in Smallville in later episodes this season. Either way, I am hopeful that The CW seems to be including Sarah’s queerness with more sweetness than shame.

Based on official descriptions of the future episodes where “Natalie and her father share a bonding moment” and “Sarah and her family discuss her upcoming Quinceañera” (Yes, of course I’m reading too deeply into this; That is the life of queer fandom!) I expect there’ll be some good content to follow it all up. I hope to see Sarah’s confidence and comfort in her sexuality continue to radiate, and to have her flourish as a queer teen on TV for all the world to see.♦