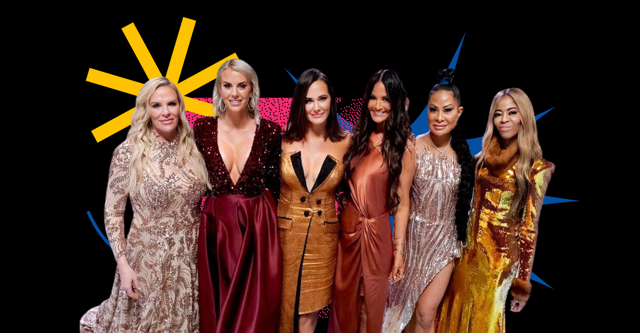 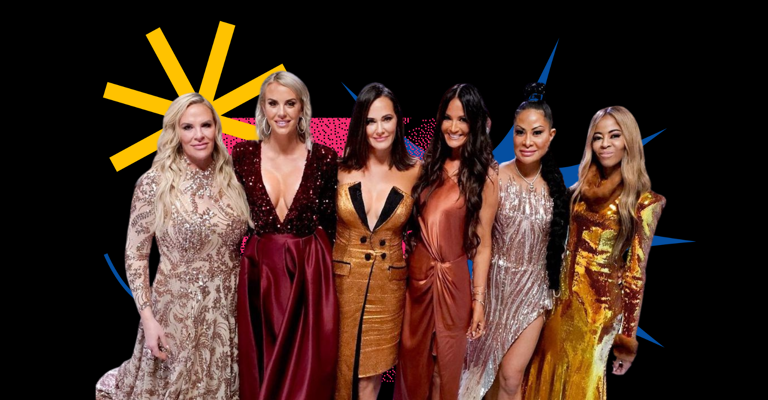 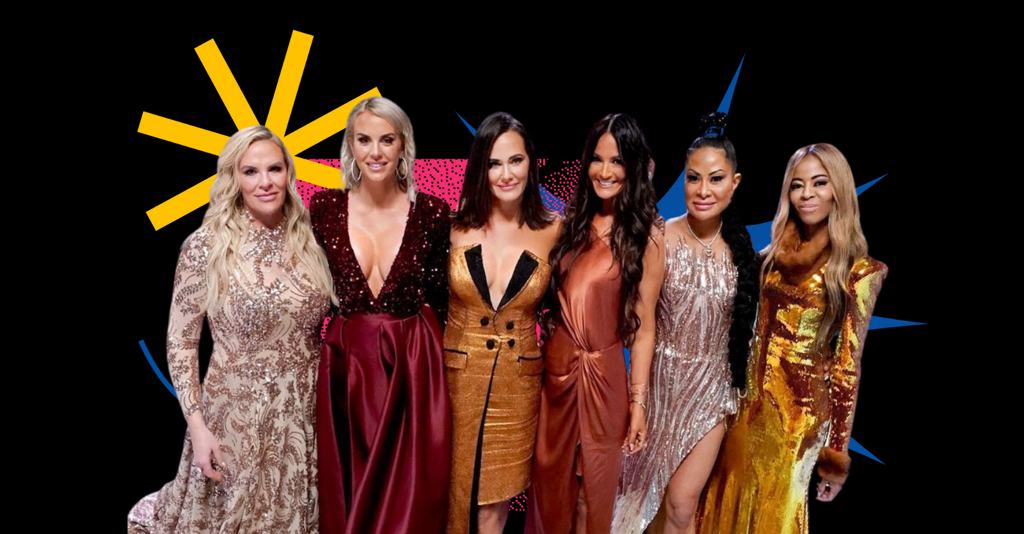 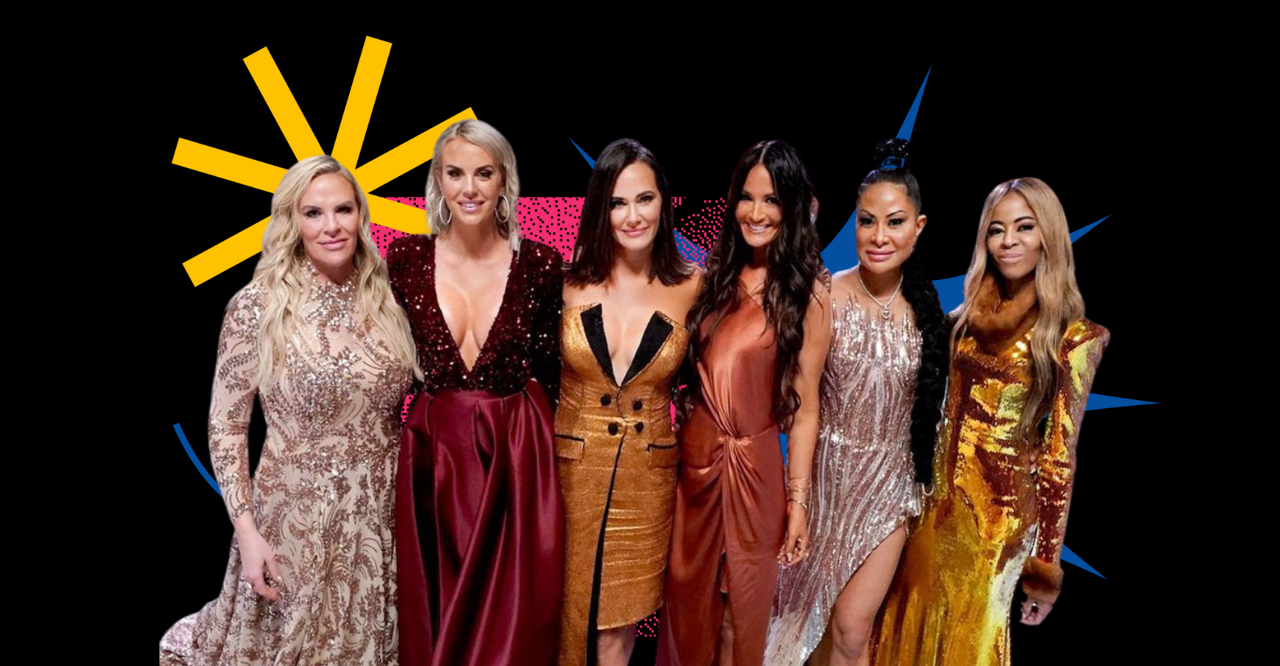 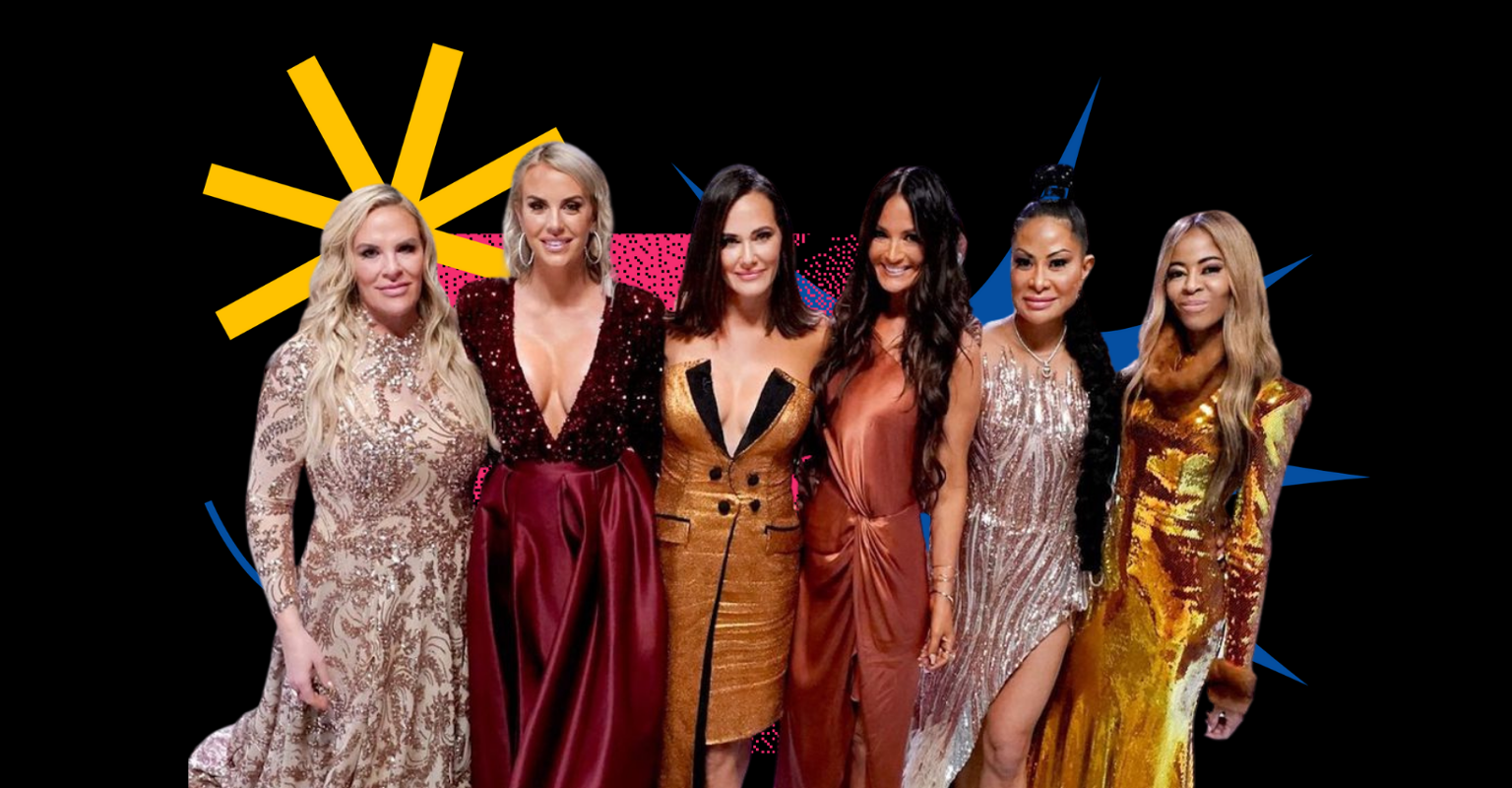 As a frequently broke trans woman in my late 20s, I might, on the surface, have little in common with the wealthy middle-aged women of the Real Housewives franchise. But spiritually, I frequently feel a deep connection to the housewives. Like me, these are women often very concerned with their performance of femininity, who struggle with society’s perceptions of them; not to mention, the frequent focus on cosmetic surgery and self-care is relatable to me as a trans woman who has spent hours under the laser. The Real Housewives frequently go through transitions of their own, even as cis women: adjusting to life post-divorce, learning how to be sober, or even dealing with the physical changes of menopause.

My gateway to the Real Housewives cinematic universe was Real Housewives of Salt Lake City, which first premiered in late 2020, around the time that I finally decided to transition. There’s an obvious clash between the frequent vulgarity and vanity of the Housewives aesthetic and the modest,buttoned-up image most people have of Utah, the Church of Jesus Christ of Latter-Day Saints (LDS), and Mormon culture, which caught my attention as a person of ex-Mormon experience myself. Not every woman on the show is or was Mormon, but there’s a range of lived Mormonism that differs from conventional straight-laced depictions of the Church: you have self-described “Mormon 2.0” Lisa Barlow, who participates in the Church but runs a tequila brand; Whitney Rose, who was excommunicated for a scandalous affair with her future husband; Jen Shah, who left the church after finding out about its history of racism; and Heather Gay, who is still passively Mormon at the beginning of the show, but feels alienated from the community.

Like me, these are women often very concerned with their performance of femininity.

With season 2, the show’s Mormon subtext quickly became buried in a flurry of real-life drama. In addition to the usual high-intensity friction between the housewives, there’s been Jen’s arrest on fraud charges, Mary Cosby’s uncomfortable marriage to her step-grandfather and accusations of cult leadership, and the recent revelation of racist, anti-vax, and generally bigoted Facebook posts from now ex-cast member Jenny Nguyen. Throughout all the drama, one of the few positive storylines on the show is Heather’s relationship with her faith, which offers an honest representation of Mormons that’s unlike anything I’ve seen on screen.

A business owner and mother of three teenage daughters, Heather struggles to uphold the tradition of her deeply Mormon family while being true to herself. She’s become a pariah from her congregation and family after a divorce from a man described, in her words, as the descendent of “Mormon royalty.” Heather so clearly wants to stop watering down her life — literally, since Utah’s religiously influenced law requires alcoholic beverages served at restaurants to be watered down —  but at first keeps trying to be Mormon because of how others might judge her for departing from the faith altogether. There’s a stereotype in church culture of the “Molly Mormon,” the perfect Mormon housewife who rears six perfect kids and spends her days quilting, scrapbooking, and baking casseroles for sick neighbors. At the beginning of the show, Heather still feels compelled to live up to the impossible “Molly Mormon” ideal, even if it’s not at all she wants to be.

My own Mormon family stretches back to the days of Joseph Smith, so I could relate to the intense pressure of tradition, but Heather’s storyline resonated with me because she was basically coming out on the show herself: not as queer, but as ex-Mormon. In season one, there’s an unexpectedly powerful scene where she gathers her daughters together and, on national television, shares with them her very personal decision to finally leave the church, a decision that upends one’s life and reorients one’s reality almost as much as a gender transition.

Though it took a backseat to the countless scandals and screaming matches, the fallout from Heather’s choice to leave the church is a running theme throughout the second season, as she grapples with the inevitable impact of her changing beliefs. She reaches out to an estranged sister who was iced out of the eternal family after deciding to leave the church decades ago, and even becomes something of a mentor to others in her life who have begun to question the faith they blindly subscribed to. Heather reconnects with her once-devout brother, who tearfully describes how his sister’s public questioning inspired him to rethink his own beliefs; she shares cocktails with a niece questioning the church’s rigid dogmas. Even beyond religious beliefs themselves, Heather teaches her daughters to resist the moral puritanism and patriarchy that controlled her life for so long, encouraging them to take advantage of the opportunities denied her as a young woman due to strict gender roles, whether education or one-night stands. In her own words, she frequently “grieves” the life she could have lived had she been open and free, something I’ve felt so often about my own time pretending to be both Mormon and a man.

In my heart of hearts, I know my life is so much better living outside both kinds of closets, religious and gendered, but when you’ve so often been told who to be, being your true self often feels like you’ve let others down.

When I left the LDS church at 18, there was really no older figure like Heather Gay, a role model of a happy adult life after Mormonism, let alone a television representation of the ex-Mormon experience. In my own life, ex-Mormons have been few and far between, and it can become easy to feel alienated when you remember everyone around you had a vastly different childhood than your own. I see in Heather something I’ve so often felt myself: a kind of internalized failure, where even if you know your life is better after leaving the church, there’s a shame in feeling like you couldn’t meet up to the expectations put upon you at birth. I experience that guilt not just as an ex-Mormon who split with my family tree, but as a trans woman riddled with imposter syndrome, which often comes in the form of a doubting voice that my life would be better if I could have just made it work as a man, because that’s who I was expected to be. In my heart of hearts, I know my life is so much better living outside both kinds of closets, religious and gendered, but when you’ve so often been told who to be, being your true self often feels like you’ve let others down: the parents and elders who saw you as a son to carry on the family line, the partner who thought you were a boyfriend, or the church that wanted you to be a pious servant of God.

One of Heather’s catchphrases in the opening credits—an iconic element of any Housewife persona–puts it almost poignantly: “Just like my pioneer ancestors, I’m trying to blaze a new trail.” Even though Heather Gay and I have both moved on from lives that held us back, there’s still a kinship with the ancestors who came before us. The beliefs might have changed, but the desire to radically transform your world and become the most perfect version of yourself is still the same.♦

Nadine Smith is a writer, DJ, and co-host of the podcast Hotbox the Cinema. Her work has appeared in publications like the New York Times Magazine, Pitchfork, the Outline, Bandcamp Daily, Observer, and the Nashville Scene.