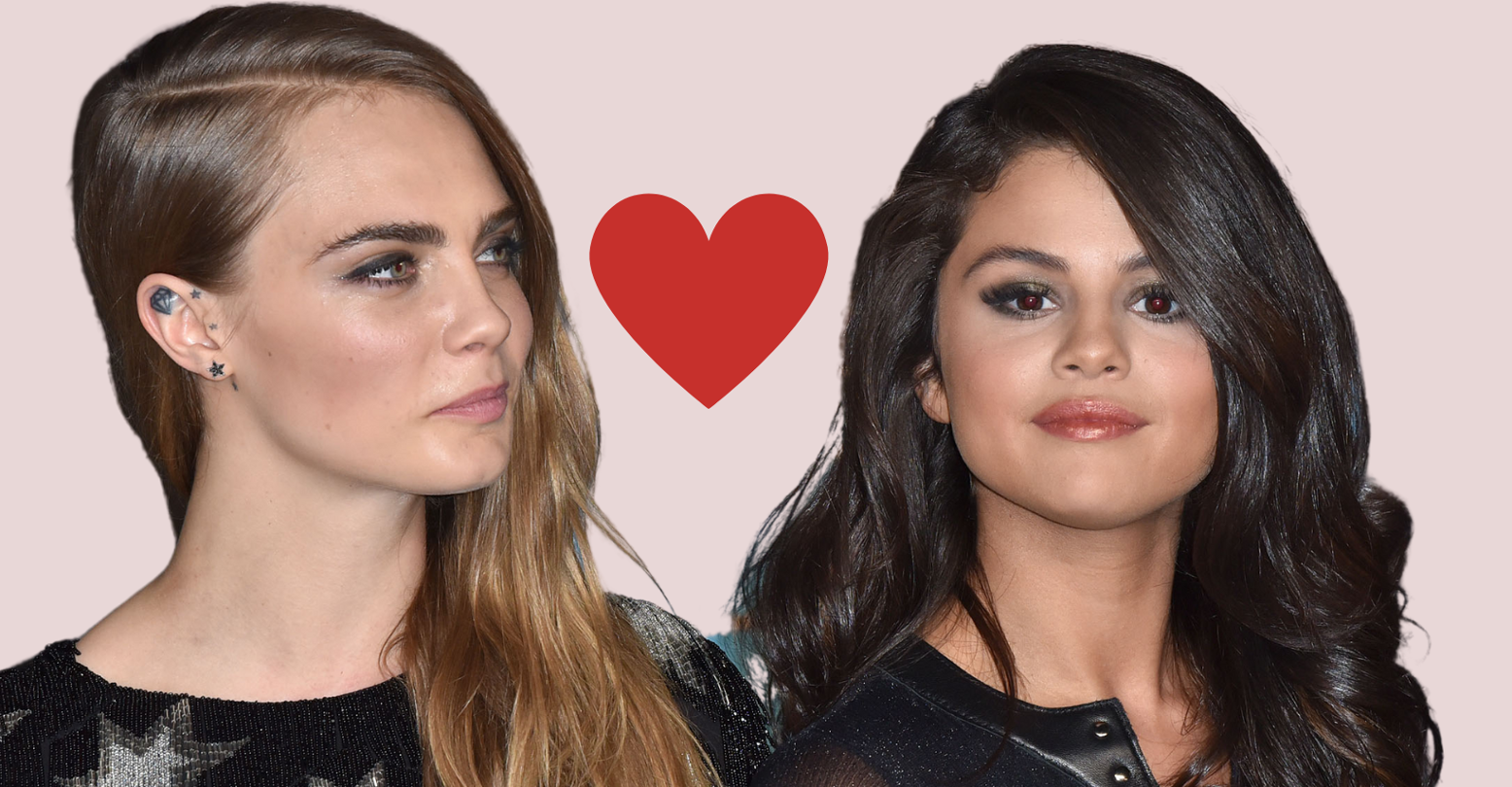 Season 2 of the whodunit comedy Only Murders In The Building has premiered on Hulu, and now it’s looking like the queers have also entered the building. Selena Gomez and Cara Delevingne shared a kiss during the new season that has sent the internet ablaze.

The series follows a group of true crime-obsessed neighbors who become embroiled in a murder mystery when a death in their apartment building is ruled a suicide. Gomez plays Mabel, a woman temporarily renovating the apartment for her aunt (who is a friend of the victim).

Delevingne is introduced in Season 2 as Alice, an art dealer who seems hellbent on getting close to Mabel for some mysterious reason. Turns out, her motive has less to do with murder and everything to do with making out.

Delevingne reflected on the kiss in an interview with People. “It was just fun,” she said. “Would anyone in the world not like to kiss Selena?”

While Twitter agrees, its review of the onscreen chemistry was a little more mixed.

Okay…let’s talk about that Selena Gomez and Cara Delevingne kiss scene in “Only Murders on the Building”
Everyone is saying “I’m 100% sure is not the first time they kiss” while I’m here claiming that this is one of the straightest “gay” kisses i ever saw in my entire life. pic.twitter.com/HiHWKVAozB

Either way, Delevingne had a good time. “It was just hysterical,” she continued. “It’s just one of those things, especially when you know someone so well, it’s the comfortability and you kind of have fun with it.”

Delevingne and Gomez first met when they were 15 (both are now 29) and have remained friends ever since. They both starred in Taylor Swift’s “Bad Blood” music video, and last year the pair got matching tattoos.

“We never get to see each other as much because we’re so busy,” said Delevingne. “So to be able to spend that much time with her, and also to be able to work with her, she’s just such an incredible person to work with whether I know her or not. She is brilliant, like one of my favorite actors I’ve ever worked with.”

Delevingne also identifies as genderfluid/pansexual and couldn’t pass up an opportunity to represent her community on screen. She said, “For me to be able to get to play a queer role meant so much to me, and [Selena] knew that. To represent that was really exciting.”