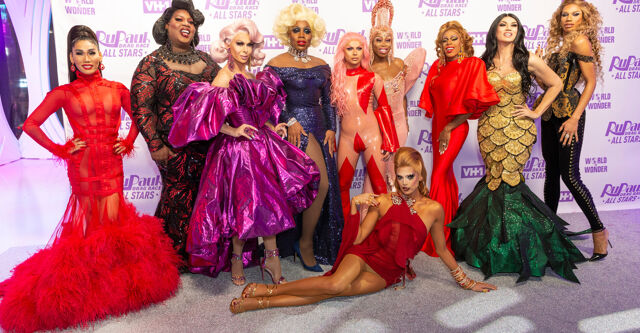 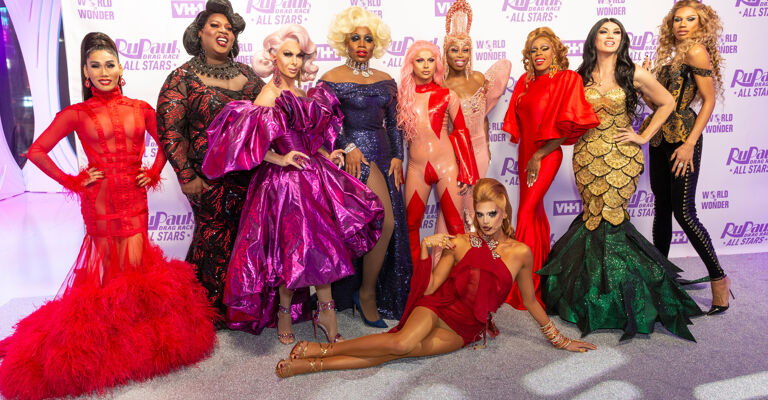 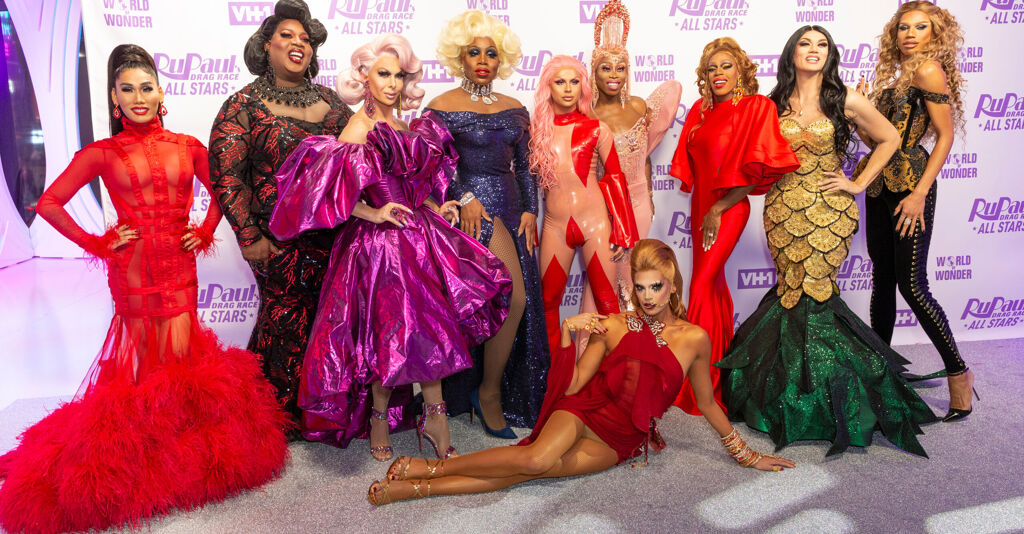 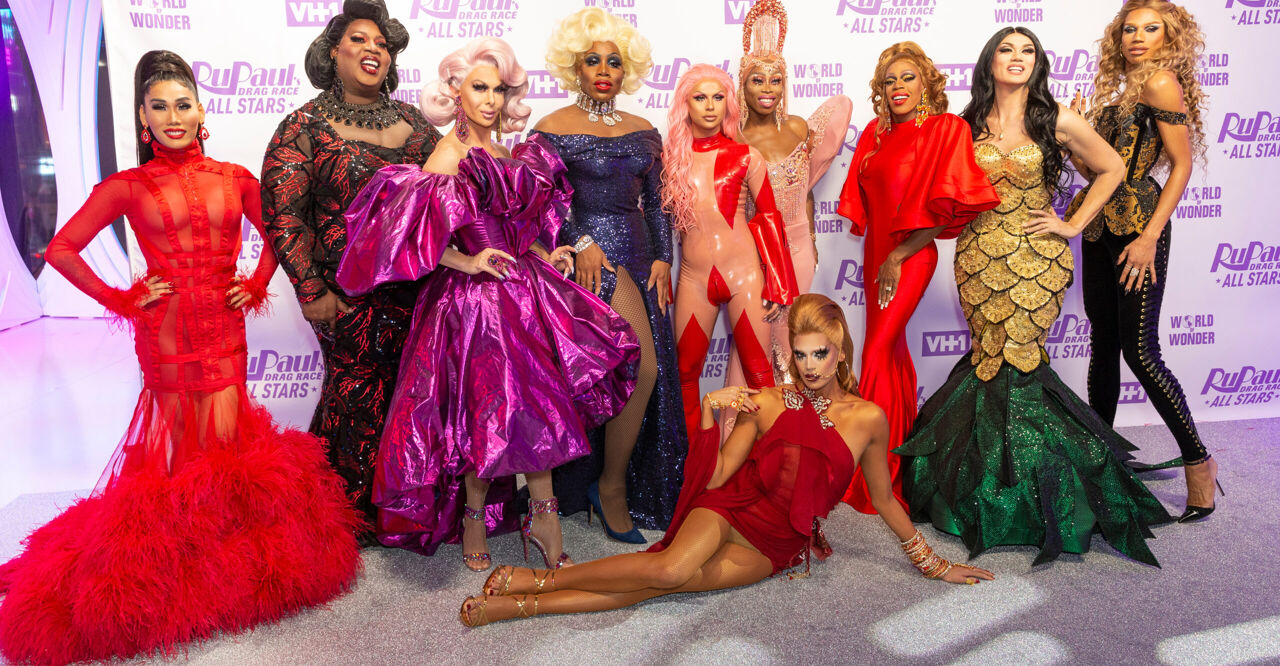 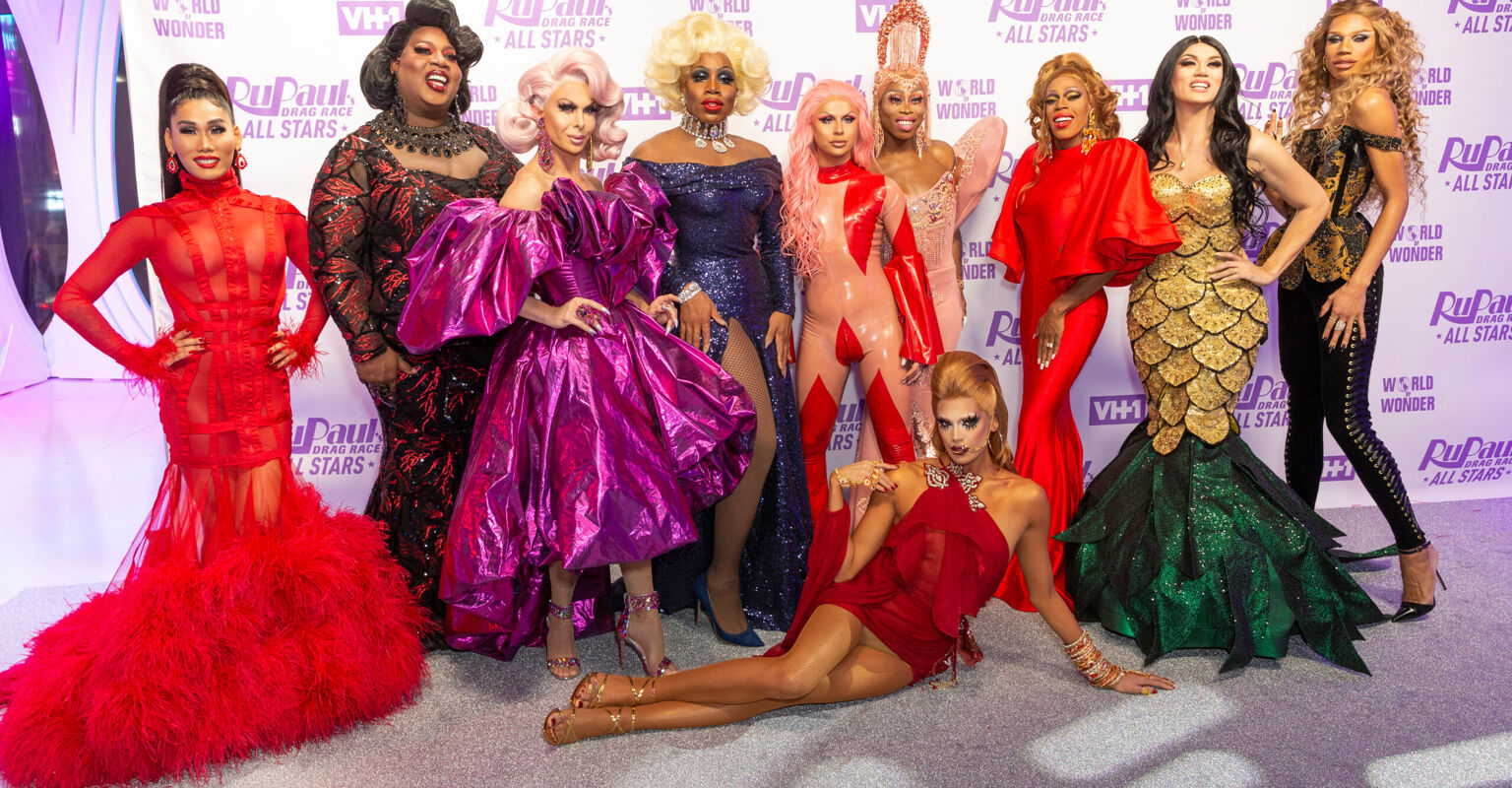 How do you solve a problem like Snatch Game? It’s a question that’s been on the mind of the “RuPaul’s Drag Race” audience for years now. Once the ultimate test of impersonation, improvisation, and intelligence, the cast of the US show’s most recent season failed the challenge miserably. For the first time in the show’s “herstory,” Snatch Game ended with a cliffhanger with DeJa Skye winning and the remaining seven contestants relegated to competing in a March Madness lip sync event.

A showstopping staple since Season Two, Snatch Game has been performed in some form over 30 times as part of the main franchise, All-Stars seasons, and international editions. Conceived as a parody of the 1960s game show Match Game, Snatch Game requires contestants to impersonate a celebrity—most often, but not exclusively, female-identifying—as they attempt to match fill-in-the-blank answers from guest panelists. Matching in Snatch Game is superfluous, however, as the real challenge lies in embodying a known person and giving them a fully-realized, humorous, and unique point of view. As RuPaul explained before the inaugural Snatch Game: “In the great tradition of drag you will be asked to appear doing your best celebrity impersonation. You will be judged on your look, your precision, and wit. And it really helps if you can make us laugh.”

While making RuPaul laugh is integral, there’s more to the Snatch Game than that. The performance demands constant characterization, adaptability, and agility in interacting with RuPaul, panelists, and fellow contestants. The game has been described by past contestants as a marathon, even if what we see on screen is a highly-edited sprint. But since the end of Season 14, the game’s legacy has been called into question.

Heralded as the worst Snatch Game in “herstory,” Season 14’s take on the classic challenge raised questions about its significance. Back in season 6, Adore Delano smartly declared: “Snatch Snatch Game. Snatch the title.”

She wasn’t wrong: about a third of Snatch Game winners have gone on to win their respective season crown, and there’s an even stronger correlation between a good Snatch Game performance and securing the top 3 or 4 spots most seasons. As Bianca Del Rio proclaimed, “This challenge is the one that’s gonna separate the talented ones from… the other ones.” And as Ru herself put it— slightly more bluntly—in season nine: “Time to separate the basic bitches from the fierce-ass queens.”

Perhaps we reached peak Snatch Game during seasons five and six, especially after the train wreck of Season 4 (one of the worst Snatch Games, ever alongside seasons 11 and 14.) Season five was the first time the Snatch Game winner became the series winner with Jinkx Monsoon, and what made that Snatch Game so memorable was how it paralleled the overarching narrative of the show. That season was dominated by the tension between the character-based, theatrically comedic drag of Jinkx Monsoon and the look-driven, club and pageant circuit drag of Alyssa Edwards, Coco Montrese, and Roxxxy Andrews. The Snatch Game that year resulted in three top performances by Jinkx as Little Edie from the iconic documentary Grey Gardens, Alaska as NYC drag queen Lady Bunny, and Roxxxy Andrews as Tamar Braxton from the reality series “Braxton Family Values.” The rivalry between Jinkx and Roxxxy made it an epic Snatch Game and their individual successes showcased the depth of variety Snatch Game could offer.

Jinkx’s Little Edie was a risky choice, as most queens in the room did not know the character, a possibility that also extended to the audience. However, Jinkx claimed Little Edie as a kindred spirit, delivering a pitch-perfect performance full of nuance and subtlety. Roxxxy Andrews, on the other hand, went for an equally iconic performance with the boisterous contemporary character of Tamar. More fascinating than the differences between these two performances were their inherent similarities: Wasn’t Grey Gardens just a blueprint for today’s bingeable reality television? Isn’t Tamar Braxton living in the shadow of her sister Toni, just like Little Edie was with her cousin, First Lady Jackie Kennedy? The juxtaposition of these two characters, combined with the rivalry between Jinkx and Roxxxy as drag performers and competitors, made for a riveting episode. As Jinkx said in the episode: “Improv, wit, impersonation skills, without these a drag queen shouldn’t call herself a drag queen.”

As the series evolved, so did Snatch Game. Season Six, featuring the franchise’s strongest cast, produced several great performances in its Snatch Game including winner BenDeLa Crème as Maggie Smith, season winner Bianca Del Rio as Judge Judy, finalist Adore Delano as Anna Nicole Smith, and criminally underrated and dark horse competitor Joslyn Fox as Teressa Guidice, with some of the best-constructed jokes to ever appear on Snatch Game.

Winner of Season Eight and of their season’s Snatch Game, Bob the Drag Queen, became the first contestant to play two different characters, followed by Nina West, Widow Von’Du and Blu Hydrangea. Most recently, there has been a micro trend of fashion queens exceeding expectations by winning Snatch Game with Aquaria in season 10, Gigi Goode in season 12, and Gottmik in season 13.

But what went so wrong with Season 14? Can it be corrected for future Snatch Games? Have the changes in Snatch format made any difference?

Probably not: No matter what form it takes, a good Snatch Game performance comes down to character choice. There are several recurring categories for characters, with past queens taking inspiration from the worlds of fashion, comedy, and politics. The greatest representation often comes from pop music (your Beyonces, Britneys, and Whitneys), Old Hollywood (Mae West, Joan Crawford, or Marlene Dietrich), and fellow Drag Performers (RuPaul, Divine, and former Drag Race contestants). Reality television and, increasingly, social media stars from YouTubers to Instagram celebs have become a part of Snatch Game in recent years, such as the double whammy of Season 13’s Patrick Starrr (Kandy Muse) and Jonathan Van Ness (Denali.) And for all its faults, Season 14 did have an interesting cross-section of characters, including Gwyneth Paltrow, William Shakespeare, and Lil Jon.

Heralded as the worst Snatch Game in “herstory,” Season 14’s take on the classic challenge raised questions about the game’s significance.

One potential answer is that the game was designed to fail last season, considering that the lip sync for your life tournament must have been planned from the start of the season. Drag Race has become increasingly fond of this format, using it in All Stars 4, Season 13, and All Stars 6. This also would explain RuPaul’s detached nature during the walkthroughs and as host of Snatch Game. As Snatch Game has developed over the years, RuPaul has become increasingly hands-on when it comes to character choices, challenging queens in the room and sometimes even making suggestions for switching characters (not always to the queens’ benefit.) But even Ru’s criticism felt lackluster: There was no “H&M” moment, no scolding, no sudden six-way lip sync for your life. The critiques were casual and forgiving despite the cliffhanger, and the contestants all seemed to understand that they’d underperformed.

Perhaps this is all in the producer’s hands and we, as an audience, must suffer through whatever questionable decisions they make for us. Hopefully the coming season’s Snatch Game can be salvaged by a focus on casting queens who can excel at the game, as the queens are required to submit characters as part of their audition reel.

But this doesn’t guarantee something good. Granted, there are some barriers to Snatch Game, such as not being able to perform copyrighted material, the barring of controversial characters s(uch as Trixie Mattel’s Anne Frank) or the rumor that Brooke Lynn Heights was not allowed to perform as Caitlin Jenner after Trinity the Tuck had done so on All-Stars. Does any of this bode well for the future of Snatch Game? It remains unknown. Is a bad Snatch Game better than no Snatch Game? Well, possibly. Perhaps the producers see a benefit in having a particularly bad Snatch Game that increases the stakes of the competition.

Still, at the end of the day, Snatch Game gets to the heart of what drag is all about. One of the most interesting moments of Season 14’s Snatch Game episode was a seemingly throwaway line in which Bosco discussed the significance of celebrity impersonation to the art of drag. This comment, by implication, suggests that impersonation is a historical part of drag and less important to contemporary drag. It’s an interesting thought, considering how few queens known for celebrity impersonation have been included on the series, such as Chad Michaels, Coco Montrese, and Derrick Barry.

The absence of queens skilled in the art of celebrity impersonation is underscored by queens that are often caught saying that impersonations are not a part of their act (now as common as hearing a queen confess they do not know how to sew.) It’s possible in the contemporary age of “RuPaul’s Drag Race” which has made hundreds of drag queens celebrities themselves that the art of celebrity impersonation is dying out. The franchise has increasingly incentivized personal branding and exposing individual queen’s stories on the main stage. Perhaps the queens competing on the show no longer see the value in investing heavily in Snatch Game. In Season 12, Jackie Cox reprimanded her fellow contestants for their poor Snatch Game performances, arguing that it was “the challenge you have the most time to prepare for.”

However, season 14 came ill-prepared. The show must now contend with echoes of what Vanjie said in season 11: “whatever you do, it’s going to follow you.” ♦