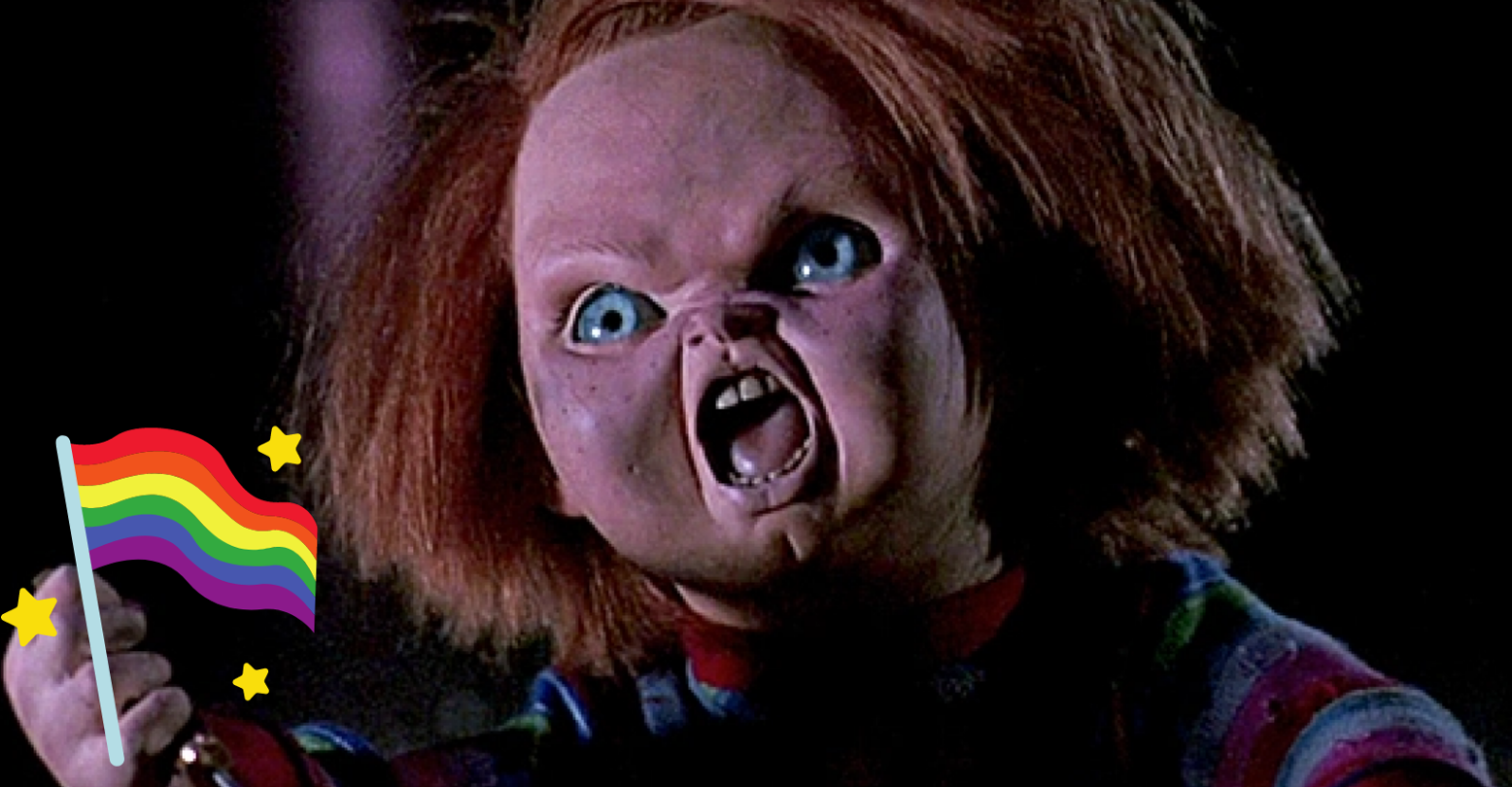 Chucky—the serial killer who is trapped in a doll’s body and is responsible for an entire film franchise of murderous rampages—is an ally. In the ongoing SyFy series Chucky, the killer doll confesses to his new child owner, Jake Wheeler, that he is totally cool with his genderfluid kid.

The conversation comes about in the second episode, after Chucky discovers that Jake has a crush on another boy at school. Chucky reassures him that being gay is fine, sharing that he has a queer/genderfluid kid.

Jake asks, “And you’re cool with it?”

homophobic pennywise is out, tolerant chucky is in pic.twitter.com/NtGe6VYvqV

The kid he’s referring to is Glen/Glenda, largely featured in Seed of Chucky (2004) after their conception and post-credits horrifying birth in Bride of Chucky (1998). Chucky and his bride Tiffany can’t agree on the gender of their child, with Chucky naming them Glen and Tiffany naming them Glenda.

In one Seed of Chucky scene, Glen/Glenda has an outburst in the middle of their parents’ bickering and says, “What about what I want?” Just like that, it finally occurs to the parents to consider asking their child what they feel their gender is. “I think I want to be a boy,” they say, adding, “but being a girl would be nice too.” They later clarify, “Sometimes I feel like a boy, sometimes I feel like a girl. Can I be both?”

While it’s pretty clear what Glen/Glenda was getting at way back in 2004, the conversation between Chucky and Jake in the new TV series marks the first confirmation that Glen/Glenda is canonically genderfluid. The internet could not be more overjoyed.

Why is Chucky better than most conservatives at accepting gender identity, wtf is this timeline https://t.co/1HRSYnUu47

Chucky and Tiffany’s child being gender fluid and being labelled as such is honestly the wildest and coolest act of NB representation in horror lol https://t.co/LFNckhdgkX

So are you saying Chucky is our new Ally❓👁👁🏳️‍🌈 pic.twitter.com/QdDoiFAVQz

The franchise has always had queer undertones and side characters throughout the years—thanks to the hard work of its out creator Don Mancini—but the new television show is finally bringing these references to the forefront. Now, not only does it have a gay teenager as its protagonist, it has made Glen/Glenda’s queer status official.

But, like a lot of things Chucky does, the motives for his allyship are less than altruistic. Mancini has said that he wants to use Chucky as a metaphor for bullying. “[Chucky] is charming and he’s funny,” he says. “Bullies can appear to us in that guise and be seductive.”  But even if Chucky is only using this anecdote as part of his ploy to manipulate Jake and eventually steal his body, that doesn’t mean he isn’t being truthful about his support for Glen/Glenda.

The second episode of Chucky is due to air on SyFy tonight (October 19th) and will also be available for streaming on Hulu.