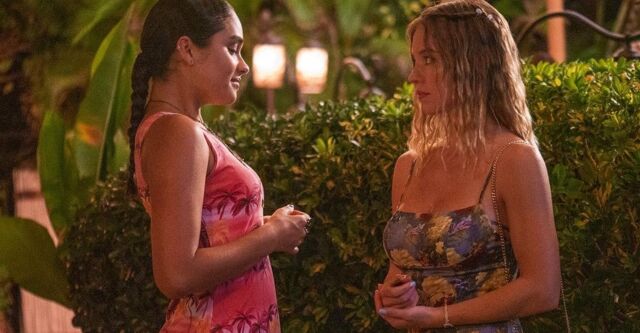 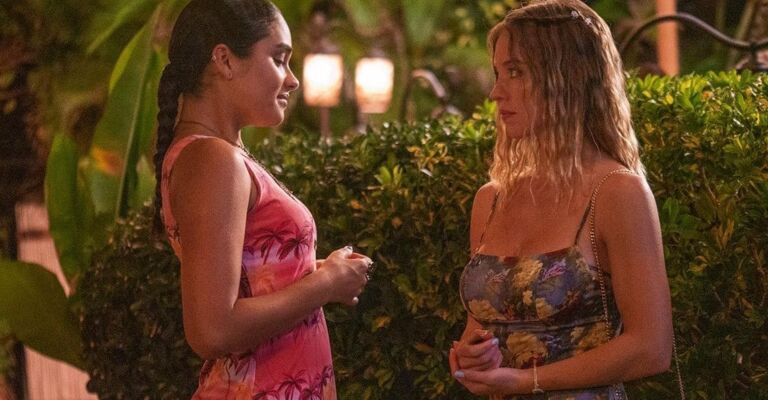 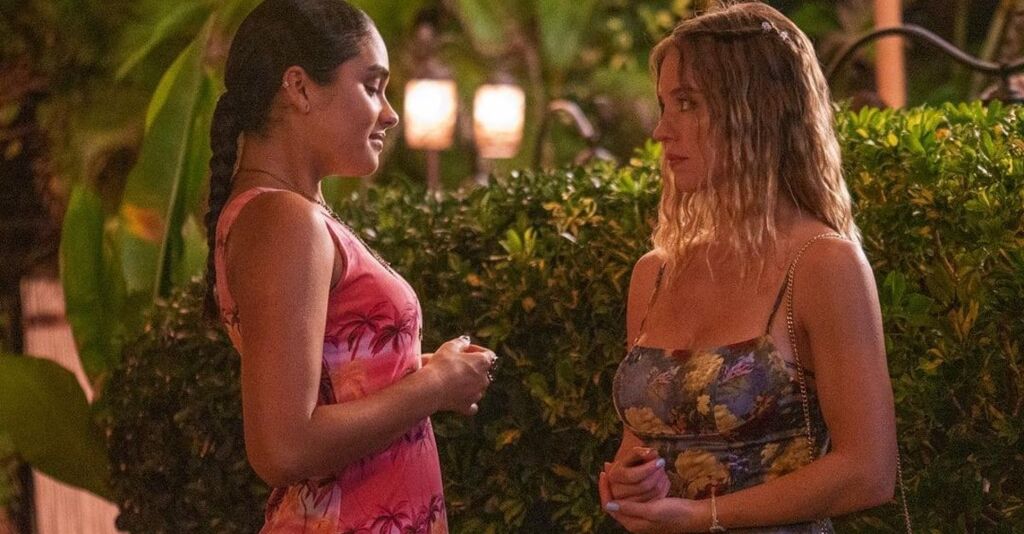 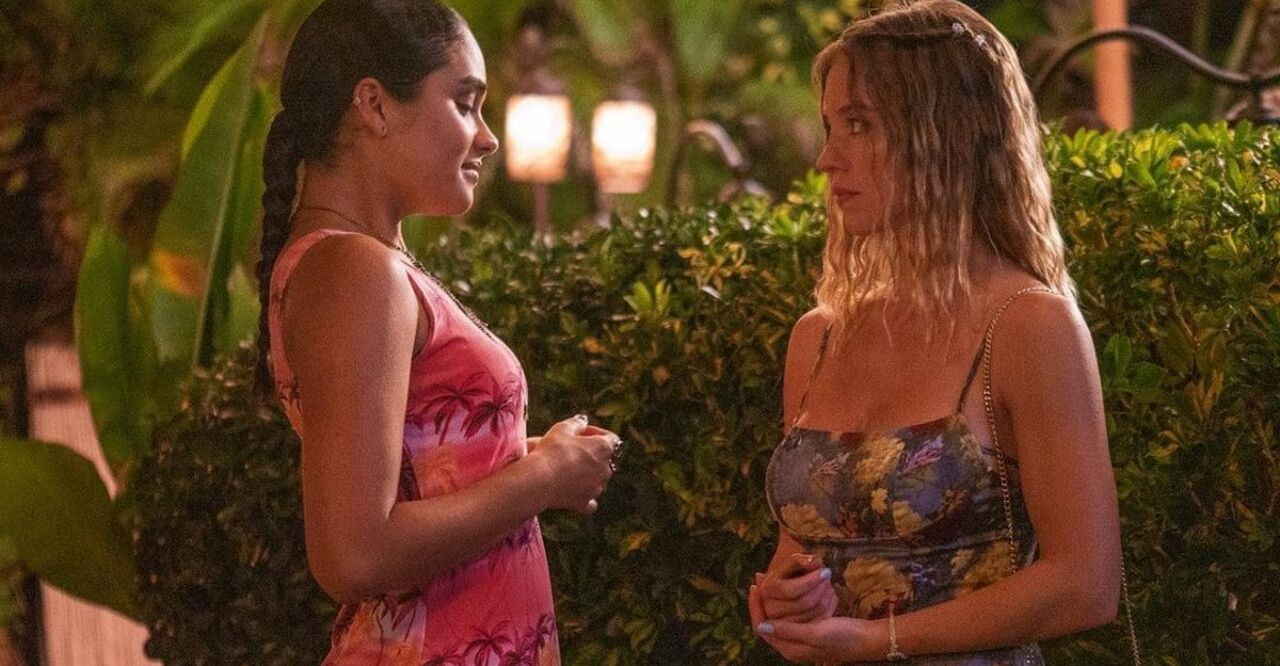 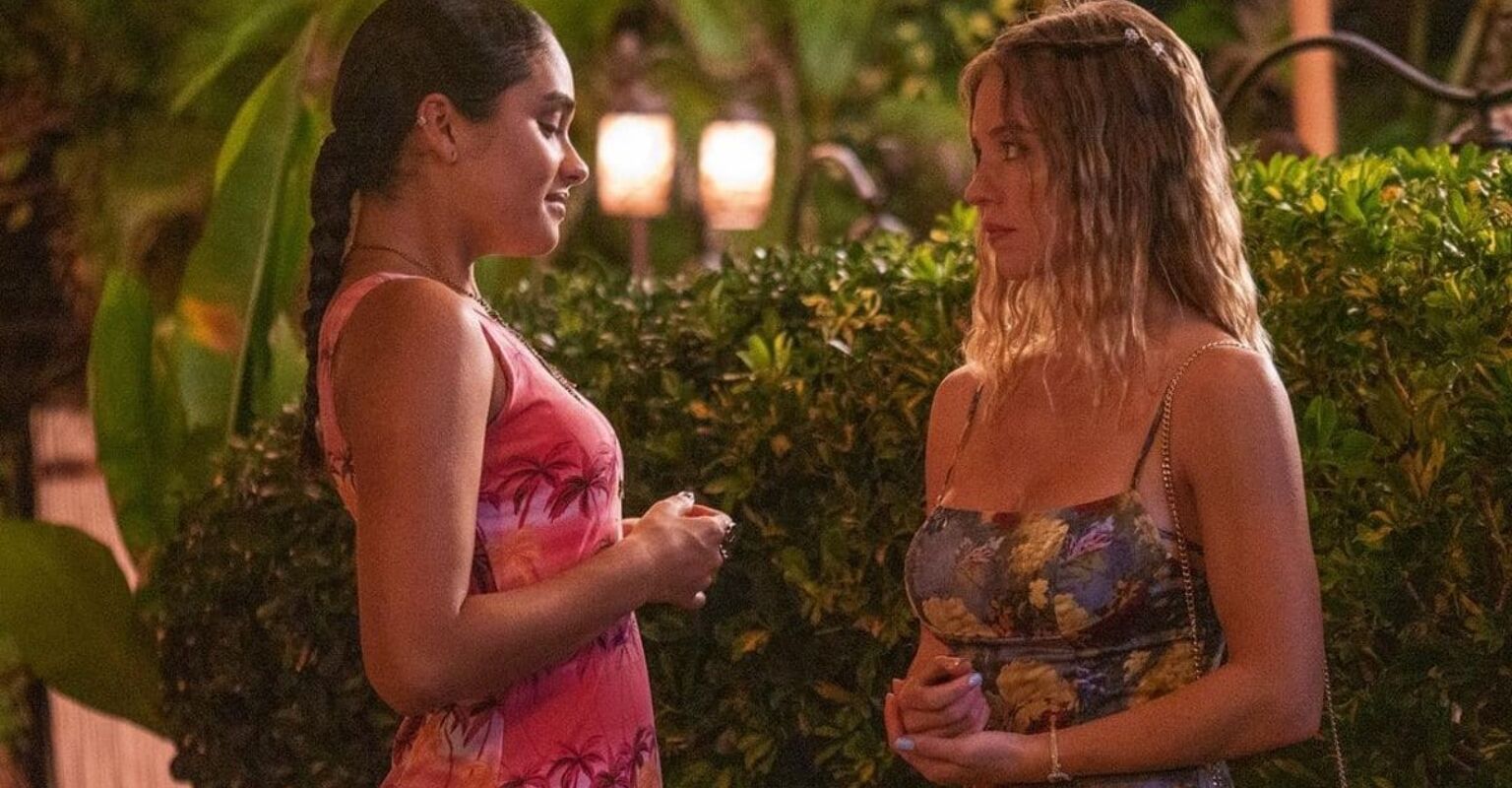 Spoilers for “The White Lotus” below

If you haven’t had the pleasure of tuning in to Mike White’s new HBO series “The White Lotus,” let me break it down for you. It’s about an absurdly lush, wildly dysfunctional resort located in Maui, Hawai’i, and the (mostly) white people who stay there. These white people include Nicole Mossbacher (Connie Britton) as a conservative tech girlboss, her husband Mark (Steve Zahn) a man who, while on vacation, learns his father died of complications related to AIDS, and their children, porn addict Quinn (Fred Hechinger) and closeted lesbian Olivia (Syndey Sweeney.) That’s not all: we also get Jennifer Coolidge as Tanya, a woman mourning the death of her awful mother, Brittany O’Grady’s Paula, Olivia’s best friend, and Natasha Rothwell’s Belinda, a new age spa manager and gifted masseuse. There’s also a boring straight newlywed couple who get to share the bulk of the show’s most absurd exchanges. The wife, Rachel (Alexandra Daddario) is a journalist who actually just writes listicles like “10 Badass Women Changing the Tech World.” She’s considering giving up her career, and for the first time in the history of this trope, I actually agree with her gross husband: she should just quit and spend the rest of her life being rich. Which, to be clear, are 100% the only options she’s given in this show.

Don’t get it twisted: The show being ridiculous is a key selling point. The music, a cacophony of high-pitched flutes and groans by Cristobal Tapia de Veer, is brilliantly insane, clueing us into key scenes of emotional distress as all the guests (and staff) at the resort fall apart spectacularly. But the more interesting aspect? How laced with gayness the show is.

“The White Lotus” isn’t a show with one gay arc or character. That’s what’s cool about it: almost every character has to contend with queerness in some way, whether they are themselves queer or not. Take Steve Zahn as Mark Mossbacher, an unambitious trophy husband who, upon learning of his father’s hidden queer sexuality, basically falls apart and goes rogue, insisting on a course of radical honesty that basically traumatizes his young, awkward son in public. His daughter Olivia is the one who seems the most excited about the revelation. She trolls her dad by asking whether her grandfather was a “butch top” or a “bossy bottom” and concluding (fully incorrectly!) that he “probably got AIDS from receiving.”

Nope Olivia, that’s 100% not how it works, and I’m pretty sure you’re gay, so you really should know that.

“The White Lotus” isn’t a show with one gay arc or character. That’s what’s cool about it: almost every character has to contend with queerness in some way.

On the subject of Olivia: she’s clearly in love with her best friend Paula, who is one of the only people of color staying, rather than working at, the resort. Paula, for her part, is busy hooking up with Kai, a native islander who we later learn was robbed of his family land by the resort itself. He’s now forced to work for the very people who stole his birthright, and Paula is the one who’s more horrified by the racist reality of resort culture than any of the rest of her cohort. She sneaks out of bed every night to meet Kai, while Olivia grows more and more discomfited by the idea of Paula having a romantic relationship with someone that isn’t her.

These two are destined to have a lesbian fallout a la The Best of Everything, and I personally can’t wait for it. Until then, there’s the resort’s chaotic manager Armond, played exquisitely by Murray Bartlett of “Looking” fame. Not only is the name Armond, along with the character’s look and facial hair, a clear reference to Robin Williams’ character in The Birdcage, Armond is actually, fully gay. He’s obsessed with Lucas Gage’s Dillon, the young resort employee who seems vaguely stoned most of the time. In the series’ latest episode, we got a glimpse of the two engaged in a hilariously timid ass-eating scene.

The queerness on display here is messy, real, and pervasive.

But the queerness on display here is messy, real, and totally pervasive. That’s what’s great about it. Even though the show’s queer characters are often horrible, predatory, and straight-up jerks, they’re still fascinating and they feel real. Hell, even Jennifer Coolidge’s crush on Natasha Rothwell feels like a solidly lived-in dynamic. And within all these relationships, the show is doing what it does best: exploring the hidden power dynamics at play between friends, lovers, and employees when one party is extremely wealthy and the other is not. The show is weirdly brilliant about showing how, even in friendship, there’s an element of use and performance to the way rich people parade their less fortunate friends and relations around. “I’m sorry my family is defective,” Olivia whispers to Paula in bed one night, “but I’m not like them.”

Oh yes you are, Olivia, and the show is most certainly going to bear that out.

In the meantime, I’m keeping my eyes peeled for more ass play.♦